Generals » Don't blame me, I voted for the other guy. (Politics General) Search Posts
Started by Archonix
Posted 5 years ago
140448 replies
Subscribe

Somehow Omnipresent?
@Beth
no u
In any case, you’ve been shitting up the thread with complete nonsense for three days now and nothing you’ve said in that time makes any real sense or has any real value. A one night drunk/high posting spree is understandable; this is just nonsense.
Posted 3 months ago Report
Link Quote Reply
Background Pony #6582
I watched 2 videos about Viktor Orban, and he’s basically Trump, but with an IQ above freezing.
Posted 3 months ago Report
Link Quote Reply

Unemployed Brendon
Deletion reason: Rule #6 - please at least attempt to not shitpost in here so much
Posted 3 months ago Report
Link Quote Reply

Unemployed Brendon
The picture I posted intentionally depicted a ‘stupid’ character refusing to surrender his firearm. To illustrate that it’s stupid people who will be hardest to deal with during gun control.
I’ll try harder to have a point next time i say something, instead of fetishizing evil because i’m inherently pessimistic.
I suppose you’re right. Saying stupid impulsive things is thought provoking sometimes, but I been doing it for a while. I got more important things to do, see everyone in the vent thread.
Posted 3 months ago Report
Link Quote Reply

A potential hope spot for Democrats lies in the MN-01 Special Election. Republican Brad Finstad, who was already expected to win, is on track to win this Trump+10 district by just 4 points, a rather significant underperformance. As Cook Political’s Dave Wasserman pointed out on Twitter, this is “remarkably consistent” with the Republican underperformance in the NE-01 (Trump+11) special election, which saw Mike Flood win by just 5 points.
Wasserman says this might be evidence of the partisan enthusiasm gap closing post-Dobbs.
Posted 3 months ago Report
Link Quote Reply

Cool Spook
Since “super straight” is on my mind, is there an actual term/are there actually terms for being straight/gay and not into dating trans people?
Posted 3 months ago Report
Link Quote Reply

Unemployed Brendon
I don’t get the point of super straight. When have straight people ever been not able to express themselves?
Aren’t straight people like 80-90% of all sexually active people? Super Straight memes make straight people look like a minority, just because straight people aren’t the center of everyone’s adoration all the time.
What other terms for straights not dating trans people? I have no clue, trans people are pretty hot. I don’t think that not being into trans is transphobic though. Wanting someone who can have kids isn’t transphobic atleast.
Apparently there is straight people that get physically ill any time someone is positive about another sexuality. I guess they’re super straight.
Posted 3 months ago Report
Link Quote Reply
Background Pony #D717
@Meanlucario
Doesn’t cishet kinda cover that, or am I using the wrong term here?
Posted 3 months ago Report
Edited 3 months ago
Link Quote Reply

Unemployed Brendon
@Background Pony #D717
Cis means the person is not trans, and het means heterosexual. How the words go these days if a man dates a trans women, he’s still straight. This is a bit confusing for me, most people who identify as straight have no romantic interest in trans.
There might not be a good term for straight people that don’t date trans. Maybe there should be, but ‘super straight’ already sounds inflammatory and insecure.
If we do get a term for people who don’t date trans, no doubt it will be weaponized, and even if people sincerely use the word without hate, it will still be used to harass trans people.
Maybe super straight doesn’t have to be a bad thing, I just associated it with douchy insecure comics. The word super inplies some sort of superiority maybe, which could be offensive to some people.
Posted 3 months ago Report
Link Quote Reply
Background Pony #6582
“Liberals in America would be far-right in Europe!”.
Yeah, no. There are some FAR-right politicians in Europe. The people who say this need to educate themselves on European politics. Europe has plenty of right-wing politicians.
Posted 3 months ago Report
Link Quote Reply

Somehow Omnipresent?
In a shocking development, while being questioned during an investigation into the Trump org’s financial fraud, Trump plead the fifth. It should be noted that on several occasions Trump has stated that only criminals plead the fifth.
He also took the opportunity to call the NY AG a racist, just to keep things classy.
And news from another asshole,

Elon Musk admitted to his biographer that the reason the Hyperloop was announced—even tho he had no intention of pursuing it—was to try to disrupt the California high-speed rail project to get in the way of that actually succeeding.

Unemployed Brendon
@The Smiling Pony
TFW you fuck up all of human infrastructure for short term goals. I expect nothing less from America.
Posted 3 months ago Report
Link Quote Reply

Part-time Pizza Cat
Inflation has nosed dived much faster than expected, and the markets acted accordingly, all three major indexes surged and are still climbing.
The jobs report, mixed with the declines in inflation and dropping gas prices are fueling speculation that we may avoid a recession.
Posted 3 months ago Report
Link Quote Reply

CHS, Class of 20XX
@The Smiling Pony
The funny thing is, he’s not wrong in this case. The Fif doesn’t protect you in civil suits like this one. Courts are allowed to draw an “adverse inference” from a refusal to testify. So you should only risk it if you have really do something to hide. (Financial damages are bad. Federal prison is worse.)
@Zincy
I’m seeing a 0% increase for July? That’s amazing. Year-over-year is still high, 8.5%, but the more good months we have the sooner that’ll come down.
Posted 3 months ago Report
Link Quote Reply

Somehow Omnipresent?
@Background Human
Oh, I know. I just find it funny how quickly the party of “only criminals ask for a lawyer”, “back the blue”, and “if you’ve done nothing wrong you have nothing to hide” change tune when it’s them being investigated, and not some minority jacked up for carrying too much weed.
Now for what might be so fucking funny it could give us a new “hoisted by his own petard” (I’m voting for “Trumped himself”),

After calling for Hillary Clinton to be jailed, in 2018 Trump signed a law that stiffened the penalty for the unauthorized removal and retention of classified documents from one year to five years, turning it into a felony offense

Part-time Pizza Cat
@Background Human
One more fed rate hike to cool the housing market, and maybe some debt relief for students, and I think the economy will be purring.
Posted 3 months ago Report
Link Quote Reply 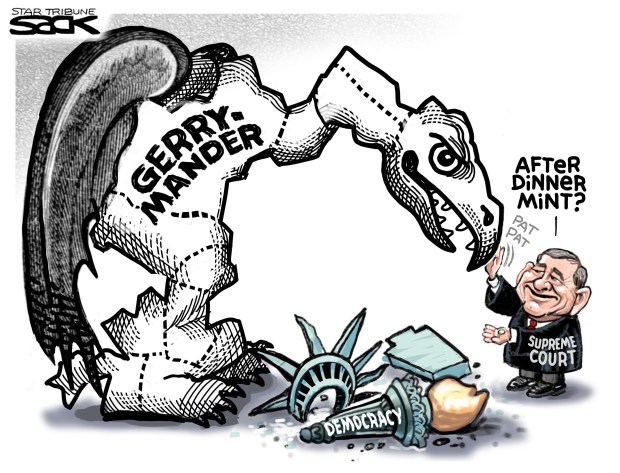 Unemployed Brendon
@The Smiling Pony
yeah I heard of those things too. For some reason I assumed these could distractions from the most shameful reason, but I know for a fact that pharma also hates weed.
marijuana reduces painkiller abuse. Or at least painkiller abuse went down in states that legalized marijuana.
Marijuana is good for pain, epilepsy, seizures, mood/behavioral disorders. Withdraw effects are none physically. It’s not good for driving or operating heavy machinery though. It can reduce withdraw effects and cravings of other drugs.
Painkiller abuse is deaths favorite pastime. People that get injured eventually find out painkillers feel really good, and make their problems go away. Painkillers suffocate the body by suppressing your breathing reflex even if you cling to life, you can have reduced brain function from hypoxic conditions.
Painkillers are addictive because the withdraw makes people feel hot, and in pain, and tingling all over, they might be manic or delusional, with general dysphoria. They can make all this terrible stuff go away by just taking another painkiller.
I think weed killed someone once. A bail of it landed on him and broke his neck. Lol jk, actually weed might be responsible for a concerning amount of motor fatalities, and cardiac events. Weed does raise blood pressure, for 15 minutes or post hit, so if you have heart concerns you might not want to be inhaling stuff.
Posted 3 months ago Report
Link Quote Reply

Moderator
友情は魔法だ
@CaptainXtra
It’s kind of an example of doing the wrong thing for the right reason.
Yesterday was the day those maps were used in the preliminaries, and trying to redistrict everyone and get all the new ballots created and distributed in time was impractical, and probably would have caused a lot of messes.
Hopefully they’ll make the changes now before November though.
Although I’m sure that voting in the preliminaries yesterday, then finding out that you’re no longer in the district where that person is running in November, will be as bad as if they’d tried to change them in time for yesterday’s votes.
2LDR: Voting in the United States is horrifically stupid and broken.
Posted 3 months ago Report
Link Quote Reply
Background Pony #1D40
@Background Pony #6582
Europe is very much into social spending, so financially Democrats would be considered center or right-wing. Nobody batted an eye when a far-right party proposed government-issued coupons for cultural institutions and events. You would get some coupons, enter cultural events, museums, etc. by redeeming the coupons and then the institutions would get paid by the government based on amount of redeemed coupons.
But things like immigration, gay marriage, abortion, etc. are not so obvious and vary across Europe. In one country, only far right would oppose gay marriage, while in another country, center parties see no pressing reason to legalize it. In one country, only far right would stop immigrants from entering, in another country only the left would let them in.
Other topics like guns, drugs, surveillance or freedom of speech are even more surprising for Americans. You might have right-wing parties that try to ban guns and left-wing parties that support gun ownership.
Posted 3 months ago Report
Edited 3 months ago
Link Quote Reply

Kazapsky
Five scoops of ice cream
@CaptainXtra
Because every state in the union isn’t already gerrymandered to hell and back.
/sarcasm
Posted 3 months ago Report
Link Quote Reply
Interested in advertising on Derpibooru? Click here for information!