Generals » Don't blame me, I voted for the other guy. (Politics General) Search Posts
Started by Archonix
Posted 5 years ago
135395 replies
Subscribe

Is that a 5*?
@Beth
And everyone having nukes is why Russia is committing genocide. Funny how that works out.
Again, other first-world countries don’t have the same issues with healthcare as the USA from what I’ve heard. Maybe if we cared more about our own health and the health of others than owning a device who’s main purpose is to kill others, teeth wouldn’t be considered a luxury.

guns would just make it funnier

You have no idea how that makes you sound like a psychopath. And last I checked, humans are suppose to be trying to be better than animals. If the only halfway-decent argument you can make is “but animals do it without guns, so we should have guns,” than you have no good argument. Guns are a privilege that has been abused for far too long, and the more people threaten violence to those who question if should be anywhere near any weapon, the more they prove that they don’t deserve that privilege.
Posted 3 days ago Report
Link Quote Reply

@Meanlucario
“You have no idea how that makes you sound like a psychopath.”
Yeah I do, almost inhaled my blunt laughing.
Better than animals is a lie tyrannical governments want you to believe so you’ll give up you’re ability to defend yourself, while the tyrannical governments proceed to go animal mode on you.
Posted 3 days ago Report
Link Quote Reply

Is that a 5*?
@Beth
You say that like requiring a license, training and a psych evaluation to determine if you are fit to wield a firearm is the same as declawing a cat. They aren’t, at all. And again, Australia seems to be doing great with their complete ban on guns. It’s people like you who are the problem, not the goverment. People like you are the reason assault weapons, guns who’s only purpose is mass murder, are easier to get than a candy bar.
Posted 3 days ago Report
Link Quote Reply
Background Pony #D478
@Background Pony #1F81
All of this could have been avoided if he didn’t go spouting of disinformation about murdered children for ten years.
Posted 3 days ago Report
Link Quote Reply

@Meanlucario
I didn’t say nothing about not requiring a license or psych evaluation. Guess the whole cat thing doesn’t work after all.
I’m not allowed to own a gun, I’m delightfully nuts, but I want other people to own them so our mainland doesn’t get invaded. Our country is being sized up for war. Complete ban on guns works if nobody cares about your country.
Also last time I checked a candy bar didn’t cost 600+usd and a background check.
If you don’t trust people like me, you should get a gun. I guarantee you that I’m probably not immune to bullets.
Posted 3 days ago Report
Link Quote Reply

Is that a 5*?
@Beth
We have a military, navy, air force, coastguard, (and maybe even a fifth group I’m forgetting) specifically for a war. Civilians don’t need to be armed to the teeth for a war because the people who would actually be going to war are already prepared for it.
And no, I rather not live in fear of gun-crazed maniacs who would gladly kill me for pointing out that they aren’t mentally fit to own a firearm. That only encourages paranoia and violence, not prevents it.
Posted 3 days ago Report
Link Quote Reply

@Meanlucario
In nature there is no government to decide which animal is fit to arm themselves. Animals either arm themselves or become victims.
As much as I’d like my enemies to think i’m crazy, I actually only care for defending myself, my family and my country. I don’t want to kill nobody. While saying the monkey with guns thing is funny might be dark, i’m literally thinking about how they bite eachothers face off, i don’t think guns would make them suffer much more.
You do have to fear maniacs, i know I do, society can only do so much to protect you from them. They might not have guns, I wouldn’t say guns are necessary for their evil, but they’re as natural as nature comes.
Posted 3 days ago Report
Link Quote Reply

Is that a 5*?
@Beth
I’m done with this BS. I’m stopping now while I still have brain cells.
Posted 3 days ago Report
Link Quote Reply

CaptainXtra
PUNCH A FASCIST!
For my own two cents on this Gun Discussion: 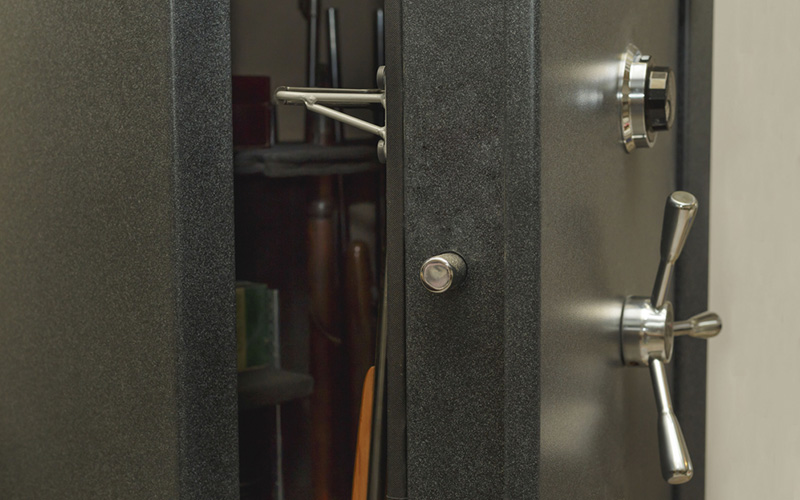 Long Guns should not leave your house unless there’s an alien invasion, zombie uprising, or some other apocalyptic/crisis type shit going on.
PERIOD
Handguns should really always be visible in a secure holster in safety mode on a person in public: 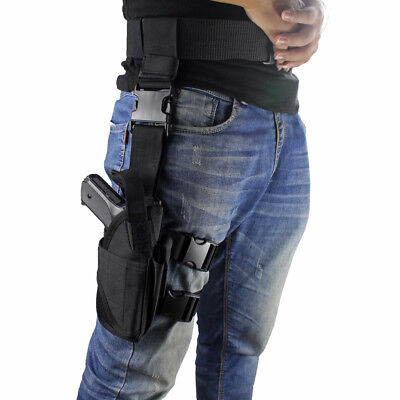 And I do mean SECURE HOLSTER so that some random thug can’t grab it off an unsuspecting wielder.
Something like this basically: 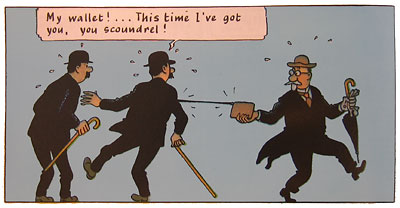 Dogs
@Background Pony #1F81
He’s estimated to be worth about $320 or $370 million. The $49 million or so already cuts into him pretty good.
Posted 3 days ago Report
Link Quote Reply

Moderator
友情は魔法だ
@Beth
Do you honestly think people who pull shit like the Sandy Hook shooting are afraid of dying?
And how do you explain Fort Hood?
Posted 3 days ago Report
Link Quote Reply

Every now and then, I think about this screenshot I saved:

CaptainXtra
PUNCH A FASCIST!
I had a feeling this would happen eventually:
North Korea Offers Russia 100,000 ‘Volunteers’ for War on Ukraine, Russian State TV Says
Yep, I always had a feeling Mr. Kim wanted in on the action…
Posted 3 days ago Report
Link Quote Reply

Somehow Omnipresent?
@CaptainXtra
You can’t really trust anything Russian TV says; watch any clip of their talk/political discussion shows and it’s a constant circlejerk about how a single Russian could take out the entire west with just his bare hands.
Anyway, Kimmy isn’t going to send over potential defectors with actual training; he would, however, sell spare armillary and MLRS systems, given Russia’s actually running out of anything modern and all their reserves are either shit quality or unmaintained.
Must be pretty fucking embarrassing to be a Russian nazionalist right now.
Posted 3 days ago Report
Link Quote Reply

high altitude cloud pone
@Meanlucario
really? it’s easier to get a candy bar? I really don’t remember having To go to a candy dealer and pass a background check for my snickers.
@CaptainXtra
The holster thing I disagree with. CCW is more practical. People get nervous around open carry and encounters where you do have to defend yourself are less likely to turn deadly with CCW.
Posted 3 days ago Report
Edited 3 days ago
Link Quote Reply

I’ve actually been trying to think of a definition for the whole “what is a woman” definition question when I am asked about it. The definition “adult human female” doesn’t include trans women even though they would be referred to as women in society because we aren’t doing genitalia checks (colloquially known as “passing”). I also don’t think the self ID definition works because I find it’s circular and those don’t work in a shared language. What do you guys think.

Just really want to discuss this cause I really don’t want to bite the bullet on this but I am struggling with a working definition for my arguments with conservatives.
Posted 3 days ago Report
Link Quote Reply

I never really taken a liking to one Jordan Peterson especially when he’s speaking outside his field of expertise. I rolled my eyes hearing his message to muslims because it is absolutely condescending and really ignores literally everything about the issue.
Rather than trying to find a solution tailor made for the situation, ya boy JP as usual just yells at people of every color and creed to essentially: “be a moral modern christian straight white man with european heritage and clean up your act!”
How full of one’s self can one be?
Posted 3 days ago Report
Edited 3 days ago
Link Quote Reply

high altitude cloud pone
@tehwatever
yea for sure. once he is talking about anything other than psychology his takes are awful. Now that he’s at daily wire it’s just gotten worse.
Posted 3 days ago Report
Link Quote Reply

Stay Strong
So my home state of Indiana is now latest Red State to have a near-abortion ban.
Posted 3 days ago Report
Link Quote Reply

Is that a 5*?
@tehwatever
Here in the USA, that’s what the republicans think the perfect person is, and it’s kind of their fetish.
Posted 3 days ago Report
Link Quote Reply

@Ciaran
You need to strike with more than the fear of death. These killers need to be shot right in the narcissism, put down before they can victimize a single target. I guess I’ll argue both sides since my opponent is out.
if everyone had a gun, accidental death and impulse killings would be unstoppable, can’t do that.
if nobody had a gun, a criminal is just going to make one and have unchecked power.
Appently the perp had mental health services of some kind, but background checks weren’t required at the time. Adam Lanza killed 6 adults with the 20 kids, I guess no adult had a gun. However if we gave all 6 adults a gun, there is no guarantee they would be used correctly, and kids might gain access to them.
There is a reason it’s popular to go after schools.
Because if you go anywhere else there is a disabled veteran with a concealed weapons permit and a gun under their wheelchair. If only trained ex military could be everywhere. However these are our most unstable members of society, I watched a concealed weapons holder point a gun at his wife most of my childhood.
If you get shot anywhere in the torso you got about three minutes to live, police take 5, EMT probably similarly takes 5. So despite everything there is still going to be people emotionally charged about gun ownership. One can also argue that having a gun makes you a bigger target, and more likely to get shot in the chest
Posted 3 days ago Report
Edited 3 days ago
Link Quote Reply

Part-time Pizza Cat
@YourPalContrail
JP doesn’t even have a great grasp of psychology to be honest. At least as far as modern interpretations go. He pushes a lot of older theories that fell by the wayside during events like the replication crisis or just generally have collapsed.
Posted 3 days ago Report
Link Quote Reply

Somehow Omnipresent?
@Zincy
“Peterson isn’t a great psychologist” should have been evident to anyone that actually took a moment to observe how well he’s ruined his life and how angry and miserable he constantly is.
Posted 3 days ago Report
Link Quote Reply

Is that a 5*?
I hate it when people use political views as a weapon. Take “might makes right” for example. The people who subscribes to it tend to get upset when they aren’t the strongest and is no longer viable as an excuse to bully others.
Posted 3 days ago Report
Link Quote Reply

Monado User
@NitroFury
Dude they tried to get rid of abortion being a law in Kansas. And Kansas is super red. Do you think that they will stop at nothing.
Posted 3 days ago Report
Link Quote Reply
Interested in advertising on Derpibooru? Click here for information!