Generals » Don't blame me, I voted for the other guy. (Politics General) Search Posts
Started by Archonix
Posted 5 years ago
135560 replies
Subscribe

Jojodidu
🇦🇷
@igotnopicks
I know, I wish we had normal problems like the rest of the world
Posted 6 months ago Report
Link Quote Reply
Background Pony #EF3F
@BlitztheDragon

The anti-CRT law is bad,

Please explain how and why it is actually bad, seeing as neither you, nor Ron, himself, have fully elaborated on what the law is actually all about.

but I think xxzxxzxxzzx is talking more about stuff like firing health department workers trying to talk honestly about the pandemic, and falsifying infection and death rates while burying the real figures.

>
That, on the other hand, is far more understandable—regarding why anyone would despise him and consider him to be evil—and is something that is so detestable that no amount of nuanced reasoning (at least, any rationale for doing so, of which, I’m not yet aware of) is enough for me to view him as being generally or largely untrustworthy at best, and downright idiotic at worst.
Posted 6 months ago Report
Link Quote Reply
Background Pony #EF3F
@Jojodidu
I sincerely wonder if the problems there are far less mind numbingly idiotic and insufferable than the problems here, in the US.
Posted 6 months ago Report
Link Quote Reply

CaptainXtra
PUNCH A FASCIST!
America has issues of it’s own right now for sure but’s lets glance at the EU for a bit.
Today there was vote relating to Amendments on the DSA and these are two of the proposed Amendments that were shot down: 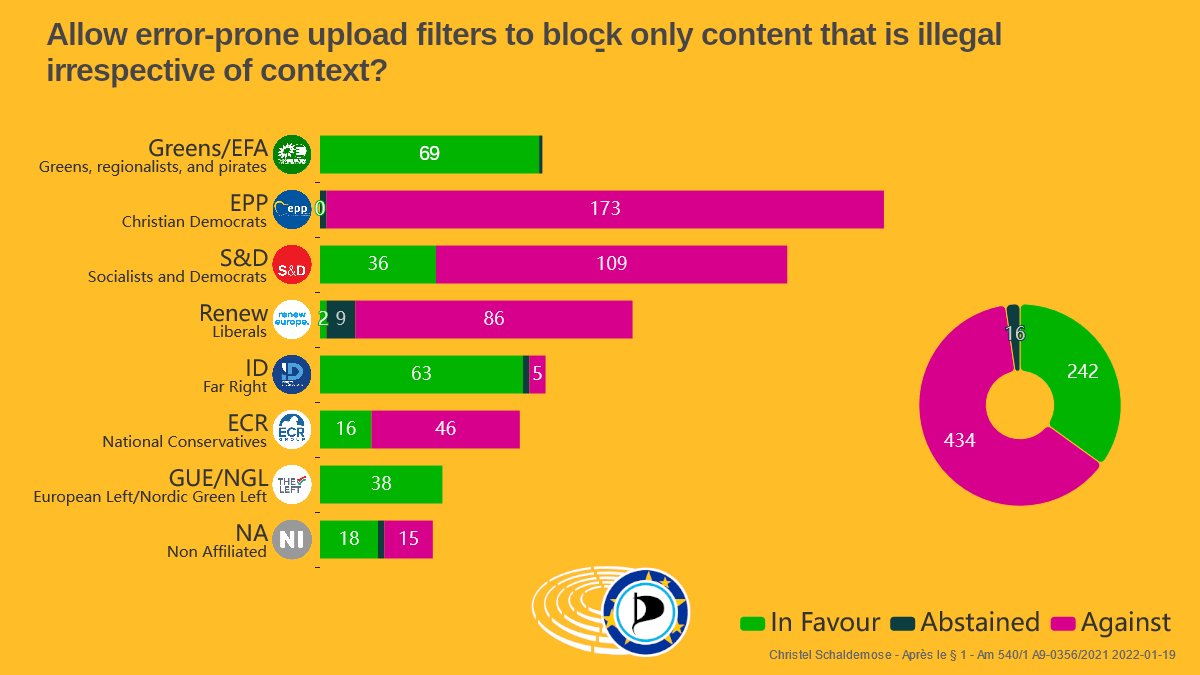 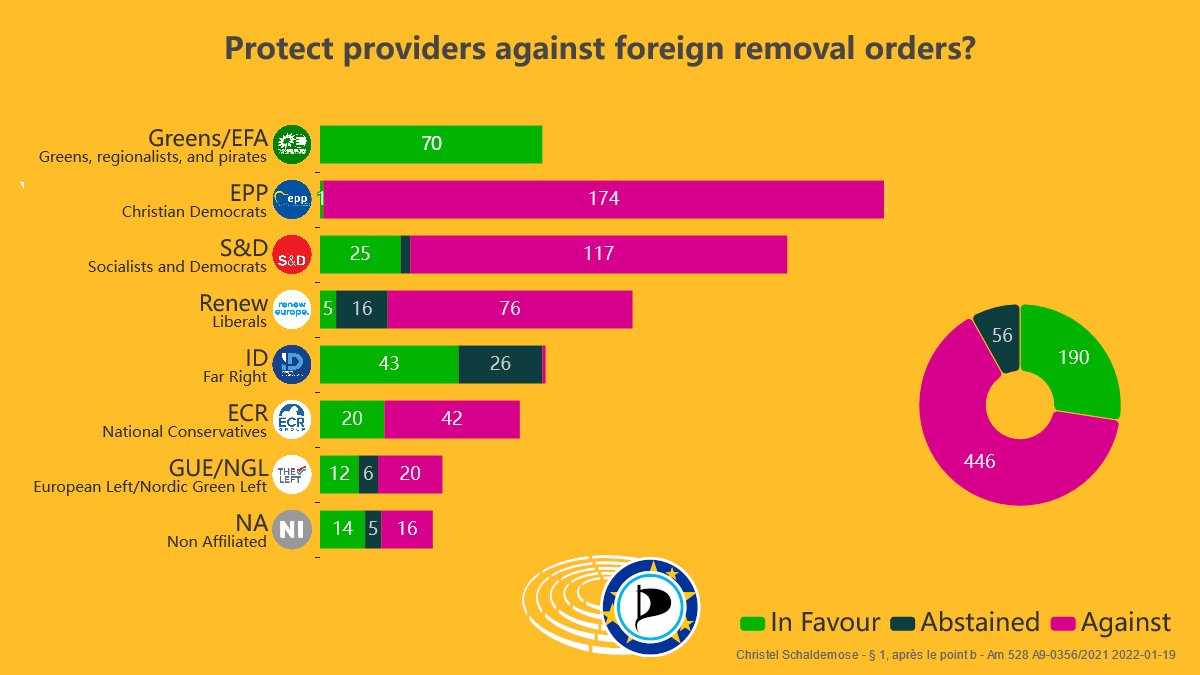 Gonna be a Yikes from me EU.
America has issues but at least it’s citizens are aware of them.
The fuck are EU folks doing in response to this?
Oh and one more thing, that EPP seems to be a great deal of responsible for this fuckery.
A party named “Christian Democrats”.
“CHRISTIAN DEMOCRATS”
Might as well be called “Neoliberal Shills” instead.
Posted 6 months ago Report
Edited 6 months ago
Link Quote Reply
Background Pony #EF3F
@CaptainXtra
Say what you will about America, right now, but the one thing that will absolutely make us INFINITELY more based than Europe will ever be, fundamentally-speaking, until it follows suit along with us is our borderline-absolute stalwart protection of very, very-nearly all forms of speech and expression, under the law of the land, from any and all forms of government interference, with the only ones that do being somewhat rather reasonable and extremely limited.
Posted 6 months ago Report
Link Quote Reply
Background Pony #EF3F
Point being that European “hate speech” laws are cringe as fuck, and will never truly allow the full realization of freedom of speech and expression in any of those countries, no matter how much they may insist on otherwise.
Posted 6 months ago Report
Link Quote Reply

Latecomer
@Background Pony #EF3F
Sometimes there are more important things than that. Even America has limits on free speech.
Posted 6 months ago Report
Link Quote Reply

Jojodidu
🇦🇷
@Background Pony #EF3F
this’ll be long but I’ll try to explain what’s happenig
Almost 65% of the population is poor and the socialist government says we’re in a great moment, they don’t want to pay the doubt and we’ll be in default soon.
At least they lost the senate last year against the socdem-republicans, they’re an alliance but the socdems doesn’t have important figures so we live in a constant socialist-republican fight.
The two big parties are losing popularity and the extremes are growing, the anti-capitalist trotkist marxist party and the minarquist anti-communist liberal party, especially the last one which grow 530% in votes compared to its last election because young people (15 to 20) are mostly liberal and ancap.
Probably the socdem-republican alliance’ll gobern again in 2023 but that doesn’t mean things’ll get better. 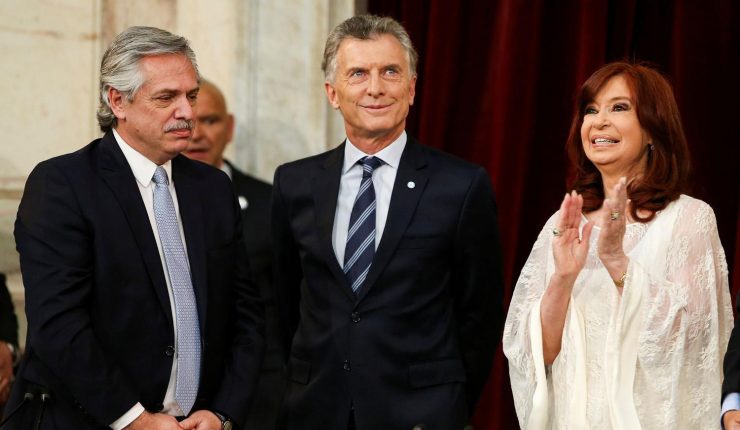 Dogs
In the latest “MAGA really did send their best” news, a Proud Boy found guilty in the Great Temper Tantrum of Jan 6 just keeps digging himself deeper with continued Not As Great Temper Tantrums.
Supposedly he’s stated that he’d storm the Capitol again in an CNN interview, but beyond that he’s spent all of last year violating his probation, continuously threatened people, and habitually violated curfew.
Oh, and constantly insults and threatens the judge presiding over his case. At one point he threatens to go back on CNN so he can slander the judge on national television.
This guy is immensely lucky he’s getting the kid’s glove treatment.
Posted 6 months ago Report
Link Quote Reply
Background Pony #EF3F
@Latecomer
Not to the point of where your country’s own police force is wasting valuable time and taxpayer’s money in literally policing offensive speech online by non-criminally affiliated ordinary citizens, which is actually completely inexcusable.
That shit is genuinely proto-Orwellian fuckery being committed by actual governing forces of your own country, as we speak, and I shall be absolutely astounded if you actually have the audacity to defend that.
Pro tip: please, for the love of Christ, actually attempt to think twice before defending this bullcrap. You really are not doing yourself or anyone else any genuine favors by attempting to defend authoritarianism of this magnitude in a country of what should actually be a world-renowned stronghold of modern-day democracy.
Posted 6 months ago Report
Link Quote Reply

Tensa Zangetsu
@Background Pony #EF3F
You say that like I was honestly shocked at what he said.
Also, you say it like every single post I make is about Trump. If that’s the case, then you clearly haven’t been on Twitter.
Posted 6 months ago Report
Link Quote Reply

Latecomer
@Background Pony #EF3F
It seems like the main issue is that rather than actually wasting their own time on such things, the police are trying to clumsily automate it, with predictably disastrous results.
Posted 6 months ago Report
Link Quote Reply

DarkBrawlerCF1994
@CaptainXtra
As much as I distrust the EU on this matter, it is unhealthy to dwell on it too long.
There are far too many possibilities in regards to their ulterior motives, be it incompetence or malicious greed, but you’ll just drive yourself mad and burn out badly fighting battles too little commoners are unaware of.
Point being, given your history of… incitement, it’s a hill not worth dying on if you want to stay as sane as possible, especially during an ongoing pandemic.
You’ve done everything you could. Give it a rest. It’ll only get worse for you if you carry this sort of burden too long more.
Posted 6 months ago Report
Link Quote Reply
Background Pony #648D
No shit
In this article:The Internet amateur cult of libertarians geniuses sabotaging yet another key component of our civilization (in that case, economy and banking) in the guise of the usual populist cry of “muh freedom” and “dem elites”, sawing the branch we’re collectively sitting on and scamming the gullible
Posted 6 months ago Report
Link Quote Reply

Dogs
In more unsurprising news, Fox News continues to have had a bigger hand in the Trump regime than previously indicated. This time with Sean Hannity literally texting Trump about how to damage control their Inbred Insurrection.

The committee revealed that on Jan. 7, Hannity texted White House press secretary Kayleigh McEnany what the committee described as a “five-point approach” to conversations with President Trump.
“No more stolen election talk,” was Hannity’s first item.

Well, that bullet point sure didn’t last. Trump immediately went back to calling 2020 stolen, and has not stopped since. Pretty sure even Hannity has pushed it since.
But let’s be fair to Trump. Of course he couldn’t remember that bullet point; it’s more than 4 words long after all.

Hannity also texted her “no more crazy people” to which she replied, “Yes, 100%.”

This one is especially interesting. Hannity simply cannot stop praising anything and everything Trump is or does. And yet privately he admits yeah, Trump surrounds himself with wackos.
Seems even Hannity doesn’t believe his own nightly lies.
Posted 6 months ago Report
Link Quote Reply

CaptainXtra
PUNCH A FASCIST!
For fucks sake, between the rising Fascism here in Yankee land and the EU being utterly backwards and stupid when it comes to the internet and free speech in general, the free world is truly in trouble.
I feel like more people should be addressing these situations on the web much more frequently but their too damn focused on their niche hobbies/interests to give a care.
Posted 6 months ago Report
Link Quote Reply

DarkBrawlerCF1994
@CaptainXtra
This is the kind of contempt that excess paranoia about politics out of your control can breed.
Posted 6 months ago Report
Link Quote Reply

Part-time Pizza Cat
Ron Deathsentence attacked Biden today about there being “no funding” for the Everglades in the infrastructure bill. Literally on the same day that Biden signs a funding bill sending 1 billion with a B dollars to Everglade restoration.
Lying is like breathing to the GQP.
Posted 6 months ago Report
Link Quote Reply
Background Pony #648D
@Background Pony #EF3F
Internet is the ultimate proof you need that unbridled “freeze peach” doesnt work, is fucking us over in the long run and is a childish pipe dream. The only thing that whole “giving a voice to everyone uwu” bullshit succeeded to is giving a free pass to every extremists under the sun and driving the much needed moderates away. Free speech as envisioned by the American libertarian ideology that is ubiquitous on the Internet is a failed experiment, a noble ideal that have been contorted beyond recognizion by malicious actors who just want an excuse to avoid consequences for their actions at all cost. Whatever the UE is doing, it’s a step forward a much needed reform of the Internet, i dont say they are 100 per cent right all the time and shouldnt be regularly checked so they dont decide to adapt Chinese social credits for the European continent but,just like racism, it start a conversation on that absurd idea that everyone voice is somehow “equal” and that we should lend our ear to both the medical expert and the bleach snorter with the same degree of respect and attention. People literalLy died because the discourse around a deadly virus wasn’t kept in check and every Joe Schmoe should be cuddled, reassured and never EVER being told what to do arbitrarly because it might hurt his anarchist/freeman of the land/free thinkers fee-fees and “ anyhoo gubmnint man bad,probably diddle children Facebook told me so” is the lesson the early 2020s taught me.
Posted 6 months ago Report
Link Quote Reply

CHS, Class of 20XX
@igotnopicks
Tucker: “M&Ms will not be satisfied until every last cartoon character is deeply unappealing and totally androgynous. Until the moment you wouldn’t want to have a drink with any one of them. That’s the goal. When you’re totally turned off, we’ve achieved equity.”
Me: “Tucker, buddy. We’ve got the Internet. You can have all the sexy cartoon characters you want. You can be turned on by the green M&M, the brown M&M, the blue M&M if you’re into that shit,…”
Posted 6 months ago Report
Link Quote Reply
Interested in advertising on Derpibooru? Click here for information!