Generals » Don't blame me, I voted for the other guy. (Politics General) Search Posts
Started by Archonix
Posted 4 years ago
119558 replies
Subscribe

As we all know, Fox News sets the…not policy since Republicans haven’t had that in 50 years, but certainly whatever the talking point of the day. So don’t be surprised when it now becomes the GOP’s newest talking point to “ban childless Liberals from voting” after Those 3 Idiots on That Couch boosted the concept put forward by a GOP senate hopeful on Fox News.

If any lawmaker ever out and out tries to pass a bill that explicitly bans a legal segment of the population from voting, they should be hung for sedition.

No to the first yes to the second.


I don’t think that nonviolent felons should be banned from voting. They’re still people, and they’re still citizens, and they should have the right to have a voice in the way their nation is governed. If they served their time, they should be able to vote. Just because someone bought some drugs, or made some mistakes in their youth doesn’t mean they should be wholesale disenfranchised.

Voting should be a right, not a privilege the government can arbitrarily take away. Voting is the lifeblood of a democracy.

I should been more specific- Violent criminals.

CaptainXtra
El Paso Resident
At the moment it looks like the House Committee is gonna go forward with just 2 Repubs alongside 7 Dems.

I will at least concede that there is a logic to denying violent criminals, and I accept that.

Just because I’m a liberal doesn’t mean I trust the government 100% of the time. It still needs to be monitored and restricted.
Posted 1 months ago Report
Edited 1 months ago
Link Quote Reply
phoenixacezero

Does anyone has any info on a Group called Dallas Justice Now?
Posted 1 months ago Report
Link Quote Reply

CaptainXtra
El Paso Resident
@Zincy
Zincy, do you have any idea what the GOP is thinking shooting down that Bipartisan Commission?

This 7 to 2 outcome on the Committee is totally not good for Trump and the GOP’s in Congress who incited the mob no matter how you spin it.

Baby I'm the Trouble Man
@Dustcan
At this point, I’d rather Eddy run the government.

Sad, I know, as he’d probably only use his position to get free jawbreakers, but I guarantee he’d be better than the idiots at the GOP.

They know their base won’t care either way. They’ve got them all brainwashed at this point.
Posted 1 months ago Report
Link Quote Reply

@CaptainXtra
They know that the findings won’t be favorable to them, so they want to discredit it by making it seem partisan.
Posted 1 months ago Report
Link Quote Reply
phoenixacezero

They will think of something to convince people.
Posted 1 months ago Report
Link Quote Reply

Part-time Pizza Cat
I just read a story about the father of one of the kids that survived the Parkland massacre, who is now a QTard who apparently harasses his son about it. Claiming that he’s in on this mythical grift. It’s gotten so bad the son apparently looked into emancipation, but since he’s turning 18 soon decided against.


It also should be noted that despite having never typed it on this phone…my auto-input immediately put “massacre” behind Parkland. Jesus fucking shit.
Posted 1 months ago Report
Link Quote Reply

If nothing else “Free jawbreakers for the President” is still vastly more policy than anything the GOP has had for decades.

“ShimSham my GlimGlams”
@Zincy
Did this guy get a lobotomy or something? How glib does someone have to be to claim their own child’s traumatic experience didn’t happen and mean it?
Posted 1 months ago Report
Edited 1 months ago
Link Quote Reply

Being QAnon is mental illness.

In more “Capitalism working exactly as intended news”, the Frito-Lay strike is has reached its conclusion, but not before a former employees shared his experience with the company. And dear god this sounds like the plot of a horror movie.

Brandon Ingram joined Frito-Lay’s St. Louis, MO team in 2011 after serving in the U.S. Navy. He threw himself into the job, working up to 20 hours straight and 26 days in a row. It put a strain on Brandon and his wife Melissa’s relationship, but they put up with the long shifts and missed family milestones to plan for their future. “We centered our life around him advancing in the company,” Melissa told More Perfect Union.
Brandon was a model employee. He became a site lead and trainer, developed knowledge of both sales and operations, and earned numerous awards from Frito-Lay and its parent company, PepsiCo.
But Brandon’s record meant nothing to the company after he was electrocuted in 2016 while pressing a button for a dock door, a routine part of his job. The shock has left Brandon with liver disease and a pinched nerve caused by two herniated discs—and the experience has turned the Ingrams’ lives upside down.
Despite going to the ER and reporting severe pain, the company did not give Brandon any time off after the incident, forcing him to call in sick the next day. Frito-Lay also refused to adjust Brandon’s work hours and responsibilities, “I asked for modified service. I asked for some kind of relief, period, because I was still obligated to work—like, picking cases, and unloading trucks, or rotating product on a forklift,” Brandon said. “They were like, ‘You can only work 40 hours a week.’”
Frito-Lay also forced Brandon to see company-approved doctors who provided inadequate care. “We passed 4 hospitals on the way to the hospital they wanted to take me to,” Brandon recalled. “And the reason is because they signed a contract with a certain hospital and a certain network.” The Frito-Lay affiliated physicians denied Brandon’s requests for an MRI, prescribing physical therapy that Melissa believes made his condition worse.

Frito-Lay and PepsiCo did nothing to help. “From the moment that he couldn’t work anymore and needed short-term disability, they abandoned us,” Melissa said. “He pushed a button at work, a button he can’t avoid pushing. He had to push it, it’s his job. But now it’s like they’re trying everything and anything to say it’s not their responsibility.”
In order to obtain long-term disability Brandon had to prove he was injured, requiring multiple doctors visits to confirm his condition. “But guess what? You don’t have any insurance anymore through PepsiCo/Frito-Lay ’cause they cut you off,” Brandon recalled. “So guess what? I borrowed money, or used credit cards, or whatever I could. I even took money out of my kid’s piggy bank.”

In response to the lawsuit, Frito-Lay hired private investigators to try and discredit Brandon’s injury. “I don’t know how many people they’ve given our address, and name, and information to, just to prove my husband wrong,” Melissa said. “Recording my kids playing in the yard, recording me doing yard work, recording me going through drive-thrus. They follow me in traffic on the highway, in streets. They followed me when I gave birth to my baby. They followed me when I went to my daughter’s school.” The years of surveillance drove the family to homeschool their daughter because of fears for her safety.

This is the insurance and healthcare scheme that the conservatives here fight so hard to “protect”.
Posted 1 months ago Report
Link Quote Reply
phoenixacezero

@Dustcan
They will use a popular cause to make themselves as the good guys. EA also doing the same.
Posted 1 months ago Report
Link Quote Reply

Ams here just to drop a link to a factsheet / info pieces about islamophobia by an initiative launched by Georgetown University.

I bookmarked it because all of them articles are a fun read especially if you muslim in the west. At least it gives you an idea of who to look out for. 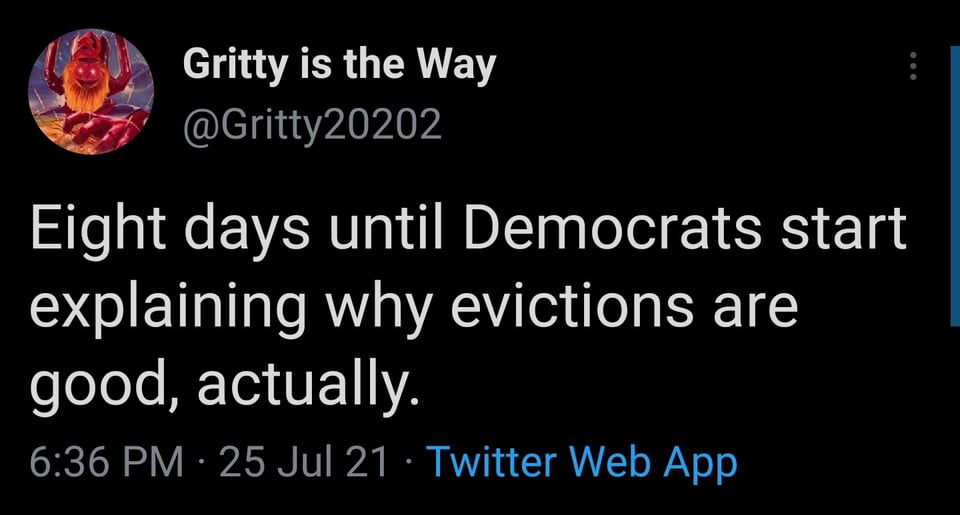