Generals » Don't blame me, I voted for the other guy. (Politics General) Search Posts
Started by Archonix
Posted 4 years ago
119567 replies
Subscribe

This also comes from them also recently passing a law that prevents transgender people from writing own their prefered gender on documents.
Posted 3 months ago Report
Link Quote Reply

The legislation, presented last week by Fidesz, was on its face primarily aimed at fighting pedophilia. It included amendments that ban the representation of any sexual orientation besides heterosexual as well as gender change information in school sex education programs, or in films and advertisements aimed at anyone under 18.

What the actual fuck? These people shouldn’t have jobs in government. Or the entertainment industry, for that matter.
Posted 3 months ago Report
Edited 3 months ago
Link Quote Reply

CHS, Class of 20XX
@igotnopicks
Even for Tucker, that’s pretty unhinged. They must really be feeling the pressure from Newsmax and ONAN.

“Come on, people! We can be just as crazy as those two-bit upstarts. We’ll say anything. Fauci did 9/11! Chemtrails killed George Floyd! Ancient aliens stormed the Capitol! Anything you want. Just… please come back to us. Please.

Don’t know if it was brought up before, but Chipotle has increased the price of their burritos in order to compensate for paying their employees $15 an hour instead of $7.25 on top of ensuring their CEOs keep their multi-million salaries and bonuses. They increased their menu prices by roughly…3.5% to 4%. So their burritos are approximately $.36 more expensive.

That’s it? If I pay nearly $10 already for a stuffed burrito I now have to pay slightly more than a third of a dollar extra?

I’ve been told for years that businesses can’t pay their slaves or else the customer won’t be able to afford to eat there.

Shit man, between this news and the earlier news of an ice cream parlor of all things getting flooded with over a thousand(!) applications when they announced $15 wage I’m beginning to think there’s no downside to not paying poverty wages.

So the Jan 6 insurrection was first antifa, than no it wasn’t an insurrection at all just peaceful tourists, then hold on, it was the FBI.

Conservatives really can’t settle on who to blame… maybe there should be some sort of a commission to investigate what happened?

the earlier news of an ice cream parlor of all things getting flooded with over a thousand(!) applications when they announced $15 wage I’m beginning to think there’s no downside to not paying poverty wages.

the earlier news of an ice cream parlor of all things getting flooded with over a thousand(!) applications when they announced $15 wage I’m beginning to think there’s no downside to not paying poverty wages.

Where’s the link to this good news? 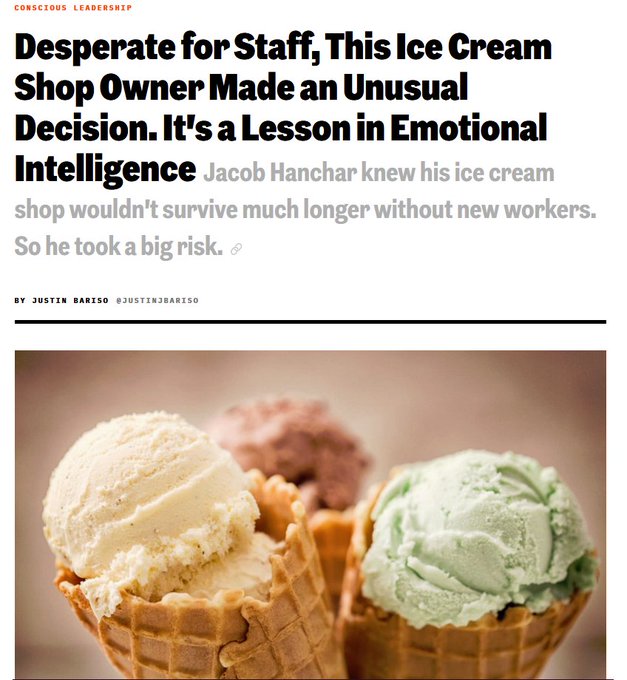 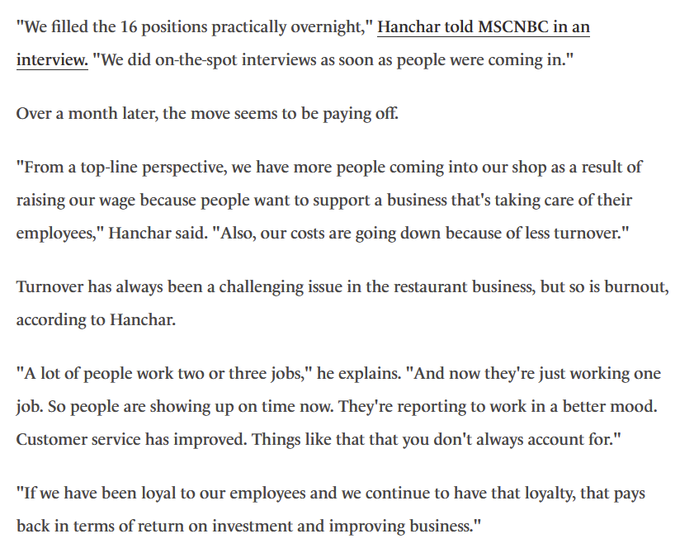 Part-time Pizza Cat
Say it with me folks

“Cost cutting is not a growth strategy”. I’m going to get this printed on tee shirts.
Posted 3 months ago Report
Link Quote Reply
Background Pony #9685
@Dustcan
I won’t link to the mental abortion that is The Federalist, but to give a sampling of how the most esteemed Republican publication is taking this: 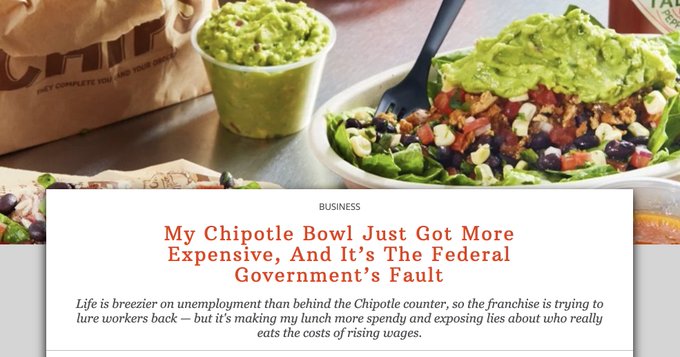 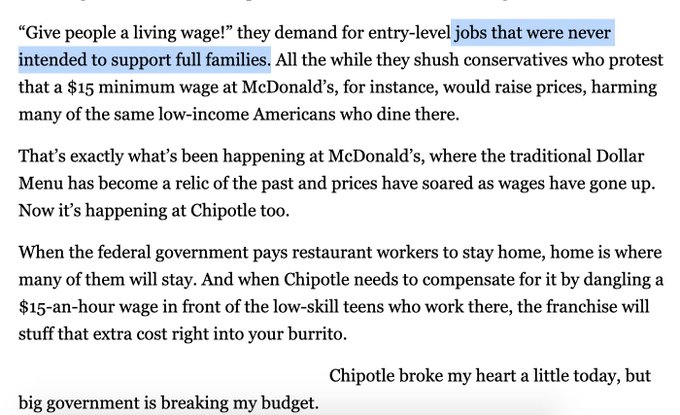 That’s right, doubling restaurant employee wages has lead to an unacceptable price increase of less than half a dollar. Please pay no attention to the corporate lobying or the millions upon millions the executives get as base salary and bonuses.

And remember, paying your employees enough for them to actually survive is a bribe now.
Posted 3 months ago Report
Link Quote Reply

CHS, Class of 20XX
@Zincy
It’s like the bastard child of Laffer’s napkin. “If we cut our costs to zero, we’ll have limitless revenue!”
Posted 3 months ago Report
Link Quote Reply

@Zincy
Whatever happened to the saying “You have to spend money to make money”?
Posted 3 months ago Report
Link Quote Reply

Biden’s big infrastructure package is making me more and more nervous. It’s like when someone says they’re going to turn their whole life around by setting giant lofty goals… which end up failing because the goals they set for themselves are so big all at once their is not way they would succeed. It’s a job’s plan, and an infrastructure plan, and is made to target racial inequalities. His focus on the infrastructure portion of being all American made would also mean that money will not go as far. Now if the jobs portion actually won’t be creating more jobs it seems like if this plan were to even be implemented, which is doubtful, it won’t accomplish much.

I would much prefer a plan devoted just to infrastructure. Find ways to improve infrastructure, do it for cheaper by not limiting it to American made, and find ways to cut down on the red tape so the money will go further.

The House just voted to award the Capitol Police who confronted the Jan 6 insurrection the Congressional Gold Medal, one of the highest accolades available for citizens. In a 406-21 vote.

The 21 Representatives who voted no were:

And yes, every one of them are Republicans. And yes, every one of them are basically a who’s who of Trump brown-nosers. So it’s no surprise why they think people who protected our democracy (eventually…) don’t deserve commendation. Massie in particular took some extra offense at how mean it is to call Y’all Qaeda’s inbred cries to hang the VP and overthrow democracy an “insurrection”.

“Back The Blue”.
Posted 3 months ago Report
Link Quote Reply

Massie in particular took some extra offense at how mean it is to call Y’all Qaeda’s inbred cries to hang the VP and overthrow democracy an “insurrection”.