Generals » Don't blame me, I voted for the other guy. (Politics General) Search Posts
Started by Archonix
Posted 4 years ago
119634 replies
Subscribe

Latecomer
@Background Pony #94BD
I read over it. Which ones in particular are you thinking of?


@Background Pony #94BD
Yeah, that is pretty low. There are less crude ways to say “race traitor” - and probably one should think hard before saying it at all.
Posted 4 months ago Report
Link Quote Reply

More ominous signals from France, a country on the brink of civil collapse due to multiculturalism. This time it’s the soldiers sending a letter to the government.

The french do have a history of coup d’etats. Time will show us how this plays out.
Posted 4 months ago Report
Link Quote Reply
Background Pony #9659
@silbasa
Sorry to kill your semi-chub, but

The message, published in a right-wing magazine, accuses the French government of granting “concessions” to Islamism.

the numbers and ranks of its original signatories - said to be active members of the military - remain unclear.

You have an unknown number of anonymous maybe military personnel literally going “they will not replace us!” in a far-right publication.

You’re complaining about “multiculturalism”, in the same country that bans wearing head scarves in public, because a bunch of alt-right racists got offended the government didn’t go even further than that.


Also lmao at the ~brutal expose of Disney and “critical race theory”~. White fragility really is real if that’s what sets people off.
Posted 4 months ago Report
Link Quote Reply

France, a country on the brink of civil collapse due to multiculturalism.

Could you please stop running your gob about things you have no idea what you’re talking about?
Posted 4 months ago Report
Edited 4 months ago
Link Quote Reply

@Penguin Dragneel
Look at all the stuff they indoctrinate their employees with on the previous page and reflect over the fact that they shrunk him on their posters in China. 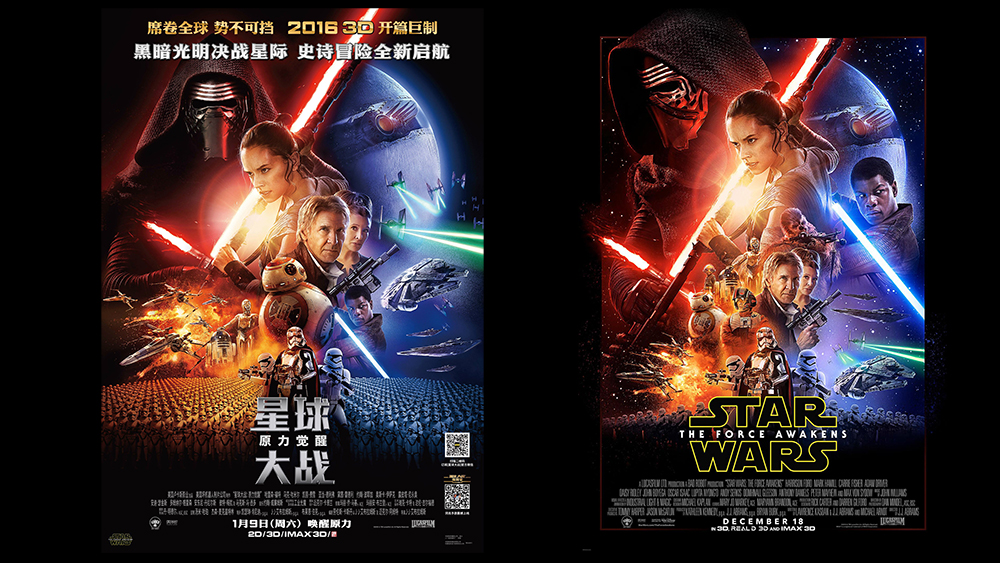 That the left haven’t cancelled Disney yet is beyond me…

#Turmoil2020's
Deletion reason: Rule #0/6 - agreed, but maybe find a better way to say this that isn't both off topic and insulting.
Posted 4 months ago Report
Link Quote Reply

Moderator
友情は魔法だ🧚
@silbasa
Dude. Corporations catering to their markets is not “indoctrination”. It’s capitalism. Do you have a problem with capitalism?
Posted 4 months ago Report
Link Quote Reply

@Ciaran
I am calling out Disneys double standard Ciaran. Racism is not ok here but in China it’s fine? From a company that has employees take critical race theory classes? Surely we can agree there’s a disconnect here. In China whatever sells goes but in the west it has to be woke?
Posted 4 months ago Report
Link Quote Reply

Moderator
友情は魔法だ🧚
@silbasa
Well, Silbasa, that’s fine. But you have to admit that you (and some others here) are making everything in the universe proof of how the people you hate are ruining the planet, when most of the time it’s just companies creating advertisements because they want to make money, all the while designing their internal corporate policies around the legal structures of the countries they work in and in response to their employee’s needs.

Advertising doesn’t have to embrace a corporations’ HR practices. And ads for a country like China often have nothing at all to do with the internal hiring and management practices of the company in the US.

Only companies like Hasbro even attempt to do things like that with their supply and advertising chains, and even then they have the “wisdom of the pocketbook” to not try to push homosexual themes into countries that have outlawed homosexuality.

@Ciaran
The left are doing funky stuff to our countries and cultures but that’s a little too big to get into here. Disney is for some reason willing to lose money in the west, ignoring all feedback telling them this is not what fans want. Yet they double down on the cultural revolution. Over there it’s just dropped. From one of the most aggressive virtue signalling corporations there is. And the american left cancelling everything they dont like don’t bat an eye. I find it fascinating.
Posted 4 months ago Report
Link Quote Reply

@silbasa
Reminder that Conservatives here in America are also cancelling everything.

Reminder that the Conservatives are on the RIGHT.
Posted 4 months ago Report
Link Quote Reply

Moderator
友情は魔法だ🧚
I really want to unsubscribe from this thread, but if y’all keep personally attacking each other I have to keep coming back here.

Do me a personal favor, and PLEASE STOP PERSONALLY ATTACKING EACH OTHER ok?

@silbasa
Reminder that Conservatives here in America are also cancelling everything.

Reminder that the Conservatives are on the RIGHT.

Baby I'm the Trouble Man
@NitroFury
I know people tend to hate the “both sides” argument, buy you have to admit that this is one of the few times where the sentiment is actually correct.
Posted 4 months ago Report
Edited 4 months ago
Link Quote Reply
Background Pony #1F81
@Penguin Dragneel
Cancel culture is one of those rare moments where the “both sides” argument actually works since both sides have a long history of trying to cancel anyone over the most trivial shit.
Posted 4 months ago Report
Link Quote Reply
Interested in advertising on Derpibooru? Click here for information!