Forums » Generals » Don't blame me, I voted for the other guy. (Politics General) Search Posts
Started by Archonix
Posted 3 years ago
87657 replies
Subscribe 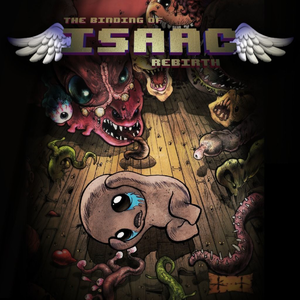 anthroking
@Derpy Whooves
The last season was okay to me. Since they really cut on animation during some parts and it's pretty noticeable at times and it had quite a bit of filler which i thought they could have used that time for something else. But the second transformation Adora got was cool and the ending was allright it didn't crap the bed with it's ending like several of shows now with there endings, And i liked that they gave some other characters extra screentime in the last season and Hordak Prime was a cool villian and the villians in general i thought were the best part of the show overall. But yeah i wouldn't mind if they made a new season of the show as well.
Posted 9 days ago Report
Link Quote Reply

anthroking
@Violet Rose in The Rain
If you want to see some comedy go over to rule34.xxx search for She-Ra Princesses of Power and check out the new image uploaded on there. Because it has this big anti-sjw did Jeremy from TheQuartering commission for this energy that you'll probably get a chuckle from.
Posted 9 days ago Report
Link Quote Reply

Oh. Well, have fun with that.
Posted 9 days ago Report
Link Quote Reply

SubaruAnon
With SKS innawoods
@Background Human
Just the news being news. They aren't anything like that.

Having a white identity is seen as "supremacy" for some reason. Plenty of actual wignats try to discredit us all the time, The Right Stuff and such.
Posted 9 days ago Report
Edited 9 days ago
Link Quote Reply

@anthroking
Imagine commissioning shit art that's not even titillating for $200 to make a shitty political point and "own" the "Ess-Jay-Dubyas".
This is what Anti-SJWs actually do.

anthroking
@vit
And there was a piece of art on rule34.xxx that was i believed was commissioned for $90 dollars or more and it was a not that well drawn pic of the Raikage from the Naruto series banging Hinata, Since there has been a massive surge of pics of him this year but i did remember the comments that said that. And there's this She-Ra pic that says about the same sort of stuff you can hear from some youtubers complaining about it for free but this guy paid $200 dollars for this pic. There's a joke in there somewhere but eh i'll let you guys make the jokes about it.
Posted 9 days ago Report
Link Quote Reply

Gilda, Gallus, and Camp!
@Violet Rose in The Rain

Typical leftists would enjoy She-Ra, but not devotees of Stalin or North Korea.

I agree, and yet some leftists support it simply for being "Socialist", anti-American, and just plain edgy. I am sure that most American leftists would not support its kind of society, and would even oppose it if it existed in American soil.

You can find a portion of them on Twitter.

Monado User
Trump will be remembered as a president.

For all the wrong reasons.

That was rhetorical. The idea of them banning that kind of show that's the darling of the leftist sphere is laughable.

Tankies are a fucking joke. Progressives have little power in America, forget about them.
Posted 9 days ago Report
Link Quote Reply

I agree, especially his poor performance during the coronavirus outbreak. A better leader would have done something more efficient, avoiding hundreds of deaths.

Sometimes it could also be his fellow politicians and the anti-maskers who keep the country backwards, so if he loses, they will stop dominating American society.
Posted 9 days ago Report
Edited 9 days ago
Link Quote Reply

I get more aroused by lesbians taking male dick by consent, hypnosis or force but that's just me.

so if he loses, they will stop dominating American society.

That's really funny because they can simply go underground and bide their time until a new presidential candidate like him announces his bid and they'll fall head over heels all over again.

Gilda, Gallus, and Camp!
@Violet Rose in The Rain

So what could be done, aside from voting out Trump, to stop them from causing more trouble? I'm just asking.

Sky2000
@CaptainXtra
You mean like North Korea has a war boner and treats their leader like a god?
Posted 9 days ago Report
Link Quote Reply

Ditch Poms Go Orange
@igotnopicks
To half the nation, yes. To the other half, not so much.
Posted 9 days ago Report
Link Quote Reply

Monado User
@MagpulPony
The other half would look at the history book and see that 44 was a black guy.
Posted 9 days ago Report
Link Quote Reply

Ditch Poms Go Orange
@igotnopicks
What does that have to do with anything?
Posted 9 days ago Report
Link Quote Reply

Matt Christman and Amber Frost would beg to differ… 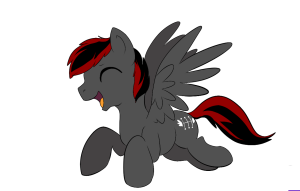 ShadowSerenity
@Violet Rose in The Rain

Radicalising a Normie — Check the comments.

I watched the video all the way, he has a lot of good points.
it is a almost great video on radicalization but I feel that its talking from a stupidly biased point with alot of bad arguments against the "other side" take out like 30 mins of "my side" fluff and it would be awesome, lots of arguments about how gabe can be pushed so far to cause violence and acts of terror is very true!

I do not think nazi jokes are the problem that push someone all the way into radicalism as he pointed out. it is the isolation of the individual with nowhere to go but further down.
it is used by both sides. radicalism can be "my race is better then yours lets go kill x".
we see it on both sides black superiority is a more left movement to get rid of whiteness in culture, just as much as white superiority is a right movement to get rid of blackness.

there is bad actors the riots now for example, are not right leaning people causing them (I know the video was made before it) and you can go down a one side only rabbit hole, that "this is fine that this is happening because x reason".
it is not. but, I see people argue for it every day.
like gabe you can like a few parts like censorship of nazis (whatever the definition of that is now cus a big talking point of the actors in the video to nazi radicalization was a jewish person) but disavow the riots but you need to know what is wrong and get away from your onion and understand both arguments and make your own assumption.

I read both media left and right and I make my own decisions based on what both provide and people need to do that before it goes to charlottesville or seattle levels of violence and bigotry against the race, sexuality or national origin.
you can hold moderate views without being down a rabbit hole. like my point of view of immigration is that its great but do it legally, legally you wont have exploitation of low wages, but legalizing everyone that broke the law to get here is not the way to get there, because there are violent people and exploitation that we dont want but it isnt all or even most.

a reasonable argument but people yell at me all the time that im racist against "undocumented workers" from the left and from the right I get told to keep the us in mind and have our own people work first.
Posted 9 days ago Report
Edited 9 days ago
Link Quote Reply

I'm not even going to humour this centrist word salad.