Forums » Generals » Don't blame me, I voted for the other guy. (Politics General) Search Posts
Started by Archonix
Posted 2 years ago
75893 replies
Subscribe

“ShimSham my GlimGlams”
@Dustcan
Remember, Democrats are conservatives: all about that status quo.
Posted 2 months ago Report
Link Quote Reply

In vaguely related news, teen dies from possible Coronavirus infection when he was turned away from urgent care because — take a guess — he had no insurance.

Only in America!
Posted 2 months ago Report
Link Quote Reply

That is in no way specific or indicative of anything or what they've done or said.
Posted 2 months ago Report
Link Quote Reply

Setting Up The Fire
@vit

@SombrLiz
Yes there are the slacktivists, but those ones aren't doing anything anyway, nothing good but nothing really bad either (as far as I'm aware in regards to the outbreak). My own concern is the cynical or deliberate lumping in the actual activists with the slacktivists. And also BothSides-ing.

CaptainXtra
El Paso Resident
So how do you all feel about the US and Israel activating their “Doomsday Bunkers”?

I’m admittedly a bit concerned about what’s going on and all these conspiracy theories flying around, as baseless and insane as they may be, don’t help with my nervous nature.
Posted 2 months ago Report
Link Quote Reply

Mike Lindell? The MyPillow guy who praised Trump for his corporate welfare tax cuts and still laid off 150 workers from his company? The same guy who was fined for tax evasion?

Yeah, fuck that guy. Fuck him especially for using the presidential podium to preach religion to people. And fuck 45 for letting him use it.
Posted 2 months ago Report
Link Quote Reply
Background Pony #DD22
We're stuck with Trump because of the outdated electoral college where electoral votes wins you the election, instead of having person with the most votes win like a sane country.
Posted 2 months ago Report
Link Quote Reply

✨DRAW MORE FLEETFOOT✨
@Background Pony #799E
You'd be surprised about how many countries don't elect the winner based on the most votes.

As you can imagine, that leads to some parties being overrepresented due to their success in less populated regions, and underpresented from more populated ones. It also means a party can have 0 seats in national parliament because they were always just a few votes shy of the minimum in every region while having a total of several hundred thousand nationwide, while a regional party can get multiple seats with a fraction of the total national votes.

Electoral systems are overall very shit in almost every country, and nobody wants to fix them because the only people that can are those in power and they're in power thanks to the shitty system; the foresight to plan ahead and make the system better for the future never comes to them because, well, politicians are, by and large, fucking morons.

Not gonna save the world
@Hollowfox Jaeger
That's a good question.
Is it better to die of an old age and live as a serf, a slave, in torment than dying younger fighting and be remembered that way in a theoretical WWIII. It's a bit what I meant by fear versus rage to resist at the peril of our life, and if it works, you can die happily.

Never believe in afterlife, transhumanism resurrection and other religious claims, just consider like; you exist for a time given.
Of course no one wants to die, but indeed we never choose how to die. So I'm seconding Eriam here, let's live the best we can.

@The Smiling Pony
Except those "less populated regions" also exist. When say, an overpopulated place with 10% of the population vote for their own interests, this is exactly why here, by example we end up with a president like Macron. This is why indeed most systems are biased and does not represent at all the integrality of the population, and we all end with unpopular presidents.
It's impossible to get everyone to agree with the elected guy, the best would be one that gets elected at about 80% or 90%. There we are closer to a popular consensus. No system is perfect, one could be a total dictatorship where the opposition is simply silenced and permanently kalashnikovified.

Rush Limbaugh is now saying health experts are part of the Deep State and saying they should not be listened to.

There has to be some kinda law or something against this.

Not gonna save the world
@Dustcan
what have your health experts done? pulled the alarm in january asking the borders to be closed in time?
let's be realist, they did nothing, even if China didn't share any life-saving info that was their job.

All the bullshit on validating a drug that can save lives also is the proof not everything is being done right.
And you can criticize all you want but the progression isn't dramatic as it is here in France.

There's no miracle cure for it, chloroquine and other antibiotics have been dispatched in the US, here the ER are overwhelmed.

nah the real enemy here is those who knew the seriousness of the situation and didn't say a word or took any action. or worse, lied.
Posted 2 months ago Report
Link Quote Reply

@Dustcan
what have your health experts done?

Identified the disease as something new and not the flu, learned what its symptoms and transmission vectors are, figured out how long it can survive in open air as well as how different surfaces affect its longevity, and currently developing a vaccine.

There's no miracle cure for it, chloroquine and other antibiotics have been dispatched in the US, here the ER are overwhelmed.

nah the real enemy here is those who knew the seriousness of the situation and didn't say a word or took any action. or worse, lied.

Not gonna save the world
@The Smiling Pony

nope, actually it's even the opposite.
If you have all the spectrum of politics, depending of the regions, if you are in a coastal, at the borders, lost in the countryside,or in a big city, not one single politician alone can unite one entire country.

and this is why every politician is aiming at targeting the electorate of the biggest cities, not the WHOLE country.
The solution? make more local governments, give back more power to the regions, states, or provinces. such local governance should be much more adapted than a big global one that rule an entire country all the same.
I mean, there's a huge difference between Wisconsin, New York and California. That's the same difference between Bretagne, Paris and the cote d'Azur.


@Dustcan
Did they had any info? No.
I'm talking about the Chinese officials and the WHO — did nothing — that was in December they should have.
Posted 2 months ago Report
Link Quote Reply 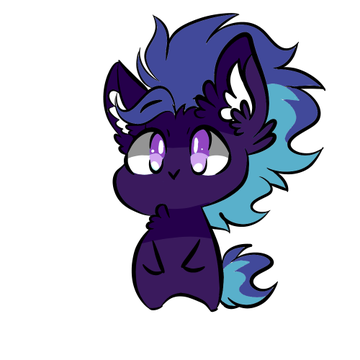 Meme Connoisseur
Trump and his opinion host friends at Fox News have hurt a lot more than they have helped because of the initial "it's like a flu" response to COVID-19. Though I saw a lot of media reporting "the flu is worse" takes in January.

The Chinese Government holds most of the blame though, in the grand scheme of things. Things are bad here in the U.S., bad in Germany, bad in France, bad in Italy, bad in Spain, and bad in Iran. The Chinese government should have been a LOT more open.

Also, fuck Trump for using the virus as an excuse to expand the War on Drugs.
Trump says US will increase counter-narcotics efforts in East Pacific, Caribbean
Posted 2 months ago Report
Link Quote Reply
Background Pony #40E0
@Dustcan
actually practically everyone in politics and the media ignored the coronavirus early on due to the impeachment hearings and aftermath, and the Trump admin did shut down travel to China, which boight us time that was overall wasted since we didn't get the testing ready, and Trump didn't call the virus itself a hoax, just the way it was covered in relation to him.
Posted 2 months ago Report
Link Quote Reply

Trump needs a distraction from his horrible non-handling of a pandemic. So more war!
Posted 2 months ago Report
Link Quote Reply

Rush Limbaugh is now saying health experts are part of the Deep State and saying they should not be listened to.

There has to be some kinda law or something against this.

I never liked Limbaugh, but I respected him somewhat.

@Random-Rambling
He was always Alex Jones-level of stupid. And plenty of people hated him for it for as long as I can remember.
Posted 2 months ago Report
Edited 2 months ago
Link Quote Reply