Generals » Don't blame me, I voted for the other guy. (Politics General) Search Posts
Started by Archonix
Posted 5 years ago
142736 replies
Subscribe

Dogs
A week or so ago the 11th Circuit Appellate Court overrode Judge Cannon’s ruling that the FBI couldn’t continue with their investigation until Trump’s special master (no not Putin, the other one) reviewed the stolen documents.
Then Cannon overrode the higher court’s overruling, which…I don’t think that’s how that works.
There doesn’t to be any update on Cannon’s verdict, but it might be a moot point as Trump has appealed the documents to the SCOTUS… specifically asking for Clarence Thomas, traitor, to be the one to rule on it.
I don’t know if this means Clarence Thomas, traitor, will get to be the sole judge ruling on a case that would also indirectly implicate his traitorous wife or if the entire court will have to rule on it.
Posted 4 months ago Report
Edited 4 months ago
Link Quote Reply

Female high school athletes in Florida are apparently being asked to confirm their last periods before being allowed to play, in order to verify their gender.

How are male high school athletes being asked to verify their gender?
Posted 4 months ago Report
Link Quote Reply

Somehow Omnipresent?
@Ciaran
“When did you have your last boner”
“When I was inside your mom”
shots fired, officer placed in paid administrative leave

@Dustcan
Has there ever been a time before in American history where a past president tried to claim they retained authority over a new executive branch?
From claiming he still has “executive privilege” to referring to Federal assets as his own property, it’s like the Tangerine Palpatine thinks he literally is the Executive Branch til death or something.
The concept of the executive branch being denied access to the executive branch’s property as Justice Conan has done is just gobsmackingly stupid.
Posted 4 months ago Report
Link Quote Reply

@CaptainXtra
How are Mormons differnet from other types of Christians?

Constant Lurker
@Ciaran
Females are usually allowed to play on the male teams so it would be pointless. Female sports are more restrictive because they’re basically the lower weight class and no one cares if a female wants to make it harder on herself. Perhaps the solution should be to split up sports by three or so fitness levels rather than gender. Then everyone can be on as close as possible playing field without invasive checks.
Posted 4 months ago Report
Link Quote Reply

Moderator
友情は魔法だ
@Natry
It’s stuff that always makes me feel like I was born on the wrong planet or something.
But, yeah, why they don’t just split everything by weight class or something is so confusing.
It’s like we keep doing stupid stuff because it’s what boomers did.
Posted 4 months ago Report
Link Quote Reply

(Foil Hat)
@Ciaran
And the boomers are suffering a collective loss aversion and trying to stay in power any way they can.
Posted 4 months ago Report
Link Quote Reply 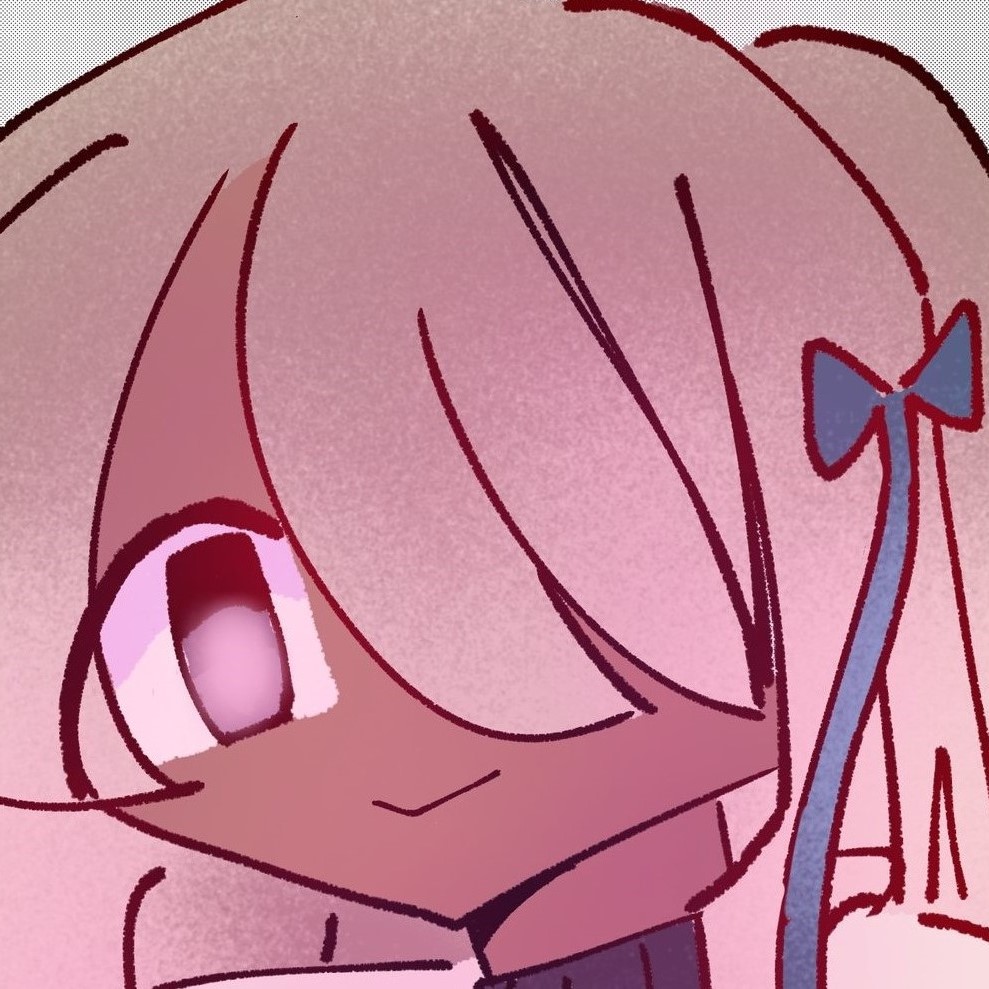 Dogs
Trump Jr. (no, not the failson. The one that’s a governor) saw the video of Trump after 9/11 claiming to be helping clear rubble…in a spotless business suit, clearly just farming for PR brownie points. So he repeated daddy’s little stunt by having a photo shoot showing him “helping” the people of Florida…but stalled actual local relief efforts in an effort to get that photo op.
Posted 4 months ago Report
Link Quote Reply

Somehow Omnipresent?
@Violet Rose in The Rain
They only show up when there’s good news for Russian nationalists. See how they came by when Putin pulled a sudetenland on Friday night, and immediate vanished after Russian forces were slaughtered and routed the very next day in Liman.
He’s probably furiously scrolling through telegram channels or VK for news that contradicts the utter humiliation RU forces are facing in Jerson now, and collecting the talking points about “tactical retreat to more defensible positions” or “allowing the enemy to enter a killbox of our choosing” to spout out. That or using a VPN to research the best ways to get out of Russia before the “partial mobilization” includes him, as well.
Posted 4 months ago Report
Link Quote Reply
Background Pony #10F6
@The Smiling Pony
I’ve argued with him before I can confirm that’s EXACTLY what he’s doing. Guy thinks the defeat at the north was a “goodwill gesture” and capturing the capital was “unnecessary” in a war to make the opponent bend to your political whims.
He can’t be helped.
Posted 4 months ago Report
Link Quote Reply
Background Pony #D717
@Background Pony #10F6
Inb4 the multi-paragraph thesis of “no, u” floods this thread for roughly 1-2 pages.
Give it a bit of time, apparently runs on Internet Explorer.
Posted 4 months ago Report
Edited 4 months ago
Link Quote Reply

Monado User
@Dustcan
Watch him agree with the Special Master too.
Posted 4 months ago Report
Link Quote Reply
Background Pony #0847
@Ciaran
Ignoring logistical trouble with narrow enough weight classes in many contexts (e.g. amateur sports teams in school context) men are still likely to have an advantage in the vast majority (not all) of sports at the exact same weight (due to be slightly taller at the same weight on average, having a bit more muscle at the same weight on average, etc.), it wouldn’t be overwhelming but you definitely would see significantly less women at the top places than among the contenders in general.
Plus women’s sports is A Thing, it was one of those “their own spaces” ideologically. Asking to abolish them is not going to be seen as well-intentioned, no matter how you slice it.
@lonewolf
Sadly torture was endemic to the power structures of the “people’s republics” all eight years. It (or threat of it) was just part of the business there. No reason for things to change with Russia formally assuming control it had anyway in reality.
As far as Russian “patriots” - some people cannot be changed. There was infamous example where safely middle-class nationalist went to Donbass in 2014 with an aim of helping (financially even), was arrested, accused of being Ukrainian spy, tortured, ransomed back to Russia, and have seen no problem with how things transpired. People were joking about his masochistic tendencies but realistically speaking he just convinced himself that he is a part of something so much bigger that he is ok with being a “statistical mistake”.
Posted 4 months ago Report
Link Quote Reply
SleepySteve

Applears
I’ve decided I’m going to stay out of this forum for a while. I’ve caused way too much heartache and broken discourse on here and I don’t want to make it worse.
@The Smiling Pony
@Background Pony #0847
It’s not because I’m “insane” or “unwell”. I have such an unescapably bleak view on humanity that I felt anyone living in a current or former imperial power (especially those with a record of some of the worst crimes against humanity) who’s proud of their nationality in any way (Russia and America included) as less than a person, incapable of thinking for themselves. Looking back, I was wrong. It makes me want to vomit looking at the tweet. I should never have tweeted that out, and I wish I could take it back.
I’m sorry if I caused pain to you or anyone else on here.
I’m out.
Posted 4 months ago Report
Edited 4 months ago
Link Quote Reply

Cool Spook
Remember: Never give cruelty and hatred an inch, because they will take make it the norm. Call them out whenever they arise.
@SleepySteve
That is what being unwell means. You need to seek a good psychologist to sort this stuff out. Letting it fester won’t help you.
Posted 4 months ago Report
Link Quote Reply

I’ve decided I’m going to stay out of this forum for a while.

men are still likely to have an advantage

Ridin Dirty
I’ve been avoiding this place, because if i have to admit i’m wrong it better be worth it.
>I use vague and emotional language to cause other people distress because I’m angry.
>Using partial knowledge of dark psychology to project and anthropomorphize countries and power structures, that are physically incapable of acting like an individual human.
>Using anti-human rhetoric that can be used to justify racism and further propagate evil that I think i’m warning people about.

I’m a stupid internet troll nobody should take seriously. I have to remember even someone as small as an ant has responsibility. Politics is a huge social responsibility. The fact that another country will put my head on a block is not a bragging point.
I’m going to avoid a little more. Avoiding damage, not avoiding apologies. Even if a criticism about me is only partially true, now is a good time to just take it. I cannot desecrate nations and tribes, without acknowledging they’re where my blood and fervor come from.
Posted 4 months ago Report
Link Quote Reply

Moderator
友情は魔法だ
@Beth
@SleepySteve
Maybe we should all just unsubscribe. Then we can go do other stuff for the rest of our lives.
And, better yet - when the really rabid bad actors come back they’ll find nothing here.

Just a vast wasteland of “No One Cares”, with a TV showing a blank screen. 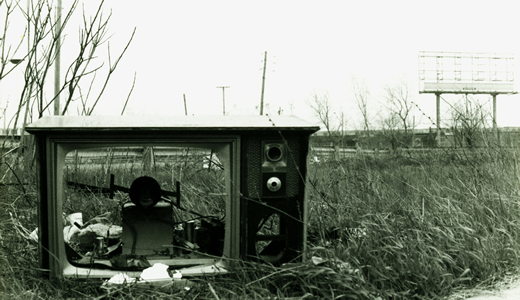 Maybe they’ll think the apocalypse happened and they’ll lock the doors on their fallout shelter and never show their faces again.
Maybe they’ll go out and pick up a hammer and build habitats for humanity.
Let’s do it as an early April Fool’s joke against those whose lives are so dependent on this thread existing. Or do it for ourselves as an early ‘Giving up shit in my life’ for Lent.

Cool Spook
This thread is my main source for updates on politics and the invasion on Ukraine, so I would enjoy it if it wasn’t locked yet.
Posted 4 months ago Report
Link Quote Reply

Gallusposting since 2019
@Meanlucario
Same thing, although for me it’s Twitter. Usually maps of Ukraine showing the progress of the local defenders.
Posted 4 months ago Report
Link Quote Reply

@HorsesandMuchMOAR
Russia’s invasion of Ukraine is simply a repeat of the USA’s invasion of Afghanistan: a bloody stalemate which will drag on with no real progress.
The ONLY difference is that the international community didn’t boycott and place sanctions on the USA like they should have.
Posted 4 months ago Report
Edited 4 months ago
Link Quote Reply
Interested in advertising on Derpibooru? Click here for information!