Generals » Don't blame me, I voted for the other guy. (Politics General) Search Posts
Started by Archonix
Posted 5 years ago
135759 replies
Subscribe

“ShimSham my GlimGlams”
@Dustcan
To Republicans, that makes him the MVJ.
Posted 1 months ago Report
Link Quote Reply

Senior Moderator
Site Developer
Tag Czar
@Background Pony #1D40
The entire point of all of this crap from conservatives is to baby-trap women into being baby factories. The idea is that single women will end up pregnant, marry whoever knocked them up, and then be owned by him. All these modern notions of waiting until marriage to have sex are just misinformation made to water down the harsh reality of what conservatives would actually do if they had full control.
@Zincy
This has already been happening. Even in California, a woman spent 17 months detained because of a “suspicious” stillbirth before it got resolved (California has a law that makes it murder if you hurt a pregnant woman to cause her to lose the baby without her asking, and she went to a religious hospital, while apparently having drugs in her system, for the birth).
@Dex Stewart
The GOP routinely votes against improving childcare, especially nationwide mandates like maternity leave or a government system to care for babies, saying that it’d be “socialism”. Currently, one GOP congressman is planning to try to stop a deal on school lunches, because the lunch program requires that schools feed trans kids the same and mention any kind of attempt to not do so.
Posted 1 months ago Report
Edited 1 months ago
Link Quote Reply

Tensa Zangetsu
In response to the tweet Obama made about Roe v Wade, a Texas representative says the quiet part outloud, and declares that he wants Brown v. Board of Education (the one that got rid of segregation in schools) to be repealed next.
These f###ers aren’t even hiding it anymore.
Posted 1 months ago Report
Edited 1 months ago
Link Quote Reply

Is that a 5*?
@Penguin Dragneel
I’m surprised the south actually honored that ruling in any way.
Posted 1 months ago Report
Link Quote Reply

Currently, one GOP congressman is planning to try to stop a deal on school lunches, because the lunch program requires that schools feed trans kids the same and mention any kind of attempt to not do so.

I think I remember this one. The state is being given a federally funded handout for free lunches, with one of the only stipulations being an explicit prevention on discriminating against trans students at the same time. So the state is refusing it.
I cannot state this straightforward enough. A red state is refusing free money to feed children because they are being asked not to be bigots.
The cruelty is the point.
And speaking of cruelty being the point and bigotry being sacrosanct to the GQP…

Senior Moderator
Site Developer
Tag Czar
@Dustcan
It’s even worse. The requirements for non-discrimination are ONLY in how they carry out the lunch program itself. The GOP is saying that it’s unfair to require non-discrimination in feeding kids, because this could be used as a wedge into making kids think it’s okay to be trans because trans kids get fed the same.
@Dustcan
Technically, I think what he’s actually saying is that it’s hypocritical to not be outraged by overturning Plessy with Brown, but to be outraged now. He’s…he’s saying that taking away rights should be treated equally to giving people rights, which is also horrible.
Posted 1 months ago Report
Edited 1 months ago
Link Quote Reply

Gallusposting since 2019
What do you think of the white-blue flag used by anti-war Russians? According to its designers, it’s supposed to represent Russia getting rid of its war crimes, including stopping the invasion of Ukraine.
This flag surely made Putinists very angry, triggering them as soon as it’s seen.

(Foil Hat)
@HorsesandMuchMOAR
Is that literally just a Russian flag with the blue and white swapped?
Posted 1 months ago Report
Link Quote Reply

HeadlessHorselessHorseman
Guess who got back yesterday? A wild-eyed boy that’d been away.
I’d be a lot less worried about this if Dems weren’t currently taking the heat for Republican malfeasance. As it is, there’s some chance that the Roe v. Wade reversal could even the odds for the midterms, but in the worst case scenario, nothing changes and the gulf between red and blue states just gets wider.
We need 2020 levels of street momentum to keep this ship from sinking.
Posted 1 months ago Report
Link Quote Reply

What do you think of the white-blue flag used by anti-war Russians? According to its designers, it’s supposed to represent Russia getting rid of its war crimes, including stopping the invasion of Ukraine.
This flag surely made Putinists very angry, triggering them as soon as it’s seen.

When the when the Russian libs oppose Russian state action abroad but replace it with Russian action becoming heavier at home. As the flag was described to me by a Russian friend: they are taking the thin blue line and hiding behind it, but making that line thicker.
Posted 1 months ago Report
Link Quote Reply

G5 enthusiast
How many hundreds or thousands of people are going to end up in prison over this bullshit? Some of these people who claim they care about all life want to see abortion doctors executed.
Posted 1 months ago Report
Link Quote Reply

Dogs
@Pinto Bean
“I cherish life with all of my heart. I don’t care how many men, women and children I kill to preserve it.” 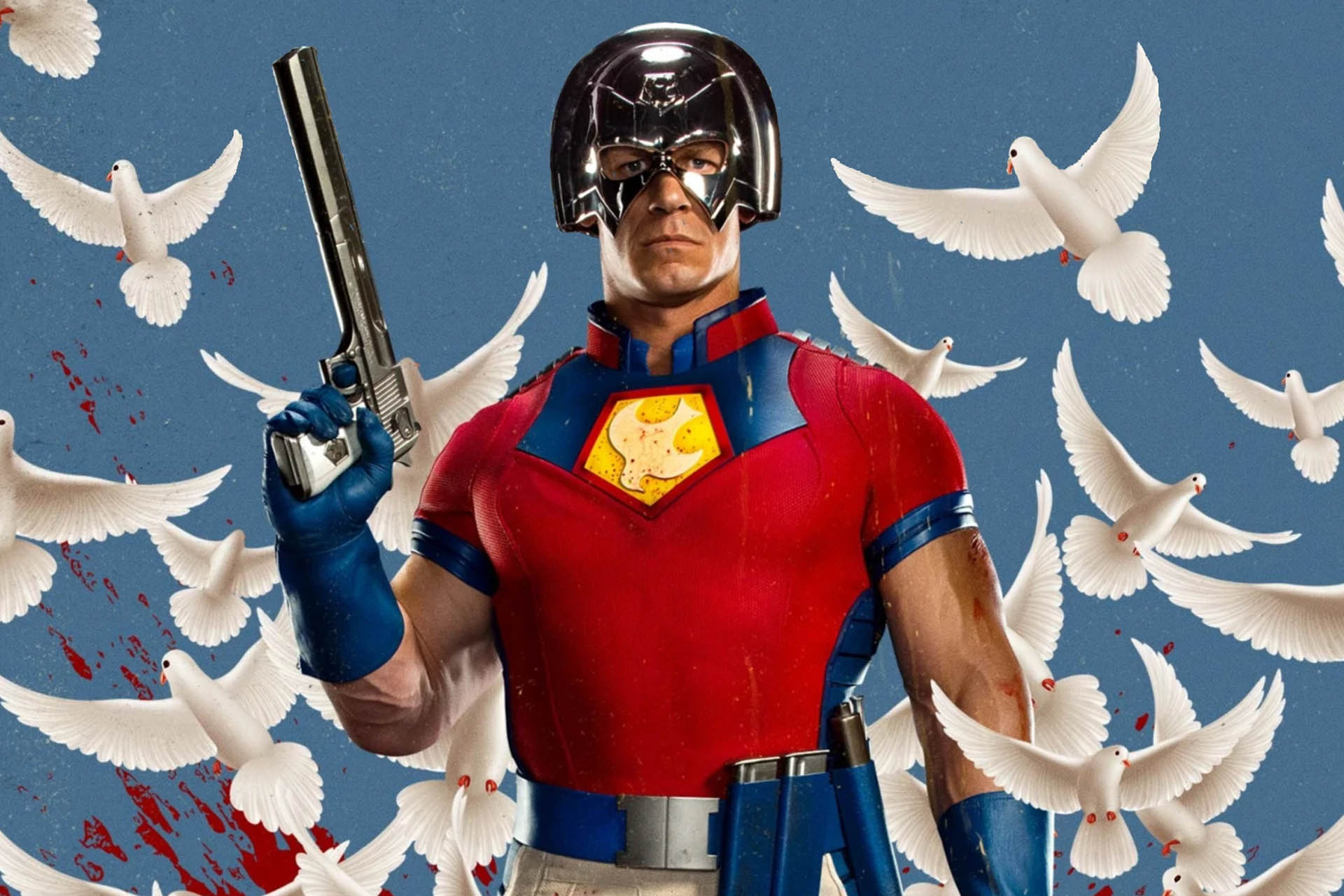 IWTCIEM
@HorsesandMuchMOAR
I think it’s a solid idea. Even though it looks a tad similar to the flag of Estonia.

Gallusposting since 2019
@AaronMk
I noticed that in some Twitter posts, Russian liberals are described as nationalists in heart.
Ukrainians complain that the Russian liberals don’t know correctly about their actual situation, almost like the baizuo from America regarding foreign issues.
Posted 1 months ago Report
Edited 1 months ago
Link Quote Reply

@AaronMk
I noticed that in some Twitter posts, Russian liberals are described as nationalists in heart.
Ukrainians complain that the Russian liberals don’t know correctly about their actual situation, almost like the baizuo from America regarding foreign issues.

Navahlny is - heaven’s forbid - not much different from Putin besides perhaps being more western aligned. In regards to Ukraine he has made similar comments to Putin about them. The liberals of Navalhny are only against such things as they believe they can get the opportunity to do so. If Putin can be described as the Oligarch’s man in the Kremlin, the ‘liberal opposition’ is the party of the oligarchs who fled abroad over the past decade and a half or so. They’re not really all that different.
The only capable and valid resistance to the war comes from the worker’s organization against it, which has so far been distracted and defiled by the Communist Party of the Russian Federation and Ukraine straight-up banning all left-wing opposition in parliament and regarding any anti-war activity as (rightfully) hostile to [the] Ukrainian [State].
The real anti-war flag is not white and protected by a thick line of the police; but thoroughly red.
Posted 1 months ago Report
Edited 1 months ago
Link Quote Reply

CHS, Class of 20XX
@Dustcan
Daily reminder that the religious right started as a pro-segregation movement and only latched on to abortion as a cynical rallying cry.
Posted 1 months ago Report
Link Quote Reply

CaptainXtra
PUNCH A FASCIST!
I loved how Wolfenstein 2 let you slaughter KKK members alongside the Nazis.
In fact, I love it whenever the KKK are portrayed as the wastes of oxygen they are and get appropriately dealt with: 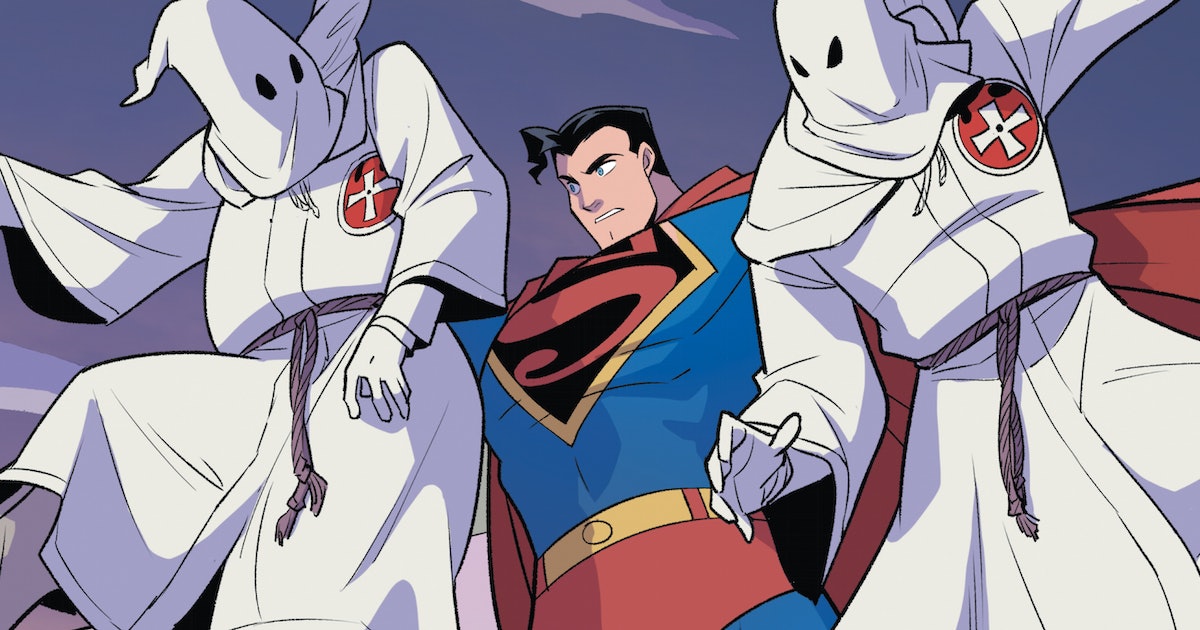 Zipp is g5 BP
@Dustcan
NGL I respect him for going after liberals, since they’re also the bane of my existence too, though not for the same reason as the rightoids. It’s why I laugh at Notorious RBG fans, since it’s basically her fault that we’re now in this shitshow; all because she wanted to have her successor chosen by the first female president. Hell, I even cut Obama some slack on the abortion issue, because he at least tried to get her to retire when he had both the house and senate backing him, thus could choose anyone and all the GOP could do was do a Rick Santorum and call him the n-word under their breath.
Posted 1 months ago Report
Link Quote Reply
Background Pony #15B5
Ghislane Maxwell has been put on suicide watch because of course she has. Now that everyone is nice and distracted by current events you can expect her to Tripple somersault off her top bunk any day now, conveniently when the cameras are down.
Posted 1 months ago Report
Link Quote Reply
Background Pony #1D40
@HorsesandMuchMOAR
Well, the Russian opposition needed some kind of symbol to rally under, and that flag does the job. But I think ideas of changing the official Russian flag to this one might be harmful to the opposition. I’m not Russian so I don’t know for sure, but I suspect that there will be a part of the population which opposes Putin and normally would support the opposition, but which will also consider the flag change a deal breaker.
@AaronMk
From what I’ve heard, the parties banned in Ukraine were pro-Russian. Were there any bans for parties which weren’t pro-Russian?
And yes, Navalny isn’t ideal. He’s mostly liked by the West for the possibility of bringing democracy to Russia.
Posted 1 months ago Report
Link Quote Reply

6 Thus saith the Lord; For three transgressions of Israel, and for four, I will not turn away the punishment thereof; because they sold the righteous for silver, and the poor for a pair of shoes;
7 That pant after the dust of the earth on the head of the poor, and turn aside the way of the meek: and a man and his father will go in unto the same maid, to profane my holy name:
8 And they lay themselves down upon clothes laid to pledge by every altar, and they drink the wine of the condemned in the house of their god.