Generals » Don't blame me, I voted for the other guy. (Politics General) Search Posts
Started by Archonix
Posted 4 years ago
133607 replies
Subscribe

Hey! If all generals and admirals of the world, whatever their colors and stars had each other a sleeping cat on their lap, so me I would feel myself obviously better, you know!.

CHS, Class of 20XX
@Dustcan
It was a real point of confusion for the last guy, so for the record, this is what sarcasm looks like.
Posted 5 months ago Report
Link Quote Reply

Madison Cawthorn is a traitor. So obviously so that voters in his state’s district is citing the 14th Amendment to prevent him from even running for reelection. The Amendment that says “If you a traitor, no government job for you”. And there is video footage of him speaking at Trump’s rally right before the insurrection where Trump told his inbred followers to overthrow democracy…where Cawthorn told them to do the same.
It’s one of the most open and shut cases there is. So what is Big Brain defense from Cawthorn’s lawyers about why he should totally be allowed to run a government he doesn’t believe should exist and tried to make not exist? A law created to allow Confederate soldiers after the Civil War an exemption. A law made in an effort to reunite the Union for literal traitors from the Confederacy. And Cawthorn is here saying “I’m one of those!”
Yeah, uh, thanks for the confession I guess?
Posted 5 months ago Report
Edited 5 months ago
Link Quote Reply

Hey! If every general and admiral in the world, regardless of their flag and stars, each had a sleeping cat on their lap, then I’d feel a helluva lot better, you know!

Stay Strong
If you want to know how bad the infrastructure here in American, it’s best describe by this one image. 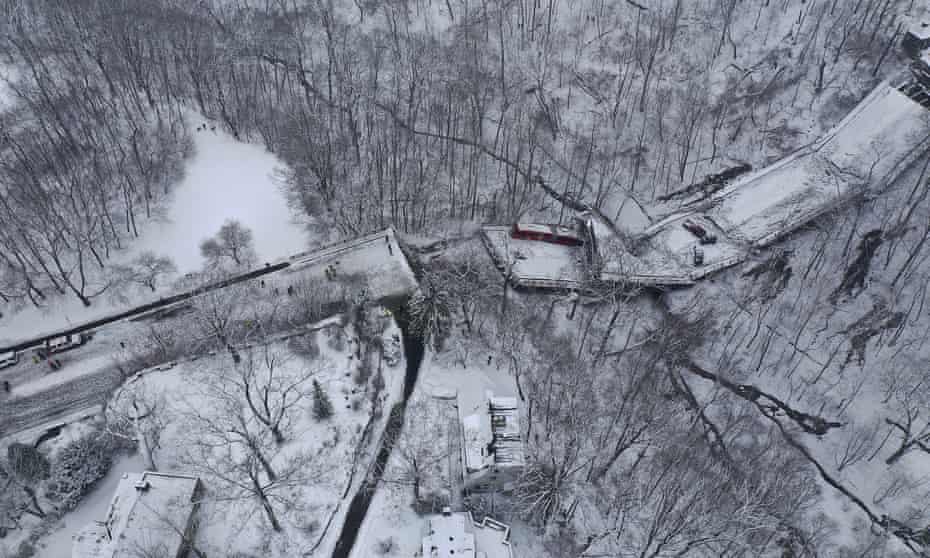 This is a picture of the bridge in Pittsburgh, Pennsylvania that has collapse, despite how bad as it looks; there were luckily no fatalities, but only 10 injuries were reported. It turns out the bridge, built in the 1970, was in poor condition.

@NitroFury
It also happened just before Biden made a visit there to talk about infrastructure.
Hopefully the codgers took the hint.
Posted 5 months ago Report
Link Quote Reply

Monde de merde
@Dustcan
Expect Qtards to start putting their smooth brains into overdrive to come up with their own conspiracy theories about sabotage, perhaps with involvement from BLM and CRT activists sprinkled on top, because why not.
Posted 5 months ago Report
Edited 5 months ago because: double ninja'd, came up with something else instead
Link Quote Reply

Tensa Zangetsu 🌈
@NitroFury
I find it funny how a bridge in my area got replaced even though it was still perfectly fine, and yet this one was ignored until it collapsed.
The perfect metaphor for pretty much everything here in the U.S.
Posted 5 months ago Report
Link Quote Reply

Stay Strong
@Penguin Dragneel
Trust me, it just shows us how investing large amount our money to the military, but not for our aging and crumbling infrastructure.
Posted 5 months ago Report
Link Quote Reply

Yo Speer!🇩🇪
@NitroFury
sigh majority of the US military is not useless or wasted
Like one third of it is just paying troops and it doesn’t take into account that things are just more expensive for the US
Compare the pay of a US soldier to the pay of a Chinese soldier, things just cost more in the US so their budget is higher

Tensa Zangetsu 🌈
@Ereiam
I think we all end up feeling like Michael Douglas at some point in our lives.
Posted 5 months ago Report
Link Quote Reply

There needs to be oversight for military spending to prevent multi-billion dollar failures like the littoral combat ship program. Not only were the littoral ships a tremendous waste of money, but the Navy has to spend billions more to make up for the debacle.
The littoral combat ships are just one mismanaged and bloated project. There are more: the F-35 fighter, the Zumwalt destroyer, the KC-46 refueling aircraft, etc.
All those tens of billions of wasted dollars could have gone to actually helping Americans.
Posted 5 months ago Report
Link Quote Reply

@Kiryu-Chan
As George Carlin famously (and correctly) states: “[They] want live babies so they train them to be dead soldiers”.
“Dead” being the key adjective. If a veteran had the gall to live - and worse, expects to be rewarded for their service - then this country hates them.
Posted 5 months ago Report
Link Quote Reply

@Dustcan
If I remember correctly, that joke he used was while he was on the topic of abortion. They want babies to be born not because they care about “the sanctity of life”, but because they want as many expendable future cannon fodder bags of meat they can muster to send to fight their wars for them. They only hide behind the “will somoene think of the children” propaganda to convince brainwashed christians into voting for them.
Posted 5 months ago Report
Link Quote Reply

Region leadership cut funding for upcoming street art gallery because of a provocative and “unacceptable” piece of art made eight months ago that didn’t have anything to do with the upcoming april election.
The art in question? This.

It apparently triggered people so much that someone did this to it.

See the mistake the artist did was to obviously make a political statement and drawing Nazi parallel.
He coulda just maded cute hijabi pics and leave it at that. But then again, real artists comfort the disturbed and disturb the comfortable.
Posted 5 months ago Report
Link Quote Reply