Generals » Don't blame me, I voted for the other guy. (Politics General) Search Posts
Started by Archonix
Posted 4 years ago
122858 replies
Subscribe

@Backgroundpony
I looked up online for news sources to substantiate your claim that he was, and I quote, “fired upon,” but found nothing, only that one of the victims had a pistol but never used it.
Seems like you’re talking out your ass, but it’d hardly be the first time.
In any case, how about the video of him saying he wishes he had his gun right now so he could shoot random people who were just standing on a street corner?
I love it when people confess to their crimes on film before commiting them. Makes this whole trial process so much easier.
Posted about a month ago Report
Link Quote Reply Zipp is g5 BP
@silbasa
You say “undermining law enforcement” like it’s a bad thing. A German guy of Kurdish descent did the same thing, and law enforcement had a role in his death, despite killing or even harming a whopping zero people; so you’ll have to excuse me if I don’t particularly care for muh law enforcement or muh broken laws arguments.
Posted about a month ago Report
Link Quote Reply

All I am asking for is a fair trial and I am sure that video will come up in the trial and so are the witnesses that claim about the gunshot Rittenhouse was allegedly reacting to.

So you won’t address the fact that I found no evidence for your “they hired upon Kyle first” statement. Got it.

But I am very concerned that your moral compass seems to be. “If an innocent black kid would be on the chair for it so should an innocent white person.”

That’s not what I said, but you’re more than welcome to eat a report if you’re going to keep misrepresenting me like that.
Posted about a month ago Report
Link Quote Reply

@Ebalosus
Many lives would have been saved had the riots been stopped. The two dead antifas might even one day have ended up becoming productive members of society had they not been brainwashed into attacking people on sight.
Cops sometimes slip up but undermining them leads to chaos that does a hell of a lot more damage, as we have seen in every major city that defunded them and then promptly refunded them when crime rates soared and body counts rose.
Always look at the big picture Ebolasus. We can reform and improve sure, but removing/weakening the police because sometimes things end badly is throwing the baby out with the bathwater.
The far left loves their emotional narratives, excellent tools for riling people up and starting their “revolutions”. Remain skeptical and research everything with a neutral lens, always many sides of a story.
Posted about a month ago Report
Link Quote Reply
Backgroundpony
@Violet Rose in The Rain
“Misrespresenting” by telling you how you look to me… If you want to play the game like that. But beware that swings both ways.
YOU not finding any evidence means nothing. It is NOT OUR job to find and evaluate the evidences. And it is definitely not our job to judge. And that is the whole point the mob trying to interfere with the court because the judge does not go into the trial with the guilty or innocent verdict already in his pocket.
Posted about a month ago Report
Link Quote Reply

@Ebalosus
Many lives would have been saved had the riots been stopped. The two dead antifas might even one day have ended up becoming productive members of society had they not been brainwashed into attacking people on sight.

Is there even proof that the two who were shot were with antifa? Or that they were attacking anyone? I’m not going to discount the possibility that it could have been self-defense depending on the sequence of events, but since he was apparently going around pointing his gun at people before the fatal confrontation, my inclination is that he probably initiated it.
Posted about a month ago Report
Link Quote Reply

@WatermelonRat
It seems that way, according to Wikipedia. The antifas had firearms as well.
“The beginning of the first confrontation between Rittenhouse and Rosenbaum was witnessed by McGinniss to whom it seemed that Rosenbaum and other protesters were moving toward Rittenhouse, who was trying to evade them; Rosenbaum then tried to “engage” Rittenhouse, but Rittenhouse managed to avoid this by sidestepping and running away.[6][39]
The remainder of Rosenbaum’s confrontation, and the following incidents with Huber and Grosskreutz, were recorded in cellphone footage from multiple angles, including the moments of the shooting.[40] Video footage showed Rittenhouse being pursued across a parking lot by Rosenbaum,[31] who threw something in Rittenhouse’s direction,[41][39] identified as a plastic bag.[6] As Rittenhouse was running from Rosenbaum, two shots could be heard, one from an unknown third party, fired for an unknown reason, and one from Joshua Ziminski, who fired a self-described “warning shot” into the air,[42] causing Rittenhouse to stop running and turn towards the sound of Ziminski’s shot.[31] McGinniss stated that the sound of the shot was the moment Rittenhouse “went from running away to aiming his weapon.”[42]
Then, according to Kenosha County prosecutors, Rosenbaum engaged Rittenhouse and tried to take his rifle from him.[43][44][5] Rittenhouse then fired four shots, hitting Rosenbaum in the groin, back, and left hand. The bullets fractured Rosenbaum’s pelvis, perforated his right lung and liver, and caused additional minor wounds to his left thigh and forehead.[45] Rittenhouse remained near Rosenbaum as McGinniss began administering first aid. Rittenhouse then made a phone call and was heard saying “I just killed somebody,” and then fled as more protesters arrived.[5] Rosenbaum died shortly afterwards.[45]”.
All of this is tragic. Brainwashed people attacking a 17 year old boy that should never have been there in the first place but chose to venture out due to a (misplaced?) sense civic duty.
Failure of governance is what this all is.
Posted about a month ago Report
Link Quote Reply 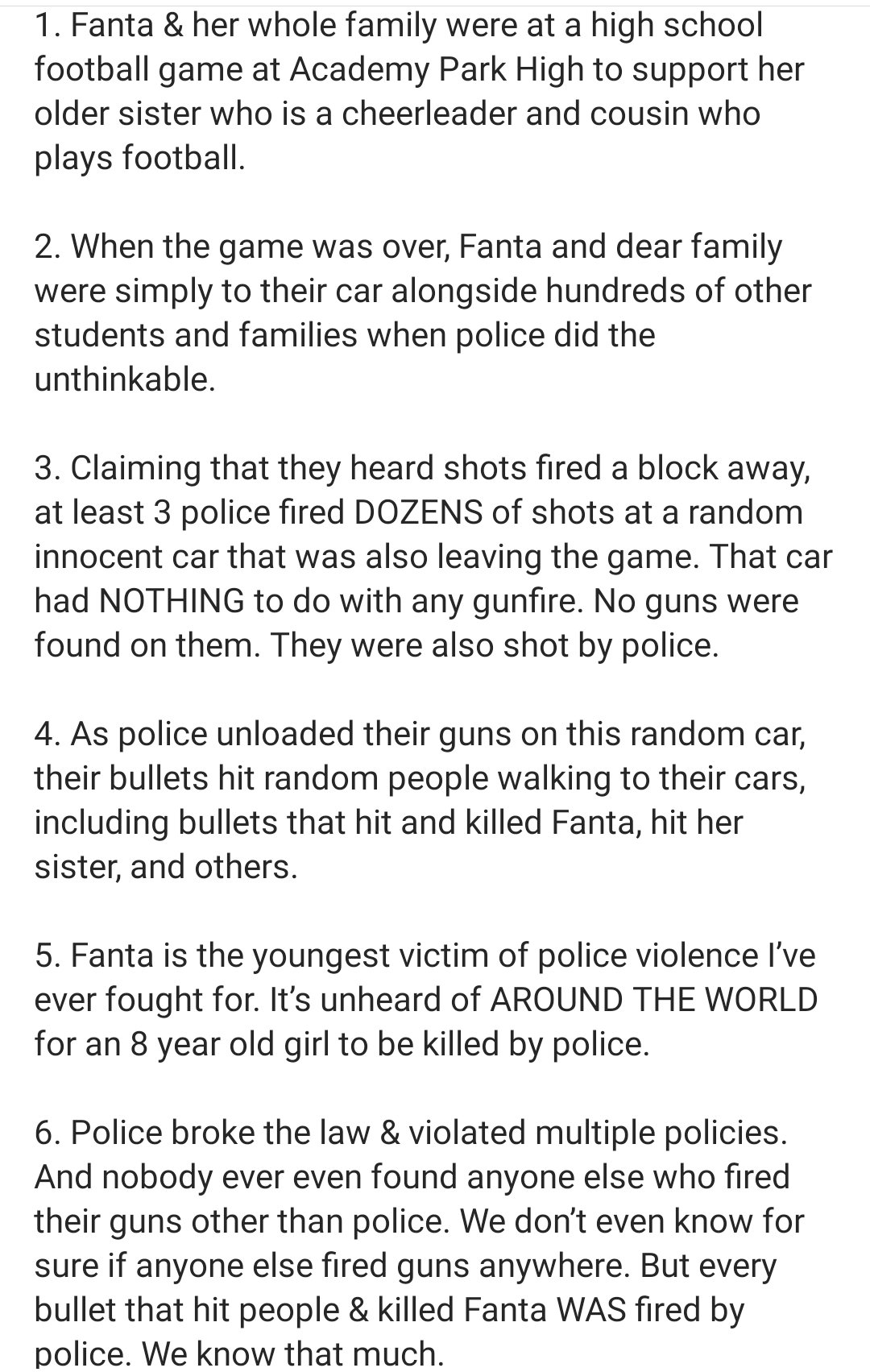 The following video on Twitter shows Minneapolis police officers firing less-lethal weapons at people on Lake Street from their unmarked white van–without identifying themselves as law enforcement or issuing warnings or commands.
There’s a difference between “sometimes slipping up” and deliberately firing on the civilians you swore to protect.
And for the record, I know that spiel about rising crime rates in cities with defunded police forces is bullshit.

These efforts are all part of a shift that has been underway in America’s largest cities for a number of years now. But despite the effect these changes have had in reducing violent encounters with the police, these efforts have still experienced significant backlash, particularly from some in law enforcement who have blamed rising murder rates on police “pulling back” and being “defunded.” This criticism has intensified as murder rates have risen, even though most cities’ police budgets weren’t cut by much in 2021 and murders still ticked up in cities that increased their police budgets.

Myth #2: Defunding Will Lead to Disorder

Another misconception is that police forces are what maintains order. However, studies have found that the best tools to establish peaceful societies are equity in education and infrastructure. Indeed, research shows that lack of education and illiteracy are some of the most significant predictors of future prison populations.

YOU not finding any evidence means nothing. It is NOT OUR job to find and evaluate the evidences.

@Backgroundpony
I asked for proof that Kyle Rittenhouse was fired upon, and not only did you refuse to show any evidence, news articles or videos that happened to back up your statement, you also accused me of misrepresenting you.
It’s easy to see why the rest of the thread think of you as a joke.
Posted about a month ago Report
Edited about a month ago
Link Quote Reply
Backgroundpony
@Violet Rose in The Rain
not our job to find evidence in an upcomming trial =/= places the proof of burden on the one who asked and tell them to “do your own research”
eyup misrepresentation
You already made the judgement call while I refuse to do so.
Posted about a month ago Report
Link Quote Reply

Kazapsky
Five scoops of ice cream
@Background Pony #3BC9
We must start by seeing what definition of “child marriage” you’re using to come up with that number.
Posted about a month ago Report
Link Quote Reply

@silbasa
Good to know you’ve completely ignored the two articles I linked.
@Backgroundpony
Point out to me where I stated that we were supposed to find evidence for the upcoming trial and not, “show me evidence to prove your claim that Kyle was fired upon.”
Why make the claim in the first place when you won’t even prove anything and then proceed to say I’m misrepresenting you? Aware of the fact you can’t do it and trying to move the goalposts?
Posted about a month ago Report
Link Quote Reply

@Violet Rose in The Rain
I did read your articles. Both of them make some assumptions and spin the numbers around to reach their conclusions. My previous response to you included my opinion of the articles as well, especially points 3 and 4.
Tldr: I agree that education should be a high priority and what type of crime the police should prioritize can be discussed.
Posted about a month ago Report
Link Quote Reply
Background Pony #8F21
@Backgroundpony
Isn’t “mob justice” what Rittenhouse and his supporters want? To be able to walk around town guns out and shoot up any miscreants?
Where are your complaints about people like him seeking out “mob justice”?
Posted about a month ago Report
Link Quote Reply
Backgroundpony
@Background Pony #8F21
We had mob justice vs mob justice during the riots. Everyday citizens lives were destroyed with no reason and justified by anger and the counterforce justified by fear. We are now trying to clean it up with the justice system that is being sabotaged.
I don´t want it to relapse into that shitshow.
You want me to complain about all mob justice at once? Okay. Fuck Humankind. Mankind´s mind can justify any evil.
You are being way to broad here.
Posted about a month ago Report
Link Quote Reply 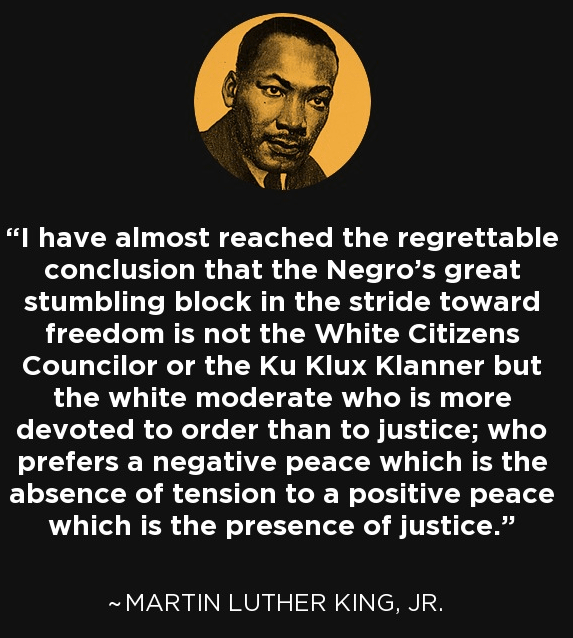 Posted about a month ago Report
Link Quote Reply
Interested in advertising on Derpibooru? Click here for information!