Generals » Don't blame me, I voted for the other guy. (Politics General) Search Posts
Started by Archonix
Posted 4 years ago
133361 replies
Subscribe

Must be getting tons of offers.
Posted 4 years ago Report
Link Quote Reply

And now we wait as our Leader of the Free World gets into a Twitter War with an almost literal soccer mom.
Posted 4 years ago Report
Link Quote Reply

He’s extending his card to attacking any player. As referenced to Steph Curry and Marshawn Lynch.
Posted 4 years ago Report
Link Quote Reply

@igotnopicks
Maybe, but he was the focal point of all this making up this stupid “protest” so he can get out of his contract and others bought into it, making themselves look just as dumb.
Posted 4 years ago Report
Link Quote Reply 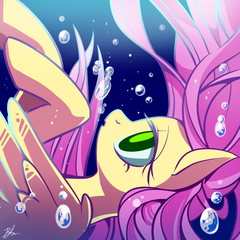 And provided each man and woman contributes his and her share of labour for the production of necessary objects, they have a right to share in all that is produced by everybody.

Of course these groups will have a clash at some point which can resolve in only 2 different ways.
Either the ones working hard/researching and inventing things in order to progress society will at some point ask themselves, why they are even doing this when they can achieve the same outcome as the ones not working for it while being lazy.
So they stop working full time and don’t contribute to communism putting more pressure on the system.
Through this vicious circle the whole communist systems collapses at some point under the pressure of those not working.
The other possibility is those actually working to keep communism alive will try to force those benefitting from the system to also contribute to it.
(At this point the idea of communism has already failed and is starting to become authoritarian)
In order to force this strain on communism to work, there will have to be either a group (usually a military) with authority over the normal populous that will force people to do things:
→ Military elitist government (examples to be seen in world/history)

are false as those who don’t work will be given nothing.

Or, there will have to be a set of rules to lead those people, some might call them “laws”

Pretty much, though not

Emancipation from the governmental yoke; free development of individuals in groups and federations; free organisation ascending from the simple to the complex, according to mutual needs and tendencies.

Monde de merde
@ArkyNoid
I never saw The Purge, but weren’t poor people the most vulnerable during the Purges (because the rich can afford to defend themselves, thus pitting the poor against each other)?

Edit: Checked out TV Tropes, and indeed it is among the examples of the Kill The Poor page: seems like the Purge got established specifically as a mean of getting rid of the “leeches of society”, including the homeless (and guess what holding that kind of political belief in real life makes you? Hint: it’s a seven-letter word that begins with “F” and ends with “-ist”, and it’s not “florist” or “flutist”).

@Dustcan
Oh Christ another Twitter war? You know I think when all is said and done, Trump’s tweets will be what we remember most about him. I also find it funny that this old man uses Twitter seemingly more than most people
Posted 4 years ago Report
Edited 4 years ago
Link Quote Reply

@Ereiam
Not exactly, the poor were basically fucked during the Purge but mainly by the Rich themselves who would hunt them down and, I shit you not, kidnap them and either hunt them in some kind of enclosed arena or sacrifice them in a church. Yeah, it got pretty weird
Posted 4 years ago Report
Link Quote Reply

@igotnopicks
Maybe, but he was the focal point of all this making up this stupid “protest” so he can get out of his contract and others bought into it, making themselves look just as dumb.

I think you forgot something. Kapernick started this protest last year. And Trump whole thing with it is.

“It’s disrespectful to our flag”
Which according to the Flag code of conduct is not true. And Kap is still happy looking for a job.
Posted 4 years ago Report
Link Quote Reply

The Naturalist
@Cyborg_pony
It’s not like today’s society doesn’t have thieves, so that point lacks value. Selfishness will always be around for as long as humans live since it is the function of all animals to pass on their genes; and no society can change that, so the goal, if it may be so, is to ensure selfishness is regulated as much as possible, which we can do to an extent that exceeds all other animals because as I have posted briefly

+*How is human cooperation different?
ABSTRACT
Although cooperation is a widespread phenomenon in nature, human cooperation exceeds that of all other species with regard to the scale and range of cooperative activities. Here we review and discuss differences between humans and non-humans in the strategies employed to maintain cooperation and control free-riders. We distinguish forms of cooperative behaviour based on their influence on the immediate payoffs of actor and recipient. If the actor has immediate costs and only the recipient obtains immediate benefits, we term this investment. If the behaviour has immediate positive effects for both actor and recipient, we call this a self-serving mutually beneficial behaviour or mutual cooperation. We argue that humans, in contrast to all other species, employ a wider range of enforcement mechanisms, which allow higher levels of cooperation to evolve and stabilize among unrelated individuals and in large groups. We also discuss proximate mechanisms underlying cooperative behaviour and focus on our experimental work with humans and our closest primate relatives. Differences in the proximate mechanisms also seem to contribute to explaining humans’ greater ability to cooperate and enforce cooperation.

Moderator
Dorky Nerd Pone
@Fluttershy Studios
How do you know more people won’t stoop to thievery if there were no laws? Or murder, or what have you. People have no ethics by nature.
Posted 4 years ago Report
Link Quote Reply

Yo Speer!🇩🇪
@Mike
>assuming capitalism is the natural state of humanity

@Fluttershy Studios
How do you know more people won’t stoop to thievery if there were no laws? Or murder, or what have you. People have no ethics by nature.

Anarchy doesn’t necessarily mean without laws in the applied form. Shit, the Zapatistas - anarchists - actively punish individuals for possession of alcohol and drugs. The difference between their execution and our own is that its own the community. If someone is caught doing something considered illegal by the community they’re taken before the community and puts him through due process and sentencing.

Or in particularly terrible cases, get executed; this was the particular punishment for individuals found guilty of rape or anti-Jewish pogroms in the Ukrainian Free Territory in 1918.

Just because the common image of “anarchy” is a society without government and without rule of law doesn’t mean that you can get away with personal violations.
Posted 4 years ago Report
Link Quote Reply

@Fluttershy Studios
And with anarchy comes no repercussions, unless one is caught and could be beaten, tortured until death.

These People wallowing in filth, untrusting of anyone. Hell, someone could come in, murder someone and leave in the middle of the night and never be caught.

If you want Anacro-communism, feel free to move there and be “free” at your leisure.
Posted 4 years ago Report
Link Quote Reply 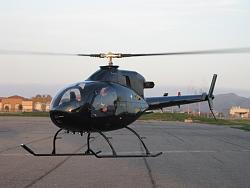 @igotnopicks
Maybe, but he was the focal point of all this making up this stupid “protest” so he can get out of his contract and others bought into it, making themselves look just as dumb.

Who says it needs to be overnight.
Posted 4 years ago Report
Link Quote Reply
Interested in advertising on Derpibooru? Click here for information!