Generals » Don't blame me, I voted for the other guy. (Politics General) Search Posts
Started by Archonix
Posted 4 years ago
119376 replies
Subscribe

@Penguin Dragneel
@NitroFury
According to your logic here I suppose I am :)
Posted 4 months ago Report
Link Quote Reply

Yep, and is one of the reasons I roll my eyes at the whole Snowden is a traitor! thing, because Snowden didn’t work for the NSA, he worked for a contractor. The only people he betrayed was his employers.

Hell, Manning is more of a traitor than Snowden, because she was in the military when she sent all that stuff to our mate Assange.
Posted 4 months ago Report
Link Quote Reply

@Ebalosus
He is a traitor but to whom? America or the NSA surveillance regime? Thanks to his actions we know what's going on but he paid a hefty price.
Posted 4 months ago Report
Link Quote Reply

So, we all know that Derek Chauvin is guilty of all charges. Well, thank's to one of jurors, Brandon Mitchell, decided to go on national TV to open his big mouth, and a surfaced photo of him wearing a BLM shirt at a some sort protest in Washington DC. There's a likelihood of a retrial being being filed by Chauvin's defense attorney.

In other words, he done fucked up the verdict.
Posted 4 months ago Report
Link Quote Reply 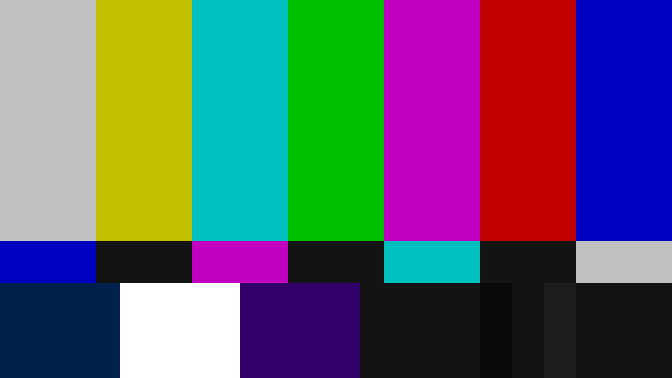 Posted 4 months ago Report
Link Quote Reply
Background Pony #7E8D
I think I can safely say that as someone who is neither a conservative, nor is necessarily right-wing, alt-right, "alt-lite", and/or far-right, overall, both politically, socially, economically, etc., this new comic posted by StoneToss (of whom there is still no actual proof that he is actually, indisputably a Nazi) once again cements his reputation as someone who, in most cases that I have seen so far (and there's a pretty good amount of them that I have, believe me), consistently never misses.


He is right on the money, regarding what people who are most-often liberal or leftist typically appear to think of people sporting Confederate memorabilia, even though they may not actually know such people who are sporting such memorabilia, personally, as in what they are as a person—and more importantly, whether or not they are actually, truly racist—which is where they seem to automatically assume shit about said people, rather than actually finding out who they really are as people, which is indeed a major part of the key underlying commentary of this comic, here.


This shitstorm has been ongoing since 2015, and practically no one has ever appeared to shed any light on this important issue within the discourse surrounding people who sport Confederate symbolism that claim to not actually be racist, and are only trying to repurpose/rebrand/reappropriate such symbolism, memorabilia, and/or imagery in a way that—in their point of view, at least—isn't actually racist, pro-slavery, anti-black, and/or a white supremacist, and/or how they should be viewed.
Posted 4 months ago Report
Link Quote Reply

Monde de merde
@Background Pony #7E8D
That's not how reappropriation works. Try to reappropriate the swastika: no matter how much you'd claim it is supposed to reference its original hinduist or buddhist symbolism, people are gonna give you the stink eye, if not outright try to kick your head in (not to mention the props you'll get from the Proud Boys instead).

There are better symbols to defend than the battle flag of a short-lived seditious state formed for the express purpose of maintaining slavery as an institution.
Posted 4 months ago Report
Link Quote Reply 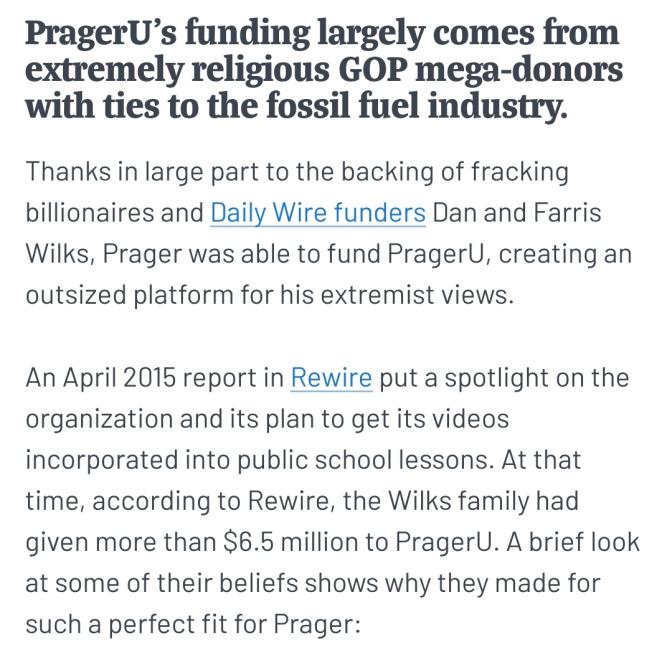 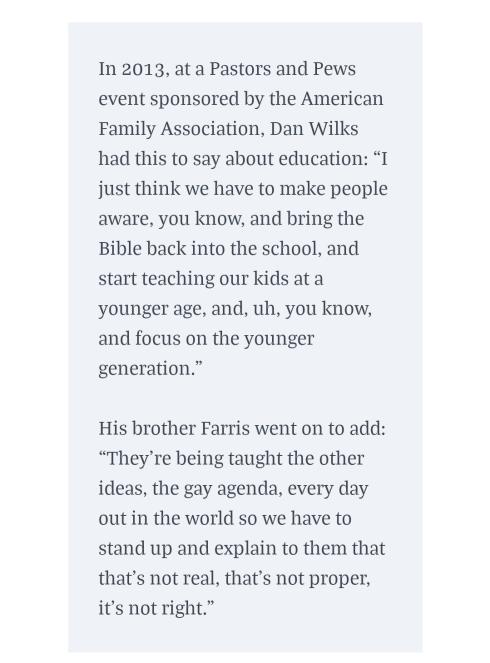 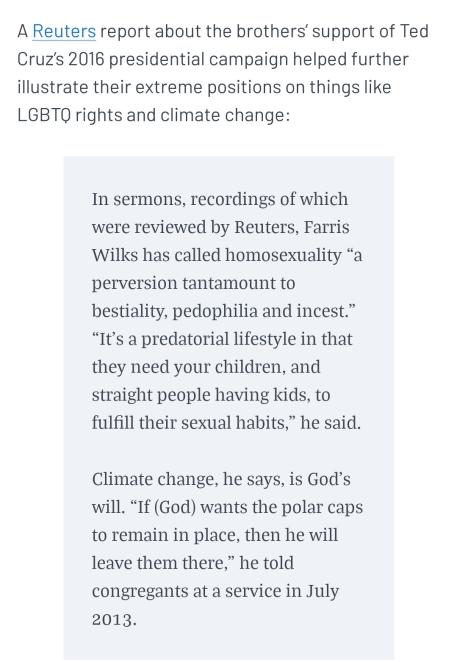 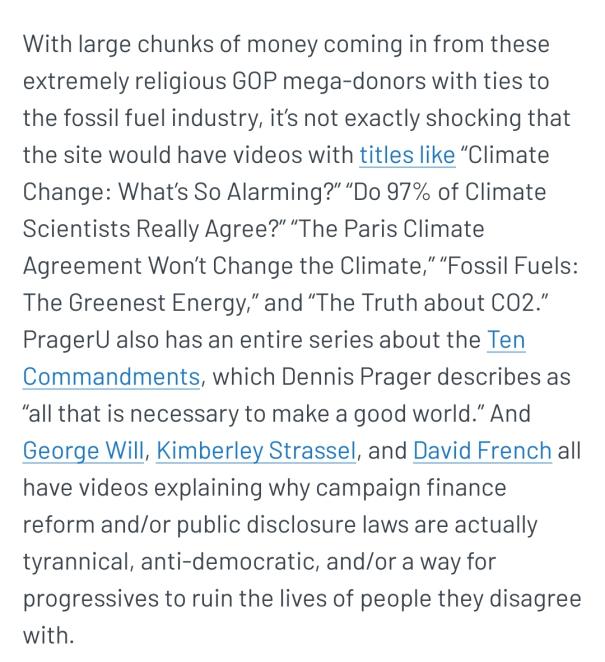 Posting these as a reminder that this is what Kielbasa is defending, whether he realizes it or not.
Posted 4 months ago Report
Link Quote Reply

World's Okayest User
Didn't PragerU recently try to defend slavery or at least Slave owners?
Posted 4 months ago Report
Edited 4 months ago
Link Quote Reply
Background Pony #7E8D
@NitroFury
Well, that's just a complete load of horseshit on the part of the defense attorney, if I ever saw one.


Now, I may not be, in any way, pro-BLM (the movement and organization, at least), pro-ACAB, pro-Antifa, pro "Defund-the-Police", pro "Abolish the Police", pro "huwhite supremacy, "huwhiteness", and (according to their assumption-based, generalization-based, Maoist, unfounded, non-indisputably-proven-to-be-objectively-true, fallacy-ridden, contrived, and sophist-as-hell definition of the following word outside of the parentheses that is laden with piss-poor semantics and woefully inadequate rationale/driving philosophy behind it, at least) "racism" is sTiLL SyStEmIc AnD InStItUtIoNaLiZeD iN aMeRiCa", pro "Abolish ICE", or any of the far-right versions of all those combined piles of absolute tripe that I just mentioned, and never have been any of them, to begin with—even before what happened to George Floyd.


And yet regardless, I still know for an absolute fact—along with practically every sane and rational human being on the planet, regardless of individual, personal political leanings/inclinations—that Derek Chauvin unquestionably murdered Floyd in cold blood for utterly zero justifiable reason, right on the spot, and that he absolutely deserves to have his sorry-ass thrown in jail for it.

THAT is completely out of the question, and this goddamn defense attorney is doing nothing to help the situation, at all.

@NitroFury
Would it even be possible to get an unbiased jury at this point?

Everyone on the planet knows what he did and already formed an opinion about him. The videos are clear.

This claim of misconduct is basically a dogwhistle for "of course Chauvin was fucked, because there were black people on the jury." Which other people on the right-wing promoted mask off, using basically the same framing as that piece.
It's a twisted logic of trying to bar anyone who has ever protested for civil rights, from being on a jury about the someone's civil rights being disregarded in the worst manner possible.
Posted 4 months ago Report
Edited 4 months ago
Link Quote Reply

In a manner of speaking.

Fun fact, Prager has a little satellite office down the road from where I live. I almost applied there for fun to see if they'd hire me.

And yet, these Conservative Reactionary pundits on YouTube and Twitter still find them as “credible”, even when their credibility is nonexistent and still demonizes the Left.
Posted 4 months ago Report
Link Quote Reply
Background Pony #7EFA
@Background Pony #7E8D
Ok, yeah the juror was an idiot, and contrary to what

thinks, no it isn't a dogwhistle. Their was of course going to be a filing like this after the verdict, that's expected. The juror gave ammo to the defense since he had been specifically asked if he had been a part of any george floyd protests and said no. I don't know what exactly they look at when deciding this but their is nothing underhanded going on, this is the legal system.
Posted 4 months ago Report
Link Quote Reply
Background Pony #9659
LA sheriffs frequently harass families of people they kill

Los Angeles sheriff deputies frequently harass the families of people they have killed, including taunting them at vigils, parking outside their homes and following them and pulling them over for no reason

At this point I think it's a bad tree that occasionally produces good apples.
Posted 4 months ago Report
Link Quote Reply

This is what Blue Lives Matter folks are defending whether they realize it or not.
Posted 4 months ago Report
Link Quote Reply

CHS, Class of 20XX
@Ereiam
In 2010, NBA legend Michael Jordan tried to take back the toothbrush mustache, a.k.a. the Hitler mustache.

You will notice that we don't call it the Jordan mustache.

@vit
You're allowed to protest for civil rights. You're not allowed to lie about it on a jury questionnaire.

And that's where things get tricky. He was specifically asked, "[H]ave you, or anyone close to you, participated in protests about police use of force or police brutality?" He said no. He did attend the "Get Your Knee Off Our Necks" March in Washington. And despite the name, it wasn't specifically about police brutality. It was a generalized black civil rights… thing… on the anniversary of the March on Washington. Y'know, Al Sharpton's bread and butter. But police reform was a part of it. So… was he lying? And is it enough to toss the verdict, as agreed to by eleven other peers?

I would hope not. But police accountability is rarely the place for optimism.
Posted 4 months ago Report
Link Quote Reply

Is it me or is Canada losing its mind day by day?
Posted 4 months ago Report
Link Quote Reply
Background Pony #7E8D
@Ereiam

Try to reappropriate the swastika: no matter how much you'd claim it is supposed to reference its original hinduist or buddhist symbolism, people are gonna give you the stink eye, if not outright try to kick your head in (not to mention the props you'll get from the Proud Boys instead).

Guess these Hindus and Buddhists in India will have to watch out, then. 🤷‍♂️
Posted 4 months ago Report
Link Quote Reply

So Canada has chosen to extend Copyright Terms by 20 years:

Is it me or is Canada losing its mind day by day?


Money's money, and politicians of any nation or (outward) political affiliation are more than happy to take bribes.
Posted 4 months ago Report
Link Quote Reply
Interested in advertising on Derpibooru? Click here for information!