Forums » Generals » Don't blame me, I voted for the other guy. (Politics General) Search Posts
Started by Archonix
Posted 2 years ago
75873 replies
Subscribe

byte[]
Site Administrator
Site Developer
@Vivace
Well that much is inevitable in the current system. Not like it can't be fixed, but people seem to dislike the idea of insurance in principle (like the cheap insurance of seatbelts…)
Posted 3 months ago Report
Link Quote Reply

“ShimSham my GlimGlams”
@byte[]
Yeah, that one makes absolutely zero sense.
Posted 3 months ago Report
Link Quote Reply
Background Pony #3083
@byte[]
It isn't a hate for insurance, but if I remember correctly in NH you need to show you have a net worth to cover you if you get into an accident. When you consider on average insurance costs are more then you expect to get back in an accident it isn't too irrational a choice
Posted 3 months ago Report
Link Quote Reply

I've never had a wreck but I've already paid enough in car insurance premiums alone to buy a decent new used car anyway. Kinda defeats the purpose of having insurance at this point.
Posted 3 months ago Report
Link Quote Reply

Latecomer
@neutralgrey
Which a successful society reduces to nigh irrelevance in most areas. People being able to walk the streets without fear is a classic measure of civilisational success.
Posted 3 months ago Report
Link Quote Reply

@Latecomer
I get it, but unfortunately we’re nowehere near that level, so for now I advocate for self-defense
Posted 3 months ago Report
Link Quote Reply

They know the risks. If they're smart they'll wear their seatbelts. If they're dumb, then let them sail through the window with the driver.
Posted 3 months ago Report
Link Quote Reply

The problems with guns has more to do with the armed idiots than the guns themselves. It’s why I think more attention needs to be paid to education of all forms (the fence at the top of the cliff) than forcing change through blunt regulations (the ambulance at the bottom of the cliff).

As for the psychological aspects, yes and no. While having a hammer does mean you’re more likely to use said hammer to resolve your problems, for better or for worse; it doesn’t necessarily play out that way when panopticism and group dynamics come into play. Think about it: even at the most tense times in recent US history, all sides have shown a remarkable degree of restraint despite the amount of guns in circulation. There haven’t been any major shootouts between antifa and the alt-right, or between them and the police. Even in massive riots there haven’t been things that would qualify as mass shootings. Why? If access to guns leads to more gun deaths, then why doesn’t that correlate to confrontations between groups that hate each other?

One thing I’ve never understood is the justifications for mandatory car insurance in the US, especially when discussed alongside health insurance. Even the libertarian (most of the time) CATO Institute justifies it. You’d think that mandatory health insurance (like what they have in the Netherlands, Switzerland, and Australia) would make more sense than on something that not everyone owns.
Posted 3 months ago Report
Link Quote Reply

“ShimSham my GlimGlams”
@Zincy
I mean the fact that someone unbelted is a danger to everyone in the vehicle, belted or not, working with the assumption that the passengers are belted while the driver is not.
Posted 3 months ago Report
Edited 3 months ago
Link Quote Reply

Getting to Know Bernie Sanders | The Daily Show

And that little girl is my hero too. She just asks an innocent and cutesy question, and Bernie, being Bernie, takes it 100% seriously and goes into talks about zoning laws and feasibility. The full clip has him shooting the breeze and getting to know the girl for a few minutes first, but still. So in response she goes and performs perhaps the first documented act of 'Ok, Boomer' in history. 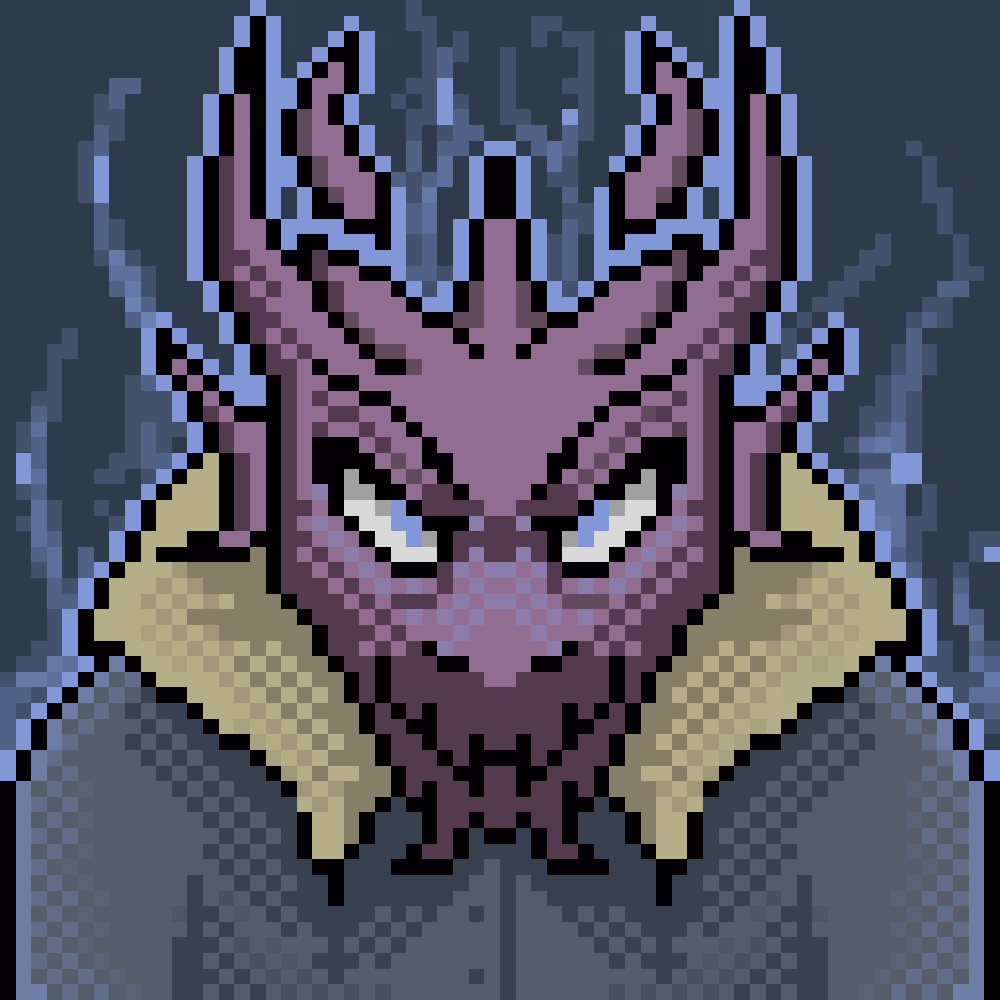 Improve and Discover!
So uh, quick question but what's the deal with Centrist supporting people.

This guy's depressed because he sees a candidate that wants to make promises and try to fulfill them? I genuinely do not understand people like this..? I mean, how pathetic does a person have to be when they gather at an establishment candidate's rally and they hold hands pretty much say, "Better things are impossible." 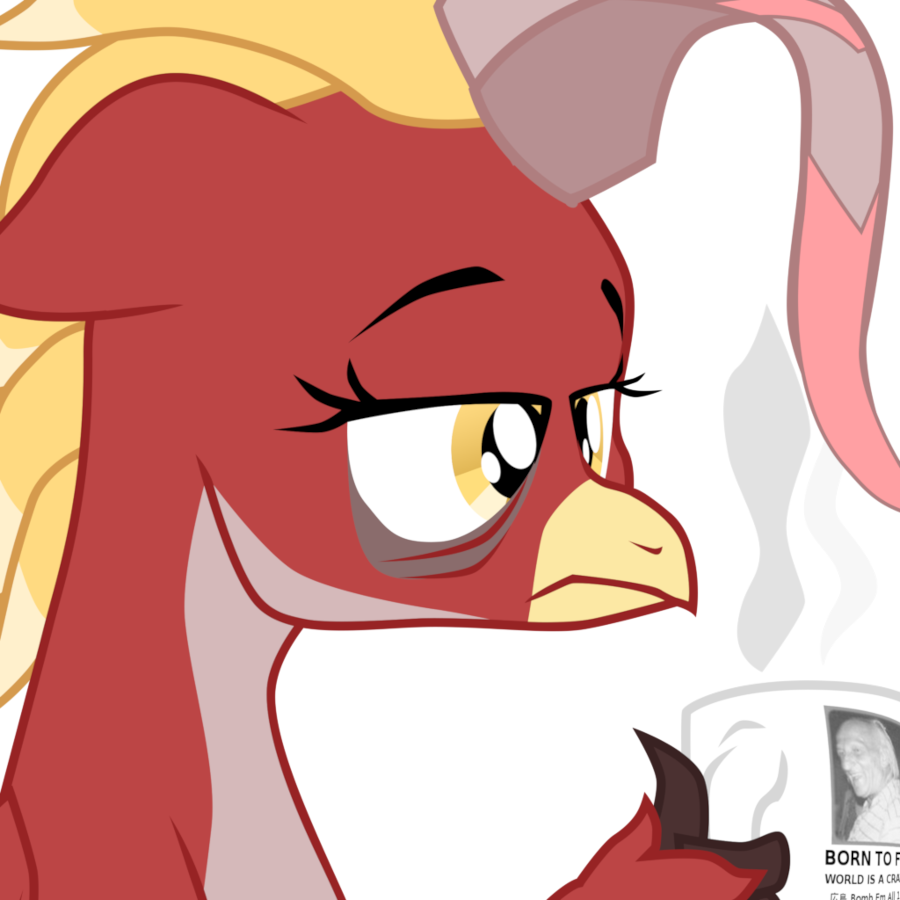 @Background Pony #A63C
Preferring a 'more realistic' candidate will just give you someone who tries less and wins less compromises.

If you're salty about Bernie's policies being watered down in future potentially, I don't wanna have to see your response to some cringe Warren or Buttigeg compromise as America continues to be the 'richest country' with third world quality of life.

Bernie's campaign is about mass support of the people pushing to get this shit past, not some spineless centrist drivel where they'll just ignore politics and keep working for most of their life til they die and have nothing to show for it due to policies favoring the rich, but that's okay because they didn't lift their bootstraps hard enough.

Goth Hippie Nerd Pony
You know how there has sometimes been gossip about 'what if the next hateful fascist authoritarian in office is a lot smarter and smoother than Trump?'

Well, that's Mike Bloomberg, the old bastard who terrorized minority communities in NY with his stop-and-frisk policy, changed some rules about NY mayor terms just so he can win a 3rd time, and worst of all has piles of disgusting cold cruel comments about everyone who isn't an old white asshole like him: from blacks to women to gays to transgender. I'd provide direct links, but I stumble across them everywhere online without even trying, he's that bad.

And he's current in 2nd place on polls for Democratic candidates, because there are a lot of fucking stupid people out there who trust 'friendly' commercials on tv and youtube that have only been around for about one fucking month.

If Bloomberg does buy the democrat primary, or otherwise force it into a brokered convention with his interference, then the Democratic party deserves to die, because it will prove they believe in absolutely fucking nothing but money. Fuck all those mayors endorsing him after his $$$ in their pockets, too.

Frankly Trump might end up being the better option, because at least he's a stupid buffoon and not a cold calculating creep. Fuck buying the presidency, and fuck mr. smarter-fascist bloomberg.

And yes I don't care for any of the other current candidates but Sanders and Warren, but at least Buttigieg, Biden and Klobuchar aren't rich old monsters. I'm fucking sick of rich old monsters in the oval office, aren't you?

If Bloomberg does buy the democrat primary, or otherwise force it into a brokered convention with his interference, then the Democratic party deserves to die, because it will prove they believe in absolutely fucking nothing but money.

It's not that they only care about money. It's that they no longer possess the institutional power to stop outsiders like Bloomberg, just as the Republicans couldn't stop Trump from crashing the party in 2016. Turns out giving the entire nomination process over to "the people" only works if "the people" aren't a bunch of easily-led halfwits.
Posted 3 months ago Report
Link Quote Reply

You say that like the DNC didn't literally change their own rules after earlier vowing to not change their rules to accommodate Bloomberg after Bloomberg dropped a bag of money in front of them.

Spoiler warning: you're going to be disappointed.

You're both right. There are too many uneducated/easily-fooled voters, who are of course encouraged to be like that within this fucked up corrupt barely-even-a-democracy, and the DNC are a bunch of elitist fuckers whose differences with the Republican elitists is sometimes simply a question of presentation, not beliefs.

At this point it might be just as important to rally around Sanders to stop this evil scum bloomberg than for any other reason, but I will absolutely vote for the others who are ACTUALLY out there campaigning if they manage to pull ahead later. 'vote blue no matter who', EXCEPT Trump 2.0. aka bloomberg…

and no, he's not better just because he won't be loudly making an evil fool of himself live on tv. Trying to shut our eyes away from the greed and cold heartlessness of billionaires will only make it worse.
Posted 3 months ago Report
Edited 3 months ago
Link Quote Reply

@Amethyst_Crystal
I wouldn't worry too much, if Bloomberg goes up against Trump, Trump will MASSACRE Bloomberg so hard the entire debate will have to be censored and used as evidence in a police investigation
Posted 3 months ago Report
Link Quote Reply

Goth Hippie Nerd Pony
@neutralgrey
It is insane and horrifying to me that I actually hope Trump does win against somebody, but that's just how fucked up things are here. And even Trump, for all his slimy childish hate-filled selfishness, has genuine emotion and passion, negative though it often is, and people can relate to that. Bloomberg is just straight up one of our cold greedy corporate overlords attempting to be elevated by the masses. He's an actual billionaire, so he has actually no soul. Let's just hope his smooth advertising campaign isn't enough to make him king.
Posted 3 months ago Report
Edited 3 months ago
Link Quote Reply

He is leading going into Nevada. And if Buttigieg wasn't able to exploit shenanigans, is believed to would have been leading with the Iowa and NH delegates.

But there's still like 98% of delegates left to be claimed so it's anyone's game.