Pone 2.0
One small thing
@Angrybrony
I should be surprised but I’m not
Posted 15 days ago Report
Link Quote Reply

I read something from Ken Penders about his new comic,and he said something like, “I don’t know why Sega or IDW didn’t let me do this sooner”.
Is he really that oblivious to his reputation or is he an idiot?

Ken Penders has reached a point of nonsensical bullshit, I think is more smart to not engage into a rational argument or thinking about him since he is one of the most irrational people I have ever met
Posted 14 days ago Report
Link Quote Reply

⌜Ω⌟
Oh… In other news:
The Scourge comic got cancelled guys lol

Touch Fluffy Tail
@RogueBadnik
Oh Honestly, what did they expect? Scourge is owned by he who killed the Archie comics, it’s about ten years too early to make a comic about Scourge and not expect it to be eaten alive, whether you think that’s fair for the character or not, he’s owned by the one person that practically a third of the fanbase despises.
it was doomed to end in disaster even if it ended up being actually good
Posted 14 days ago Report
Link Quote Reply

🔥Sunset is best girl🔥
@RogueBadnik
god, eat shit. don’t hiar alt-right scum if you aren’t preped to be called out for it.
Posted 14 days ago Report
Link Quote Reply

⌜Ω⌟
@Rabidcabbit
I am quite surprised it was cancelled that fast. The only comic I know that was cancelled due massive blacklash before release was that New Warriors comic.
Pretty sure they either suffered a C&D from Sega, but thats a hard doubt.
Posted 14 days ago Report
Link Quote Reply 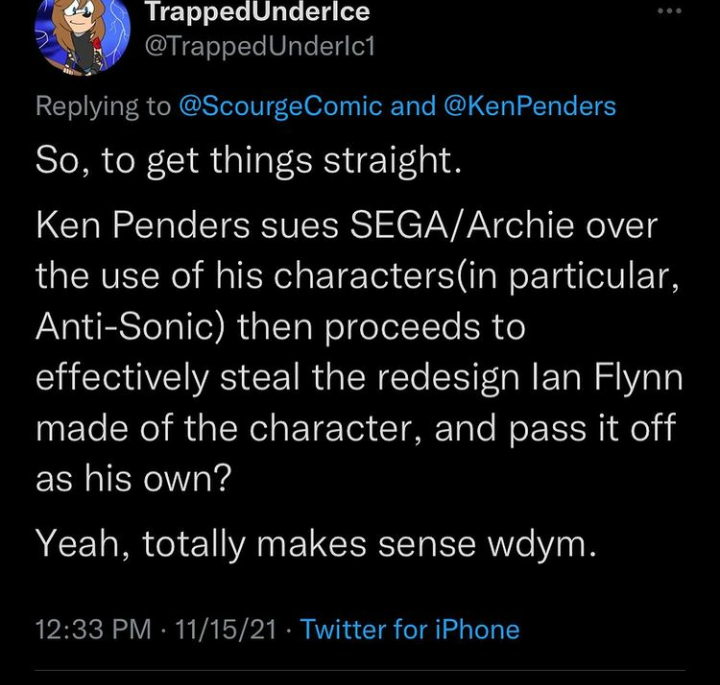 this shit is going to suck aaaassss.

One correction, artist Patrick Spaziante designed Scourge the Hedgehog, not Ian. Ian just wrote the story for his introduction/change from “Evil-Sonic.”
I hear a reason they changed Evil Sonic into Scourge was so future writers couldn’t pull off that lame, “It was Evil Sonic pretending to be Sonic” twist ever again.
Posted 11 days ago Report
Edited 11 days ago
Link Quote Reply

⌜Ω⌟
@Beau Skunky
Overall, Scourge wasnt a great character anyway. His origin as Evil-Sonic was very cliché and not very creative. Ian may have give him more depth in terms of character, but I think there are more better characters that fill that category.
Posted 11 days ago Report
Link Quote Reply

⌜Ω⌟
Happiest day of my life ladies and gentlemen: 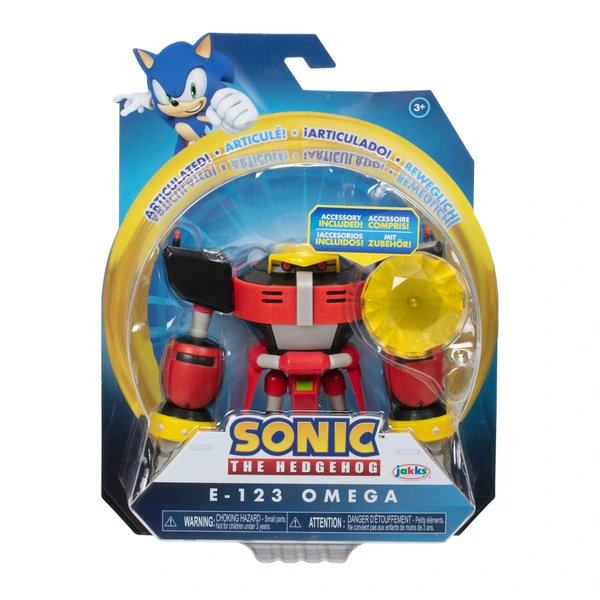 Moderator
Undead inside
@RogueBadnik
Subjective. I love him, for one example.
If you don’t, that’s fine, but that doesn’t mean he ‘wasn’t a great character’. Obviously tons of people love him.
Posted 9 days ago Report
Link Quote Reply

⌜Ω⌟
@LightningBolt
Its catalogued as a leak for now, but obviously its gonna be released soon. That includes a new Sonic, Tails and Silver toy too! 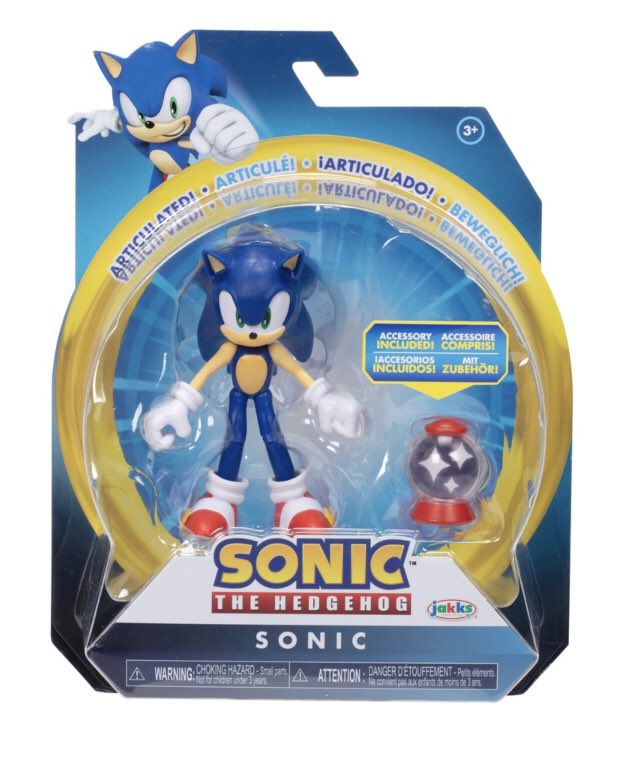 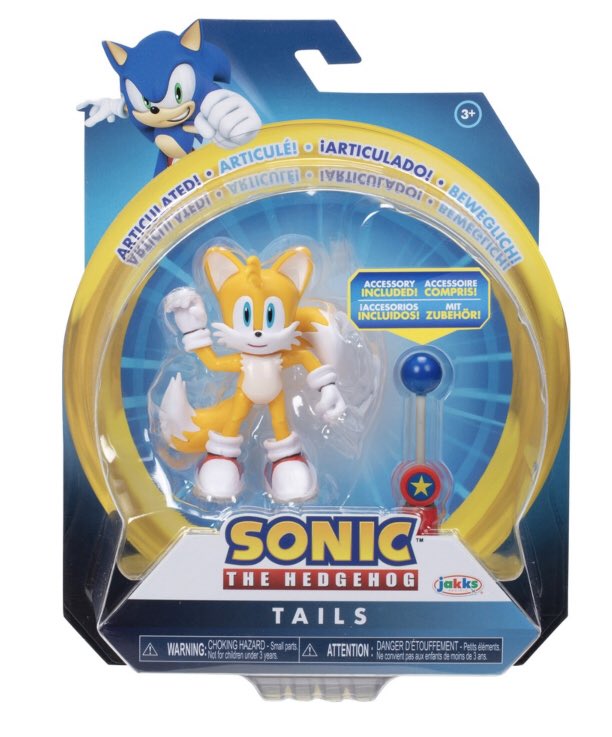 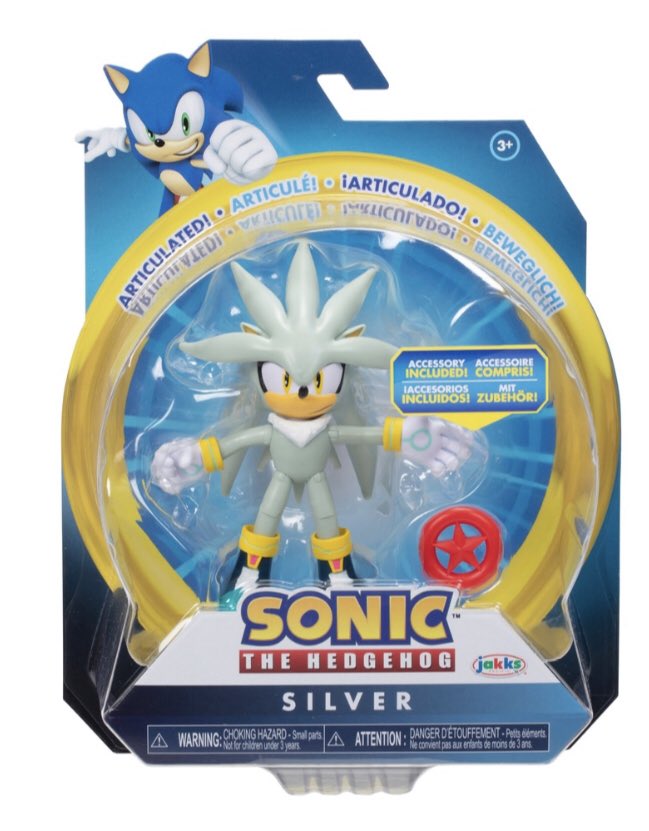 Moderator
Undead inside
@RogueBadnik
I was referring to scourge but cool :P
More silver is good.
Posted 9 days ago Report
Link Quote Reply

Ecto-Phase,Activate!
@RogueBadnik
I saw the Sonic and Silver toys at a pharmacy nearby.
Posted 9 days ago Report
Link Quote Reply

I recommend watching this video since this guy pretty much says how I feel about Knuckles’ character in the early games and newer games.
Posted 8 days ago Report
Link Quote Reply
Cosmas-the-Explorer

@Dr_Osaka
That was a pretty good video.
I think Knuckles honestly a type of character who it doesn’t make a lot to have as a recurring character. He’s a loner on an island. Honestly he seems ideally more like he should be like Zecora. Showing up occasionally but only when it suits him.
But forcing him be in that main trio I think is counter intuitive.
Throwing a hot take, but perhaps a different character should have been part of the trio. Someone who actually doesn’t the burden of the Master Emerald. Maybe Shadow or even Amy should have been the third but I digress.
Or here’s another idea. Have a guardian that can guard the emerald while Knuckles is away. And maybe even make that another character that he would have to accept that he doesn’t have to do the job alone, maybe someone like Amy could help him realize that. And maybe the story would be finding another guardian. I heard that an Archie comic did this idea.
Posted 8 days ago Report
Link Quote Reply

@Cosmas-the-Explorer
I agree that Knuckles was probably better off only used when necessary to the story and/or gameplay, but I totally understand adding him because of how popular he is and how long he’s been apart of the series.
Also I always felt like Knuckles was a fitting to the team since Sonic is all about speed and Tails about flying which makes Knuckles the strength, not to mention the difference in personality with Sonic being chill and a wisecracker, Tails being smart and kind, and Knuckles being bold and serious. (Also their colors being Blue, Yellow, and Red.)
I suppose writing stories around the Master Emerald is kinda tricky so I understand why they don’t bring it up all that much, but yeah it always felt odd when he joined Sonic’s group without any real reason or explanation.
Posted 8 days ago Report
Link Quote Reply

Moderator
Undead inside
I literally don’t get people who adore Heroes but hate or ignore Shadow’s game.
Not saying that to be rude, I just wanna know the thought process, as the two games share a lot in common when it comes to engine, graphics, and general gameplay.
And yes I am mainly referring to the video above, which completely omits Shadow’s game like it doesn’t exist.
Posted 8 days ago Report
Link Quote Reply

Moderator
Undead inside
@LightningBolt
lol okay, dude hates the game and people in the comments of that video acting like they’re the first ones who decided they hated the game ever. Yeah whatever, everyone acts that way.
Sure, Heroes is a great game, I love playing long-ass levels doubled in length by splits into two acts making them twice as long, 4 times over with four barely different versions, having to get a key in every level and beat the stage without getting hit at all and then beat the special stage to get all the emeralds, please tell me why Heroes in considered a good game or great by so many people while Shadow’s game, a game that improves on most of the gameplay and control feelings of Heroes, is so often hated on and people acting like opposing opinions just do not exist.
I’m not even talking about story at all, that is always subjective, but seriously, I swear Sonic fans ain’t allowed to like or dislike certain games and I long for some individual opinions and not just hivemind following of “lol yeah that game sucks”.
I literally do not understand what people see in Heroes. I don’t even hate it, it’s just, it’s just not fun.
Posted 8 days ago Report
Link Quote Reply

[festive stament/]
So in seprate continuities, Sonic has a sister, a brother and a dog.
Posted 8 days ago Report
Link Quote Reply 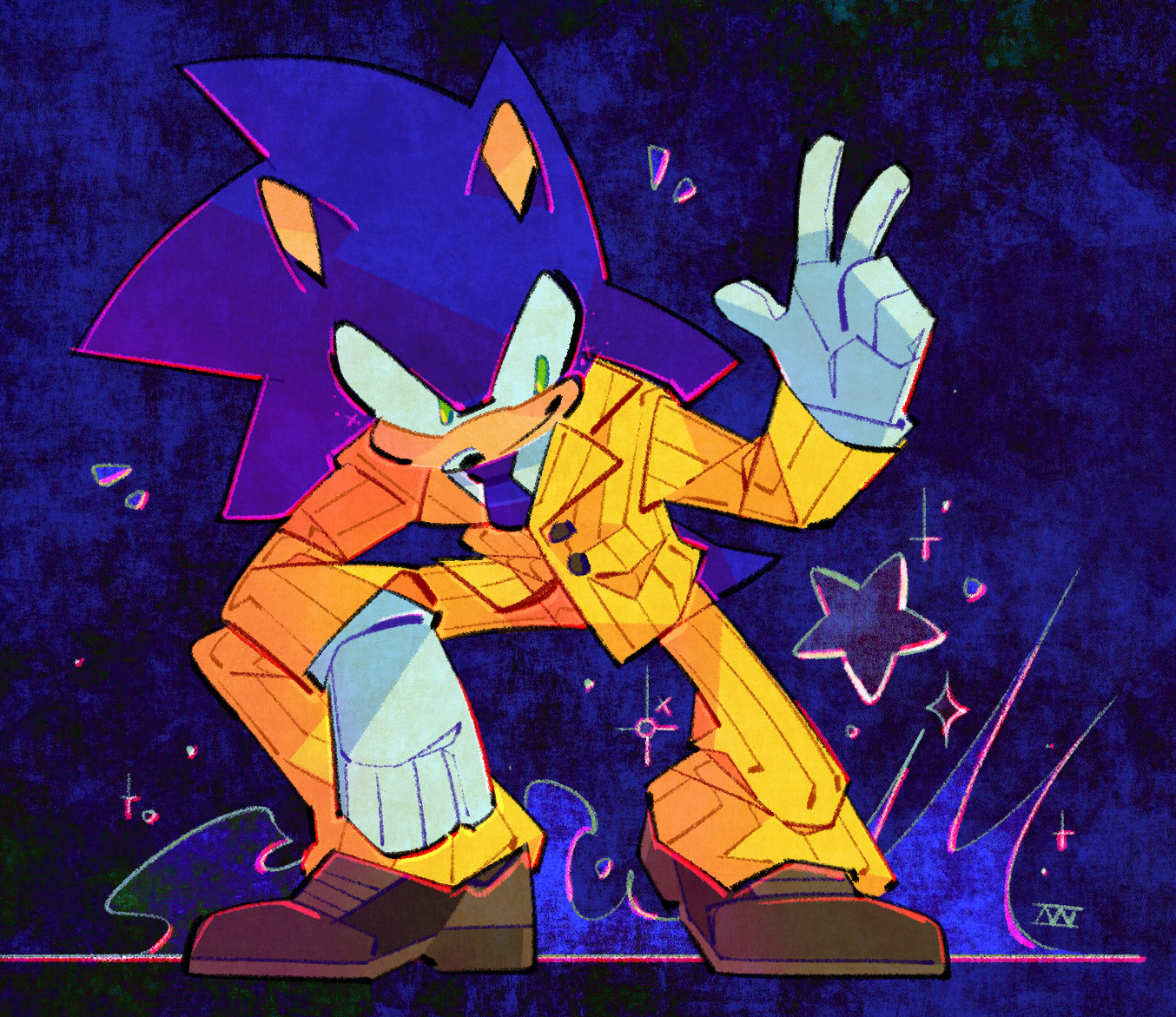 ⌜Ω⌟
Someone got the Sonic Encyclopedia and uploaded some pics on Twitter.
Fortunately, Sega mentioned Sonic Chronicles, and of course, Penders got mad.
Unfortunately, the book seemingly confirmed the dead of Infinite, which many fans didnt take it pretty well.
Posted 6 days ago Report
Link Quote Reply

Scott The Woz Enthusiast
@RogueBadnik
Damn. They straight up just offed the dude after Forces.
They have my respect for taking such a ballsy move in this current era, but… Jesus.
Posted 6 days ago Report
Link Quote Reply 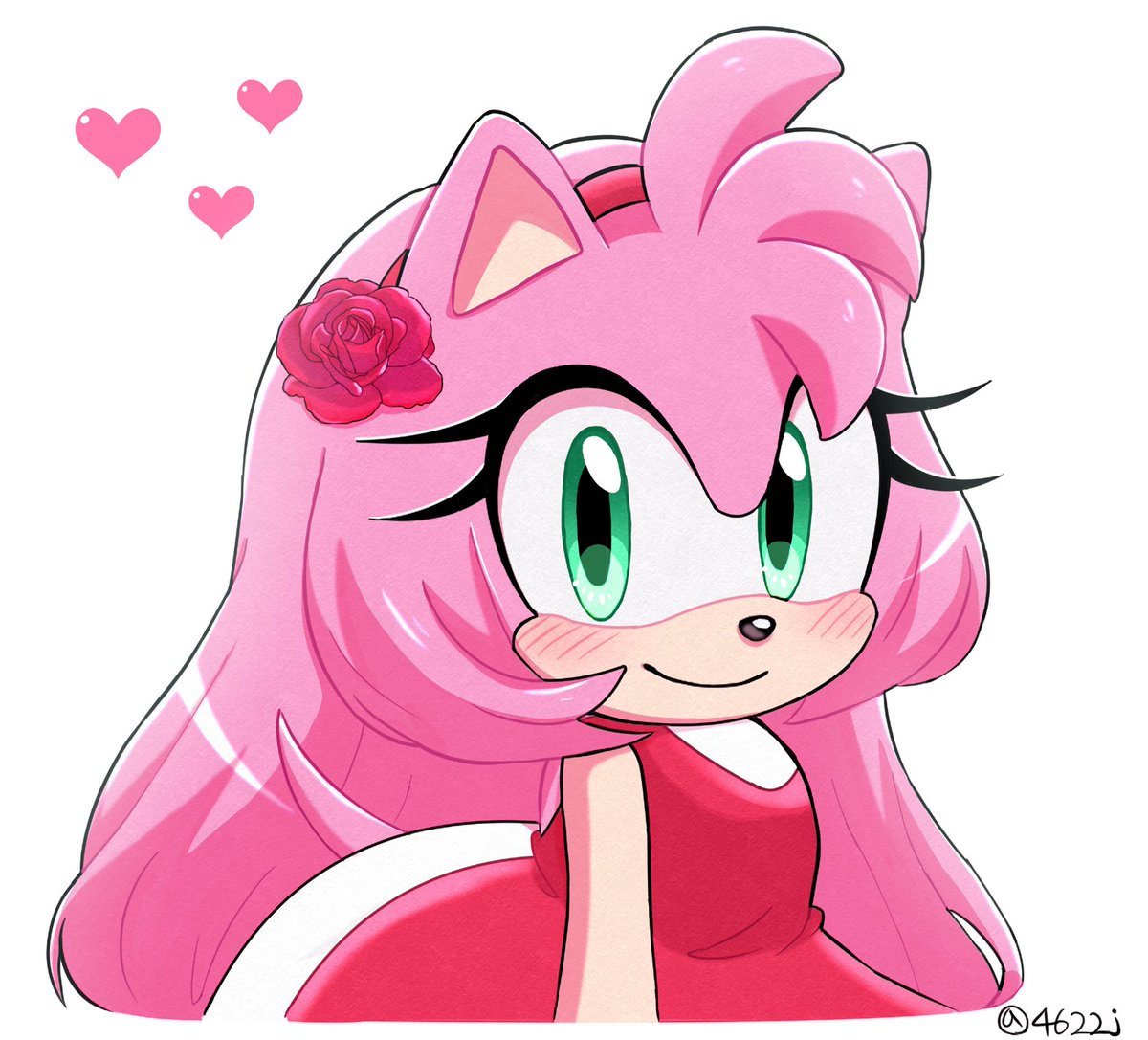