Netflix, Tubi, and VUDU oddly lack the final season though. Which is a shame, because I haven't seen all of it.
Posted 2 months ago Report
Link Quote Reply

Bad taste in everything
@Blissful690

@pixel
I wish you good luck on getting all the A ranks. You'll need that luck.


Thanks. I already have all A ranks for Eggman and I'm pretty close with Rouge too. Still have a way to go with all the others though.
Posted 2 months ago Report
Link Quote Reply

Blissful690
Glimmy is best pony
@Beau Skunky
Well, I have the final season with hardsubs and I'll upload them to MEGA if you really wanna see them.
Posted 2 months ago Report
Link Quote Reply

⌜Ω⌟
The fact that Sonic Colors Ultimate isn't running 60 fps on switch is kinda disappointing but honestly I could care less. They have much more problems with the game that spread outside of just the switch port. So if it saved some time then it's worth it
Posted 2 months ago Report
Link Quote Reply

Passionate opinionator
@Dex Stewart
Right, right. I remember watching Annoverse riff Kirby: Right Back at Ya! and even they pointed out the musical cues when certain characters appear and/or are talking.

@pixel
Good luck! Its going to take a lot of practice and patience. Whatever ones are giving you the most trouble is something I think should be looked over if fans were to make a rebalancing mod.

@Beau Skunky
Not surprised. In fact, I think bringing up 4Kids' background instruments for certain characters would make a perfect skit for the next Sonic Shorts/Seconds collab.

That blows. But it explains when I was browsing screenshots of Sonic X at the time, I saw the Jetix ID on the images since that's where Sonic X aired in Europe.

@Beau Skunky
Me too. I really should watch the rest.

@pixel
Nice work. Which missions are giving you the most trouble right now? And how is Chao rasing also going?

@RogueBadnik
And what are those other problems?

Bad taste in everything
@Red-Supernova
With Rouge, the only non-As I have are the first and fourth missions of Mad Space because it's such a huge stage it's hard to find everything fast enough to get a high score. And all her hard modes (aside from Dry Lagoon). I'm saving her hard modes until I'm done with Mad Space because the treasure hunting hard modes are secretly the easy mode because everything is always in the same place so you can just speedrun them and get an A.

In general, Sonic and Shadow's stages are hardest for me to get an A rank on. With Knuckles and Rouge, missions 1 and 4 are pretty luck dependent but if you play them enough you can eventually grind out an A. With Tails and Eggman, you just keep blowing stuff up (though Weapon's Bed and Lost Colony's hard modes took quite a few tries).

Meanwhile I played Metal Harbor's first mission like 20 times and I still keep getting B. Luckily it's one of my favorite stages so it's not as much of a slog as it could be.

I really do need to raise my Chao more. It's funny because when I was a kid that was the main draw of the game to me but now I have to keep reminding myself that the Chao Garden exists.

Passionate opinionator
@pixel
Mad Space is quite tough. In fact, I remember getting my final emblem just by A-ranking the fourth mission on my first playthrough. Its gonna take a lot of patience and flying around, but good luck.
Yeah, its really ironic that the "hard modes" of the treasure hunting levels have the items in the same locations. Those locations are only unique to the hard modes and while some are a bit tricky to grab, once you find a way to obtain, they become easier than the first missions.

That's odd. Even with the earlier stages for Sonic and Shadow? Now Final Rush and Final Chase, those are understandable. Bottomless pits everywhere.
Gotta love shooting shit up in the Tails and Eggman stages.

Unfortunately, the requirement for getting an A in Metal Harbor is to take the longer path once you reach the rocket and the countdown begins. This video does show a way about how you can reach the top part of the rocket with a nifty shortcut a lot of people overlook. It might take time to master like everything else in the game though but fortunately Metal Harbor is super short and isn't that much of a slog to me either.

It was the main draw to everyone back then and I believe they really helped the Adventure games' replay value. But I think that's why they were eventually removed, because the Chao Gardens were meant to be a smaller part of the game compared to the core gameplay which I think Sega wanted us to remember the most.
Regardless, I liked raising my MLP-themed Chao back during my second playthrough. I never finished my second playthrough because I sadly got all of the non-Chao emblems. So if you at least play through attempts where you don't get the A-rank, you'll at least have some Rings, small animals and Chaos Drives to continue grinding your Chao with. Something I should have taken to mind years ago.
Posted 2 months ago Report
Link Quote Reply

Bad taste in everything
@Red-Supernova
lol I feel dumb. I remember even as a kid I'd see the rings above the normal area in the rocket launch cutscene and wondering how the heck you're supposed to get up there. Idk why it never occurred to me to just keep going.
Posted 2 months ago Report
Link Quote Reply

Passionate opinionator
@pixel
Its cool. I'm not sure if its the player's fault or the game's fault for not pointing out the option to be honest.
Posted 2 months ago Report
Link Quote Reply

Cute wittle skunku
@RogueBadnik
Kinda odd, because running at 60fps hasn't really been a problem on Switch. Heck, some 3DS games can do that.

Regardless as I said in the VG thread, graphics/FPS aren't important to me. Heck, I still like 8-bit, and low-polygon games.

Bad taste in everything
@Red-Supernova
Probably player's fault because upon replaying it, you can actually see a couple beetles in the distance which should clue you in that there are invisible ones there. Unless it's a common thing not to notice.
Posted 2 months ago Report
Link Quote Reply

🔥Sunset is best girl🔥
@Background Pony #B3DE
i mean they could but they're really not meant for it. it's like using a dount for hemroid pillows, you can but it wouldn't be good for it.

they need their sepret playstyles

Posted 2 months ago Report
Link Quote Reply
Goodbyeforever
This is the palette I use whenever I play as Sonic in Super Smash Bros. Ultimate. 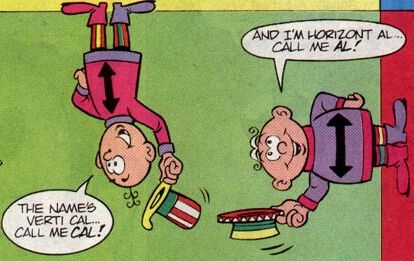 Sorry to whine/rant again. Lol
It's just a shame there's so much legacy in the franchise that is ignored.

Ecto-Phase,Activate!
@Beau Skunky
Too bad they can't have a Smash Brothers game that just drops in any character you can think of. 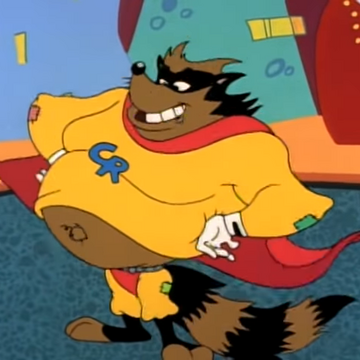 Lol I remember Captain Rescue, the "over the hill hero" concept was kinda interesting, even if it was just played for laughs.

Imagine if other old cartoon Sonic characters were rebooted. I liked Archie's take on Professor Von Schlemmer as a helper to Silver in his future. Breezie as owner of the casino was interesting too.
Posted 1 months ago Report
Edited 1 months ago
Link Quote Reply

🔥Sunset is best girl🔥
if starline hurts my smol bean child belle i will cut him.
Posted 1 months ago Report
Link Quote Reply

Cute wittle skunku
@Angrybrony
Y'know, alot of Archie fans say Starline is just a Finitevus expy, (sense they can't use him anymore) but after reading the IDW comics, he's actually a much different character.

🔥Sunset is best girl🔥
@Beau Skunky
ah yes as we all know sally is well know for her elastic tail, not being a princess of any kind, being a sonic fan girl…

i've learned that when an archie fan says "Y IS A Z RIPPOFF" to just ignore them.
Posted 1 months ago Report
Link Quote Reply

⌜Ω⌟
Soooo, we may not worry about the "two worlds" scenario/setting in the Sonic lore anymore.
The most recent bubblecast have Ian Flynn saying that "we should worry about the two worlds anymore"
Posted 1 months ago Report
Link Quote Reply

⌜Ω⌟
Also, there is a HUGE sale of Sonic games on STEAM! 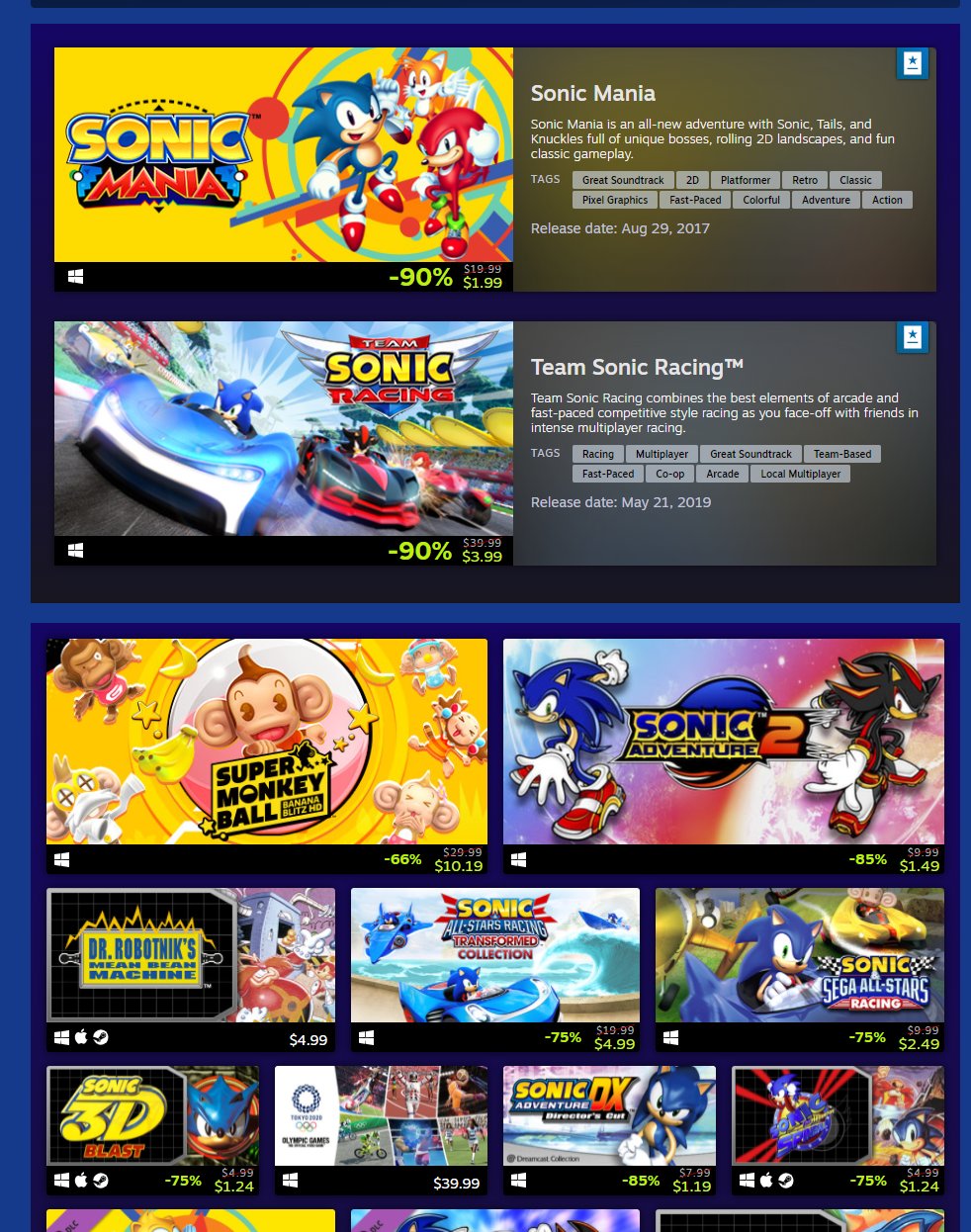 A plus, if you want some mods or changes: Bad taste in everything
@RogueBadnik
Bottom right speech bubble proves that after all these years, Genesis still does what Nintendon't.
Posted 1 months ago Report
Link Quote Reply
Interested in advertising on Derpibooru? Click here for information!