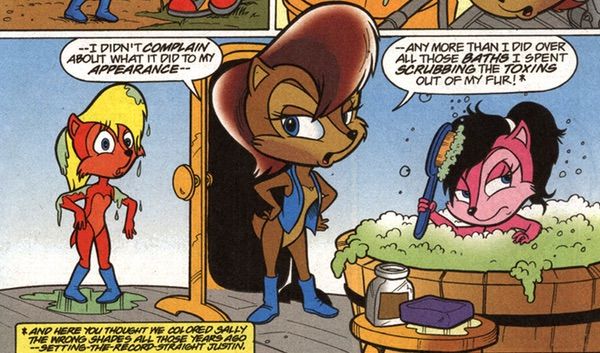 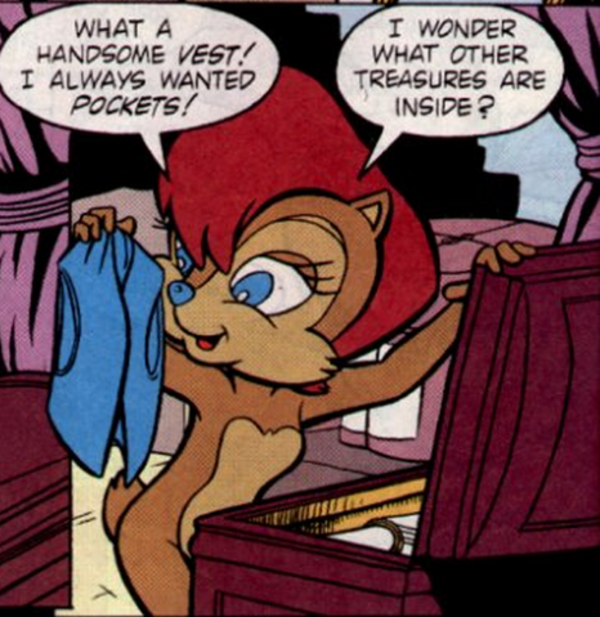 Sweet F.A.
@Dex Stewart
Is she the only female Sonic character who consistently goes around naked?
Posted 3 months ago Report
Link Quote Reply

Ecto-Phase,Activate!
@TheHappySpaceman
I think so. I was going to say Bunnie Rabbot,but she does wear a onesie type of thing.
Posted 3 months ago Report
Link Quote Reply
Cosmas-the-Explorer 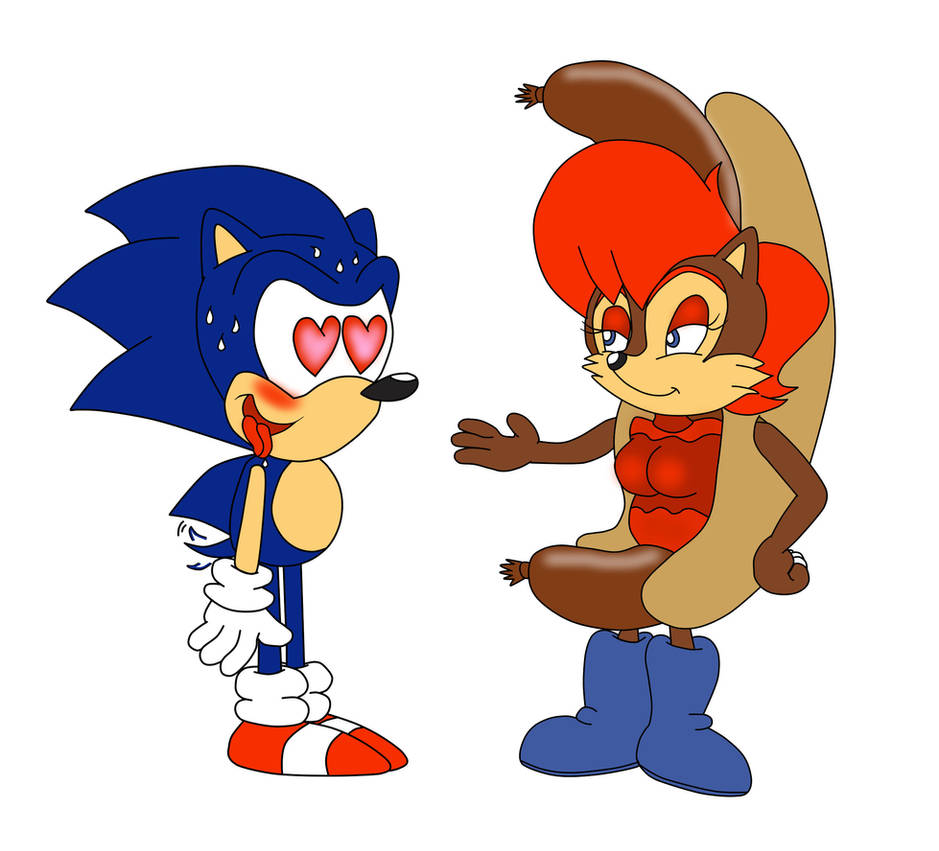 Cute wittle skunku
@TheHappySpaceman
There were a few others in the comics, like Hershey the cat, and Barby Koala. (Kinda makes it odd, Sally was the only one whom got hate for that.) Julie-Su also lacks pants.

I also remember a few background SatA.M. cartoon female characters like that too.

There aren't any game females like that. (Though, in "Sonic Forces" there are some fur patterns that can make your female Avatar look naked, but granted, they lack curves, and it could be considered a bodysuit.)

Cute wittle skunku
@LightningBolt
Yeah, yet male aninals can't wear either in the games. Except the aforementioned avatar, and some Mobile game costumes, so maybe Sega is easing on that.

Rumor has it, Sega used to be so strict on their former "characters can't change clothes" mandate, they actually got angry at Archie Comics for that famed "Ninja Sonic" comic cover art.
Posted 3 months ago Report
Edited 3 months ago
Link Quote Reply

Passionate opinionator
@Cosmas-the-Explorer
I personally would like to see Cream kick ass with moves that don't entirely revolve around Chao. Cream as a Chao summoner would be cool but I'd also like to see fighting alongside Chaos.

@Beau Skunky
It was the closest thing players had to making naked female Avatars and you bet I took advantage of it.

Tagger of the Unknown
So I'm confused. Is there a difference between Sonic 3 compared to Sonic & Knuckles?
Posted 3 months ago Report
Link Quote Reply

Sonic & knuckles is a separate game altogether when it's by itself, sonic 3 & knuckles has you play through all of the stages from S&K after you reach what would've been the ending of Sonic 3

@Cosmas-the-Explorer
Yes, all stages from both games can be played in one whole game
Sonic, Tails, and Knuckles are all playable through the game (though story mode Knuckles can't go to the Death Egg, only in stage select mode)
And Chaos Emeralds can be powered up further for greater use.

🔥Sunset is best girl🔥
@Goku Black
Don't make me give you the bonk.
Posted 3 months ago Report
Link Quote Reply

Tagger of the Unknown
Playing Sonic Rush, Eggman's vehicles look so beautiful. Sometimes I feel like I'm the bad guy for destroying such interesting vehicles.

Even his badniks look pretty cool, especially that catepillar one.

I want there to be an alternate universe where Eggman is a good guy and he has to use machinery to defeat the evil destroyer of civilization Sonic. 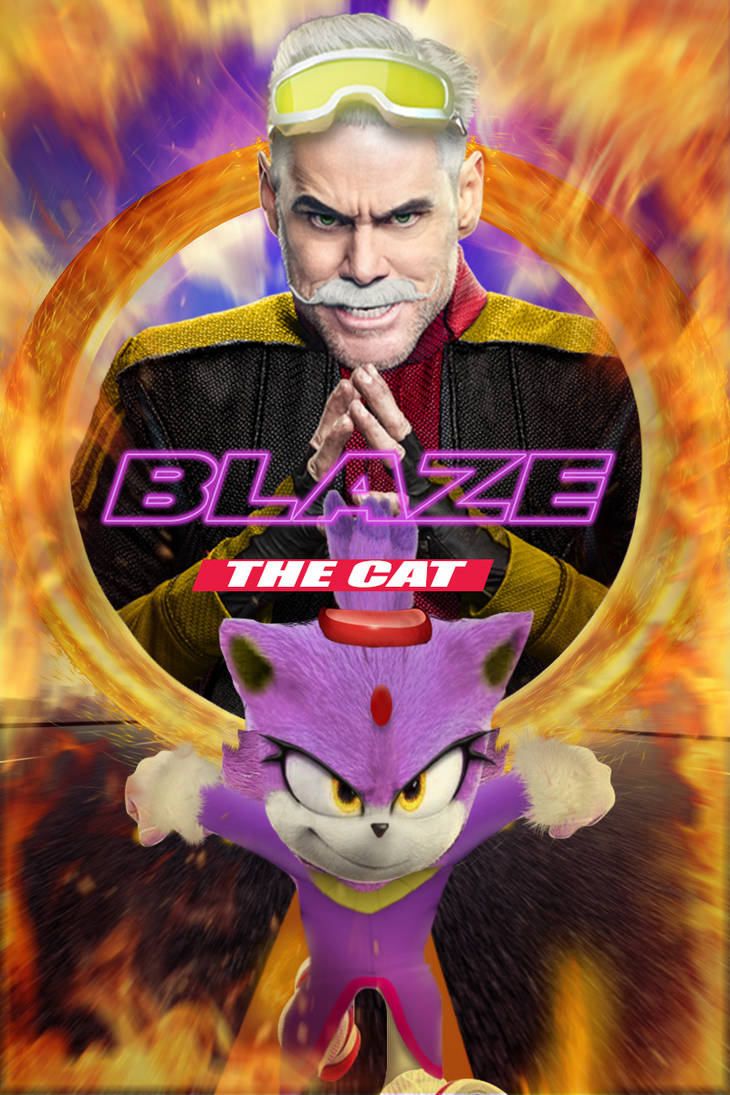 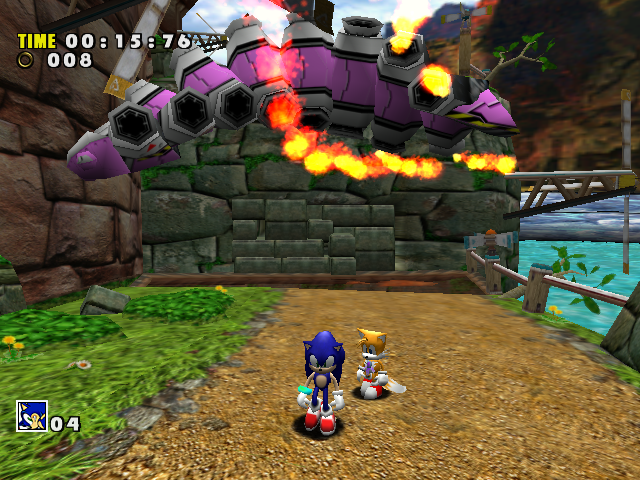 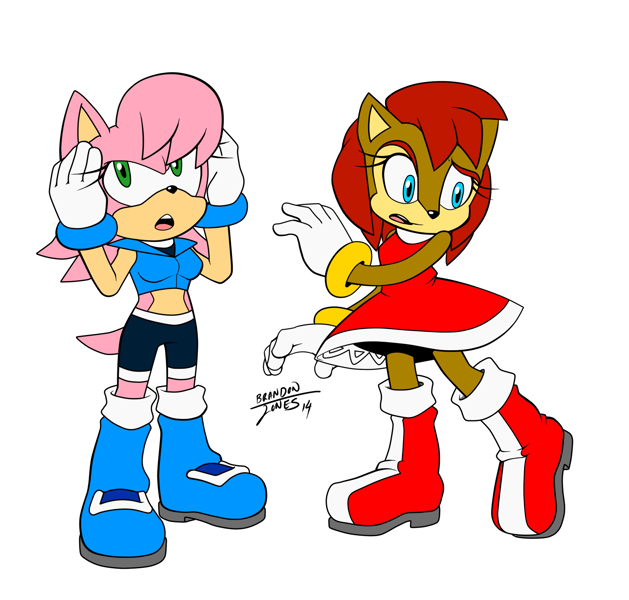 Y'know what? I think Amy looks better in that outfit than her normal one

…Though to be fair, I think I dislike all of the outfits that Sonic Team design, whoever is responsible has a terrible fashion sense

Baby I'm the Trouble Man
@Angrybrony
Saw that one coming a mile away.

Doesn't make it any less sad, but still.