Moderator
Undead inside
@pixel
You call that crack?

I recently checked out the IDW reboot series, and honestly it's pretty good, but I still miss Archie Sonic alot. (Wish it at least made it past the issue #300 milestone.)
Unpopular opinion, but Archie Sonic is my favorite Sonic official canon, not just because of the SatA.M. characters, but because it had old, and new game characters, (before Sega mandated "Classic Sonic" & "Modern Sonic" are now separate) mixes the cartoon stories/canon with the game canon stories, and has plenty of original stuff mixed in too, and even some nods to stuff like the OVA, and AoStH. It was like a huge melting pot of all the major Sonic canons.

IDW Sonic while good, honestly feels a bit limited to only modern game characters (so "classic" ones like Nack, Mighty, Ray, ect. aren't even allowed, and they were frequently in Archie) and new ones. It's a shame nothing else from any other canon is allowed in it.
It'd be like a new Ninja Turtle comic where almost all of the old characters aren't allowed.

@LightningBolt
What are your feelings about Omochao x Cyclone though?
Posted 3 months ago Report
Link Quote Reply


Oh absolutely, same. For all the same reasons you mentioned, same feeling about IDW too. It just felt like (pre-reboot) Archie Sonic had the perfect balance of everything, and it even had males with full outfits and half-naked females and it make designs cohesive. Alas, was too good to last.

I feel like a lot of that stems from nobody besides people working on the comic knowing the truth. I've heard people say those "mandates" were created by Penders. Others say they never existed and Ian made them up so he wouldn't have to deal with shipping.
Posted 3 months ago Report
Link Quote Reply

JOHANNA
@Ranch
I dunno, considering the backlash Sega got for Sonic x Elise in 06, it may have been created as a result to not have a repeat of that.

Yet another case of Sega learning the wrong lessons from their mistakes.
Posted 3 months ago Report
Link Quote Reply

Is not drunk as a skunk
@Ranch
Ian nor Penders don't have the power to create mandates on a series they don't own. They're just writers, who have to answer to their bosses/editors, and licensor at Sega & Archie. According to what Ian said, (or all he legally can give out) Sega owns the majority of the comics, and they make the mandates. I even remember Ken stating he's tried to fight against mandates before too, and writer Karl Bollers said he's had to follow mandates too. So it's not something "Ian made up." (Which is just a conspiracy theory the Ian-haters made up.)

@LightningBolt
I should have said "the Cyclone" to indicate it's a "what" not a "who."

The thing Tails rides in SA2.

I mean, I could see Omochao getting it on with that thing.

Commissions Open
Youtube Vid about Penders lawsuit. Not sure how accurate this video's info is but I always found it funny.
Posted 3 months ago Report
Link Quote Reply

Moderator
Undead inside
@Beau Skunky
A lot of the mandates were shown visually too, like having to tone down Sonic's crying in one issue.

@pixel
Ooooh, yeah I would have understood it then if you added a The. I mean, sure, why not?

W.A.R.
I feel this #Rally4Sally thing is getting out of hand.

At this point, I am starting to wish this rally should fail. It only brought more drama.

I admit I am touched by the fervor. Sally is loved and appreciated. But yeeeaah the cringe is real and I think the movement is headed by one of the cringiest sally fans ever. I like Sally a lot but I'd prefer she and the Freedom Fighters remain obscure. Why? Simple. Sega/Sonic Team are fucking incompetent. I don't want anyone who works within 100 miles of Sega having anything to do with these characters. I'd rather they stay in the hands of fans/ people with actual talent and imagination, than to let Sonic Team mess them over. And that includes Ian Flynn.
Posted 3 months ago Report
Edited 3 months ago
Link Quote Reply

Commissions Open
Lol I came back to pre-empt what I mean about Flynn. I don't hate the guy but at the same time I can't deny that I'm less than impressed with IDW Sonic. I read it anyway…but it could be better. Most of my issue comes from the lack of world building.

I feel like Flynn can work magic when it comes to fixing other people's messes. Like how he fixed a lot of issued with Archie when he came in. But I think he kinda sucks at making stuff up from the ground up. That includes world building and character development that wasn't already existing. Granted I don't know how much of it is him or Sega, but I hate the fact that none of the towns or cities have names. I have no idea where anything is in relation to anything else.

On top of that the characters are about as plain and boring as they are in the games. It's fine and easy to forget when the fighting starts, but the game only characters in IDW don't interest me nearly as much as the character's in Archie. With their families, friends, jobs, backstories etc. I was invested in them because their lives meant a lot to other characters and they did not merely exist as "heroes in a box" which is how most of the game characters feel. I really liked Mighty's sister Matilda, and I wish game characters were allowed to have family, even if they are confined to the comics only.

So I really doubt Flynn could find a place for Sally and the Freedom Fighters that feels natural and not just rushed cameos to satisfy an insistent niche of fans. Not to mention, I'm not the only one who feels like he transplanted Sally's personality into Amy.

Ecto-Phase,Activate!
I forgot about this,I don't know if it counts as an oc,but Rouge's mom.

Is her mom human sized or is that child Rouge?

Ecto-Phase,Activate!
@Ranch
I figured her mother would be tall like Vanilla.
Posted 3 months ago Report
Link Quote Reply

it's also the 20 year anniversary of Sonic Adventure 2.

SaturnCarArtz
Rarity Lover / Tails Fan
@Ranch
I am a friend of Pixel and I apologize to him if this is too personal
I wouldn't say he's in is 40s. That is stretching it a bit in my opinion
Posted 3 months ago Report
Link Quote Reply

🔥Sunset is best girl🔥
@Ranch
HAH jokes on you I'm 25 and tenner the shit of that game… Up till I got stuck on security hall.
Posted 3 months ago Report
Link Quote Reply 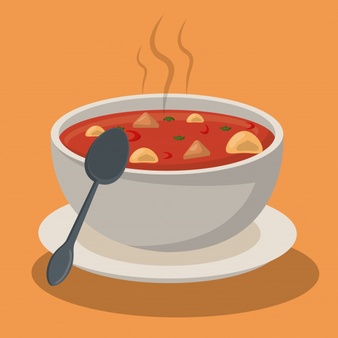 Hot Soup
That was security hell.

Also this video about Sonic Boom by SplashDash. Aka Sega Ruins Everything
Posted 3 months ago Report
Link Quote Reply