Why do I come here?
So anyway, what if some twisted mad scient tried to make a genic miss mash of Samus and Ridley and we got a Xenmomoth thing chasing Samus.
Posted about a year ago Report
Link Quote Reply

Cute wittle skunku
@O. Hancock
I kinda prefer sidescrolling, as it might be difficult to redo all of Super Metroid’s platforming in a FPS format.

@Shepherd
Sounds like it’d just be the same thing as the SA-X or Dark Samus.

Why do I come here?
@Beau Skunky

Yaa but this one has claws.
Posted about a year ago Report
Link Quote Reply

Moderator
Princess of books
I still want a Metroid Prime 1 remake that looks like this.
Posted about a year ago Report
Link Quote Reply

I know we love to poke fun at people doing Nintendo games in UE4, but… that actually fits.

Forest of Sin
@Jarkes
Prime isn’t like most Nintendo games, which helps.
Posted about a year ago Report
Link Quote Reply

Moderator
Princess of books
@Jarkes
@Meanlucario
Yeah I mean, it looks more realistic aesthetically, but it keeps the style of Prime 1 which is moody and atmospheric. The rain, the ambiance, everything.
Posted about a year ago Report
Link Quote Reply

Cute wittle skunku
@Jarkes
@Meanlucario
Y’know, there is a Nintendo game that officially uses Unreal Engine 4.
“Yoshi’s Crafted World” on Switch. It even credits it on the back of the box.
Posted about a year ago Report
Link Quote Reply

Moderator
Princess of books
I hope Nintendo does something for the 35th anniversary.
Posted 11 months ago Report
Link Quote Reply 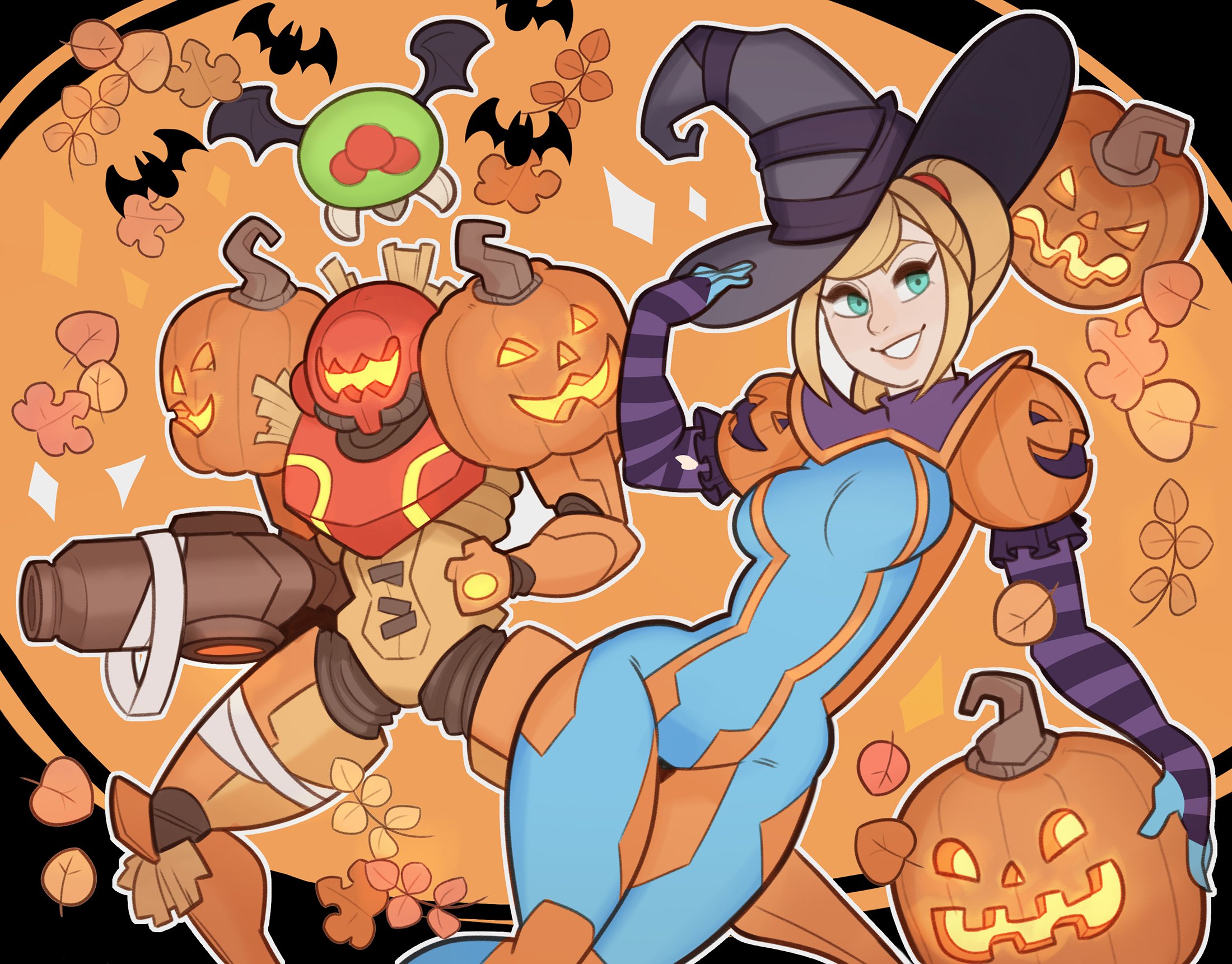 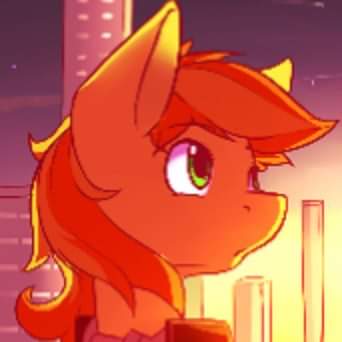 Cute wittle skunku
I’m hyped for “Dread.”
I was worried the mixed reception (and drama, but let’s not get into that) of “Samus Returns” was going to result in the demise of the Metroid sidescrolling series.

One thing I’m surprised I see nobody discussing is how the series supervisor stated that “Dread” is going to be the final chapter of the “Metroid story arc.”
Before you all get worried, note he said “end of the story arc,” not “end of the series.”

Meaning if/when the series continues, a new story arc featuring Samus could start, but without the Metroid.

I was worried the mixed reception (and drama, but let’s not get into that) of “Samus Returns” was going to result in the demise of the Metroid sidescrolling series.

Sparx
#209 Swift
@shinigamiPeter
At the time when Samus Returns was being released, Nintendo C&D’d a fanmade remake of Metroid II.

shinigamiPeter
@Sparx
I was mostly referring to the part about SR having received “mixed reception”. I know of the drama concerning AM2R, though if I remember correctly, it was at its worst when the only upcoming Metroid title was Federation Forces. It died down considerably when it turned out Nintendo was working on their own remake of Metroid 2.
Posted 1 months ago Report
Link Quote Reply

Cute wittle skunku
As I said before, I can kinda understand the C&D, as Nintendo was making their own remake, (and the fangame was reusing some graphics from “Zero Mission”) and they probably didn’t want the games to compete, or the free fangame to steal sales.

There was also drama over the Amiibo-locked bonus features, and the new Amiibo being hard to get. Which sadly also basically killed Amiibo, (along with drama over “Animal Crossing Amiibo Festival”) as fans began to see them as a “cash grab,” then a collectable figurine that adds more to a game. Ironically making Amiibo even more niche’ now.

That Amiibo drama also sullied “Samus Returns’” reputation. (I wish Nintendo would restock them more, I wanted the squishy Metroid.)

But as I said I don’t wanna get into the drama, and the fangame is apparently now widely available. Nintendo has relented on the C&Ds lately a bit now, so I wouldn’t continue being mad at them.
(Hell, Nintendo’s a saint compared to Blizzard, EA, or Activision. And let’s not forget Square/Enix killed that Chrono Trigger 3D remake fangame.)

I actually wanna beg fans to support “Metroid Dread,” because Metroid is a series that needs more support and sales. We need to show Nintendo we want more then Mario, Zelda, and Pokemon. (As much as I love those, I also love Metroid, StarFox, F-Zero, and such.)
Posted 1 months ago Report
Edited 1 months ago
Link Quote Reply

Moderator
Princess of books
@Beau Skunky
It frustrates me when an entire goddamn mode is locked behind Amiibo. That’s just bullshit.
I want Metroid Dread to sell well and I’m glad the amiibo are only for additional health and ammo. I’m extremely excited for it(even more than Prime 4, because I’ve been wanting this particular game for years). And I just wish Nintendo would embrace non profit fangames like Sega does.

Cute wittle skunku
@Mikey
I understand, they should’ve had more alternative methods for unlock, much like the Mario Maker 1 Amiibo costumes. The Amiibo could be utalized, but not the only requirement, and just be a quicker bonus for those that have them.

I guess Nintendo learned their leason, but sadly when they do, they oftentimes overcompensate.
That’s why Amiibo are so rarely utalized in games now, hard to obtain, and more niche’. Which is a shame as an Amiibo collector like myself, whom misses being able to buy/find them in any store. The Nintendo.com store’s page has zero Amiibo available.
Even one released months ago like the Banjo Kazooie SSBU ones are already out of print, and command high prices online. That should tell them Amiibo still have a market.
If Ninty has such a hard time keeping them in stock, or mass producing them, they should hire Bandai or something to help make the figurines.

You just know the new Metroid Dread Amiibo will be gone quickly too… Heck I still want just a SSB Samus.

In fairness, I think Sega has C&D’d stuff before too.
Square/Enix nixed the impressive fan Chrono Trigger remake, and such. So it’s not just Nintendo.
Posted 1 months ago Report
Edited 1 months ago
Link Quote Reply

Moderator
Princess of books
@Beau Skunky
Sega always lets Sonic fangames be. And then they hire said fans to make a new game.
Nintendo would lose nothing by letting fangames be. And then their attitude towards emulation is awful. They wanna take ROMs down for old games that are no longer manufactured, and yet they give no good permanent way of playing their retro games, only forcing you to rebuy the same Virutal console games again, or charging to $20 a year to even access a smallish library of NES and SNES games, only to take them away when you unsub, they can’t even put more games, like at least give us GB and GBA on NSO.
And I’m personally not a fan of amiibo, so the less the lock, the better.

Cute wittle skunku
@Mikey
Eh, I hate to debate this, but the games are legally Nintendo’s copyritten property, whether we like it, or not. And while it’s nice fan emulation allows hard to find games to be preserved, and such it does kinda take away sales from official rereleases. So I can sort’ve understand Nintendo. (And granted they haven’t shut anything down lately.)
Frankly if you don’t support/buy the official game rereleases, then you can’t really complain about them not updating their classic library enough. (And I admit, I miss Virtual Console, and honestly they were cheap games. And you fail to mention, you do get a discount on them on WiiU if you previously bought them on Wii.)
As for the Switch subscription thing, I can’t complain about getting free games cheaper then a Netflix yearly subscription, (and I assume they did this to solve the “rebuying VC games” issue you complain about) but I admit Nintendo has neglected it a bit.
(They don’t even have “Star Tropics 2” or “Mach Rider” yet.)

As for the fangame issue, in fairness there are many many fangames Nintendo lets be, so they’ve gotten better about that, and they aren’t C&D’ing everything.

Less lock is fine, but I miss Amiibo actually being easier to find/buy. One thing I will fault Nintendo on is how bad they are at supplying them now. They used to be easier to get.
Posted about a month ago Report
Link Quote Reply
Interested in advertising on Derpibooru? Click here for information!