CHS, Class of 20XX
@igotnopicks
Shouldn’t be too hard. Depending on how many hours a day they put in, it could be done in a week or two. (The current world record for a 100% run is 18 hours, or 22 1/2 with the DLC. And I’m assuming they’ll want to hit up some shrines and side quests so they’re not tromping around Hyrule Castle with three hearts and a Speedo.)
Posted 12 months ago Report
Link Quote Reply 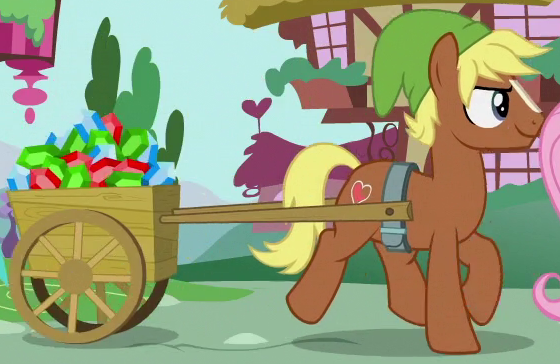 It’s intentional, though to get it past the legal team, his name is Quarter Hearts.

Tell that to our tag department. I would, but I don’t need a ban today, thanks.
Posted 12 months ago Report
Link Quote Reply
Goodbyeforever
New self-imposed challenge I created for Master Mode in “Breath of the Wild”:

-No teleporting, even if I’m being chased by a thousand Guardians.
-Three-life system. Additional lives granted for each Great Fairy revived, for a total of 7 lives.
-Only eating fruit or drinking potions to heal. No eating meat whatsoever.
-Turn off Mipha’s Grace.
-No collecting fairies.
-Kill at least one of each gold variant enemy found only in Master Mode.

Cute wittle skunku
Y’know, as somebody looking forward to the Zelda anniversary Game & Watch, I tire of gamers “shaming/bugging” fans like me who want/collect things like that. “Lol u can just emulate/pirate thd gamez on ur phone, ur dum 2 waste ur mpnry on eet!”
They said those same exact things when people said they wanted the SNES classic, and such…

Maybe some people prefer official products, or can’t play certain games with a phone touchscreen. (Super Metroid would be a huge pain.) Or just want a collectable for their collection.

I admit perhaps the Game & Watches are a tad overpriced, (I dunno how much they were in 1980.) but for 50 bucks they’re still cheaper then NES games originally were in the 80s & 90s, and cheaper then one modern game or handheld, and judging from the Mario one I bought, the handhelds are surprisingly good quality, (better then the cheap $20 Pac-Man & Galaga handhelds I have) they have durable buttons, very clear colorful screens, (honestly the games look better and brighter then the Virtual Console versions) tons of easter eggs, and unlike the console ports, the game’s ROMs themselves have a few minor updates, like an easy/hard mode toggle option for Super Mario, (once you beat the game) a level select feature, (press B on the title to go to any world you’ve beaten) and a simple secret cheat code.
So it’s nice Nintendo went through the trouble to update those games.

I’m curious if the Zelda G&W games will have any updates.

@Galeem Crusher
We don’t talk about the Virtual Boy.

CHS, Class of 20XX
@Beau Skunky
I’m surprised it doesn’t include the original Game & Watch Zelda. Maybe it’s in there as a hidden feature. But there used to be a site that had that and other LCD games, and that one in particular still holds up. (The site was in Flash, so it’s dead now.)
Posted 12 months ago Report
Link Quote Reply

I need coffie
I would like a new Majora’s Mask like game, get more races in the maskes.
Posted 11 months ago Report
Link Quote Reply

Monado User
@Shepherd
We had one it was on the 3DS.
Posted 11 months ago Report
Link Quote Reply

Phantom Rider
You are already booped.
Anybody else looking forward to Skyward Sword for the Switch? I’ve never played it, so its arrival to a system I’ve actually got is exciting news to me.
Posted 11 months ago Report
Edited 11 months ago
Link Quote Reply

I need coffie
No I don’t mean a remake a take two, get the Gerudo in on it and the Rito.
Posted 11 months ago Report
Link Quote Reply

Monado User
@Shepherd
The Gerudo were in the 3DS and the original game.
Posted 11 months ago Report
Link Quote Reply