beau-tiful skunk
@Jarkes
I’m actually a li’l disapointed to hear that, because I kinda liked refighting them. Except the dodongo worms. 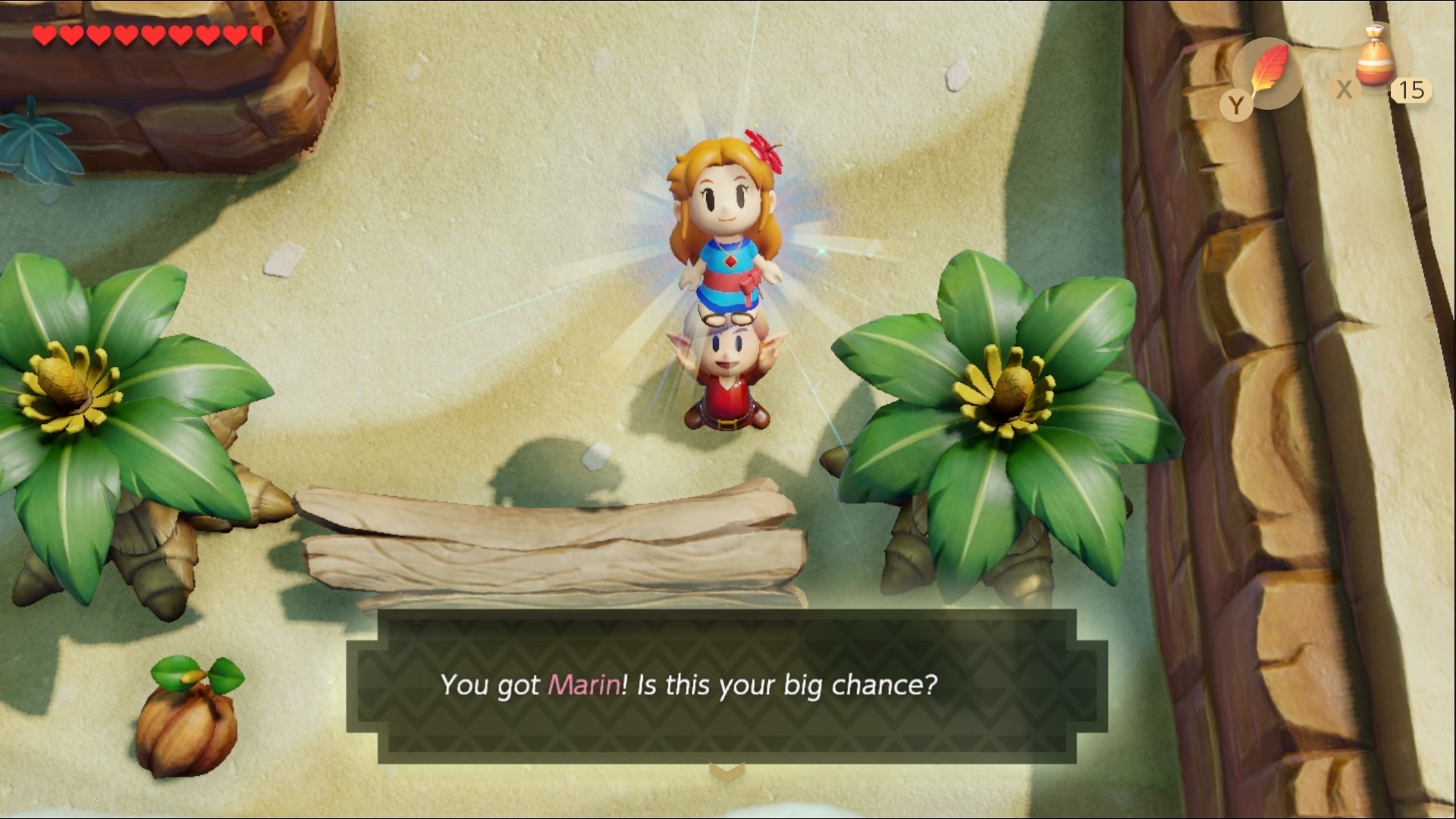 The other mini-bosses still appear in Turtle Rock, but only the Dodongo Snakes will respawn after you beat them, likely because of how you’re supposed to get the key from the room they’re in.

Phantom Rider
You are already booped.
@Beau Skunky
Bittersweet, eh? That’s the thing; I really can’t find the ‘sweet’ side to the game’s ending. It’s really the one thing that’s put me off playing it. You explore this world and meets its people and go fight the big bad monster… || who was mostly trying to stop you from waking the wind fish because the world is its dream, and yay, you killed it. Let’s show our hero what he’s won! Congratulations! Link gets to watch helplessly as everything and everyone is utterly obliterated, and think about the fact that he ended a world as he dies of exposure (floating on what’s left of his boat in the middle of the sea with no end in sight… yeah, Link’s dead meat.) There’s no upside here for anybody involved - no, not even for Marin. She gets to know she had a hand in armageddon and can’t do anything to save Link to boot! I guess the Wind Fish didn’t want to sleep forever, but I can’t call him getting what he wants a good thing because he didn’t even bother helping Link get to shore.|| So, as much fun as the rest of the game sounds… naaaah.

On the other hand, since I know all this already, I should probably go ahead and play it, as there’s nothing else about it to be depressed by… but every time I get ready to start another old-school game and consider that one, it’s that ending that makes me decide “meh, let’s see what Mario was up to then instead.”
Posted 3 years ago Report
Edited 3 years ago
Link Quote Reply

CHS, Class of 20XX
@Phantom Rider
Maybe that’s why they moved the Oracle games to after LA, so at least you have the comfort of knowing Link survives.
Posted 3 years ago Report
Link Quote Reply

Actually, seagulls only ever fly fairly close to land, so Link was most likely near land since there are seagulls flying over him.

beau-tiful skunk
@Phantom Rider
It kinda depends on how you interpret it considering Marin actually gets a better fate, if you beat the game without dying. And sense the island is a dream island, technically nobody dies, or gets “obliterated.” You’re also going overboard, assuming Link dies, as there’s no implication of that, and as they said the seagulls imply he’s cloase to land.
I think you’re reading into it too negativly. and honestly you’d have to play the whole game to kinda better understand, and accept the ending.

This kinda attitude is why I wish fans wouldn’t spoil the ending for themselves, (and people oddly get the idea they don’t need to play a game, ‘cause they can read about it online, which is honestly a very poor experience) as it kinda leads them to misunderstand it, and honestly it’s better if you play through the game, as it’s basically the first Zelda game that had a progressing story with plot twists, and mysterious things. So it’s honestly not as bad as it sounds.

And gameplay wise, it’s one of my favorite Zelda games, as it’s so unorthodox for it’s time, and is impressive for Gameboy standards, as it’s full of many surprises, and strange things no other Zelda has. And as I said it’s basically the first Zelda game that actually has a story comparable to RPGs.
So your loss if you don’t wish to play it.
Posted 3 years ago Report
Edited 3 years ago
Link Quote Reply 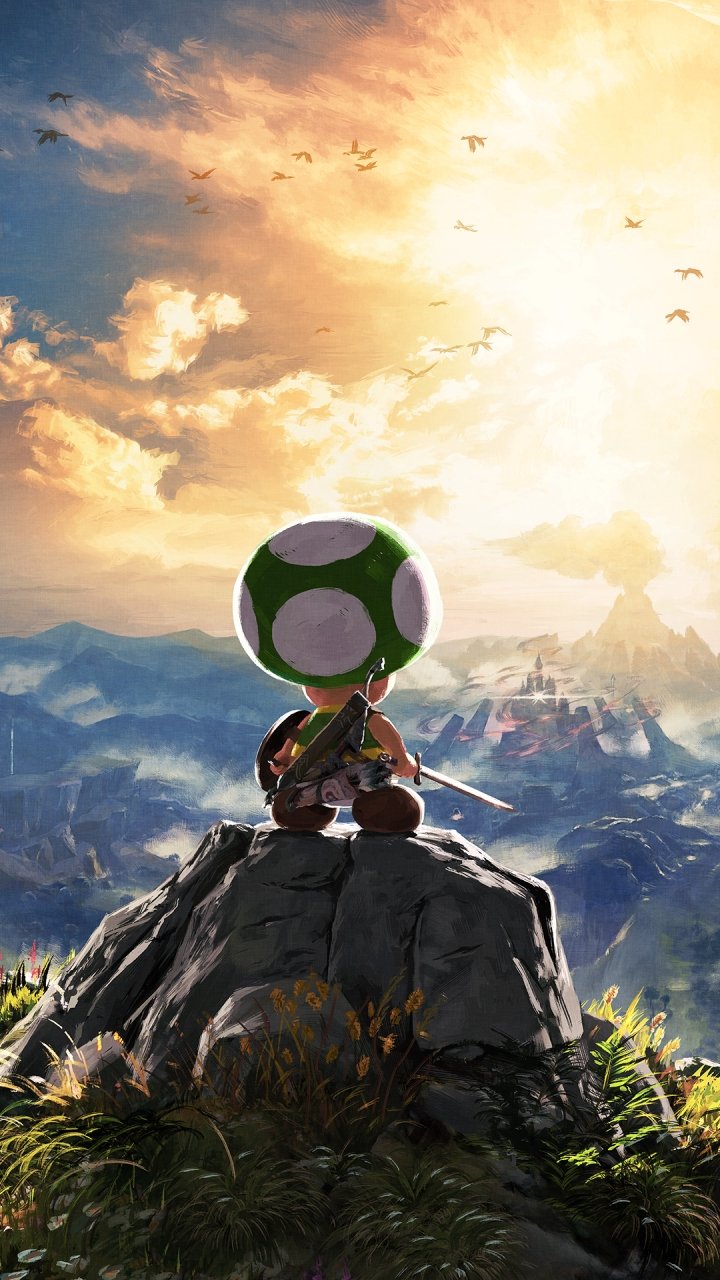 Enter if you dare
I wonder if the oracle games get they if they will use the same art style.
also give that does happen the don’t get released separately with both at full price
Posted 3 years ago Report
Link Quote Reply

I’m betting they’ll do them as some kind of combo pack that lets you play them in any order and link them together without any of that obnoxious password stuff.

beau-tiful skunk
@northern haste
Would be cool, but sense those were made by Capcom, I doubt they’ll be remade, but you never know.
Posted 3 years ago Report
Link Quote Reply

Same with The Minish Cap for that matter.

You know, I’m still pretty sure that DethI, the final form of the Shadow Nightmares in Link’s Awakening, served as the inspiration for Vaati’s design in the Four Swords games (particular his “Vaati’s Wrath” final form from Minish Cap).

beau-tiful skunk
@northern haste
And whether Nintendo and/or Capcom wants to redo ’em.

@Jarkes
You could be right.
Posted 3 years ago Report
Link Quote Reply 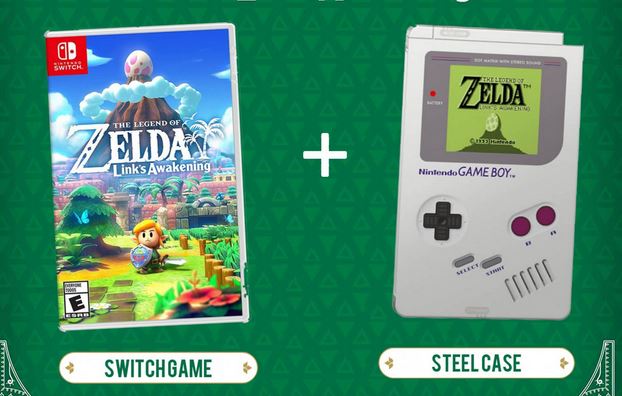 Enter if you dare
Does anyone know who animated the opening and ending cutscene? I would like to see what else they done reminds me of us studio Ghibli
Posted 3 years ago Report
Link Quote Reply

beau-tiful skunk
@northern haste
According to Wiki it was Junichi Yamamoto & Oswald Katou whom made the animated anime sequences.
Posted 3 years ago Report
Link Quote Reply

I still find it weird that they still call him Mamu in the remake despite the fact that they fixed most of the other odd localization name errors. (Did I say that in this thread recently already?)

beau-tiful skunk
@Jarkes
Maybe they wanted to differentiate him a li’l.

BTW for this that don’t know, “Mamu” is actually Wart’s Japanese name.

And Wart actually is surprisingly popular despite how rarely he’s appeared in games.