Yeah… I can’t stop thinking that’s a prop for Fast and Furious. But i get your point, I had some vague knowledge about guns that exceed 12,7mm and can only be used in specific areas by the noise generated. Like this one: 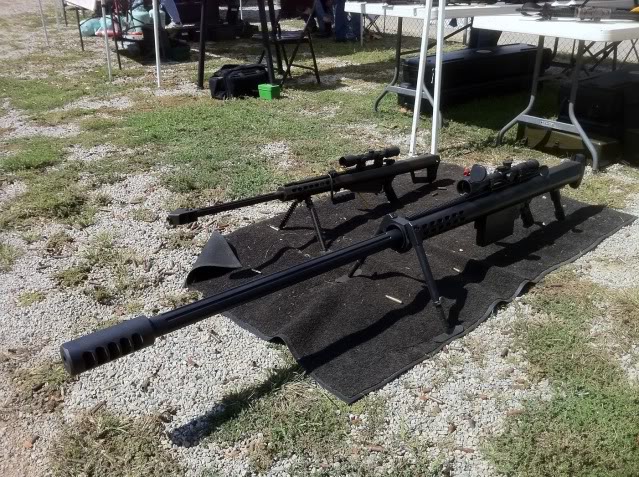 *What are you going to kill using this?*

But i honestly thought that you technically could get one of those guns. But you needed an special license, paperwork, more paperwork and a lot of money to pay for said license so you could legally be a user of example: the Anzio 20/50. AKA totally not this:

“Hello sir, are you Holden Afartt?
“Yes, I’m Holden Afartt, and this it’s my wife Butch A.F., we came here to buy a Vulcan”
“Oh sure! Here it is, have a nice day!”
Posted about a year ago Report
Link Quote Reply
Background Pony #AA1F
@FliegerFaustToP47
Holden Afartt? 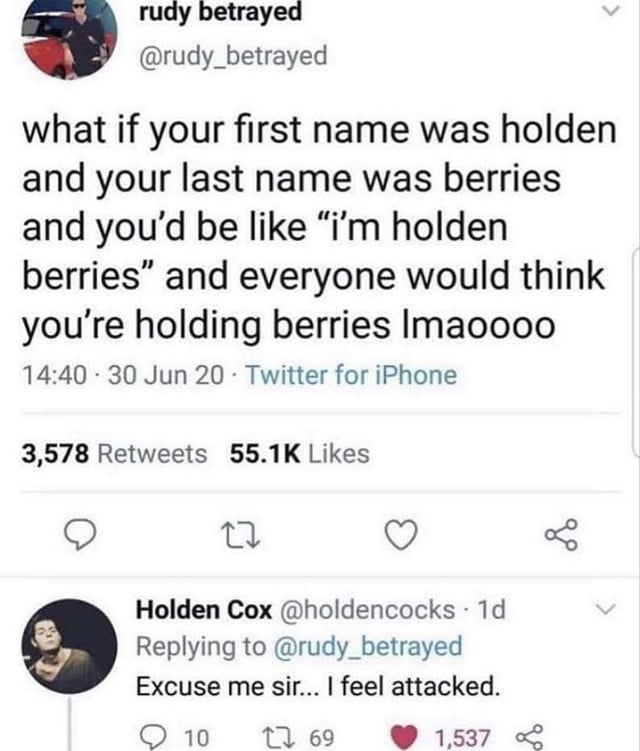 Posted about a year ago Report
Link Quote Reply
Background Pony #DFEF
@FliegerFaustToP47
In most of the US, a .50 caliber rifle can be bought over the counter with no special paperwork. They are, however, extremely expensive, as is the ammunition. There aren’t many out there. Also almost all are single-shot or magazine-fed bolt-actions, and already extremely heavy and bulky.

I personally wish the dividing line were .58 caliber. Then we could have PTRD41 rifles in 14.5x114mm. Anything the .50 caliber does, the 14.5mm does about 25% better, though it is also true that surplus MG ammo in this caliber is generally not good for much better than 5-6 MOA regardless of what it’s being fired through–but there is no reason ammunition of better quality could not be manufactured.
Posted about a year ago Report
Link Quote Reply

Zipp is g5 BP
What uninformed people think happens when you fire a 3D-printed gun:

the Barbarian.
Magnum 3.0 seems to be broken.
Posted about a year ago Report
Link Quote Reply
Background Pony #DFEF
@FliegerFaustToP47

What are you going to kill using this?

…also, in that image, the .50 is the small one. The big one is a 20mm, using the same ammunition as the M61 20mm autocannon the US Air Force mounts in fighter aircraft, and those are not for sale to the public in the US. Though the manufacturer, Anzio Ironworks, has developed a proprietary cartridge for the same design, the .50 Anzio. It’s that same 20x102mm casing, but necked down to accept a .50 caliber bullet. Theoretically it is permissible for American civilians to purchase it. I don’t know how many they’ve sold. I believe they are regarded as “long-range target rifles.”

It’s very powerful, but not really comparable to the 20mm, and not as ballistically efficient. This is unavoidable. Energy is the capacity do work and in a firearm the expanding gases do work by exerting force on the base of the bullet, accelerating it down the barrel. The 20mm has two and a half times the bore area the .50 does. The .50 Anzio can get a 661 grain steel core armor piercing bullet up to a bit over 4000 feet per second, but that velocity requires a barrel that’s 72 inches from breechface to muzzle. It’s a bit more of a crew-served weapon than a rifle in the conventional sense. They make a “lightweight” version with a 50” barrel, but it gives up about 10% of the velocity the 72” barrel generates.

I’m not even sure what kind of optical sight is suitable for it. How much magnification is needed to take advantage of its flat trajectory and accuracy at range? 20x? More? Does it need a rangefinding reticle, like a mildot setup? Or would any sensible end user already bring his own laser rangefinder, and perhaps a thermal sight? Yes, you can buy thermal weapon sights in almost all of the US. They’re extremely expensive, but maybe not to the person who buys that kind of rifle.

I'll rule the world
Yeah yeah, happy new year and all, but in a bit of a venting here, something I really hate are people who shoots their guns to the air to “celebrate” for some fucking reason.

It’s always the same, the radio says “don’t do it” and people just like to violate such common sense law everytime.

How do you deal with people like that?
Posted about a year ago Report
Link Quote Reply

3-3/4" Army Man Fan
@Twi Clown
I think I heard a few pop off myself - it’s like the dumbasses completely forget that gravity is a thing.

On a more positive note - I got a hold of an East German parts kit build AK from an online retailer (and glad I did - they completely sold out within three days of going live), and a Vz.61 Skorpion is on the way. Just trying to get a few items I really want before Simple Joe and his handlers try to executive order a ban on their importation.
Posted about a year ago Report
Link Quote Reply

Let’s go Brandon
@Twi Clown
Happens here too. But no one cares. Laws are not enforced in this neighborhood.
Posted about a year ago Report
Link Quote Reply
Background Pony #5252
@Background Pony #DFEF
In Poland you can legally get guns up to 20 mm on a hunter’s or collector’s loicence. For sport the limit is 12 mm unfortunately, so no fifty cal.


@Twi Clown
WTF? You mean with regular ammo and not blanks?
Posted about a year ago Report
Link Quote Reply
Background Pony #DFEF
@Background Pony #5252
Not him, but how would you tell the difference, at a distance?

My parents always told me to stay inside the house whenever the midnight of christmas and new year came in because of that.

We do have tv ads each year saying “dont do it”. You kinda underestimate people’s stupidity.
Posted about a year ago Report
Link Quote Reply 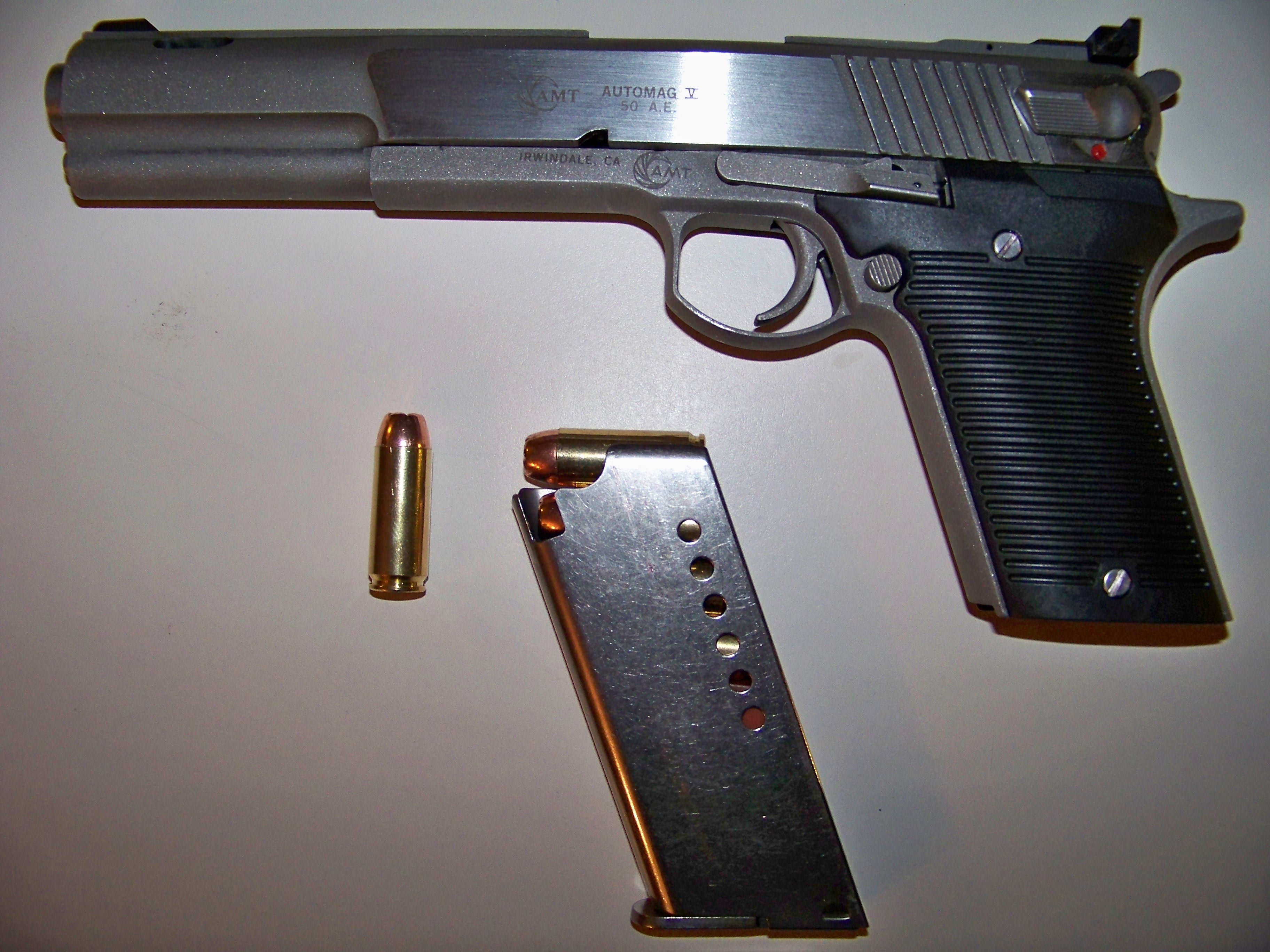 More seriously, I’ve got a Romanian AK that I was lucky enough to buy before everything went crazy. It’s an almost-stock WASR. The only changes are a flash suppressor instead of the slant brake and an ALG trigger, and a rattlecan camo paint job on the stock. I am considering an extra-power recoil spring to reduce the likelihood of peening the rear trunion.

I’ve taken it the range a few times, and I just cleaned it, but it didn’t come with the little cleaning kit that has the bolt disassembly punch. I tried with a brass punch, a hammer, and a vise, but I was NOT able to get the firing pin retaining pin to budge. It feels like it might be frozen in place, if not staked. I’ve been spraying brake cleaner through the bolt on the sides of the firing pin, and trying to clean the extractor in place with more brake cleaner and an old toothbrush, but it’d really give me some peace of mind if I could get it apart to check for wear and damage, and perform the most basic preventative maintenance–taking out the firing pin, checking it for damage, cleaning any foreign matter off it, giving it a very light coating of oil, taking out the extractor, cleaning the extractor slot and the side of the extractor that has the hook, and putting just a tiny bit of lithium grease on the extractor before putting it back on.

Also, I’ve been using food processing machinery grade nontoxic white lithium grease as a lube on a number of firearms, mainly because I found an old tube of it in the bottom of my toolbox. As far as I know it’s as good as anything out there, barring really extreme cold conditions.

I am annoyed at the lack of availability locally for 7.62x39. I’m told it’s not difficult to reload if you can get components, which is iffy here and now. Supposedly 7.62x39 tolerates even cast lead bullets, and the gas system is tolerant of reduced-power practice ammo loaded with 2400 or Accurate #9 and cast bullets in the 150-160 grain range.

U mad?
I regret not getting more ammo sooner. No place nearby to get any (and I’m not going to anyplace in Topeka), and I can’t find what I need online so far (9mm luger defense and 12ga. slugs).
Posted 12 months ago Report
Link Quote Reply

Let’s go Brandon
@lonewolf
Same with Guns. Everyone is panic buying them, and rightfully so. The incoming administration is no friend of the US Constitution.
Posted 12 months ago Report
Link Quote Reply

Ammo drying up has really accelerated in the last week. And prices have doubled on a lot of stuff.
I’ve been focusing on the 7.62 and 5.45 soviet rounds since that’s probably the stuff most likely to be immediately EO’d from import by this administration and they don’t really have any domestic production.

.223/5.56 I haven’t gotten in a while but have held off on since unlike the Russian stuff, it’s made here. That and it’s currently going for $1 a round which is ridiculous.

U mad?
That’s cheap compared to the $1.88 per round 9mm I found online.
Posted 12 months ago Report
Link Quote Reply

Zipp is g5 BP
Looks like our mate Ivan is working on making that meme-gun from Modern Warfare 3 a reality. It’ll be interesting to see if he beats Magpul(pony) to the punch of their FDC-9…
Posted 11 months ago Report
Link Quote Reply 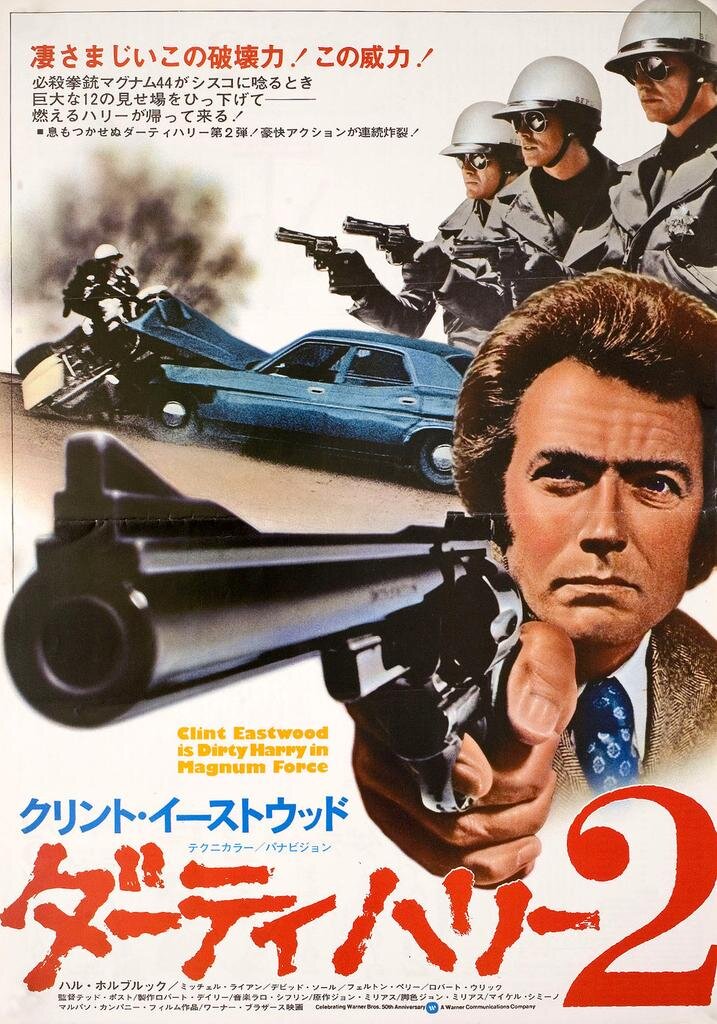 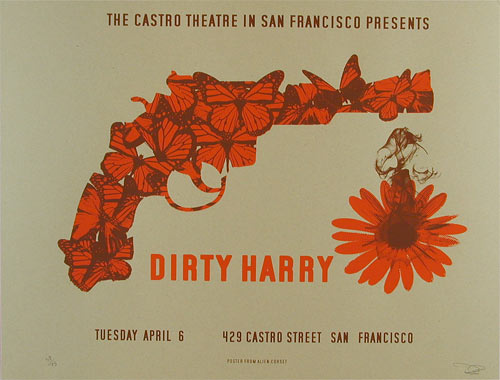 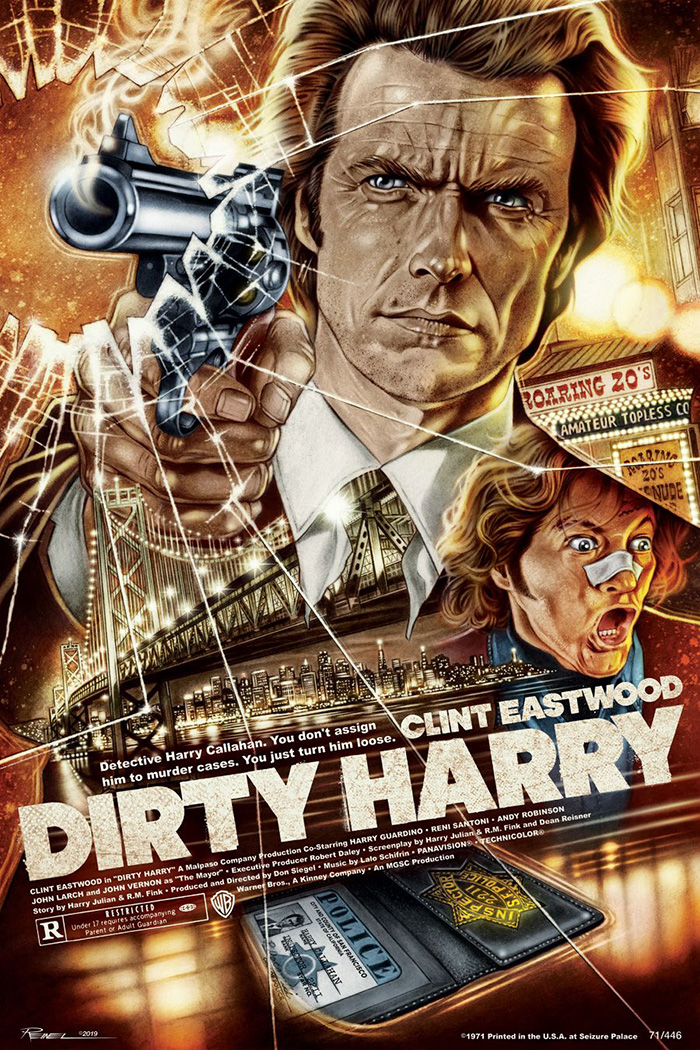 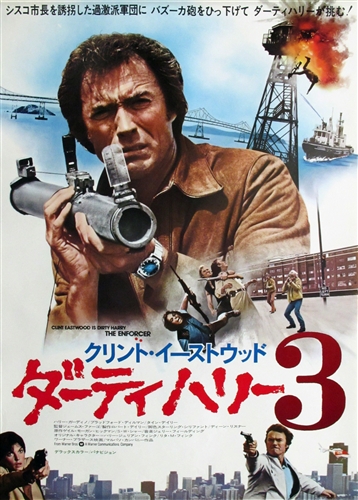 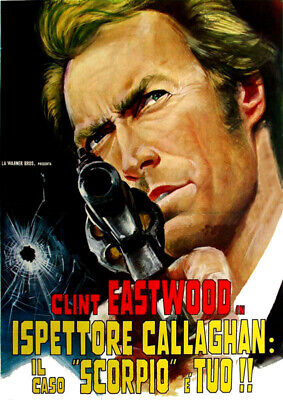 I’ve been watching the Dirty Harry films. Alot of guns,but mostly Harry’s .44 Magnum.
Just wondered if anyone here knew if he was right about it being “The most powerful handgun in the world”.