Pomegranates :P
@Background Pony #5252
Poles really love their VIS pistols.
It was their 9mm during WW2. Some were captured and reissued to the Wehrmacht in WW2. Others were smuggled and used by Polish Resistance.
Posted about a year ago Report
Link Quote Reply
Background Pony #5252
@ЅℰℒᎯℙℋℐℰℒ
Yeah, especially the ones with Polish markings are worth a lot. During the war Germans took over the factory and decided to continue the production because they liked the Vis pistols. But they changed the markings and as the war went on they lowered the quality and even omitted certain parts, so late war production Vis pistols are worth the least.

And yes, FB decided to name their new pistol after the WW2 one. I think this is stupid as these two models are unrelated.
Posted about a year ago Report
Link Quote Reply

Pomegranates :P
I wonder when Americans are going to replace their m4 from frontline service?
Posted about a year ago Report
Link Quote Reply

They’ve been talking about that since the 80’s. The problem is that besides desert combat, a lot of soldiers tend to like the M4 in terms of usability. Hell, NZ switched to AR-alike from LMT from the Steyrs because of how good that style of rifle is.

We’re actually already in the process of doing that.
Posted about a year ago Report
Link Quote Reply

The ultimate question that’s always going to come up is “why?” What significant advantage would other platforms offer over the M4 that would justify spending hundreds of millions or more in not only replacing the rifles but also the entire M4 parts supply chain with a new weapon?
Posted about a year ago Report
Link Quote Reply

Let’s go Brandon
@Zerowinger
Because 5.56 is no longer considered a viable round for the US military.
Posted about a year ago Report
Link Quote Reply

Christmas 2021
And now they might be looking forward to a weapon chambered in 6.8.
Posted about a year ago Report
Link Quote Reply

5.56 doesn’t shoot far enough. It was designed for urban and forest combat against the Soviet Union in Europe, not long-range encounters that you’d find in the middle-east. Because the US military’s logistics situation is difficult enough, they want everyone to move to the same cartridge for the next service rifles, which given the size of the US military, makes a lot of sense.

@ЅℰℒᎯℙℋℐℰℒ
@Ebalosus
@MagpulPony
The ultimate question that’s always going to come up is “why?” What significant advantage would other platforms offer over the M4 that would justify spending hundreds of millions or more in not only replacing the rifles but also the entire M4 parts supply chain with a new weapon?

Perhaps they could consider design with interchangeable parts?
Not saying they should completely pull the m4 out of service. Maybe keep it on the side for certain situations and reserves.
Posted about a year ago Report
Link Quote Reply

Christmas 2021
Now I know how the MR-C works, if it was made in real life.
Posted about a year ago Report
Link Quote Reply
Background Pony #679E
I have an Italian SAA clone in .357 Magnum. I thought SAA types generally shot very low and were supposed to be zeroed by filing down the front sight until the point of impact rose to the desired point. This one shoots way high and way left–2” or so at ten yards. It does this with every type of ammo I’ve tried, from stout American Eagle 158gr .357 Mag softpoints to .38 Special wadcutters. 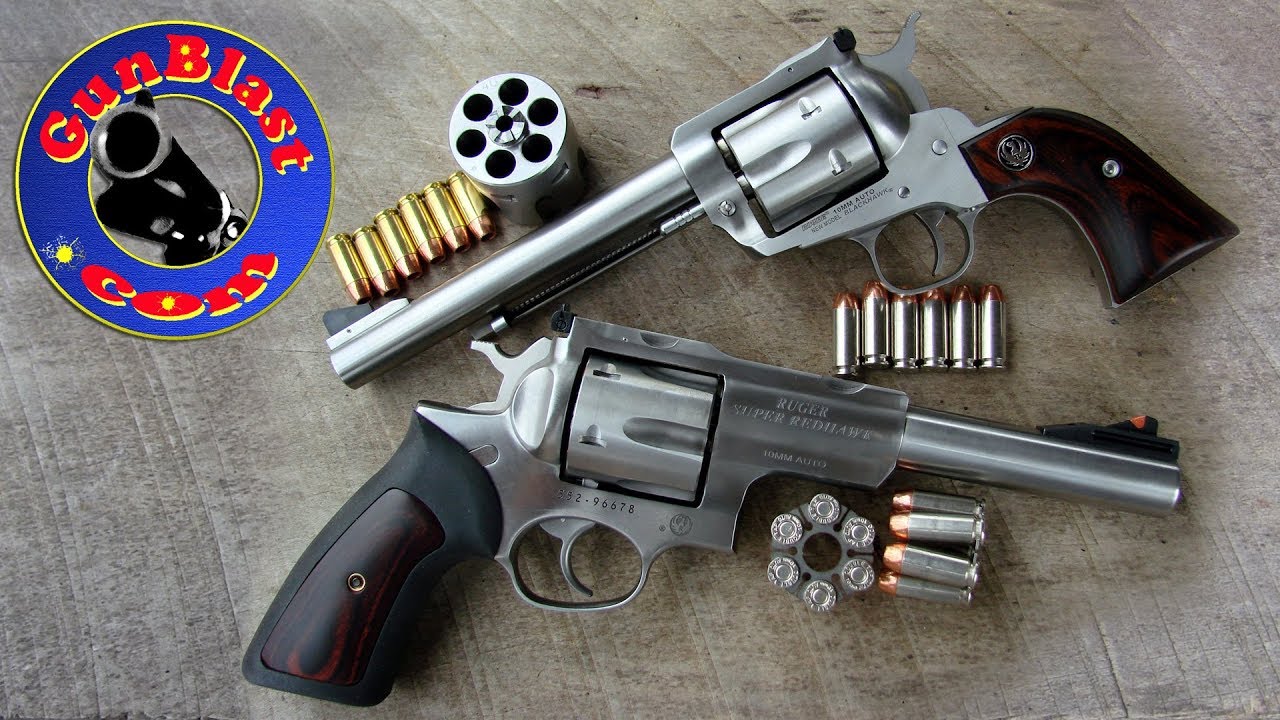 These bitches have something to say! 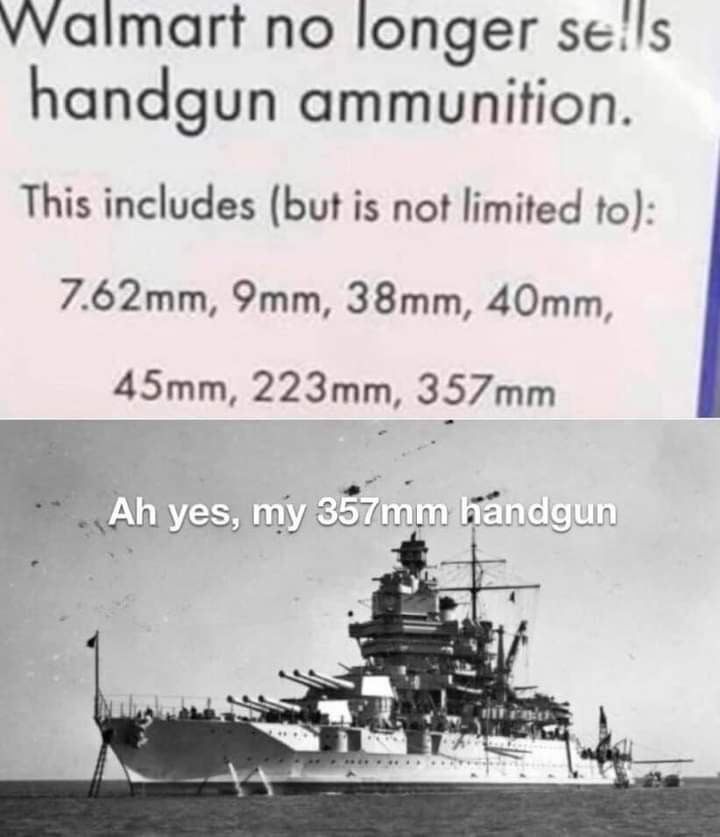 Christmas 2021
@ЅℰℒᎯℙℋℐℰℒ
Was that meant to say .357 Magnum
Posted about a year ago Report
Link Quote Reply

Yeah why does the ATF sell them to Mexican drug cartels and not freedom-loving Americans?!

Posted about a year ago Report
Link Quote Reply
Background Pony #679E
A scene that came to me, that I figured would be appropriate to post here:
—–
He squinted at the paper-wrapped bundle he’d bought from the smuggler. It had cost several hundred gold bits–the equivalent of a year’s salary back home–and hadn’t been easy to find, such things being illegal here. Then he unwrapped it.

Within, he found the Kalashnikov rifle with a folding stamped sheet metal stock, only a little rusty. It wasn’t like the M4 he’d used in Iraq, but he’d been to a familiarization course and read the armorer’s manual. He pulled back the charging handle and verified the chamber was empty. He cycled it a few times and grunted. It felt rusty and dirty, probably because it was.

He pushed in the recoil spring guide catch and lifted off the dust cover, then lifted out the recoil spring and guide, then the operating rod and bolt carrier. He pulled out the bolt and put it in a vise on the makeshift armorer’s bench he’d constructed in the forest hut. With some brass finishing nails he’d filed down and converted into punches, and a jeweler’s hammer, he drove out the pins holding in the firing pin and extractor and removed them. Squinting at them, he scrubbed the parts with lamp oil and an old toothbrush. Firearms weren’t legal in Equestria, much less tools or solvents for their maintenance, but he made do. He used more lamp oil and steel wool to scrub off all the surface rust he could reach. Finally he put a drop of oil on the firing pin and a tiny dab of axle grease (“guaranteed enchanted for heat and friction resistance,” it said on the label) on the extractor and reassembled the bolt.

He likewise took the hammer, trigger, and other moving parts out of the receiver, cleaned and oiled them, reassembled them, and then commenced scrubbing the bore and chamber with lamp oil. When the cloth cleaning patches no longer came out dirty, he switched to scrubbing a generation’s worth of carbon off the front of the gas piston, then out of the the interior of the gas cylinder, and wiped as much of the rust off with oily rags as he could. The bore and chamber, at least, were hard chromed, and gleamed pristine after he scrubbed out what looked like decades worth of carbon fouling. The rifling showed bright and sharp now that the bore was clean, or at least clean-ish. There was copper fouling in the grooves of the rifling but he had no way to remove it. Almost as an afterhought, he unscrewed and removed the slanted muzzle brake and screwed on a slotted flash suppressor.

When he decided the rifle was as clean as it was going to get, he put a single drop of oil on the recoil spring guide, then greased the bolt shaft and bolt rails lightly, and put it back together, noting that the sights were on straight, at least, and that the front sight post showed signs of having been rotated in its socket, so someone had at some point at least tried to zero the iron sights. He’d verify zero later, once he was sure no one was close enough to hear gunshots. The bolt carrier slid back and forth on the rails much more smoothly than it had the first time. He checked the chamber out of habit and dry-fired the weapon, then verified that with the selector on full auto, the trip lever would push down the sear and the hammer would continue to drop each time as he held the trigger down and cycled the bolt handle. It’d do, he thought. Finally he wrapped parachute cord around the sharp sheet metal of the buttstock to make it a bit more comfortable against his cheek.

Then he checked the rest of the package. Six thirty-round magazines, all heavy stamped sheet metal, with only a bit of surface rust here and there, and a shoulder pouch of heavy, grease-stained olive drab canvas to carry four of them. He disassembled the mags, scrubbed off the rust, checked that they fit the rifle, verified that the springs weren’t broken, the magazine tubes contained no foreign matter, and the followers moved freely, then wiped the springs down with a bit of oil and put them back together.

Finally there was the heavy rectangular sealed olive drab steel can that he hacked open with a hatchet: ammunition. It was 7.62x39mm, of course, full metal jacket, of course, in copper plated steel casings, waterproofed at the primer and case neck with what looked like asphalt, wrapped in little brown paper bundles of twenty with twine. He wondered whether the ammunition was Chinese or Russian or made in some other Eastern Bloc country, though he also noticed that the case heads were unmarked instead of having factory and date codes stamped on them. Maybe it was “sterile” ammunition made for someone or other’s covert ops arm, perhaps even during the Cold War. Whatever it was, it was more than enough to load all the magazines, more than he’d need–more than he’d likely live to use, here, one way or the other. He’d accepted that when he accepted the assignment, and had made his peace with it. He began loading the magazines.

Ecto-Phase,Activate!
I’m a mere two issues away from owning every Punisher Comic.

And I still know absolutely nothing about guns.
Posted about a year ago Report
Link Quote Reply
Interested in advertising on Derpibooru? Click here for information!