Me: Hugo–bro, if you wanna make a jojo reference just do it, man. nobody’s gonna judge you. I am now convinced that it had taken everything in your power to not have quoted DIO two episodes back, when the opportunity presented itself.
Posted 3 months ago Report
Link Quote Reply

It’s a miracle I’ve stuck around So I’m Spider so far, considering how cheap they can get. Oh right, because Kumoko is amazing–BUT SHE’S NOT IN THIS EPISODE!
Posted 3 months ago Report
Link Quote Reply 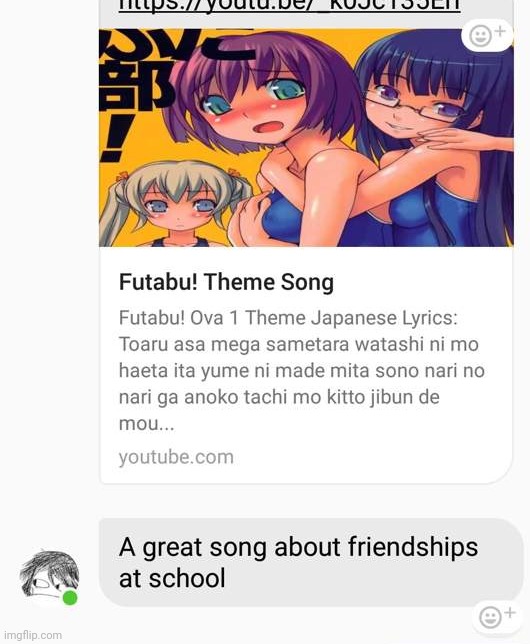 Hugo this episode: Muda da ne…muda muda muda muda!
Me: Hugo–bro, if you wanna make a jojo reference just do it, man. nobody’s gonna judge you. I am now convinced that it had taken everything in your power to not have quoted DIO two episodes back, when the opportunity presented itself.

You should check out this one bar in Japan called DIO. Everything in that bar from the decor to the drink menu, is a Jojo reference. Many of the drinks are named after various memorable quotes from the series, and it’s common practice to act out said quotes to order that drink.
Posted 3 months ago Report
Link Quote Reply

Oh right, because Kumoko is amazing–BUT SHE’S NOT IN THIS EPISODE!

Because the last episode we saw her disappear forevah!!!
Posted 3 months ago Report
Link Quote Reply

I II II L
I heard the latest episode of So I’m a Spider So What did a bit of a genre shift. And that it came totally out of nowhere.

Honestly, I’m watching the show solely for Kumoko by this point.

I have nothing against using 3D models for your anime. Kumoko is a great example.

HOWEVER. Using 3D models as a crutch because you too lazy to animate motion? Not to mention your animation doesnt have many of the 12 principles of animation? DAS. BULLSHIT.

There are ways to cheap out than using lifeless, expressionless 3d models. How about you don’t animate? How about you imply animation without actually animating with slick camera work or effects? (and no, a drunken camera work don’t count)

@Holofan4life
Are you talking about the mechs?
Mmm…imo The mechs are still part of the japanese fantasy rpg genre, so it hasn’t gone full genre shifted yet.
Many Jrpgs are very anachronistic and have no regards towards the combination of tech / magic / science / miracles apart from aesthetic or thematic purposes, anyway.
Posted 3 months ago Report
Link Quote Reply

I II II L
@tehwatever
I’m just saying, I consider Spice and Wolf to be a fantasy and there were no mechs there.
Posted 3 months ago Report
Link Quote Reply 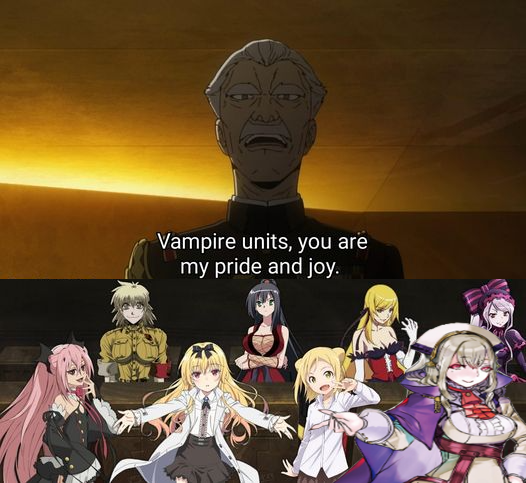 I recognize all but the bottom first 2.

@Holofan4life
But Spice and Wolf is NOT a JRPG, and that’s where the difference comes in.

So I’m Spider is not just a fantasy land, it’s a JRPG land.

The fact that you have a highly advanced, world encompassing information and data manipulation system complete with a HUD layout that you can pull up out of nowhere without the need of any analog mechanism nor any device in which the information is stored or called from, implies tech that is far more advanced that we even have.
Posted 3 months ago Report
Edited 3 months ago
Link Quote Reply

DeathCloud
Agent of Shadows
@Holofan4life
Sci Fi stuff will show up with Kumo too. She will ate super tech bomb and become god
Posted 3 months ago Report
Link Quote Reply

I only recognize one of them: “police girl”.

Monado User
@Holofan4life
Ummmm Did you not play Final Fantasy or Dragon Quest? Because Kumoko would be in an RPG world, like those I listed.
Posted 3 months ago Report
Link Quote Reply

I II II L
I heard a rumor that the reason some of the parts of So I’m a Spider So What turned out to be sloppily animated is because the studio behind the show did not forsee it being as popular as it is. As such, they did not put as much time as they should have into it, because they thought it was gonna be a flop.
Posted 3 months ago Report
Link Quote Reply

I finally got around to watching the episode and yeah. I don’t know what people are talking about. It didn’t feel like a genre shift at all.

Makes sense. At first blush it looks like at worst another shovel of isekai, or at best cashing in on Slime Isekai’s success.
Posted 3 months ago Report
Link Quote Reply
phoenixacezero

Passionate opinionator
@Holofan4life
How is that anime? I got a few videos recommended to me on Youtube about it. The spider girl is very cute.
Posted 3 months ago Report
Link Quote Reply

I was commenting on So I’m Spider’s most recent eps. It’s been heavily relying on 3dcg due to the amount of actions and number of characters involved, making scenes look like Genshin Impact cutscenes but far worse. Not Ex-Arm nor Berserk 2016 garbage tier but not much better either.

So I’m Spider actually has potential if it quit being lazy. I guess Holofan4life explains it: they didnt expect Kumoko to be as popular as it currently is.
Posted 3 months ago Report
Link Quote Reply

300 years killing slime, tho. That is also some dime a dozen, bandwagon cash-in attempt.

Idk why I even watch it, but I do. It’s actually a show I genuinely look forward to every weekend.

Kinda just shows how depressed, ignorant and uninformed I am, really. That I would rather watch run of the mill isekai snoozefest than actively be watching great anime.
Posted 3 months ago Report
Link Quote Reply

Sunny Day Realtor
What a lot of people condemn as generic tends to only be similar to other anime in very superficial ways, and what a lot of people praise as great tends to just have the type of accessibility that makes them unafraid to tell their non-anime watching friends about it.

Why do I watch and like Harem&Ecchi series like To LOVE-Ru or KissXSis when I could be watching fan favorites like JOJO’S BIZARRE ADVENTURE??? Or critically acclaimed masterpieces like HUNTER X HUNTER??? After all, what I like is always about a bunch of girls liking one dude. Virtually in-fucking-distinct from one another if you want to pretend nuance is dead. And the characters? Dere archetypes. These may be umbrella terms that say fuck all about the character other than how they express infatuation and can therefore possess incredible range in what characters can actually fall under that umbrella, but remember - nuance is dead. Every dere is a copy/paste of one another, full stop.

Really, don’t pay people who say shit like that any mind. Just try to figure out what made you like it and how to put that into words, rather than abdicate it as being “another generic Isekai.” There was something that made you look forward to it every week, and that something/combination of somethings clearly seems to have outweighed the negatives you felt it had. What were those somethings? What made it work?

On the other hand, if you want to enter arrested development, this is the right path. Fuck introspection and understanding in how you interact with media. ‘Tis just another generic Isekai. I really had fun watching it, but I’ll just nod my head at these clearly Ebert-tier reddit critics since its all generic still, amirite? Instead of figuring out why I like it and exploring what made it work for me, lemme just say it sucks but I like it anyway! Woooooo! Kowtow to the intersubjective consensus convinced it’s something much more than an intersubjective consensus!

This thread has historically been a cancer tumor about peer pressure to conform like this, so I guess reading takes like that isn’t surprising, but encouraging divergence from as much would be pretty dope. I think the best thing to ever happen to me as an anime fan was to go out to MAL and figure shit out on my own in an environment dedicated to this shit, instead of just letting these people rag on me for being different and liking the “bad” stuff all the time. Leaving the confines of a small backwater like this and all of that. It’s why it brings me great joy to be such a tumor on your conversations in turn, now that I’m all bigger and stronger than the rest of you :’)
Posted 3 months ago Report
Edited 3 months ago
Link Quote Reply
Interested in advertising on Derpibooru? Click here for information!