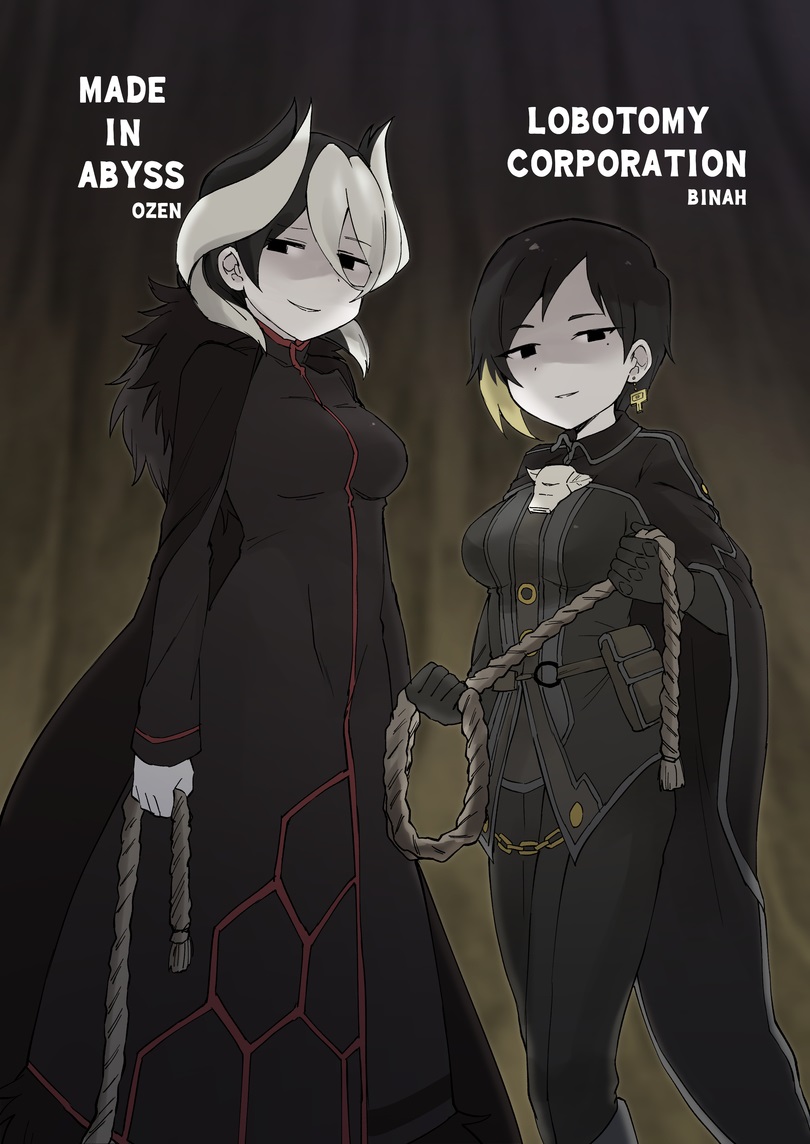 I II II L
I am so happy Dragon Maid is back. I love the show so, so much.
Posted 2 months ago Report
Link Quote Reply

I II II L
As much as I like following 8 animes in a given season, it feels nice to only follow two anime shows and not having to worry about squeezing four shows in a single day.
Posted 2 months ago Report
Link Quote Reply

I switched a packed schedule for another one

I know that feeling.

@Holofan4life
there’s a reason why 100% of my watchlist this spring was bog-standard isekai works, namely So I’m a Spider and 300 Years killing Slimes.

The latter, I miss so dearly. Don’t know what you got till you lost them, and all that.
Posted 2 months ago Report
Link Quote Reply

I’m not feeling it.
the new anime Resident Evil: Infinite Darkness ain’t doing it for me. Leon’s there? Claire’s there? Cool. But it’s bland af. Unsalted kind of bland.

The villains coulda been smarter, the plot twist coulda been twistier, and the action coulda been more intense. The scares? NON-EXISTENT. The whole theme of the series is on the propagation of fear and terror. Well, the audience ain’t scared, bruv!

The scariest couple of minutes was Claire investigating the suicide of the survivor of a spec-ops team. Why not make everything like that?

Netflix’s KINGDOM was to date the scariest Zombie shit I’ve watched because you can SEE the fear expressed in the characters’ demeanor and decision making; even when they’re badasses who can Doom Slayer zombies to hell and back.

RE please. Just because ya boys and girls are practically superpowered John Wick you gotta give us something to scare us with.
Posted 2 months ago Report
Link Quote Reply

Baby I'm the Trouble Man
I’m finally at that episode. The episode that put My Hero Academia on the mainstream map.

I mean RE has been more action horror than anything. As long as it has that then it passes.

That said though on a scale between Vendetta to Degeneration to Damnation, how does it compare?
Posted 2 months ago Report
Edited 2 months ago
Link Quote Reply

Only if you look at it in a bad way.

Baby I'm the Trouble Man
Wow. That, was an amazing episode.

As much as I like following 8 animes in a given season, it feels nice to only follow two anime shows and not having to worry about squeezing four shows in a single day.

I just gave up on seasonals entirely a few years ago. I don’t think watching stuff weekly has any real benefit other than staying topical and relevant, making it easier to find people to talk about this shit with. Never had any issues with just talking about whatever I feel like, so that doesn’t do shit for me.

Watching whatever I want, whenever I want, if I even feel like watching anything in the first place. No pressure. No schedules. All free. Not paying attention to what’s airing and going back to watch stuff that’s already completed was a great move.
Posted 2 months ago Report
Edited 2 months ago
Link Quote Reply

Baby I'm the Trouble Man
@ghostfacekiller39
I literally can’t do seasonal anime at the pace I watch. The only ones I could do right now are ones that I’m either severely behind on (My Hero Academia), or ones that are locked behind Netflix jail (Edens Zero, Shaman King).
Posted 2 months ago Report
Link Quote Reply

@tehwatever
I mean RE has been more action horror than anything. As long as it has that then it passes. That said though on a scale between Vendetta to Degeneration to Damnation, how does it compare?

Claire x Leon has more shipping fuel in degenerate than in Infinite Darkness.

Besides prettier graphics (and prettier Leon) Imma put Infinite Darkness to be the worst, least enjoyable entry on the RE CG Cinematic Universe.

I’d rather watch Ethan pour goop juice on his arms over and over, than pretend to think Infinite Darkness was good. It was mediocre and serviceable, at best.
Posted 2 months ago Report
Link Quote Reply

When does this take place? This means the White House has been attacked by zombies twice now.
Posted 2 months ago Report
Link Quote Reply

Ocs,Boops,Tickles&Memes
@Dustcan
Do the animated RE movies their their own shared continuity?

I thought each movie was like their own thing.
Posted 2 months ago Report
Link Quote Reply

All the cgi films are canon to the games, yes. They’re just standalone stories that also take place in continuity. I’m assuming Infinite Darkness is as well.

As an aside, I’m loving the attention to detail. The bits where the Secret Service are constantly “blinking” their flashlights is something I learned to do back during my Criminal Justice classes.
Posted 2 months ago Report
Edited 2 months ago
Link Quote Reply

@Dustcan
Your opiñon so far? (Besides the shiny graphics)
Posted 2 months ago Report
Link Quote Reply

Only the first episode so far.

It alright. I mean, first episodes are always slow so it’s only uphill from here right?

The only issue I really have is that this is like the second time the president has been under threat of zombies. Granted after looking up RE 6 again that happened elsewhere so this is the only time the White House has been hit, so okay. Also while that first zombie encounter was appropriately tense, and What’s-His-Name was surprisingly not Redshirted, him somehow judo flipping the zombie up into the chandelier pulled me from the moment. The zombie then knee-walking over to him was oddly terrifying despite the narm, especially as he unloaded an entire clip into it. And then the moment was undone when Leon shows up and one-shots the thing, because he’s got Hero status so of course he godmodes the moment.

That’s a lot to talk about for that one moment but frankly that was the standout scene of the episode. As far as expectations go, I consider Damnation to be the best RE film (live action or cgi), so if the other episodes can measure up to it then gold. On the other hand I consider Vendetta to be the nadir of RE films (live action or cgi), so hopefully it beats out that.

@Dustcan The final act of the series just ruined it for me.
It made me appreciate the first act more.

Tell me when you done with the show.