What kind of behaviour do you hate from people?

Forums » General Discussion » What kind of behaviour do you hate from people? Search Posts
Started by SocDev
Posted 6 years ago
79 replies
Subscribe

Well stressed, friend!
People who cant take the hint that i am not in a good mood and yet they keep pestering me with worthless shit. Then i blow on their faces and they get all offended at me.
Posted 6 years ago Report
Link Quote Reply

Quack King
I hate ALL OF THESE!

Site Assistant
🅱
Those are all pretty reasonable things.

I don't like when I ask for criticism and just get none, or have people who make one comment like "it's all good" or "you did everything wrong."
Posted 6 years ago Report
Link Quote Reply

I Have Returned
@Pikapetey
I really don't want to be that guy, but in regards to #9, some people really do pick up certain skills more easily than others.

Now I'm not saying art is easy, mind- I've tried it, and failed hideously- nor am I saying that it can't be learned. Natural talent only goes so far, but it certainly doesn't hurt when you're starting out.
Posted 6 years ago Report
Link Quote Reply
ЅℰℒᎯℙℋℐℰℒ

Quack King
mostly it's anyone who lets their emotions take the wheel of their decision making and every aspect of their life.
Posted 6 years ago Report
Link Quote Reply
ЅℰℒᎯℙℋℐℰℒ

Pomegranates :P
@Pikapetey
For once, I agree with you.
Posted 6 years ago Report
Link Quote Reply 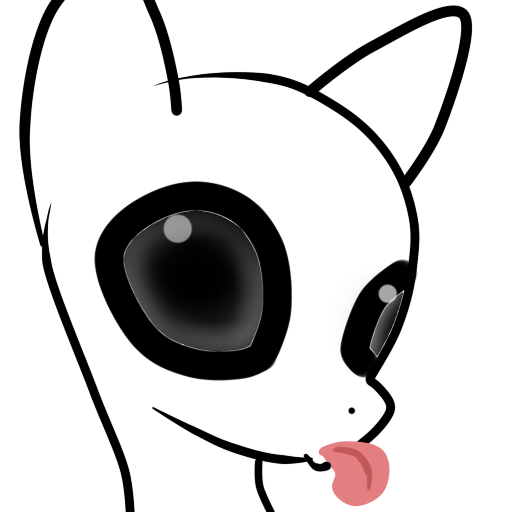 @Silent_Witness
Yeah, but raw, innate talent is generally assumedto play a much bigger role, like people think some people just pick up a pencil for the first time and spit out good stuff. It takes a lot ofpractice and knowledge about the geometry of things, anatomy of living things, and how it all relates in 3 dimensions. Same for other forms of art and their constituent parts. A big part of the real talent is the willpower to stick through it.
Posted 6 years ago Report
Link Quote Reply

@Pikapetey
I don't see how 8 is something that's looked down upon? Is critique wrong?

I dunno, a little confused on that one. Unless we're talking about the inflammatory "this sucks" comments. I dunno I feel it's quite rude to disregard the opinions of followers who do like your work and support you simply because you don't want to be told you didn't do perfectly or think other's input is meaningless, bordering on messiah complex there, just saying, if you actually meant complete disregard of your followers thoughts.

As for my own answer to the subject, I am not fond of people who think admitting to being a bitch justifies them being a bitch. "lol I'm honest about it so it's ok". No, no it isn't. Hurtful is hurtful no matter how straight forward you are about it. There's a certain artist whom I used to like who soured out big time (not for the reasons listed by you, Pika) and thought she was immune to criticism because she admitted to being a bitch, thinking that got her off the hook.

Hey I can admit to killing someone but hey im honest so i didn't do anything wrong. :D

I Have Returned
@rogerSnow
Yeah, I know. But most people never see the hours, days, months, and years of dedication and back-breaking work artists put into perfecting their craft. Usually, all they ever see is the result: a person who can- as I once so gracefully put it- crap out a masterpiece on command.
Posted 6 years ago Report
Link Quote Reply

If you break these rules, you will get stupid shit.

If you don't respect the opinion of the most hateful, fucked up, fedora wearing guy/girl. Then s/he'll go off and get pissed cause you didn't respect his/her opinion about it. And will go off to places like Reddit, or 4chan spewing vile toxic opinions about such artist as if HIS/HER OPINIONS ARE TRUTH!
Posted 6 years ago Report
Link Quote Reply

Good quality things take time. Time no one is willing to wait for.

But this rule is mostly for content creators and artists alike.

I see countless artists bitching and moaning "DON'T STEAL MY STUFF! GIVE ME CREDIT! If you're going to take my work at LEAST TELL ME!"


I want to smack these people.

Because if you don't want people to take your work, THEN DON'T PUT IT ON A PLATFORM THAT MAKE IT SO GODDAMN EASY TO STEAL!

"don't steal my work!!!! GIVE ME CREDIT!! I SPENT SO LONG ON IT!!!! Hey, anyone know where I can download the newest Weird Al Album for free? I don't wanna pay for it! LOL! YOLOSWAGINS!!"
Posted 6 years ago Report
Link Quote Reply

@Pikapetey
Yeah I know, ignore self entitled asshats who think you know your art better than you do. But, just consider the people who give you nice comments and honestly want to help you a bit, too. Every comment I get I try to respond to. It's someone who took the time out of their day to look at what I consider sup par work (my work :P). I've always just sort of filtered out the asshole stuff, doesn't really bother me.

AND YES, YES, THANK YOU! On the people who say DONUT STEAL for crap they post or stick HUGE FUCKING OBNOXIOUS WATERMARKS on their work, I cannot stand it when people do that. I can't really enjoy people's work when they do that, period. If you actually put effort into your work, people will know it's yours. IF you don't want it reposted or stolen, then don't put it up in the first place. Da Vinchi didn't put "DO NOT STEAL" on the Mona Lisa.
Posted 6 years ago Report
Link Quote Reply

Site Assistant
🅱
I don't understand why people don't just do a quick signature, or even better, develop a style that people will know if there's thievery immediately.
Posted 6 years ago Report
Link Quote Reply

Oh and let me elaborate on this one too.

So, there is this really dumb mentality out there that art is ment to "express oneself"

I STILL get shit when I tell the public "I don't draw clop" and the asshats turn around and re-post THIS as an argument against me. (and this was drawn WAY before my trolling campain)

I drew a Sexy-Anthro Fluttershy to prove that I COULD draw a sexy anthro Fluttershy, I just didn't want to. (to be honest, I stopped charing to make it look any decent. and was like… 20 min drawing)

BUT ACCORDING TO RULE NUMBER 6! I apparently have a huge boner for a sexy anthro fluttershy otherwise I wouldn't be able to draw it!


Oh… and that leaves me to one other behavior I hate.

what is up with people obbession to dig up dirt on someone?

"EXCUSE ME SIR!! I CLEARLY see in Clubpenguin forums you posted that you liked pistachio icecream on Oct 10 2004, BUT NOW YOU SAY YOU HATE PISTACHIO ICECREAM?!! YOU'RE A FUCKING LIAR SIR! I PHONY AND A LIAR!! you contradict yourself over the course of several years and I will hold that over your head till the day you die!!" 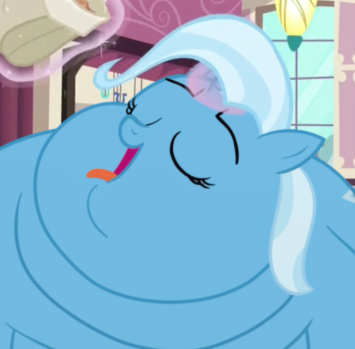 Herrpface
@SocDev
When people chase you around with a knife whilst screaming assorted threats against your wellbeing.

Well stressed, friend!
Wow, never expected this thread to reach this size. Usually my threads never get THIS far.

Another thing i hate is when people can clearly see that i am wearing headphones, and instead of talking loudly they whisper to me, for some reason. Then they get angry at me when they ask me if i did the stuff i was supposed to do and i didnt listen cuz i was with my headphones.
Posted 6 years ago Report
Link Quote Reply

✨DRAW MORE FLEETFOOT✨
People that complain endlessly about you/what you do, decide to have action taken against you, but never once ever think to talk to you about what's bothering them.

Also people that refuse to talk to you because "they wouldn't listen, anyway", despite having to evidence to prove that because they've never tried.
Posted 6 years ago Report
Link Quote Reply 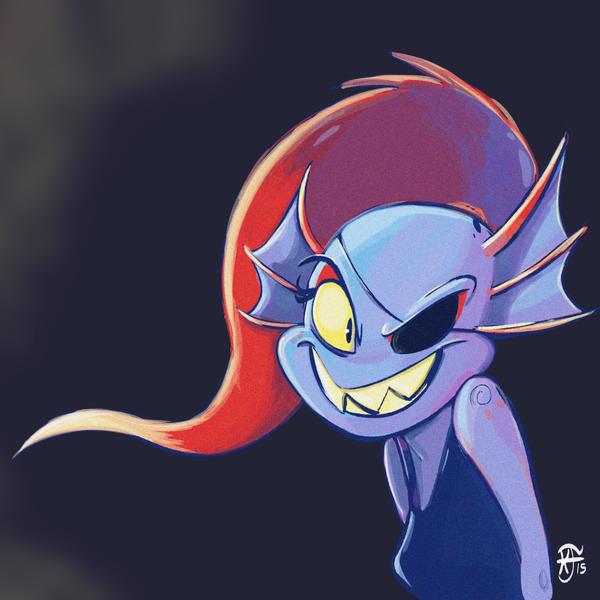 @luna the great!
You have diabetes…?!

I hate when people mix the two up. My Mother never tells anyone else she has diabetes because she's afraid people won't accept her. I hate when people criticize or do something wrong or stupid to hurt your feelings or get you into trouble.

- Can't people leave me alone when I'm upset or angered? Hell no, they do it to annoy me.
Posted 6 years ago Report
Link Quote Reply

@Albus Fahrenheits
Yup. One-eyed beast they call me. Devil's child as well since I survived a disease which doctors were certain should have killed me.
Posted 6 years ago Report
Link Quote Reply

Now you only need to be black and have a thing for explosive stuff.
Posted 6 years ago Report
Link Quote Reply

Albus Fahrenheits
@PonyDancer
I still have both eyes although I can't see through my right. Damaged optic nerve because of a traffic accident when I was six.
Posted 6 years ago Report
Link Quote Reply

@Albus Fahrenheits
I lost my eye in a crash, and part of my brain stopped functioning so I can't recognize people I know well unless they get close up. The only way I can recognize people is by their clothes or their faces up close.
Posted 6 years ago Report
Link Quote Reply
Interested in advertising on Derpibooru? Click here for information!