Borz
Thanks a lot Badheart. Appreciate it.

Because of you, you fucking ruined my vibes and reputation of having the energy to stay at this site at my will. You we’re that additional fuel added to the fire that is the sacrifice I made by going sleepless through the whole night in my timezone just to be with you all guys here.

Offline
@Count Adramélekh Sear
What you said to me, was a declaration of war.
Posted 1 years ago Report
Link Quote Reply

Borz
@MagpulPony
I innocently made a new thread and he inadvertedly said an F word to me first then I retaliate back, then he hated it and that’s how the problem begun.

Fucking ridiculous. His actions is utterly unacceptable for me.

Smiling Panzerfuchs 2.0
The older I get, the more I like crime series, music shows and documentaries late at night. I bet over 100 bits that I will one day end up as an eighty-year-old media zombie in a virtual retirement home. Dried out like a mummy and spreading shit posts on the cybernet how uncool anime and cartoon shows have become over the decades. And that the Power Rangers have not survived the year 2020 any more than 1,5 million people, various restaurants and lots of movie theaters. ;-)

And even if one could perhaps misunderstand this because of my smile - this is meant quite sarcastically. There are things I like about getting older. Other things just annoy me. And also to be able and to have to look at certain things in their respective context.

@ᏰᎯᎠᎻᎬᎯᏒᎿ
I see, little bit of murder. I never hear about that over here. The most I hear is about some brat stealing candy from a convenience store. Just not enough Darwinism!
Posted 1 years ago Report
Link Quote Reply

I II II L
I don’t care normally what YandereDev says, but I can’t believe he said all tsunderes deserve to be killed. Imagine thinking people who suffer mental issues who just need some fucking companionship are better off dead.
Posted 1 years ago Report
Link Quote Reply

I can just mention incels and get the same experience.

Also, I would hold up the policy of ignoring yanderedev if I were you.

Chaotic Evil
@Holofan4life
Keep in mind, YandereDev is a known Ableist. Which is sad that they’re people still supporting a game made by a person that is a Ableist.
Posted 1 years ago Report
Edited 1 years ago
Link Quote Reply
Background Pony #E9D4
Vent out problems? 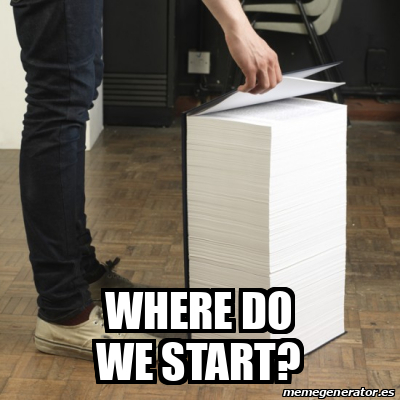 Nah, i don’t have that much problems in my life and i try always to stay cool Liar you dirty scumbag faggot, liar, LIAR!, but one that tends to piss me off a bit it’s people assuming that beacuse im Venezuelan im automatically Socialist, Communist, Marxist, Fidelist, Hitlerist, Nazist, Mussolinist, Capitalis (ironically) and pretty much everything horrible at once, i don’t really know why, but it seems that everywhere a Venezuelan goes, everyone talks BS about him

“Hey, that guy it’s from Venezuela”
“Let,s get away before he steals us”

I mean, i admit Venezuela it’s one of the worst countries in the criminality aspect, with some researches reporting more deaths in a certain year by criminal activity than the military casualties in the Gulf War. But the fact that people inmediately clasify Venezuelans as “Lowest scum of earth” it’s just plain wrong, i know people that made it out of this country, had no political affiliations, had never robbed or made anything bad in his life other than punching a guy in the face for reasons i won’t tell, but i can assure you it was justified, that just tries to work hard to help his family and friends, and he’s treated like if he would be that guy that wants to watch the world burn.

There’s always that guy that doesn’t know what to say and calls you a Nazist Communist Capitalist.

But, being honest, i think i was exaggerating a bit there, my apologies, what they seem to always think of us it’s that we are Communists/Socialists, everyone, no exception, even if you don’t give a blunt about the elections.
Posted 1 years ago Report
Link Quote Reply

Venezuela? Coño, I don’t even know where that is, meng.
Posted 1 years ago Report
Link Quote Reply

@Holofan4life
I mean, hanging out with a tsundere doesn’t sound like fun. You’re already sorounded by enough human craziness as is!
Posted 1 years ago Report
Link Quote Reply

Nightmare E-Soldier
@Count Adramélekh Sear
Well I dunno what’s going on between you two, but you don’t have to both like each-other for you to both stay, it’ll probably get worked out.
Posted 1 years ago Report
Link Quote Reply

Stop fighting guys, it’s not worth it!

I think he’s being sarcastic, anyways, the word Coño it’s used as a mild slang word or to express shock in Venezuela (“Coño! una puta araña marico!”) Which would be quite similar to (Shit! a fucking spider man!)

(The word marico has evolved from being a slang term to being used to refer to your friends, yeah, Venezuela it’s weird.)
Posted 1 years ago Report
Link Quote Reply

And I know what coño means, i’m a Spanish speaker too and we use coño too.
Posted 1 years ago Report
Link Quote Reply