Fresh pony memes
@Mr.Myoozik
Heh, look at the one I got at silver dollar city:

OCs owned: 8
Dear ancestor who was responsible for me inheriting this disability of mine…
***WHAT THE HELL WERE YOU THINKING, FUCKING AND EVENTUALLY PASSING IT DOWN TO ME?!***
Posted 2 months ago Report
Link Quote Reply

Broken Ball of 💽TM21
@Luca H.
Maybe they had faith you’d work it out. Maybe even have a cure by your time.
The most you could accuse him/her of is optimism.
Posted 2 months ago Report
Link Quote Reply

OCs owned: 8
@Lord WyrmSpawN
The only saving grace is that the bloodline ends with me.
Posted 2 months ago Report
Link Quote Reply

@Luca H.
What disability do you have if you don’t mind my asking?
In any case, I don’t blame you for how you feel. There are a lot of things I don’t like about my genes and I have no desire to pass them on.
Posted 2 months ago Report
Link Quote Reply

Music Connoisseur
Work scheduling issues, they really need to make up their mind on what days and hours I work
Posted 2 months ago Report
Link Quote Reply
KolpSlack

Reborn Reject
Fucking shoulders are radiating pain all the way from my chest all the way to my fingertips. All I’m doing is trying to rest…fuck my life.
Posted 2 months ago Report
Link Quote Reply

CaptainXtra
PUNCH A FASCIST!
Zuckerberg sucks so here’s something mocking him: 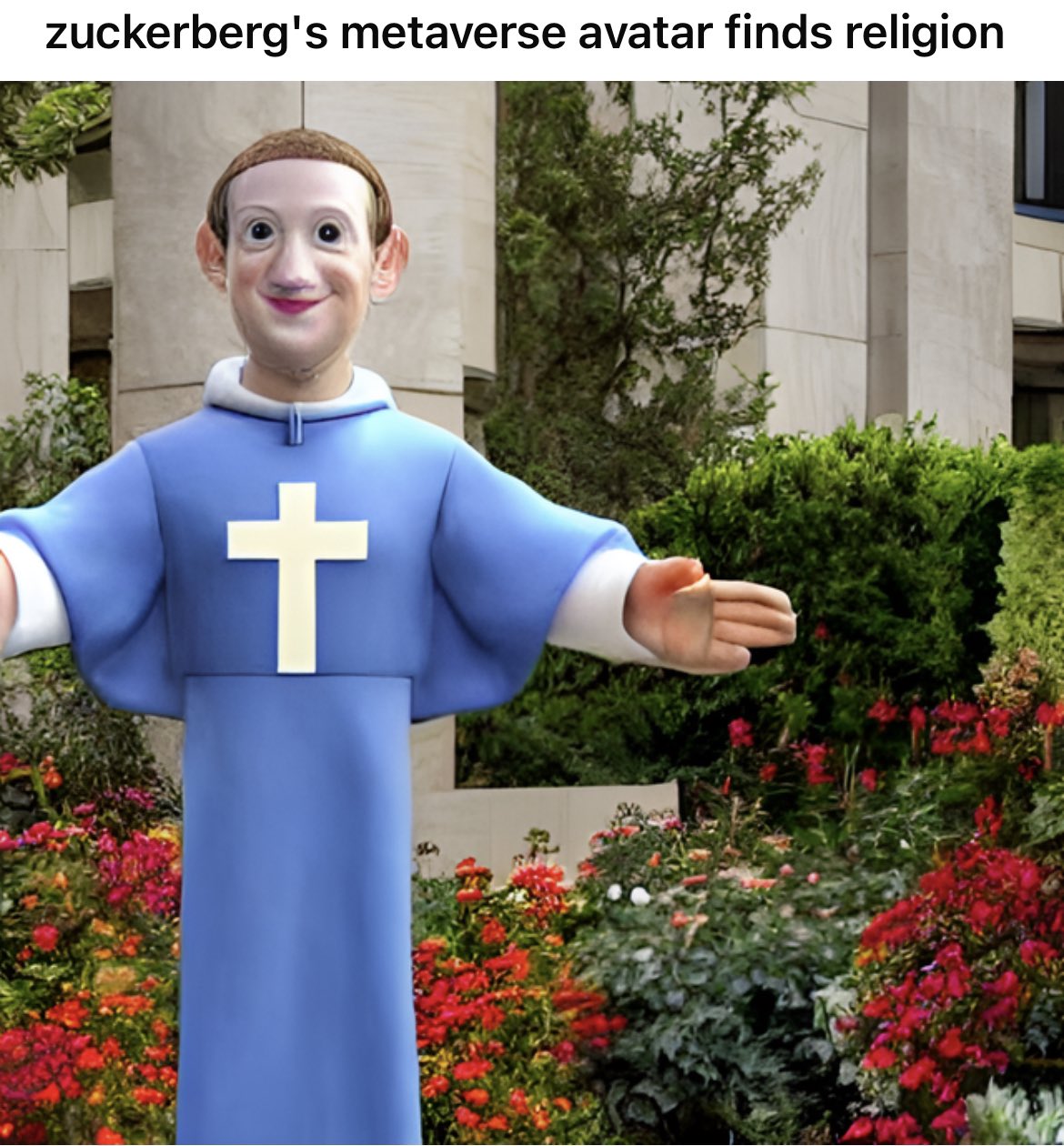 Smiling Panzerfuchs 2.0
F**k me, just to be that guy to get upset about such injustice. But certain things in this world piss me off. Sorry for this wall of text. Please ignore it, if you see it and think: Okay, that’s WAY too much!
.
I don’t judge you. Really. I’m used to it, because people on the internet have this basic condition to don’t give a shit about something what is longer as one sentence. Still don’t judge. For everyone else, here is my opinion and it IS vent. Even if I hope for reactions to it, I have zero expectation that anyone would want to comment on it. So… Consider it a final warning about a lot of complaining about a lot of global sociological/economic BS. But it contains a RL tragic story. And I hope it’s not just boring.
.
First, the corruption and/or incompetence of governments in this world that made big promises before and then had no real plan to make those promises come true. Thus democracy hardly makes sense these days. Yes, I said it. And I’m still pro-democracy. Please read on.
Even thoughts of a democracy 2.0 (like a civic veto in Switzerland and/or the ability to vote online, with the ability to establish Internet security - see further noble prize quantum sience) fail because of the established power structures. No matter how corrupt or infiltrated they are. All in all, it always revolves around established government structures keeping themselves alive. And keep the citizen stupid, ignorant and preferably distracted. Reminds me of the Roman proverb of panem et circenses. Bread and circuses.
Quasi our daily government propaganda, no matter whether west, east, or the south. I exclude the “north” more or less, because that is too much ice for me personally. No shade over Canada, Norway, or the whole rest. Sorry. ;-)
.
Second: International banking policy. How can it be that things like Eurobonds exist without having any European debt agency? Somebody answer me this. And I ask as a German, because my (I actually see myself as a world citizen) country of Germany can deal with these things relatively easily, while poorer countries are thus put under a yoke that can virtually bring them to the brink of self-destruction.
See Lebanon. Real story. How fucked up is this world when you are a family man threatening to shoot others and spilling gasoline just to get the money you are entitled to? Bassam al-Sheikh Hussein held hostage and threatened to kill himself and the hostages. Okay, now probably every western mind thinks: Typical middle east terrorist shit. But guess what? It wasn’t. 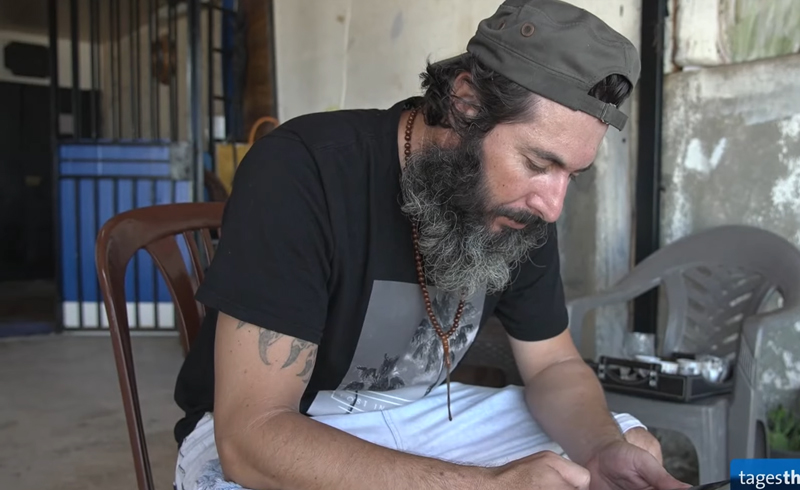 Bassam al-Sheikh Hussein threatened to take his own life and others to get money that: A.) belonged to him and B.) to help himself and his family. The debts were crushing them. C.) to be able to pay his seriously ill father for an urgently needed operation. But the bank refused to pay out because the state and the economy are completely bankrupt. Please keep in mind: it was about savings. So it was not a more extortionate attempt to get money that did not belong to him.
Bassam al-Scheikh and I are the same age. 42. He refused to be sent away after 3 years of stalling. And the bank refused to pay out to the point that he ultimately spilled the gasoline. After that, the bank paid out a part of the sum, (which his sister picked up later) and he surrendered to the police afterwards without any resistance. Because he was desperate and actually (probably) didn’t really want to hurt anyone. While outside protesters celebrated him as a hero and Bassm al-Sheikh was released after a few days. Because he was (even the state thought so) not guilty at all.
.
The point that stirs me is: Isn’t such a scenario conceivable everywhere? Granted, the Lebanese government has brought a lot of money into Switzerland. And many countries in this world are just quasi-democratic, but basically every government (or its members) is only thinking about getting as much of the cake as possible.
But this drives me already for YEARS! Although I am a convinced democrat, world citizen and European: The current banking policy, its based on an absolute exploitative predatory capitalism (and there ARE other types of capitalism) is a mess. And at the same time gives the enemies of democracy more than enough ammunition to want to resist any form of democracy.
.
So: What is the idea behind this? Has democracy failed by binding itself to a limitless, greedier form of capitalism? Did the democracy glorify itself perhaps even after the end of the WWII, in order to see as sole size opposite the fascism, although this shit in our today’s time is more and more rising gain? Or do we live this infinite circle of human stupidity that wealth (of a country) is limited only to the wealth of the rich? Completely ignoring the fact that we are giving ourselves over to the (supposed and, in my opinion, obvious) lie that wealth should only belong to those who (without context) have always been wealthy. Because, don’t question it. It is certainly earned “honestly”. Although provable BS.
Don’t get me wrong: Those who have always made appropriate contributions should certainly benefit from them. So far that all worries and hardships should be taken away from him. But: How ridiculous it is that we live in a world, in which those decide, to whom the prosperity belongs, and they just go thereby proverbially over corpses. Because not might, knowledge or justice is right. But money it is.
So: I’m sorry to complain: But the more the world progresses (despite some good news on the sidelines), the more I tend to an attitude contrary to the (existing) society. Not because I myself find myself in this position. Those would have to possess much more resentment than I do, I think.
.
Just… For the love of. It cannot be. It must not be, actually. Here is my natural idealism. How and when did we as humanity actually take such a wrong turn? And there I ask everyone here. Nowadays, does one actually still have the right to follow one’s own political ideology? Or are we all just completely blind to the actual real conditions? For my part, I now despise what we have become.
And I haven’t actually started complaining yet. The (Western, but certainly Eastern, without taking into account the South, which is much more seething) society is just f**ked up. And therefore my vent.
Thanks for reading (if anyone does). I don’t expect people to respond to it. I just really needed to get something off my chest. But anyone who wants to say something back, feel free. Those who don’t, and I’m convinced of it, we all have a reason for being here. That’s why I’m not posting this the political thread. Because it is merely an expression of my anger at the moment.
Although I more than doubt that this moment will pass. Because I am more than just angry. And that has to do with how where and when things are happening in the world, and how they are happening. But now I try to focus on one thing that appeals to me more than the others. And this is precisely the form of injustice that concerns all of us (apart from war and life support boxes).
.
Just ask yourself this: What do you do if tomorrow the bank says no. And do you really have enough confidence in your country and your situation to say that can’t happen in your country? Because… Here I am looking forward to answers. I hope. And be it out of vent or simple curiosity, or the desire for knowledge. Well, it IS just vent. So no political meaning. Just… Gods, this really get me upset. And I think I’m not alone in this. So, sorry, about my all vent. I still hope for there is more then I can see right now. But I don’t. Sorry.
[Whoever of the mods thinks this belongs more in the political thread, please say so. I just don’t post it there because it contains way too much vent for me personally. And this is the vent thread here, right?] ;-)
Posted 2 months ago Report
Edited 2 months ago
Link Quote Reply

Can people wait until after I die to start another socialist fail cycle?
I really don’t feel like going through all that, sounds like a lot of trouble.
Thanks.
Posted 2 months ago Report
Link Quote Reply

OCs owned: 8
I wish I could tell if people are asking rhetorical questions so I won’t answer and feel like a failure when they point it out. 😔
Posted 2 months ago Report
Link Quote Reply

Zamasu
It’s my birthday, yet I’ve got work in an hour.
Posted 2 months ago Report
Link Quote Reply

Smiling Panzerfuchs 2.0
@Goku Black
Despite the thread, happy birthday, mein Freund. But yes, working on his birthday is a little cringe. I used to bring cake or donuts to work on my birthday. Basically no one thanked or cared. Work and birthday sucks a lot. ;-)
Posted 2 months ago Report
Link Quote Reply

Music Connoisseur
We seriously need some new fucking motor carts in my job, there’s only one working and I’m starting to get tired of telling customers that the only one is in use and that the other ones don’t. Trust me, I really want those fixed or replaced as well, but the damn manufacturers have their thumbs up their asses and not even doing anything about it.
@Goku Black
Feliz Cumpleaños
Posted 2 months ago Report
Link Quote Reply
Interested in advertising on Derpibooru? Click here for information!