Unemployed Brendon
I made a joke about being a homeless drug fiend because it feels like that’s what the world wants me to be.
It only takes a couple of beers for my sense of humor to go to the shit and absurd. Sorry.
I got a lot of options, and 5 months before a living situation change is enough time for me to finish my work, beg for money if i have to, get an actual job etc. There is also subsidized housing that only takes a portion of my income, and i’m likely eligible for disability for metal implants and neurocognitive deficiencies (aka I’m stupid, i literally have a room temperature IQ)
Florida is so fucking hot, that if i’m still homeless by next summer i’m drinking a beer in front of the police station to get a 90 day jail stay. I’ll prob get killed in prison because i can’t keep my mouth shut, but it’s better then skin cancer.
Posted 4 months ago Report
Link Quote Reply

Smiling Panzerfuchs 2.0
@Beth
(sits next to you, opens a beer, drinks and feels just the same way) Meine Königin. Auf Euer Wohl! Prost! (toasts and would walk the path with you if it wasn’t just a thousand miles away)
Posted 4 months ago Report
Edited 4 months ago
Link Quote Reply
KolpSlack

Unemployed Brendon
@DarkObsidian
Hell yeah. It’s cool, the only person that should worry too much is myself.
I kinda been drinking a bit lately, because I know i might not be able to in the future.
I got to go down the straight and narrow, my loose and reckless behavior could be a bad influence on whoever I’m living with.
If things get too bad, i still have a tent, and someone paying for my phone, more than some people have. I might only have to hide in the woods for a little bit worst case scenario.
@KolpSlack
I don’t trust anyone who doesn’t. Maybe beer is some thing to keep the lower class like myself stupid lol.
Posted 4 months ago Report
Link Quote Reply

Borz
I can’t wait and even begin to fathom how will these monkeypox anti-gay drama will unfold within the coming months.
Posted 4 months ago Report
Link Quote Reply

Umbreon is best Pokemon!
@Khauntzat Adramélekhizarovich Searmaev
Wait, there is an anti gay thing going on with monkeypox? Sometimes it’s funny how even viruses are more intelligent than us.
Posted 4 months ago Report
Link Quote Reply
Background Pony #E9D4
@Beth
You might not trust me then mate… I’ve seen someone getting run over by a taxi cab in the street for being drunk and another one falling off a bridge (That wasn’t very safe to begin with) because he was intoxicated like a sailor… To not mention I have several family issues with beer. I don’t know you, but I very much prefer a fizzy drink than a beer, yeah, the fizzy drink might be more dangerous and make more damage to my system and all that, but I’m kinda pretty sure that after drinking 5-6 bottles of that I’m not going to be as impaired mentally and physically as drinking 5-6 bottles of beer… Even if I don’t even drink that much of anything to begin with…
Also… beer kinda tastes like hot piss… Perhaps it was because the mates at the pub gave me one of those:

And I know what you’re all thinking: You got to be taking the fucking piss! Maybe I was! Who knows, haha!
Posted 4 months ago Report
Edited 4 months ago
Link Quote Reply

Unemployed Brendon
@Background Pony #E9D4
Sugar is worst than alcohol when it comes to noncommunicable disease. Alcohol will fuck you up short and fast, but sugar will fuck you up for the long stretch.
I don’t recommend either. Sugar and alcohol are both over-propagated because they are cheap and profitable to produce, but neither are any good for you.
I kid about not trusting people who don’t drink. Plenty of people have good reasons not to drink, and bad memories of alcohol. I don’t look down on them.
Posted 4 months ago Report
Link Quote Reply
Background Pony #CFE3
@Beth
Let me say something I want to say as well, venting about them…
Sugar and Alcohol are FREAKING OVERRATED!!!
Why?
Many have to “fit in” with these 2 things mainly, but for me, I like the opposites : I like healthy sour drinks, and a sour hermit in a good way. Never was I sweet in a bad way.
They have good uses for something else, but in modern world, they are currently being abused by the mass, being main cause of cancer, aka. slow painful annoying death.
Posted 4 months ago Report
Edited 4 months ago
Link Quote Reply
KolpSlack

Reborn Reject
I only drink when I really want to. I would rather not be one dependent on alcohol.
Posted 4 months ago Report
Link Quote Reply

Smiling Panzerfuchs 2.0
The last comments here seem like drinking is a bad thing. Yet some of the world’s greatest historical figures were heavy drinkers. Or have taken other substances.
May one take it as it is. Drinking and consuming other things may be bad for one’s body. Yes, that is so. But who seriously believes that we are all the same? We differ not only by skin color and cultural identity. We differ from each other in so much more. Like, for example, different personality structures.
And who here is so pure and noble as to say alcohol and other substances would be bad for all of us. It IS bad for certain circumstances. But it is good for others. And wherever someone is, no matter how bad someone is. Please don’t fall for this trap of saying that these things are bad for ALL. Some people among us can even get away with it. And even achieve great things.
Ask Alexander the Great. He conquered a world empire. And was a heavy drinker. Sure it shortened his life. But he didn’t die because he drank alcohol. But because those who supposedly meant well for him poisoned him in his weakened state.
I raise my glass to all those among us. We are who we are. And we all have our problems. But so do the (cough) “others”. Rise up and just remember: this world is a pile of shit. And it lies and cheats each one of us wherever it can. Accept the pain. And embrace it. Let it make you better by living through that pain and learning your lessons. ;-)
Posted 4 months ago Report
Link Quote Reply

Unemployed Brendon
omg I’m getting cancled for saying that people who can’t afford phones shouldn’t eat out.
Everyone treats eating out like this emotional human right, but it’s paying insane markup for food you can get anywhere. I haven’t eaten out in like 3 years, no i take that back, i got some french fries when my stimulis check came in.
Point is i’m not trying to be a nazi, i just literally said nobody needs to eat out and a phone can save your life.
Actual homeless people don’t worry about eating out. I mean aside from restaurants like Burger King and Mc Donalds where you can get an economic meal for a couple bucks.
They’re like “what if they can’t cook” first off, if you can’t cook you prob need to be homeless, secondly you don’t need to cook to eat.
Eating out is an emotional human right for people that have never had a problem in their life, I haven’t been able to eat out in years, but i got a phone because i’m a responsible adult.
I mean i shouldn’t be making policies on how anyone lives. maybe i should back out of this one, but i’m pretty sure i’m closer to being homeless than any of those fucks, and I’m not wasting a dime eating out, my phone is emergency resources, job opportunities, a way out of being homeless. These people are like “what if they don’t want a phone” they probably deserve to be homeless.
I don’t care, i’m slim F’n Shady, cancel me, i don’t have any money or followers, your twitter BS doesn’t work.
Posted 4 months ago Report
Link Quote Reply

Moderator
友情は魔法だ
@DarkObsidian
I had a coworker once in Tokyo who was a Mormon. Couldn’t drink alcohol. Or coffee. Or sweetened drinks. Or cocaine drinks, neither. Nothing. Not even beer. I tried seeing if Sake would be ok because I’m sure his “good books never heard of it, but nope.
In Tokyo. Trying to be a salary man. In “the industry”.
He was the most miserable person I’ve ever met.
@Beth
If people are doing that to you here, please report them, I just kicked someone else off the site for the same damned thing. Trying to “cancel” a different artist.
People keep mistaking this place for Twitter or something.
Posted 4 months ago Report
Edited 4 months ago
Link Quote Reply

Unemployed Brendon
@Ciaran
Oh no it was on Twitter. It doesn’t bother me, i’m too poor and nearly homeless to care about Twitter, i’m literally immune to their BS because I’m in the same group they think they’re defending. I got real problems, worst case scenario i’ll just delete the post, it’s not the double down topic of the year.
That’s a shame. Atleast this cancel culture crap is dying.
Make one take that everyone doesn’t feel good about, and suddenly you’re racist, classist, ablest nazi. The thing is, if they attack someones character with nothing but a label, they probably have no argument.
Posted 4 months ago Report
Link Quote Reply

Moderator
友情は魔法だ
@Beth
Or, you know, draw a pony the don’t like, or a ship that triggers them.
It’s a mad world.
Posted 4 months ago Report
Link Quote Reply

Zamasu
@Ciaran
Your coworker might’ve been happier in Provo, Utah. It’s a liquor control state and there aren’t too many bars here, either. Either that, or get him to convert away from Mormonism.
Posted 4 months ago Report
Link Quote Reply

Broken Ball of 💽TM21
@Beth
I’d say your original point and the one made further for it were sound.
Also, just how intense a inability are we talking when they say “can’t cook”?
I can’t really cook either, but not to the point i could legitimately starve.
Posted 4 months ago Report
Link Quote Reply

…man, someone? Anyone? Just say anything that might make me feel better. I can’t take this shit any longer. I might do it, but then I’d have to contend with 24 years of misery being a complete waste of time.
All the physical issues, all the mental issues, if I just get it over with, I will stop the suffering and reach salvation. I don’t know why I haven’t done it yet. I just can’t find a reason to go on. I feel alienated from the rest of the world and I can’t find a place for myself. If I don’t do it, the next time I’m writing, it might be from an insane asylum.
Just how do I end it?
Posted 4 months ago Report
Link Quote Reply

Unemployed Brendon
@Ciaran
That’s insane.
Ponies are about love, who doesn’t get that? It sucks that male ponies get so much hate too.
When the people from Twitter come down to my neighborhood: 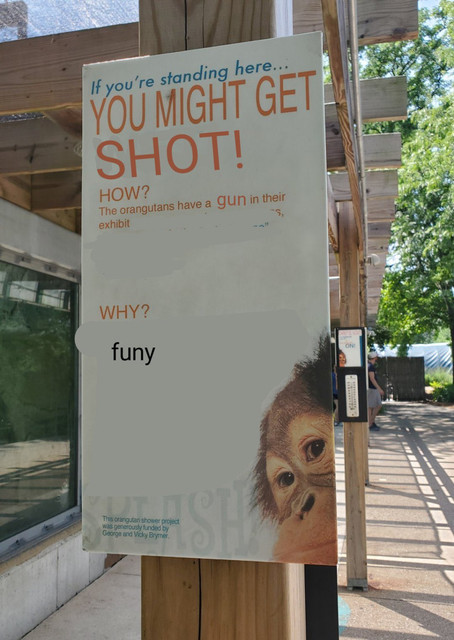