Sweet F.A.
@SeraphimDawn
All I did was pause at a random point while editing my last music video to get this beauty. I sure do make some weird faces while singing.

@ArkyNoid
Interesting comparison! I quite enjoy Eddie Vedder’s music with Pearl Jam myself. I’ve even heard some people compare the lower end of my singing voice to his, though I disagree; he has a much better voice than I’ll ever have.

@Zincy
Yeah, that’s me. An older pic, mind you. I’ve grown out my hair a bit longer since then and ditched the beard for now.
Posted 4 years ago Report
Link Quote Reply

It’s the one that requires big telecom and ISP’S to have “opt in” advertising, meaning that you have to give them permission to sell your metadata for ad purposes. The regulation was a huge win for consumer rights, and was welcomed by consumers on both sides of the poltical spectrum.

Well it’s going to die now thanks to Congress. Along with large swaths of Net Neutrality stuff. Net Neutrality dies this year. All the blackouts, protests, 4chan raids, etc were for naught.
Posted 4 years ago Report
Link Quote Reply
Background Pony #3E34
@Zincy
TIME TO PAY FOR INDIVIDUAL WEBSITES LIKE I PAY FOR CABLE

Ten is my favorite album of course, but most of the others are not far behind. Lately I’ve been re-listening to Versus.
Posted 4 years ago Report
Link Quote Reply

Evil
@Background Pony #1E5F
Yeah! Who does that anymore? Newspapers, what a joke!
Posted 4 years ago Report
Link Quote Reply
Background Pony #23A7
|| What do you guys think of this scenario. You go to a restaurant for lunch. You are the middle order of a little over a dozen people. You order your burger at about 11:50. At noon management announces a promotion of a free burger upon request, toppings may slightly vary but almost the same quality of yours. People naturally rush up “me, me!” As expected. Some of these people get their burgers before you even though you have been a loyal customer for a year and their FREE orders came after. Your wait for your to-be paid meal barely seems to budge. ||
Posted 4 years ago Report
Link Quote Reply 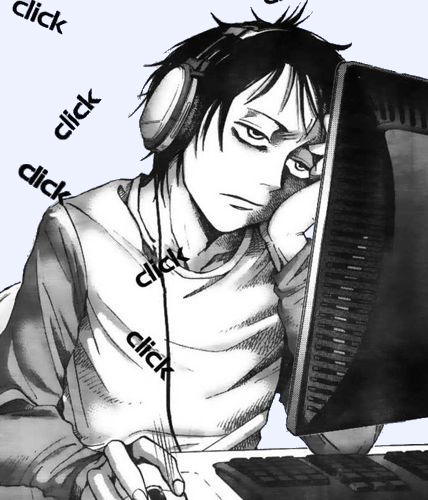 Sweet F.A.
@ArkyNoid
Yeah, same. I can’t think of a single song I like more than the others.
Posted 4 years ago Report
Link Quote Reply

I II II L
Someone just had a panic attack in one of my classes.
Posted 4 years ago Report
Link Quote Reply

👻Haunted👻
I want my brother out of the house.

I was indifferent before he got here, but now that he’s here, I see the myriad of reasons I didn’t mind him leaving. 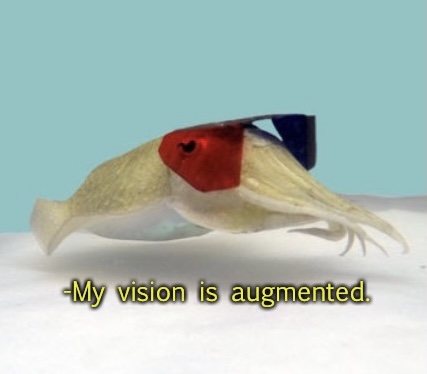 💪😎🤜 S🔥W🔥A🔥G 🤛😂👍
So my grandma drinks magnesium chlorate on medical recommendation. It tastes like sh*t. Problem is, magnesium chlorate is, visibly, indistinguishable from water, and my grandma keeps bottles with both water and magnesium chlorate in her fridge – the former for guests to drink, and the latter for herself to drink.
Several weeks ago, i took a bottle out of the fridge, put the liquid on to a cup, and drank it. Turns out it had a revulsive taste, and i spat it out. My umcle walks in and says it’s grandma’s MC, so we make a deal to mark/write in the bottle with MC, writing “careful, magnesium chlorate” on it.
Now, today, i opened the fridge. I noticed the bottle with the magnesium chlorate markings on it and avoided it, in favour of one without markings. I put it on a cup and drank it, expecting it to be water. But nope, i feel the same revulsive taste and spit it out. Turns out grandma had ignored the rule of “put MC in the MC bottle” and out the chlorate in a bottle without markings.
I’m so fucking pissed right now.

Here’s an article on the first bit

As for the NN thing, you’d have to be living under a rock to not of heard the new FCC Chair’s opinion on the matter. He’s made it one of his main goals to roll back Net Neutrality regulations, and he doesn’t like that ISP’s are now classified as utilities. Rolling back NN would allow ISP’s to go back to the idea of throttling data for certain websites. Creating “fast lanes” for paying sites, and relegating smaller ventures to standard or throttled speeds. Basically allowing the big boys to be all fast and shiny, and kicking out the newcomers that may threaten them. It’s the digital equivalent to a big Walmart store waltzing in and crushing the Mom and Pop stores.

Also, you want to know about censorship, imagine a liberal or conservative ISP throttling data to news sites they disagree with. It could happen without proper regulation.
Posted 4 years ago Report
Link Quote Reply

He just wants to make Canada look better than the US. Never mind that he praised Trump’s decision on the Keystone pipeline and eulogized Fidel Castro after the former dictator’s death…
Posted 4 years ago Report
Edited 4 years ago
Link Quote Reply

Sweet F.A.
With all the political or world news vents I’ve been seeing people make, I feel bad having to vent about something of a personal nature.
Posted 4 years ago Report
Link Quote Reply

fluffy sylveon
@TheHappySpaceman
Vent about whatever you need to. It’s the vent thread, after all.
Posted 4 years ago Report
Link Quote Reply

I recently agreed to play a show benefiting a local summer camp for children with autism. What’s more, this camp is named after a friend of mine who was murdered a few years ago, so naturally, I would want to play there. However, the organizer recently said that we would only be playing for ten minutes at the beginning and implied that I was only there as the token autistic musician. Ignoring that somewhat insulting last part–I want to be invited to places because people like my music, not because of my crappy condition–only ten minutes? It usually takes ten minutes to set up my equipment. If I’m going to play at a small event where I won’t even be paid, I should be allowed to play for more than ten minutes.

I didn’t know you had autism. My sister has autism.

So, wait, it’s specifically to benefit a summer camp for children with autism… and the one organizing the event literally only brought you there to have an autistic person there so they could look good to the people at the summer camp.

That’s… that’s all kinds of fucked up.

Also, I have Asperger’s (which is a type of autism), so I sympathize.
Posted 4 years ago Report
Edited 4 years ago
Link Quote Reply

Evil
Hell, I probably have autism of some sort, given how much trouble I have connecting socially. It’s not normal for a 37 year old man to not have any friends at all.
Posted 4 years ago Report
Link Quote Reply

@Nightweaver20xx
I’ll be 32 years old this year, and all of you kind folks are the only friends that I have. That and my parents I guess. :D
Posted 4 years ago Report
Link Quote Reply