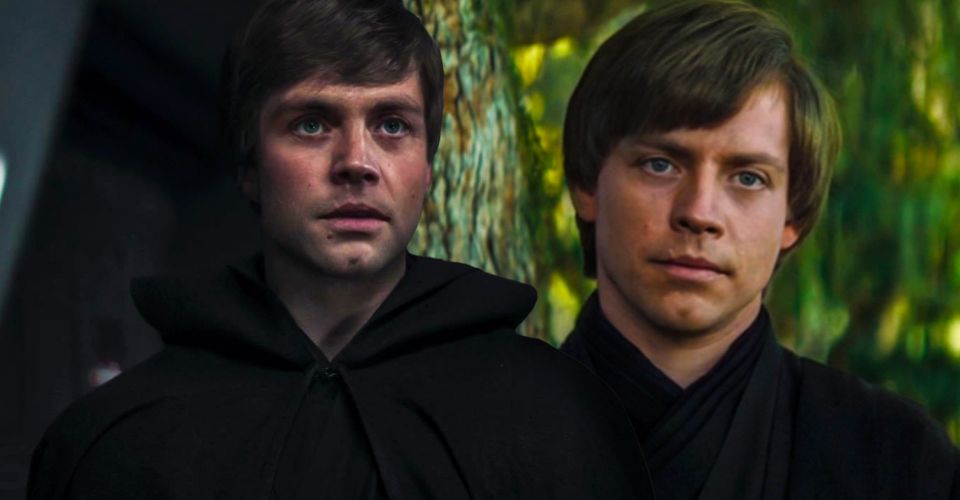 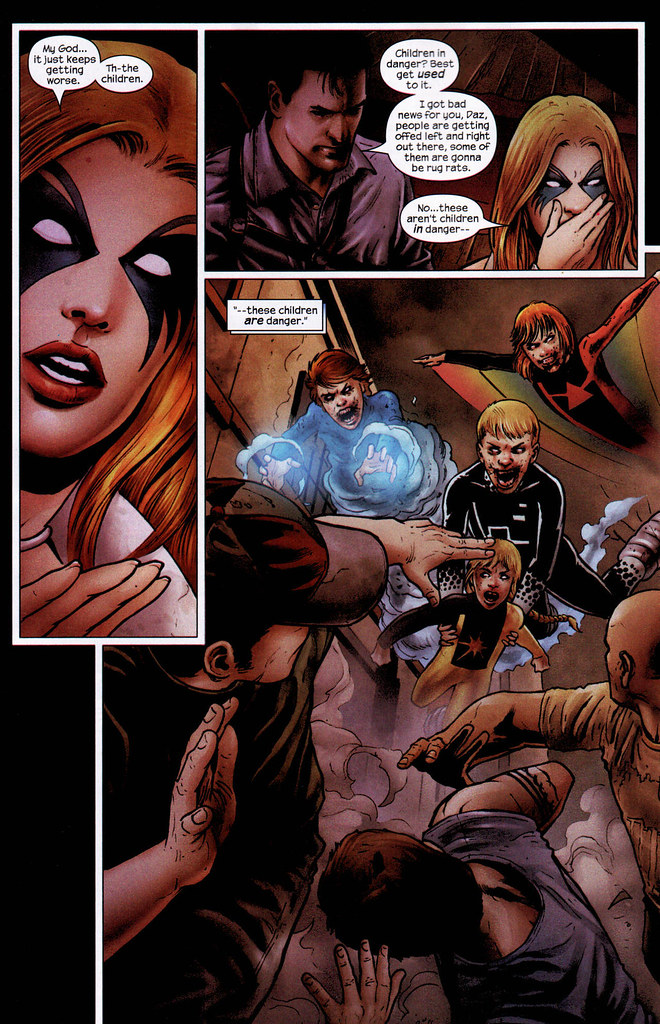 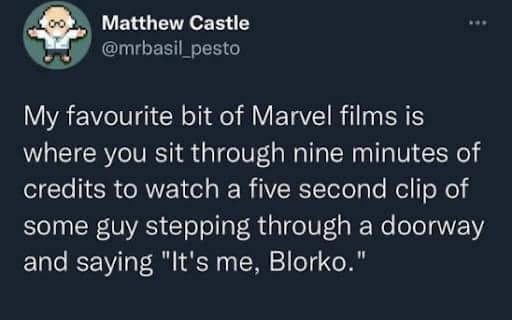 They sure do that evertime.
Posted 9 months ago Report
Link Quote Reply

I have a question about zombies.
There are two main types in pop fiction: Undead (as in, magically reainmated) and Infected (as in, caught virus)
With the Undead types I understand how they can go on without food or sustenance, and can walk around with missing vital organs for as long as the magic that holds them up is active. When the magic runs out or dispelled they’re corpse. Said magic also means you can have various kinds of zombies with inexplicable abilities and shapes because…magic–it don’t got to explain shit.
Posted 9 months ago Report
Link Quote Reply

Now the INFECTED type is what I absolutely despise, lore-wise. Especially ones in Resident Evil, Dying Light, L4D, Last of Us and other ‘sci fi zombie’ titles.
How the FUCK do they even survive for MONTHS post-infection if they didn’t sustain themselves? Think about this. Usually in these kinda stories, humanities are overrun and there are more zombies than there are people. Which means the majority of zombies WILL STARVE because there simply isn’t enough humans for every zombie.
Now, infected zombies are still living organisms, they’re not dead things held up by magic. They NEED sustenance. Furthermore HOW did they evolve into superhuman organisms that quickly? Also for big heavy zombies, WHERE do they get the mass needed to get that big that fast?!

@Lord WyrmSpawN
My question: Infected zombies are total bullshit but how come writers keep getting away with it?
Posted 9 months ago Report
Link Quote Reply

Broken Ball of 💽TM21
@tehwatever
Because no one questions or thinks about it very hard.
@tehwatever
Like, i could probably bullshit some answers for a few of those, given a few minutes. Like, the zombies aren’t feeding a functional human body anymore, they’re feeding the garden of viral pathogens keeping them up, and only enough to keep it moving and infecting. Same reason your gut bacteria gives your brain happy juice to eat what they want you to eat.
Like, if you ever saw Warm Bodies(think that was the name), they have a whole subset of zombies that have lost all their flesh, nothing but bones, but they move regardless. They have less than no need for food, and yet still the virus persists.
Posted 9 months ago Report
Link Quote Reply

Dogs
@tehwatever
With RE the zombification doesn’t even last that long. Each game takes place over a few hours or, in the case of 3, at most like 2 days. Long enough for starvation to start but not long enough to be crippling…you know, for the zombos that don’t get a bite on someone.
With L4D the Green Flu is a form of rabies. People are given bouts of extreme violent aggression but otherwise have enough cognitive function to eat any food they see. So there’s the reason they can be sustained for the week or so the games take place.
Last of Us uses fungi for its infection. I don’t recall if there’s any sciency explanation, but after a certain point the zombos stop being people and are just meat robots the mushrooms pilot. After that I’m pretty sure photosynthesis kicks in for how the cordyceps gain sustenance.
Posted 9 months ago Report
Link Quote Reply

@Dustcan
To be fair my biggest problem with RE zombies isn’t their longevity, because like you said the game takes place early on in the outbreak and in the series, every zombie outbreak are usually dealt very swiftly. My problem with RE zombies are their inexplicable ability to gain actual MASS without consumption. Unless you’re telling me these guys who usually stand 6 to 8 feet actually weigh a metric ton or something.
Protoype’s Alex Mercer actually does weigh like a truck. He’s six feet something but when he walks be breaks pavement, so he’s just really goddamn dense. RE characters who suddenly shape shift into kaiju sized monsters tho? IDK how that works and it’s bullshit. That’s just plain magic.
Okay I like the explanation for Green Flu. Also since it doesn’t take place “10 years post zombie apocalpyse” I can understand. What I don’t understand are special infected. HOW? When’d you have time to learn superhuman abilities?! Long tongues, parkour, giant upper body that would shame the biggest bodybuilders? No. I don’t like it.
Dying Light is so offensive to me ngl.
Posted 9 months ago Report
Link Quote Reply

Either way I really don’t like post-outbreak zombie stories where ppl do be living in post-apocalypse but the zombies are still around.
I’m more than happy with an explanation that implies that they DO need regular sustenance else they, like any other living organism, will die. So if these zombies cannibalize each other if they don’t have animals or humans nearby I’d believe it.
Posted 9 months ago Report
Link Quote Reply

Dogs
@tehwatever
In RE 90% of the time any significant size increase in creatures come from invertebrates. And off-screen, so one can assume they like cannibalized their own colony. When it comes to mammals they rarely grow any bigger; in cases like zombies turning into Lickers they actually lose body mass to fuel their mutations. Most of the other times they’re the result of explicit scientific experiments. There are a few exceptions to all the above, but almost invariably this is used to explain the various monsters’ voracious appetites.
In L4D the only explanation we get is that the Green Flu mutates so rapidly and unpredictably that even CEDA has practically given up trying to figure it out. Which is less an explanation and more an acknowledgement that it’s not supposed to make sense. In any cases the Smokers’ “tongue” is hinted to be their intestines, which kinda explains the length.
Posted 9 months ago Report
Link Quote Reply

@Dustcan
Okay so basically they’re just a hive mind colony controlled by the transformed individual more or less?
What about bulky monsters tho? Ppl in RE who grow functional, lethal limbs or shield mere moments after infection? I hate it. Imma just assume these Las Plagas villagers actually walk around at 250 lbs despite standing about as tall as Leon on average.
Same reason I hate the Xenomorph’s ability to grow into a seven feet 300lbs monster in the first Alien, within hours.
Posted 9 months ago Report
Link Quote Reply

Dogs
@tehwatever
No? The giant insects are more of a case where the colony gets infected then goes on a cannibalistic feeding frenzy until there’s only one left.
Surprisingly few creatures actually grow limbs onscreen. Most of the ones that do are G Virus infected (or C virus…which is made with the G virus), and Golgotha rather implicitly uses cancer to fuel it’s growth. So there’s a tiny bit of a scientific explanation for it, even if the conservation of mass is still broken.
In the case of the Las Plagas the infected do eat. A lot. You frequently find the pantries of the victims ransacked or evidence of even spoiled food eaten. So Plagas hosts are constantly eating to fuel any transformations they go through.
Posted 9 months ago Report
Link Quote Reply