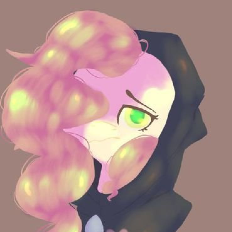 The polar ice caps are melting due to climate change, as well.

WWIII is about to start presumably. We're gonna get nuked :')


@That1GuyGAMER18
I guessed it was gonna be shit the moment we started. Everyone predicted we'd die in 2020. There's many reasons why we would. It's why i can't stand society. Nobody gives a fuck. https://www.theclever.com/15-ways-the-world-will-end-by-2020/ so m a n y . I hear about shootings on the news every fucking day.
Posted 5 months ago Report
Link Quote Reply
Background Pony #6048
@Shylover
i feel like theres something major about to happen. vibes are telling me somethings off. you're probably picking up on it.
Posted 5 months ago Report
Link Quote Reply
KolpSlack

My life is empty. 😭
NO! MY WORST FEAR IS HAPPENING! NOOO!
😭💔
Posted 5 months ago Report
Link Quote Reply

That1GuyGAMER18
Is it really gay?
@Moodibear <3
I don't mean to be the devil's advocate on the whole WWIII thing but politically (and for everyone else's sake, I'll keep it brief) speaking, a third World War, specifically concerning the mediocre country of Iran is highly unlikely. The odds of a country as small as that firing a nuclear weapon or a Intercontinental Missile at all would be complete suicide on their part.

I presume that we'd all be fine, it's just a meme.
Posted 5 months ago Report
Link Quote Reply

Writer and Voice actor!
@That1GuyGAMER18
I sure hope so.
Posted 5 months ago Report
Link Quote Reply

That1GuyGAMER18
Is it really gay?
@Background Pony #434A
Not in our lifetimes, a World War requires two "superpower" countries. Most American conflicts right now are with little Middle Eastern countries.

But Russia on the other hand…

That1GuyGAMER18
Is it really gay?
@Background Pony #434A
The Chinese are bogged down by a shit ton of tariffs they will too busy trying to pick up the pieces of their shattered economy.

Twily 💜
Had A Panic Attack Recently

That1GuyGAMER18
Is it really gay?
@KolpSlack
What makes you think that?
Posted 5 months ago Report
Link Quote Reply
KolpSlack

Reborn Reject
@That1GuyGAMER18
No-one ever listens to a word I say or take anything I do or say into consideration.
I want to die.

Reborn Reject
@Moodibear <3
What is on your mind?
Posted 5 months ago Report
Link Quote Reply

i was fucking BAWLING my eyes out. I was upset because my teachers were being huge assholes today. I was working hard and trying my best but i just wasn't enough. Im never enough…ever. I got 0s on my school's point sheet, even though i did my work. From now on i'll have to sit in front of the class or next to the people who do the point sheets. I STILL manage to do my work, even though i wanna fucking die. Cut me some slack… Anyways, also, for those of friends who know a student named, Nathan, Threatened me in school last week. Well, i was was called to go home, and NOBODY let me go. I went back to go to homeroom and NATHAN fucking comes out in the hall when i'm not supposed to be around him and he fucking hurt my fucking feelings!!
HE CAME OUTSIDE IN THE HALLWAY WHERE I WAS AND HE POKED HIS FACE OUT AT ME AND MADE A UGLY FACE AND GESTURE THAT MADE ME TRULY SICK and the way he acted toward me made me highly upset. Even worse, i tried to talk to my friend about it for some support and he just fucking went past me saying, "No." Like wtf…Then i went to class, distraught and yelled that i'm not allowed to see him and they IGNORED ME. I kept saying, "They called me to go to the front!!!" Then fucking finally, they let me go. But of fucking course Mr.Armfeild had to come too. He was being a fucking asshole! I came in to see my grandpa and i was literally CRYING and he had nothing but disappointment in store for me. I tried to tell them but they told me to quiet down, so APPARENTLY…IM NOT EVEN ALLOWED TO FUCKING SPEAK. Mr armfeild fucking blew it off like it was nothing like,
"I don't know what she's talking about." AND IT REALLY FUCKING PISSED ME OFF. I went home SOBBING and my grandpa was just being a HUGE asshole too! He was ignoring me when all i wanted was some fucking support but apparently i cant have the comfort i need to feel better. You know why?! Cause according to him, "At the end of the day, NOBODY gives a damn about how you feel." At that point, my main objective was to get home. I WANTED to snuggle my fucking cousin and when i got there, SHE WAS A BITCH TOO. She didn't even cuddle me back or talk to me. She just saw the point sheet and was a total bitch and i told her what happened and she acted like the whole, "Nathan bit" Was covering up that i was doing my damn work!! ITS ALL ABOUT THE DAMN WORK!!!! AND HER BOYFRIEND WAS AN ASSHOLE. Of course he wouldn't support me! He was annoyed by my problems, playing his trash fortnite on his Ps4, rolling his eyes and sighing, like gtfo & gfys you bitch!! I am emotionally stressed. I had nothing to do because they decided to take the computer for the whole day so i had nothing to do but sleep. just sleep. But even still i wake up and i wanna die. i wanna fucking die. I just wanna fucking die…i'm sorry…It's just that i really feel everyone is tired of me….