@tehwatever
It is why I strongly feel that my purpose in life is just to further these groups and individuals to an even higher disposition.

Even the rich and famous are miserable too. At least they’ll be known for their misery. They’ll never be alone being bombarded by the wild acts of human nature, not even in their cold graves.
Posted 2 years ago Report
Link Quote Reply
TempFizzle

It’s no surprise that users here wish death upon those who are depressed and cuddle into a cool kid group like some gang war.

Oh, but friendship and all the elements are magic huh? I should find a new hobby.
Posted 2 years ago Report
Link Quote Reply

@TempFizzle
what? what kind of mean bully mentality is that? why would anyone here wish death upon the lost and depressed, and join the cool kids?

Did I accidentally join the cool kids gang without me knowing? How do I unsub?
Posted 2 years ago Report
Link Quote Reply
TempFizzle

@tehwatever
Are you trying to troll? Making fun is just the same.
Posted 2 years ago Report
Link Quote Reply

@tehwatever
Making fun of the fact that people on this site wish for those who suffer from depression to end their life just because they find them weak or “annoying” as I once heard.

It reminds me of the callous people I put up with in school and the reason why schools are being shot up so frequently; because of the willingness and acceptance it is to say such things as if life doesn’t matter to those who suffer something they can’t keep under control as opposed to those who live a healthy mental life or actually get constant support and/or real love.

That’s just 2019 for us all. I suppose the world is too crowded and we just get sick of being around people out of being unwilling to accept differences. Instead we find similarities, create a gang and anyone else not in it is an enemy.

As for the trolling part, you mentioned unsubbing, which I took as something obvious. I’m just as lost as you because I don’t understand what you’re trying to say. (Such as actually knowing it happens and saying “what of it?” or truly not seeing it like I have)
Posted 2 years ago Report
Edited 2 years ago
Link Quote Reply

people on this site wish for those who suffer from depression to end their life just because they find them weak or “annoying” as I once heard.

This I seriously don’t know about. That’s a really shitty thing to do and I genuinely thought people in here are at least much better than that.

which is why I’m asking you if I’ve accidentally done that shitty thing and if I have, I want someone to call me out on it so I won’t do it ever again.

@tehwatever
If you weren’t trolling then no. Yes it’s true. That is just how some people are.

No wonder I’d love to live in another country with a different way of living and never worry about people online because I’d have real family and friends to love. There are sites with actual death photos and videos and the comment section just proves what humanity is really like. Even the anime Death Note gives the idea that anonymously stating others should die is one strategy we humans do in order to not feel at blame.
Posted 2 years ago Report
Edited 2 years ago
Link Quote Reply

the Barbarian.
@tehwatever
We’re here trying to prevent this from happening!

We protect the weak and help them grow stronger.

@Badheart
So you’re either saying you’re better than them or that you’re also weak trying to help other weak people? Also that’s a label I find offensive unless it’s me calling myself that. We all suffer differently. Some worse than others.

How do you exactly help others grow stronger? Are you just wanting credit or what?
Posted 2 years ago Report
Link Quote Reply

the Barbarian.
@TempFizzle
Only you think you’re weak.

I don’t give a fuck about credit, I’m alive and this is my life.
Posted 2 years ago Report
Link Quote Reply

the Barbarian.
I would like to die knowing I’ve helped people and one man’s life mattered.
Posted 2 years ago Report
Link Quote Reply
TempFizzle

@Badheart
I tell the truth. How the hell am I not weak when I pretty much don’t mean shit to any soul on this site? The opposite being content with ones solitude or being accepted enough to have company. Either one does not apply to me.

The only time someone cares is if said person matters to them or would miss their presence should they leave. People have hated me so hard in life that my nature is just to resent everyone and trust no one. So I’m weak.

the Barbarian.
@TempFizzle
Despite all the hatred you’ve endured you hold your ground and keep living.

That is what makes you strong.

There’s people who are giving up and they need our help. I believe that little by little, we can make life worth living.


I had two cousins, one got treated like crap as a kid and went far in life. The other was the favorite and now he’s gone.
Posted 2 years ago Report
Link Quote Reply 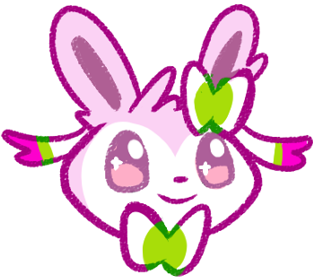 I’m just here to live until I eventually die without the love and happiness part. I see myself compared to others and nothing relates. I’m just so ready to cash the fuck out, waiting for my mental state to completely collapse.
Posted 2 years ago Report
Link Quote Reply

[screams in German]
I won’t commit suicide ever, because I’d hate myself if I ever did or even attempted to.

I’ve got too much pride.

I predict in 10 years or less (but no more than 20) I will be so fed up and take the easy way out. I’m already so fucking done with people and their ways that I can’t really enjoy my solitude because I’m forced into society to work and go to sleep.
Posted 2 years ago Report
Link Quote Reply

@TempFizzle
What if you go totally anti-society and decide NOT to work corporate jobs? Quit a job, move to a different place, work odd jobs to fund your adventures? I hear eastern europe has beautiful scenery and beautiful men and women. They might even want to get hitched with americans.
…
Well, take it easy my bru. I don’t think it’s your time to check out just yet. I pray that something good goes your way. Hope you’re okay.

@tehwatever
It’s not about jobs, I’m perfectly fine with doing my job until I’m dead, it’s the culture I’m living in. This whole conciousness shit.

You think I can just uproot myself and move, just like that and all will be fine? The more I think that people will be people, the more it becomes true. Doesn’t matter where you’re from, there’s going to be something about people I will always despise. Always willing to be cruel and deceitful to prove dominance and destroy in their favor, even if it means taking someone out. All of them are. No one is good in this life. At least I’ll tell people I hate their fucking face instead of bullshitting all the time.

@TempFizzle
Well. I hope someone else can share your sentiment. You seem like a decent person with a conscience. You complain about ppl being deceitful and opportunistic. That’s a good sign.

Also no. Moving someplace new isn’t guaranteed to solve your problem. If anything it gives you NEW problems.
Posted 2 years ago Report
Link Quote Reply
TempFizzle

@tehwatever
People that say they hope really means they have nothing to say. And I’ve heard that a shit ton of times.
Posted 2 years ago Report
Link Quote Reply

@TempFizzle
Pretty much. You know how this works by now.

I have quite many things to say but I dont wanna. I want to keep things secular and dont want to bring religious bs into this discussion.
Posted 2 years ago Report
Link Quote Reply
Interested in advertising on Derpibooru? Click here for information!