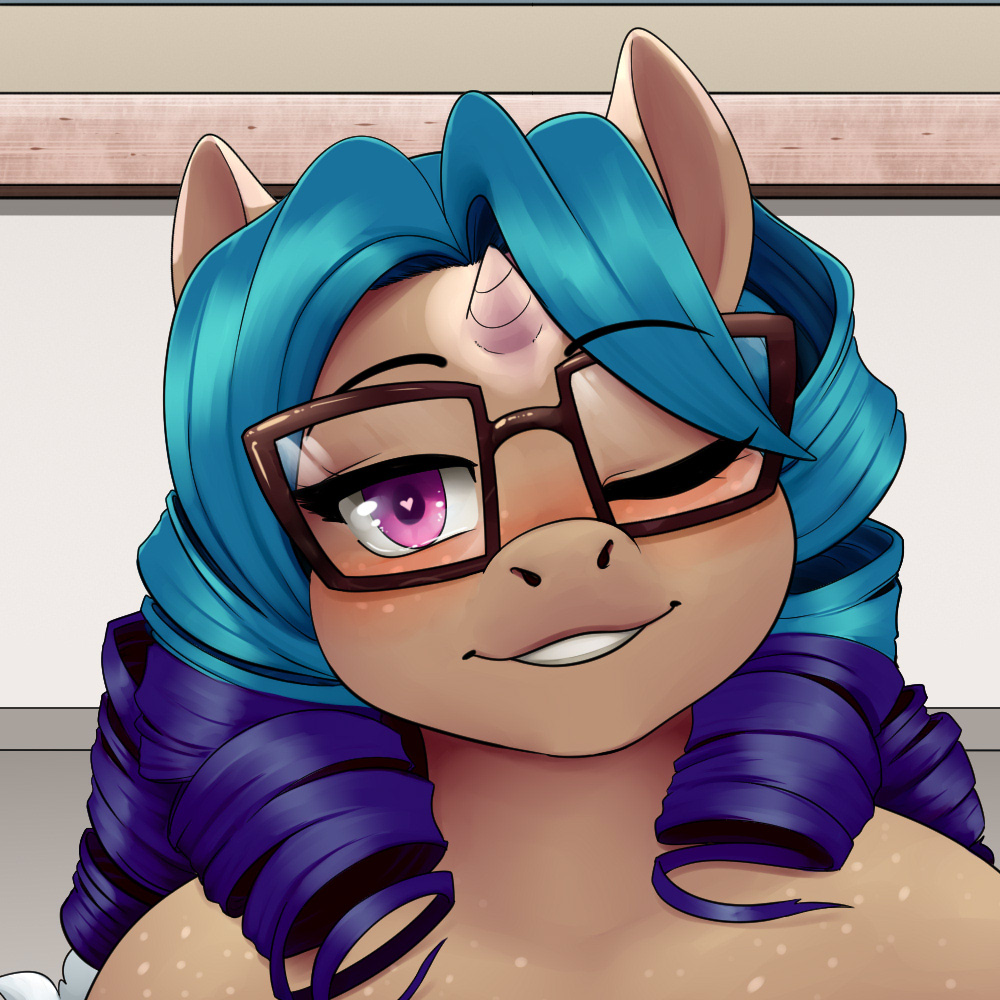 Bonafide Ponified Artist
This is for folks who are experienced with producing pony comics and other content on Patreon.

What do I need to watch for re: copyright if I were to sayyyyyy publish a comic over yonder?

Things I've been considering with this question:
- Do I need to change their names?
- I'm planning on altering the canon, this will be an AU.
- The characters will be anthro, so I won't have to worry, necessarily, about the designs being in violation.
- I'm aware I can't use the official logos, so don't sweat that.

Any help on this will be appreciated.
Posted 2 months ago Report
Link Quote Reply

Moderator
友情は魔法だ🧚
Hasbro can be very easy to approach with these kinds of questions. It can be as simple as asking them for a Permission To Use — Just fill out this form and then email it to permissions@hasbro.com.

The trick is that you need to present them a mockup of the proposed book.

I talked with one of their stable (their enormous, impressive, seemingly endless stable) of freelance lawyers (whose work depends on finding something they can sue someone for) and their advice was to proceed with the project until I have a mockup ready to send to Hasbro, then send it. If Hasbro says "no" then I know that I have to change the names and places to 'protect the innocent'.

At worse, you might have to change the names, so try to make sure you keep your text in a separate layer so you can go through it quickly if you need to change anything.

One nice thing about all of this is that Hasbro is SO MUCH NICER than any other corporation you might do this with. Disney will tell you how many millions you have to pay them. Warner Brothers will ignore you but you'll feel like they're watching you for the rest of your life.

But Hasbro will send you a really nice letter either way. They're really great to work with for this kind of stuff.

PS: Depending on your work and how well the work you are doing fits Hasbro's goals, the response might include "We'd like to publish this ourselves" at which point you're basically golden. To be honest, that's kind of what is making me be so careful about finishing the mockup. Their response was so much of a 'maybe' and included questions about potential publishers that I want to make sure each card is perfect.

Hasbro is … really … shockingly easy to work with for these kinds of things. So, create a mockup of your work (which, really, could just be the first third of pages penciled, 3 pages of finished inks and color, and a script for the whole work plus your 'elevator speech' — the requirement is just for a storyboard/mockup and synopsis — but more is always better if you have it prepared) and send them an email :)
Posted 2 months ago Report
Edited 2 months ago
Link Quote Reply

Bonafide Ponified Artist
@Ciaran
Well, I'm actually really surprised and impressed to hear that. I always figured them for the same soulless corporate schlock every other media giant is.

That said, I sincerely doubt they'll jump on-board with what I've got brewing. It's pretty adult. Ah well. Thanks for the advice! If I wind up feeling any trepidation I'll just jump straight to changing the names and call it good.

Moderator
友情は魔法だ🧚
@Epic Hoagie
Yeah, odds are if it's adult they won't want any part of it. But, if you know you want to avoid any 'imperial entanglements' from the start, just using 'sound alike' names might not be a bad idea.

These really are good questions to be asking.
Posted 2 months ago Report
Link Quote Reply

Bonafide Ponified Artist
@Ciaran
I'm glad you think so! And thanks for the advice :) Best of luck with your tarot deck. I'm sure it's gonna be awesome!
Posted 2 months ago Report
Link Quote Reply
Interested in advertising on Derpibooru? Click here for information!