Lady of Ships and Birbs
There’s already a thread here where people post and talk about MLP OCs, be it their own or someone else’s. So I figured why not here with other fandoms?

The rules for this thread are the same as the other one so I’ll basically just copy paste what AnonShy wrote down for hers:

“This is a thread dedicated to share OCs, ideas, discuss, constructive criticism, or whatever you want related to OCs as long as it is SFW (if it’s NSFW, spoiler it) and respect the rules of the site.
You don’t necessary need to be an artist or have an OC to participate, maybe you could just simply share a design that you like, or make a random comment. You decide what you want: the topic is unspecific.”

An additional rule I have for this thread is since this thread can be for any non-MLP OC, be sure to clarify what fandom this OC is from. People may not be familiar with the fandoms you like so name dropping as well as talking about the specific fandom the OC is in can help.
Posted 4 years ago Report
Link Quote Reply

Sleep isn't real.
Believe it or not, Binky wasn’t originally an MLP OC. Starting off as a feral cat OC in 2015, I use Binky as a multifandom character. I haven’t drawn her in the Rayman fandom form, but here is what her original and Furry forms are. 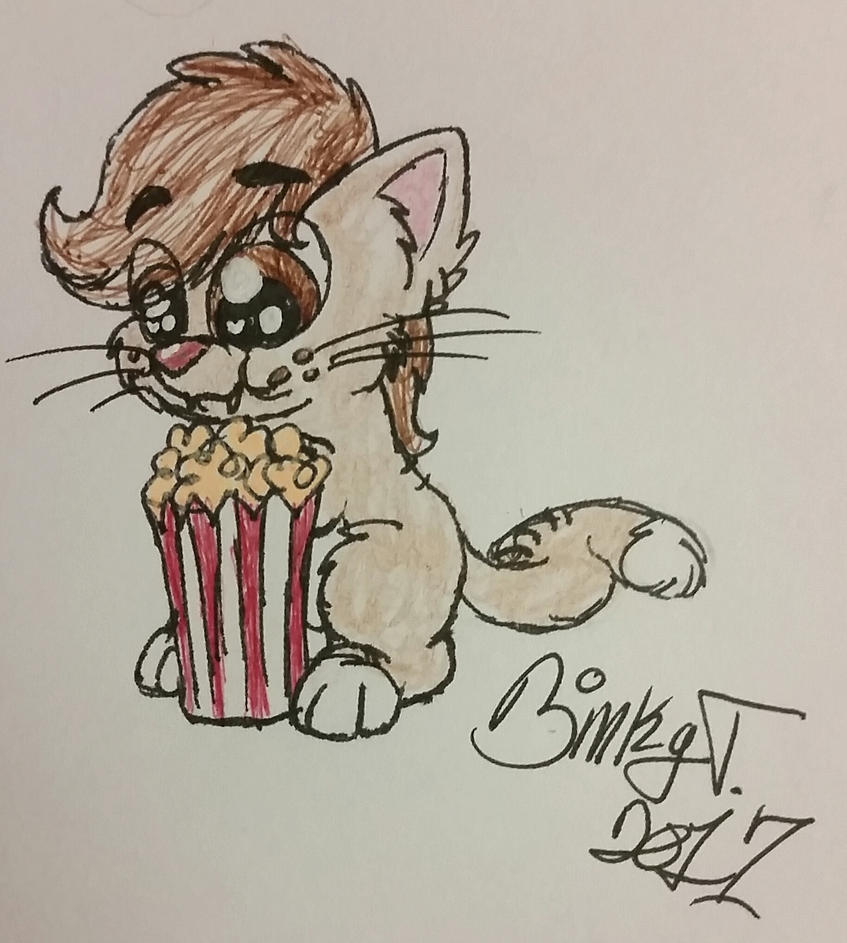 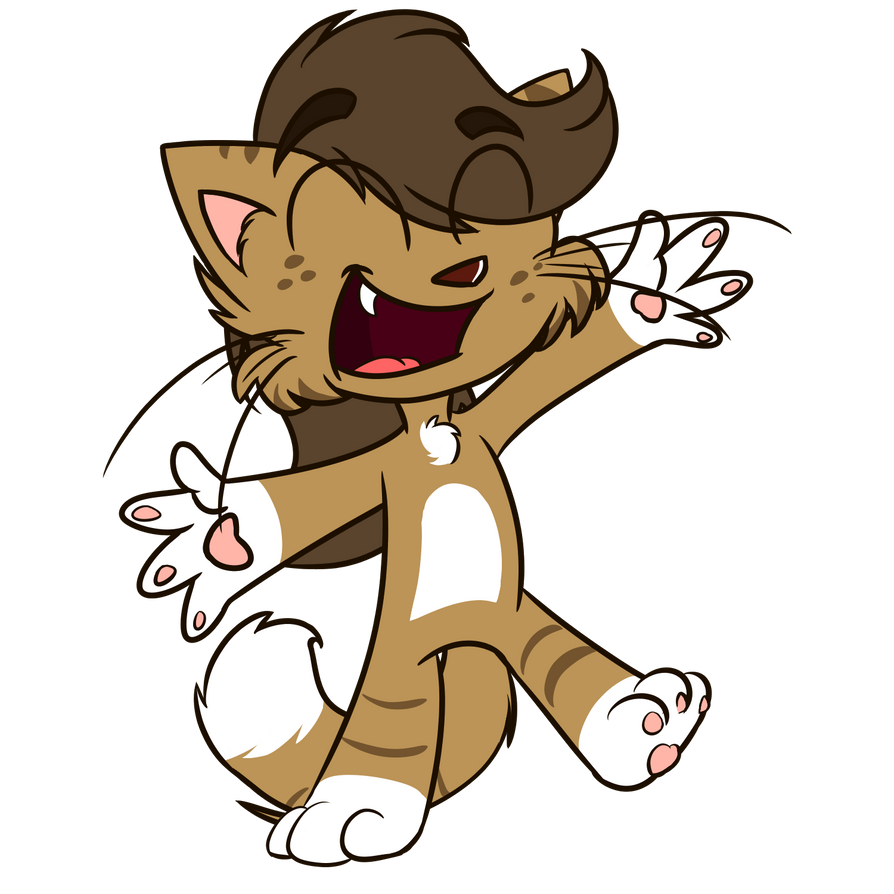 I even allude to this in pony Binky’s bio under her tag.

Binky T. (Mostly just referred to as Binky) is a ponification of her owner’s main OC of the same name.

Sleep isn't real.
@mjangelvortex
I remember when I first designed her back in 2015, it was cringy as shit. If you look back on Binky’s old cutie mark. That was originally on cat Binky the exact sa me way. God I don’t know what I was thinking.

Anywho, than you! An interesting tidbit only one person got was that her design is very loosely based off of two of my own cats.

Edit:
One of said cats here.

Lady of Ships and Birbs
@Binkyt11
The puzzle heart? Yeah it’s kinda odd to put that on a cat but it’s harmless in the end of the day. You may have gotten that idea from MLP (they did have cutie marks in the older Gens, even on non-ponies) or The Care Bears or something along those lines. That being said, I think the design would make for a cute tag if her cat counterpart had a collar.

Your pet cat’s adorable too. I can’t blame you for wanting to make a character based off of your pets. I kinda did the same with my late dog a few times (two of which were a Growlithe and Vaporeon for Pokemon and another was an Ewok for Star Wars). 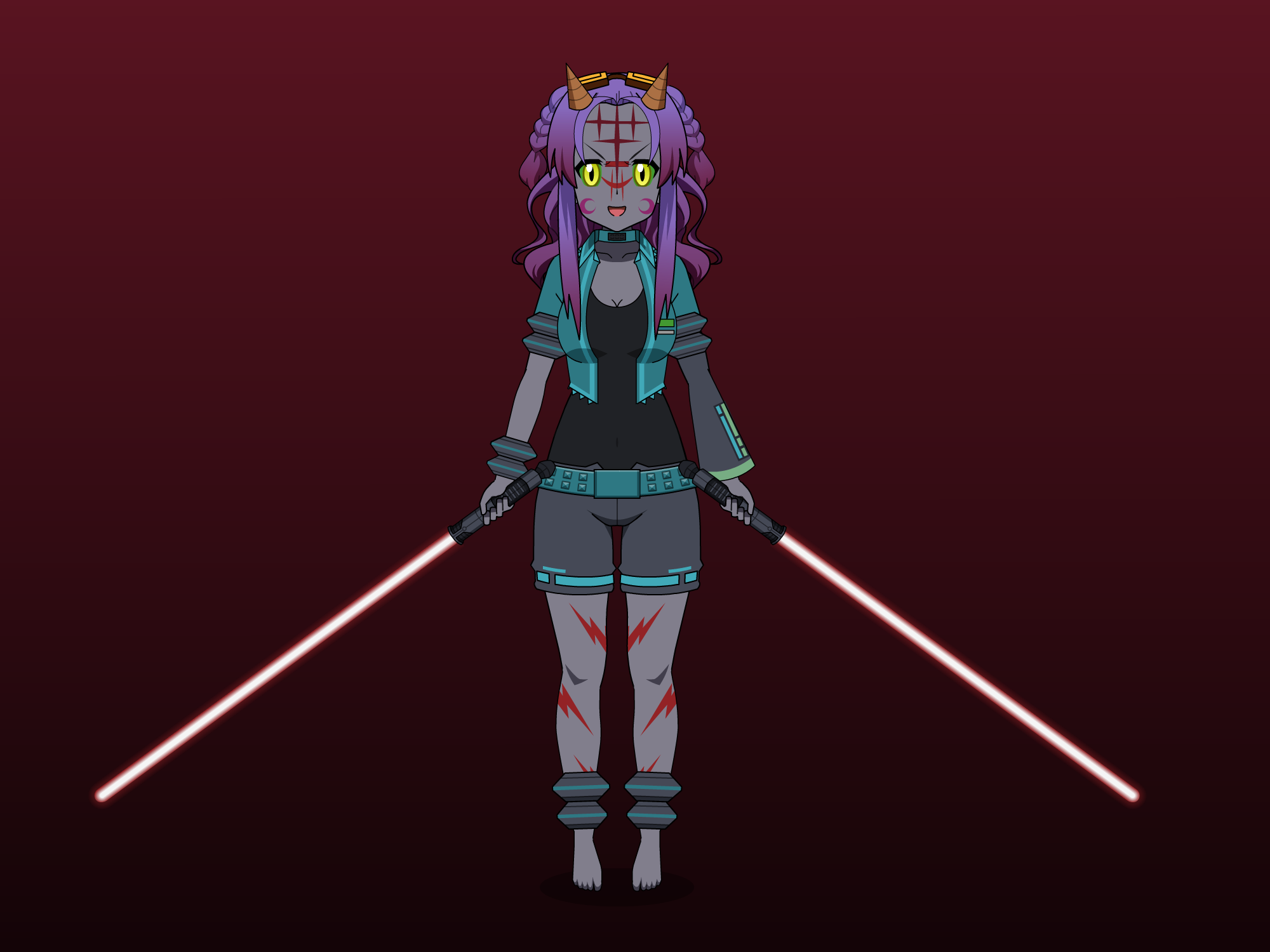 My alien oc, Leokah (she’s not part of any existing fandom, just a oc I made at random).

short version of her backstory is that she comes from a planet that is know for having very fierce warriors, and the part she is living in is currently under a civil war between two very large tribes, and she is stuck in the middle of it (one side wants to get the rest of the tibes on the planet to be ruled by them, the other wants to wipe out all the other tribes to make them the only tribe left).

She would later end up captured by slavers after most of her village was attacked, and was forced to serve under the brutal rule of a slaver gang, until she was eventually freed by a bounty hunter hired to kill the slavers.
Since her race have a very high sense of loalty, they have a sort of “blood oath” to tohers (basically, if someone saves them form dying, they becoe loyal to them, out of respect for it. Rejecting this is very much frowned upon, and has even resulted in death to a few that refused to follow this). She is now the partner of the bounty hunter (both professionally and romantically).

Her skills is that she is very agile and strong, and knows how to use a wide variety of wepaons, such as blades, blunt objects, guns (both laser wepaons, and more convensional lead based wepaons), explosives, and is also trained in unarmedcombat and martial arts.
Posted 4 years ago Report
Edited 4 years ago
Link Quote Reply

Lady of Ships and Birbs
@ice1517
She may be a random OC but you can easily tweak her for some sci-fi or spade opera related fandoms (like Star Wars for example).

@Extre-Vile
You can show them here.

Ocs,Boops,Tickles&Memes
@mjangelvortex
I guess I could, but IDK if I could fit her in well enough X)

What od you think of her btw?
Posted 4 years ago Report
Link Quote Reply

Lady of Ships and Birbs
@ice1517
You could. That why I brought up a bit of tweaking to have her fit in there. And I like her.
Posted 4 years ago Report
Link Quote Reply

I might try and do that, but the setting I made her for seems like it would be too vastly different from things like Star Wars, and it would mean a lot of heavy tweaking and such to try and make her “lore” friendly.

(Altouhg funnily enough, antoher one of my friends on DA said that she seems like she would be able to fit right inot a star wars story too XD)
Posted 4 years ago Report
Link Quote Reply

Lady of Ships and Birbs
@ice1517
You could do what Binky did with their OC and have your cake and eat it too so to speak. Keep this original version for anything you might want to do with her and make a Star Wars version of her with a similar but a different “lore” friendly backstory.

I could even give you some suggestions.
Posted 4 years ago Report
Link Quote Reply

What suggestions do you have?
Posted 4 years ago Report
Link Quote Reply

Stay Strong
Do guys like OCs with a Complex design or a Simplified design?
Posted 4 years ago Report
Link Quote Reply

I try to keep them simple.

Lady of Ships and Birbs
@Extre-Vile
It really depends on the artist drawing them. I like simplified designs but some artists can make more detailed designs look really good. As for me, I try to keep mine simple.

@ice1517
The first suggestion would be possibly making her a Togruta (or alternatively a Twi’lek). The reasons why I chose them is because some of them do have purple as their skin tone. Also with Togrutas, the lekku they have on their heads look similar to horns and they usually have markings and tattoos on their faces and bodies like your OC does. Likewise the two races have canonically been used as slaves before (there was even a Clone Wars episode about Anakin and Ahsoka freeing some Togruta slaves).

The second suggestion would be is possibly making her a smuggler akin to Han Solo (not personality wise or anything, just as an occupation). It could be how she gets her weapons and learns how to use them and it could also be how she meets her Bounty Hunter partner.

Now that I think about it, maybe she could be the same race as Darth Maul? (I forgot their name). Because they have horns, and I think I remember reading that the markings all over their body are actually tattoos.
Posted 4 years ago Report
Link Quote Reply

Lady of Ships and Birbs
@ice1517
A Zabrak? Yeah, I can see her being one of those too for those reasons you mentioned.
Posted 4 years ago Report
Link Quote Reply

Ocs,Boops,Tickles&Memes
@mjangelvortex
Yeah them. I think she could work as one of them ^^
Posted 4 years ago Report
Link Quote Reply

Lady of Ships and Birbs
@ice1517
I think you should too. Unlike Togrutas and Twi’leks, they can also have hair so you can even give her a hairstyle somewhat similar to the one she has now.

Ocs,Boops,Tickles&Memes
@mjangelvortex
I think I might make her that then ^^

As for the bounty Hunter, yeah help would be nice.

Lady of Ships and Birbs
@ice1517
Sounds good to me.

Okay. I have a few questions though (which might help me with giving you some suggestions for the OC). Do you have any ideas for a backstory or personality for this Bounty Hunter OC? Also are they male, female, or non-binary?
Posted 4 years ago Report
Link Quote Reply

He’s a human male (but non-binary could work, I could say that he’s from a race of genderless aliens who just happens to prefer male prpnouns). From a city planet like Courassnt. Family history of being in the military (father was rx-special forces, mother was a pilot).

Spent about 5-6 years in the military (to explain why he is skilled to use a lot of wrapobs).

As for his “morality” when it comes to his job. He dosent really care much about politics or who is the “good” or “bad” guy in a conflict, he only cares if they pay him enough. Has taken jobs for armies, politicians, gangsters/Mafias, and other such groups. Doesn’t do a lot of work for terrorist groups (both because he finds the stuff a lot of them do disgusting, and the fact that a lot of terrorist groups he used to take jobs for have slipped out on giving him a payday). Also not fond of slavers especially once Leokah joined him. He also takes jobs for things like assassinations and sabotage.

Has a code about not harming children or innocent civilians. Not afraid to play dirty (like taking out a boy th while he is unarmed and defenceless instead of giving them a fair foght), and is also know to resort to act like The Punisher if someone really pissed him off.

Prefers to work alone, but doesn’t have a problem with being in a team of it means getting the job done faster.

What do you think?
Posted 4 years ago Report
Link Quote Reply

Lady of Ships and Birbs
@ice1517
I think he sounds pretty cool. I like the idea of him being a human male.
Posted 4 years ago Report
Link Quote Reply
Interested in advertising on Derpibooru? Click here for information!