AimingToPlease,OftenMiss
This thread is for the artists who frequent the booru, for sharing ideas which one or more of those artists may draw, and discussions which don’t belong in the comments sections of the images.

The thread may also be used to link images to other group members if they are likely to be interested, or for drawing attention to something you’ve uploaded.

New artists are always welcome here, regardless of skill level.

aka Summersong
Sounds neat, but I don’t quite understand how to participate.
Posted 6 years ago Report
Link Quote Reply
Mrmildock

AimingToPlease,OftenMiss
Okay, first on my own agenda here is a comic strip story I was thinking of doing, but I want ideas from other people to do it.

The story is a ‘Dazzlings Return’ story. I have several ideas, but some clash, and I also need ideas to bulk the story out.

The Dazzlings have regained much of their singing ability, through practice and perseverance. This means they no longer need their gems to sing. However, they don’t have their powers, thanks to the destruction of their crystals.

First scene would be a discussion over a table. Darkened room with a light over the table, can’t see who’s talking.
The basic premise is that Adagio and co. will use a second ‘magic capture device’ (Sci Twi’s invention in Friendship Games, basically that she made two, and the duplicate was kept in her lab room). This will be used to regain a tiny bit of their power.

First problem. Do I have the figure on the other side of the table hand the Dazzlings the device, or do I have them receive information as to the device’s whereabouts? If they get the device straight away, I can have them move on to their next destination, (Crystal Prep, seeing as they’re known at Canterlot High).
If they get a tip off as to where to get the device, I could then do a section where they’re trying to break in to the relevant room to snatch the device.

AimingToPlease,OftenMiss
@Lucky Shot
Just offer ideas, talk to people who post etc. The reason I started this was to avoid cluttering up the comments sections of the images we’d uploaded with chatting. (If/when BlazingDazzlingDusk joins in here, you’ll know what I mean).
A few of us got told we could face a ban if we continued to use comments sections for chatting, and that this is what the forums were for. Hence this thread.
Posted 6 years ago Report
Link Quote Reply

Should prove amusing if I can get it right.
Posted 6 years ago Report
Link Quote Reply

aka Summersong
Okay so back in season 1 (so what 2010?) I was already bitching about lore expansions the show was doing that I didn’t find a good use of potential, and planning out an alternate history that addressed it by… uh, kind of going way way too far past “potential” and into “wild transformation”. I had so much ridiculously needless depth added to the characters before season 2 even aired and now that we’re at 6 seasons I could probably write a twelve-part epic.

Not that I should, because this project was already far too much investment and ambition for what it was, hence why I dropped it. Well that and I got baby mad at a cartoon show for little girls.

Anyway. Since it had combat / was an action RPG, I needed the characters to use weapons, wear cool outfits, and be cute/hot waifus – so they pretty much had to be anthropomorphic. Ah well.

Also my hard drive corrupted and I wasn’t able to finish some of these images.

(This isn’t the entire set, since most of them are scraps. The scraps are available on Inkbunny and should be Guest-visible if you turn Mature content on.)

This Pinkie one was done way later (the original 2010-ish one suxx’d) and not really for this project specifically, and none of them seem to have hooves because I apparently still hated those in ~2010.

I’ve been thinking maybe after I clear off my art plate a bit more I might want to go back and redo these designs – and uh reduce the bust sizes – regardless of whether or not I actually return to this project. It quickly became too much investment for a fan work and I highly doubt I could convince Hasbro to license what I have in mind (please note Hasbro’s official web site lets pretty much anyone submit a license application.)

I won’t mention this project’s name on the very remote chance I pick it back up, because if enough people call it by name, Hasbro would be forced to shut it down. But the name is mega metal so there. Also I probably already mentioned it on Inkbunny and/or Tumblr so neglecting to do so here is completely pointless.
Posted 6 years ago Report
Link Quote Reply
EddersCPFC
It’s nice to be in this group! =) I’m currently finishing two pictures, one is of Lightning Dust, and the other is a St. Patrick’s day themed picture of Lyra =)
Posted 6 years ago Report
Link Quote Reply

AimingToPlease,OftenMiss
@Lucky Shot
Some nice work there, although I must admit Pinkie and Rarity there are a little top-heavy.
Spike looks a lot more… finished.

Well, best of luck with the project there.
As an old fan of some RPG games which allow you to use multiple characters, (Shining Force and Grandia immediately spring to mind), this sounds like it could be fun if done right.

Top-heavy is a good word for it yes. Fortunately I didn’t get to designing Celestia! Oh ho ho!
Posted 6 years ago Report
Link Quote Reply
Mrmildock

I actually am going to work on 2 projects

1.Im working on request for somebody first.

2.I have this idea for a small skit involving Sour Sweet and a Dilophosaurus.
Posted 6 years ago Report
Link Quote Reply

AimingToPlease,OftenMiss
Well, my Sonata triplicate pic doesn’t look too bad at the moment. I’m going to have to finish it tomorrow though. It’s just gone past 2:30am here in the UK, and I’ve got work in the morning.

This evening’s upload seems to have done okay though, so far. Just a single downvote, which seems to be normal here. There’s always one isn’t there.

ᗡ: 📶 📡
Well this is exactly what I’ve been looking for!
Well, I’ll certainly try my hardest to behave myself. It’s just… I have needs and sometimes mpreg or tentacles just… get… posted.
I’ll be good ;D
Posted 6 years ago Report
Link Quote Reply 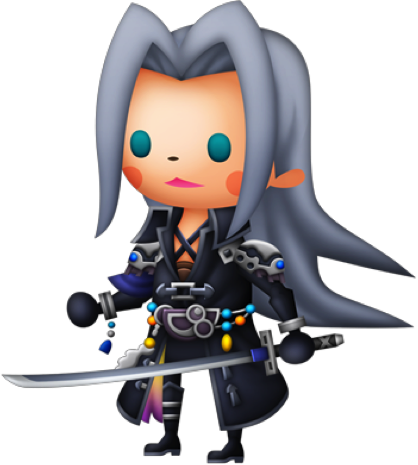 @40kponyguy
I am looking forward to seeing that Dazzlings return comic and your recent upload was hilarious! I love Adagio’s pyjamas. :)


@EddersCPFC
I especially like the sound of the St. Patrick’s Day Lyra, looking forward to seeing them if you decide to link them here. :)


@Mrmildock
Looking forward to seeing that request and I am veey excited for the skit involving the Dilphosour! :)


@Lucky Shot
Welcome! Very nice drawing of Spike! Really not a fan of anything suggestive or innapropriate at all, so I won’t be looking at the rest, but keep up the good work! :)
Posted 6 years ago Report
Edited 6 years ago
Link Quote Reply

@BlazingDazzlingDusk
Wow! That’s quite a list there. You got yourself pretty busy
Posted 6 years ago Report
Link Quote Reply

@Mrmildock
Yep, but I like being busy! I’m very slow, though.
Would you like any requests MrMildock?

@BlazingDazzlingDusk
Same here. I should have your request up this week. You’re also free to make some additional requests if you want.
As for requests, I think it would be pretty funny to see Sugarcoat in Aria’s clothes and Aria in Sugarcoat’s with both of them disapproving.
Posted 6 years ago Report
Link Quote Reply

The other images are marked suggestive because they have big boobs (except Twilight whose panties are barely visible); none of them are doing anything weird and they’re more-or-less clothed.

All the same, I intend to tone down most of their boobs and butts when I eventually go back and redo the designs.
Posted 6 years ago Report
Edited 6 years ago
Link Quote Reply

ᗡ: 📶 📡
@BlazingDazzlingDusk
There’s a certain irony of using a reaction picture of what essentially amounts to a seahorse to decry my love of mpreg, considering how they breed and all… :D
Posted 6 years ago Report
Link Quote Reply

You need some self-awareness dude.