ᗡ: 📶 📡
Pogeyan Saffy! :D
This image is blocked by your current filter - click here to display it anyway

Keeping this momentum going.
This image is blocked by your current filter - click here to display it anyway

Crossover Specialist
Here's a redraw of Francine Smith from American Dad I drew some years back.

@Salamenace
some years back, huh. it's really good. I mean, you already got the hang of proportions even back then. I wonder if you have like a similar picture recently to compare it to?
Posted 1 years ago Report
Link Quote Reply


Finally finished this after two or three weeks of not doing it. So I feel at least kinda accomplished with that.

Dragonlover, Spike Fan
@40kponyguy
Congrats man. They're not that bad after all.

Speaking of MLP and Game crossovers: Can you draw Spike and Smolder as the Mario brothers (Spike = Mario, Smolder = Luigi) and Princess ember as Princess peach?

@Tarkan809
I would for money.
Posted 1 years ago Report
Link Quote Reply

Dragonlover, Spike Fan
@Ninji
I wasn't talking to you! I was talking to @40kponyguy

Also if you do it. How much? (I hope this isn't a commission thing.)
Posted 1 years ago Report
Edited 1 years ago
Link Quote Reply 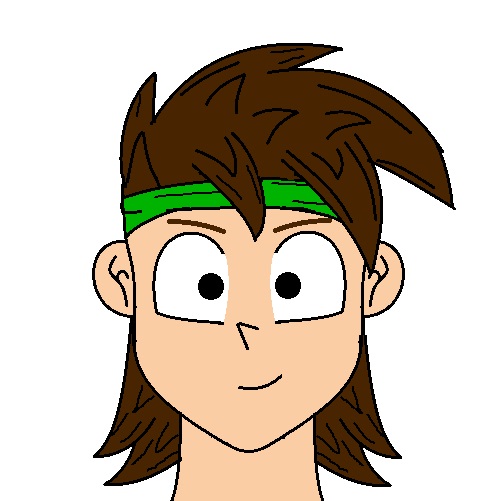 @Tarkan809
I know you meant him, but your specific request I can do really well for 20$ I'm good at dragons and I love Mario (hence the name)


Commission just means its not by the hour, which is often the better deal with drawing.

Dragonlover, Spike Fan
@Ninji
well apperently I don't usually spend money. I often to tend to do request and all but…

There was a Guy on the Internet who hated people who doesn’t know what a commission is, The Guy himself had no respect when someone does private message him for something that they don’t know what a commission is. One time, Two years ago I went to him in Private message and asked him something, He said commissions only. Which to be fair that I don’t even know what a commission is before, So I told him that I don’t know what a commission is, then he started to get mad with me and started to say rude stuff to ME! So I had to leave him alone and never talk to him on Private message again. It really hurts when that guy said rude stuff to me. In fact I don’t even know his name yet. It’s very weird that the fact Nobody had complained about him in the Internet. Which is strange by the way. So yeah… That guy got me into a trauma. So yeah… Hopefully you understand better now. Because I’m very sorry that I couldn’t get this message straight and It brought me to the point that I’m scared about what will happen next. Even though it’s a real pain in the neck when someone does something like this. (based on a true story)

But I gotta ask this: for 20$ paying or reward? (I'm starting to get confused here) (if it's paying then sorry I don't spend on money (it's ok to do it for free because it's just a simple request))

I'm sorry to hear that

Sometimes it's nice to pay others to bring your idea to life.

If by reward you mean pay after, I can do that
Posted 1 years ago Report
Link Quote Reply

I feel you. that happens to me way too often.

Moderator
Undead inside
Yep still one a day until I run out, woo.

@Panko Pai
I'm having a major block right now and it's the worst.
Posted 1 years ago Report
Link Quote Reply

Moderator
Undead inside
@tehwatever
Wanna have some of my motivation? I've started like 50 things in the past month.
Posted 1 years ago Report
Link Quote Reply

Shy gamer stallion
@LightningBolt
That symbol on shirt looks like "Anchor" that were used by Poles during World War 2 to symbolize their independence. Not that I'm complaining about that.

@Mildgyth
@tehwatever
Wow, and I thought I'm the only one who temporarily lost interest in drawing.
Posted 1 years ago Report
Edited 1 years ago
Link Quote Reply

Moderator
Undead inside
@Panko Pai
It's just a band logo, but I can kinda see it looking a bit like an anchor now.
Posted 1 years ago Report
Link Quote Reply

@LightningBolt
actually it's less about not having ideas, and more about "MAAAAN, I know I should work on this but [insert video game] is occupying my mind right now."
I procrastinate a lot.

AimingToPlease,OftenMiss
@Tarkan809
I might be able to draw that for you.

I have another waaaay overdue request but it's quite a complex one with several characters so I've been putting it off.

Still working on my 40k crossover comic too. I think readers may take more of an interest when they see where the next few pages are going, but they're going to be a pain to draw.
(Twilight in a one-on-one magical duel with Ahzek Ahriman, one of the most powerful psykers in 40k.

Bit of a spoiler, it doesn't end well for either of them, and there's no fatalities. Not much of a spoiler because I wrote most of the story a few years ago now; there's a link in my profile on here).
Posted 1 years ago Report
Link Quote Reply

AimingToPlease,OftenMiss
@Panko Pai
Trust me, you're not the only person that loses momentum/interest in drawing from time to time.

I've been distracted with games (Zelda Ocarina of Time, Dawn Of War Soulstorm on PC, and STILL playing Command and Conquer Red Alert on skirmish despite it being about 20 years old!)

Also got work, and family commitments so just draw when I feel like it these days.
Posted 1 years ago Report
Link Quote Reply
Interested in advertising on Derpibooru? Click here for information!