And yes, I attempt to convert Cornet into a Siren, one of my random ideas that popped out of my head.
Posted 2 years ago Report
Link Quote Reply

Moderator
Undead inside
@Background Pony #9AF6
You had me at ‘siren’.
Posted 2 years ago Report
Link Quote Reply 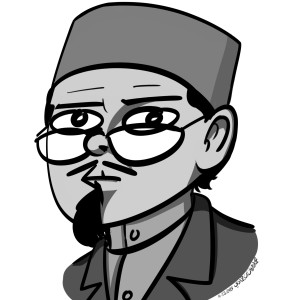 ت Artist With A Fez ت
Quick sketch. Might redo in colour.

@poecillia-gracilis19
Preeetty COOOOOOL!
Speaking of cool. you gonna be redrawing it in cool colors or warm?
Posted 2 years ago Report
Link Quote Reply 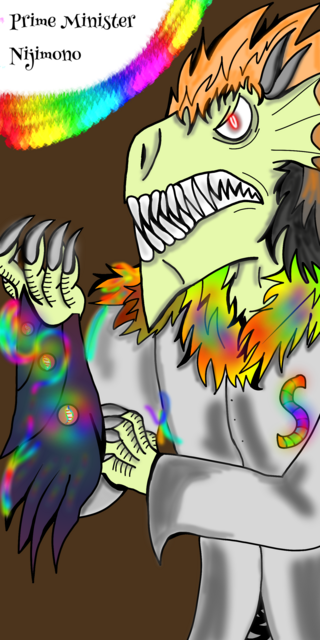 Nijimono is the prime minister of the Super RR Squad and the alternate of Kamodo but surprisingly not an alternate of Giovanni. He’s supposely the alternate of Cyrus and Lysandre. Nijimono expects greatness and strength from his squad and bears no matter to see what the commotion is among his grunts. However, Nijimono has a very aggressive tone and attitude towards those he finds as enemies and those who block his path to victory. The Harmony Wolves take secret orders from Nijimono and bow to no one other than Nijimono himself.

Nijimono’s team during the first Arc of the Nessoasis season consists of 4 Pokémon that have evolutions originally discovered in Sinnoh. Come to surprise, his togekiss, tangrowth, and rhyperior all have Megas that he developed using his technology:
Togekiss’s Mega is Dragon/Fairy
Tangrowth’s Mega is Grass/Flying
And Rhyperior’s Mega is Ground/Fighting.

The other evolution is that of Rapidash that was discovered in the Nessoasis Region called Pheonicorn:
Pheonicorn (Pheonix+Alicorn)
Fire/Flying
“The Broad Firestar” Pokémon
Ability: All Terrain;The user is suited for anything other than the terrain it’s used to. Making it instead of hurt by Rock types immune to rock types instead.
Signature Move:Double Drill;The user twirls its head around in a circular motion before throwing itself at the target like a drill with its 2 horns. Power Doubles if the user is dual typed.
PP:15
Pow:80
Acc:100
Type:Ground
“It’s said that Pheonicorn comes out from an erupting volcano and spreads its fiery ember arcoss a 50 kilometer radius. Its 2 horns allow double the magical power”

Nijimono made his debuted appearance in the SPS Pokemon episode titled “Harmony That Ties Things Together”, where he’s first shown as a silhouette in the first part of the episode. Later towards the end of the episode, Nijimono comes out of hiding to aid his Harmony Wolves after they were defeated by Jade Lilac’s Pangoro and Midnight Form Lycanroc. He was defeated for now when Jade’s Pangoro finished off Nijimono’s Pheonicorn with a Bullet Punch.

Nijimono later appeared again in the SPS Pokemon episode titled “The Lone Fallen Wolf”, where he came to the scene of Wolfelf along with the squad once he heard a few of his grunts making commotion about a “terrifying trainer”. He was defeated again for now when Milly Darkelf and Wolfelf finished off both Mega Tangrowth and Pheonicorn with Regioxic using Sludge Wave and Servioxic using Psy-Strike.

Nijimono reappeared during the SPS Pokémon Episode titled “Rubecca and the Rampaging Palkia”, where after Rubecca and Kirby calm down the roaming Palkia, Nijimono appears to come and take it from them. Nijimono this time around has a Gliscor with him. He was defeated for now when Rubecca used Palkia’s Spacial Tend to finish off Nijimono’s Mega Tangrowth.

The Final Battle against Nijimono was in the SPS Pokémon Episode titled “The Final Cut”, where after taking care of Takenmua Guzmmar, the squad decide to infiltrate the Super RR Squad’s HQ and finish business with Nijimono. Nijimono this time has replaced his Gliscor with a high defense and special defense oriented Magnezone and a bulky Magmortar. Nijimono was defeated when Wolfelf used her Poseimarina’s (Male Final evolution of Popplio that’s Water/Fighting) Signature move Pulverizing Trident to takedown his Magnezone and her Torterra’s combination of Swords Dance and Earthquake to finish off his Magmortar.

He made an appearance as back up for the Squad during the Nessoasis First Season Finale Arc titled “The Fusion Prophecy”, where him and Takenmua appeared to help the Squad fight against the hordes of Frozen Hivemon to get to Arcavenger’s location.

He made a Final appearance as a participant in the Nessoasis League Tournament.
Trivia!:
Nijimono is the only Pokémon trainer known to be able to use 3 Megas at a time during battle.

Nijimono is also based off of Japanese/Chinese Shojuns and Emperors. Which is where Nijimono gets his old, Mercury skin look from.

Nijimono’s name is a combination of Niji(which is Japanese for Rainbow) and Komodo.
Posted 2 years ago Report
Edited 2 years ago
Link Quote Reply

ت Artist With A Fez ت
@tehwatever
Thanks!

Friendly Neighborhood DM
Doing an alternate outfit for Velvet, let me know which one in the image comments (see description):

Unlimited rice pudding
Had a go at redesigning my favourite girl, Yira (and by extension my other dragons of the same species). Including such innovations as: Ears! Fuller hair! And actual markings!!! : O

Not set in stone yet, but I think she looks pretty cute so far. 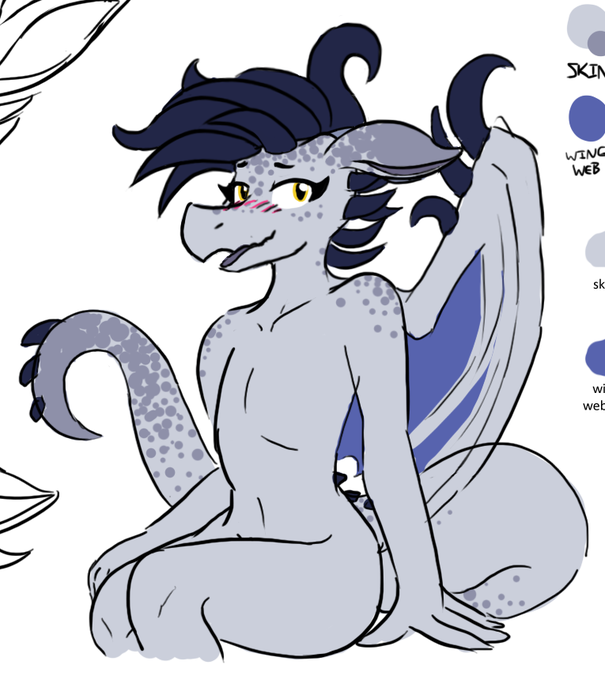 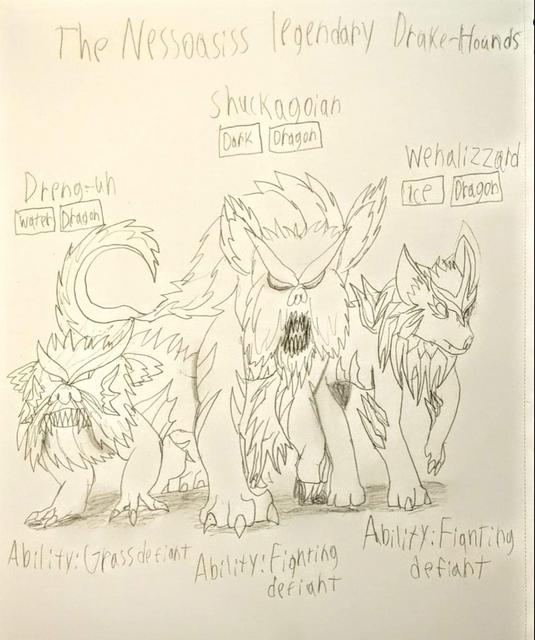 (Plan to digital art them~)

Dreng-Uh (Anagram of Drenched and Gullet)
Water/Dragon
“The Glutton Influence” Pokémon
Ability: Grass Defiant;The user makes itself defiant over grass types. If hit, the user’s Attack and Special Defense are raised.
Signature move:Seaweed Storm; the user uses its powers to unleash a pummeling storm of strong seaweed at the target. This attack does both Water and Grass type damage.
Pow:120
Acc:80
PP:10
Type:Water
“One of the 3 Legendary Drake-Dogs, Dreng-Uh is symbolized as the Canine of Gluttony and Brute Force. Despite it’s huge appetite for marine plant life, it still can pack a deadly punch despite being slightly slow.”

Shuckagoian (Shuck+Argoian)
Dark/Dragon
“The Wrath Deity” Pokémon
Ability:Fighting Defiant;The user brings out full utter strength to make itself strong against fighting types. Instead of being hit, the user’s Defense and Attack are raised.
Signature move:Brutal Pounce;The user pounces extremely aggressively at anything in its path. However, the user will become confused because of fatigue.
Pow:130
Acc:100
PP:10
Type:Dark
“One of the 3 Legendary Drake-Dogs, Shuckagoian is presented as the Canine of Dominance and Wrath. Many people fear Shuckagoian mostly due to its Eerie Eerie Impluse it gives off when near, supposedly to mean that a person did a bad deed against it.”

Wehalizzard (Anagram of Waheela+Blizzard)
Ice/Dragon
“The Winter Enforce” Pokémon
Ability:Fighting Defiant
Signature move:Avalantic Quake;The user makes an pressuring roar that causes the earth to shatter and rumble like an avalanche. This attack does Ice and Ground damage.
Pow:110
Acc:100
PP:10
Type:Ice
“One of the 3 Legendary Drake-Dogs, Wehalizzard is presented as the Canine of Winter and Disasters. It’s said to be the main cause of Nessoasis’s huge avalanche’s due to its booming, echoing howl.”

The 3 Legendary Drake-Dogs are based off of a pun for a popular hot dog place called Dragon Dogs.

Dreng-Uh is based off of the mythological dog called the Dobhar-chú.

The Legendary Drake-Dogs made their Appearance during the SPS Pokemon episode titled “The Bug Trial and the Legend of The Drake-Dogs”, Where they were being investigated by the squad to see if they could try and catch them. During the episode, which takes place after the episode “The Lone Fallen Wolf”, the squad try and help Wolfelf better understand the basics of being a trainer. So therefore during the episode, the Squad help Wolfelf try and capture them for herself. Wolfelf towards the end of the episode manages to get all 3, with Wehalizzard being the hardest to get.
Posted 2 years ago Report
Edited 2 years ago
Link Quote Reply

Shy gamer stallion
So much ideas, so less time.
I have a to-do list of what to draw, such as:
-the final part of mini-story for “Twilight vs Computer” comic strips
-Mane six parents’ pic (including “naughty” pics, if you know what I mean)
-F2U pony vectors (either original poses or traced from the show)
-Human-pony interaction
-Ponylands (my Borderlands x MLP crossover) character intro cards

Got my hands full with my crossover comic at the moment. Got a request to do yet too.

And your post reminded me of a meme I saw recently. That’s getting ponified soon.
Posted 2 years ago Report
Link Quote Reply
deactivated103f39d
@40kponyguy

your current filter.
Got my hands full with my crossover comic at the moment. Got a request to do yet too.
And your post reminded me of a meme I saw recently. That’s getting ponified soon.

I thought that was Castlevania for a second there.
Posted 2 years ago Report
Link Quote Reply

Moderator
Undead inside
My to-do list is in my head. :/
Posted 2 years ago Report
Link Quote Reply

Unlimited rice pudding
Also gave the rest of my 4 dergs the same redesign treatment - Sann-driya, K’riestoef, and the rarely-seen Keritian - and drew them doing a Demon Days. Oh, and also some mini bios + relationship maps because why not. 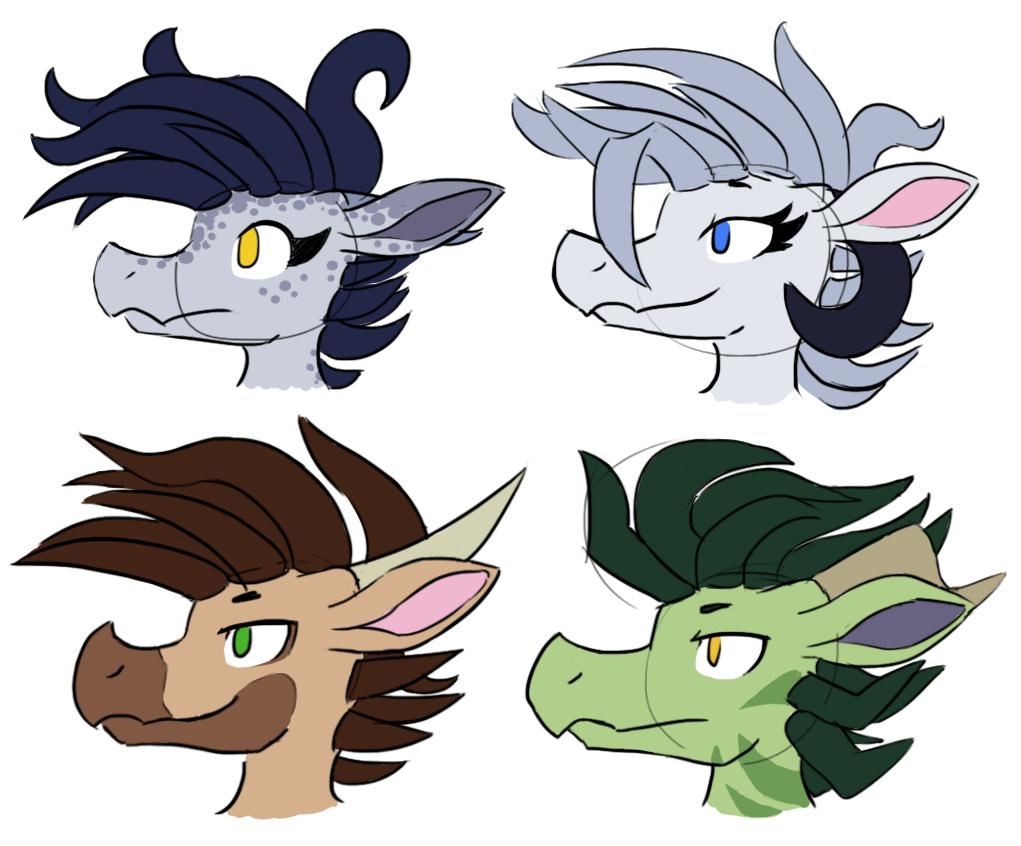 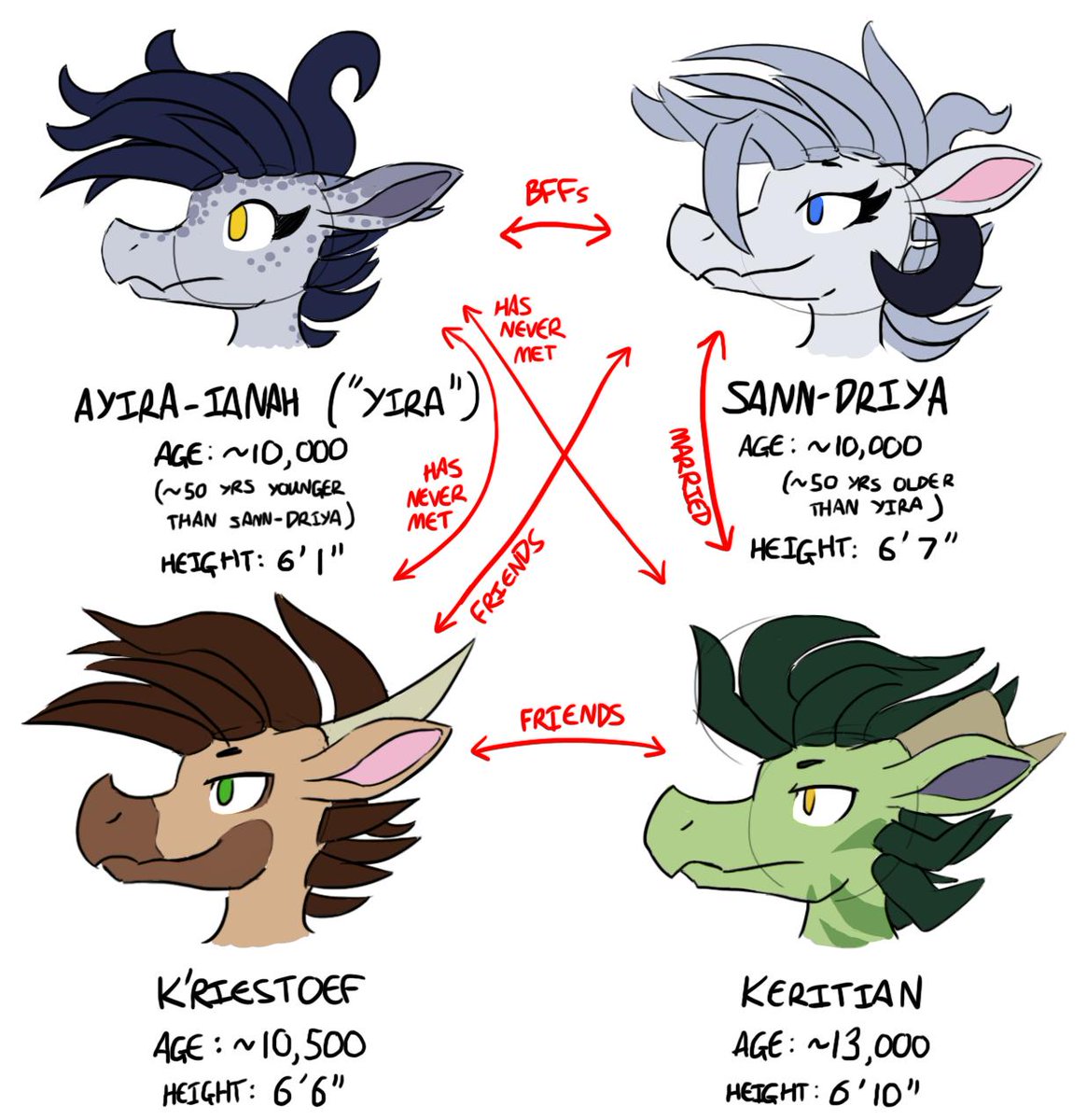 @GreenLinzerd
Each of them has immediately recognizable features. Nice! The bigger hair is definitely a good choice.
Posted 2 years ago Report
Link Quote Reply