Crossover Specialist
So, my birthday shares the same date as the premiere to Final Space Season 2. I decided to make some fanart for the occasion.
This image is blocked by your current filter - click here to display it anyway 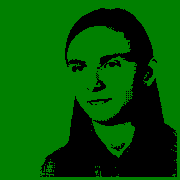 
( edit: It's not my pic. I found it and shared it before remembering that this thread is only for sharing our own art. My mistake. ^_^' The pic's clickable. )

@dziadek1990
Dooood that's so artistic and stylish, I'm appreciating it so much.

The pic is gashiboka's and is clickable, if you want to get to the source.


(I totally forgot what type of a forum thread this is, and didn't realize that if I link a pic here then people will assume that I am its author. My mistake. ^-^' )
Posted 11 months ago Report
Link Quote Reply

Fluff Artist
The weather's been pretty nice for the past few days here. Have an anthro Rarity enjoying the nice day.

Unlimited rice pudding
Well how about this! It's my first MLP fanart in nearly 3 years!!!

His face resembles that of a mafioso.

And the pic looks a bit crossover-like.

Is it inspired by a particular fictional character? Or does it imitate some theme from a specific movie? Or neither?
Posted 11 months ago Report
Link Quote Reply

@GreenLinzerd
It is gorgeous! I love the limited color palette and I really dig your linework!

That white outline is a really nice touch. It really highlights the silhouette.
Posted 11 months ago Report
Link Quote Reply

Seems the cute pic of her in socks is better liked here than the other one.

@40kponyguy
socks is cuter, BUT, I like the second one better for its more detailed background work, and its use of effects.
Posted 11 months ago Report
Link Quote Reply

okay, did first rough work of many. prolly gonna take more tweaking before I go into cleaning up and then linework for the keyframes. And then coloring, and then figuring out timing and movement, to make good inbetween frames.

Right now there's not much animation going on. But I'm planning to make her turn our way, so gotta plan for that…
Posted 11 months ago Report
Link Quote Reply

AimingToPlease,OftenMiss
@tehwatever
Looks like a bit more of an ambitious project, best of luck with it.
Posted 11 months ago Report
Link Quote Reply

@40kponyguy
Thanks! Although, your 40k crossover project seems a lot bigger in comparison. Considering it's been going on for a while, I salute your dedication. Good luck with it.
Posted 11 months ago Report
Link Quote Reply

:𝐃
Anyone else notice Night Light has a weirdly long necc in this picture?
This image is blocked by your current filter - click here to display it anyway


I did :P
This image is blocked by your current filter - click here to display it anyway

AimingToPlease,OftenMiss
@tehwatever
It's just getting to a point that covers a confrontation that pretty much anyone that's a fan of both wanted to see, but nobody else dared try writing for fear of messing it up.

Also, if a crossover story manages to have some epic scenes, stays true to both sources, doesn't break characters, and fits both sources without breaking the lore of either, I'd like to think it's a winner.

My comic only breaks one bit of the MLP lore now, and that's Lyra being a spy, (messed up by episode 500 and 'Special Agent Sweetie Drops', and the episode 'Amending Fences' because another unicorn will be joining the cast later).

I never wrote out the last chapter on FIMfiction, deliberately so I didn't spoil the ending for those reading the comic. Let's just say I have something special planned.

And thank you for noticing the comic.
Each page can take weeks to get drawn, especially when 40k stuff is involved as it's often heavily detailed.
Posted 11 months ago Report
Edited 11 months ago
Link Quote Reply

yeah I can imagine…

I know nothing about 40k, but I've seen the tabletop models and fanarts. Yeah them be detailed and stuff. So many tiny engravings on the armor and accessories.