76 comments posted
Background Pony #037F
Look, I don't understand the supposed "controversy". It's an easy to make edit. It just makes it easier to cater to people's preferences. A person doesn't have to be racist to preferentially spank it to light skinned people, just as a person doesn't have to be racist for preferentially spanking it to darker skinned people. You all need to get a grip. This is just an MLP imageboard, you aren't proving anything to anyone or making yourself look "considerable" and "inclusive" by talking crap about an inconsequential edit.
Posted 4 years ago Report
Link Quote Reply
toxicitzi

@VermiIIion
it's just an extension of how overly simplified the thing is, that's what I think of the vast majority of dark skin toned, humanizations of the fandom, as well as why they suck..

being generically mediocre is passable, at best, being generically mediocre and political is worse, because the issue isn't just in the mediocrity, it also has to involve political correctness into it, something that involves a crap ton of drama (as seen from this piece of shit post we're all looking at), as well as a very hardened fact that there is simply no merit in it that is inherited by the art piece itself, everything revolving around its merit comes from external sources.

that of course is the case for just the vast majority of these types of works, I would life if I said there aren't any good ones out there, because just like that one diamond muddied and buried very deeply, as well as hidden from most people's eyes, there are some decent works of this variety that aren't all just superficial and shallow.

let's look at some.

out of all these examples, you have good looking Twi models and some amazing looking Zecora ones, which I prefer the best over all these pics. Really, I'm just surprised that people don't take more of the time to focus on the one we know is more closely related to Africa, Zecora, as you can see some great stuff can be made.
really, even with Twilight's status as the main, most relatable character in the show, Sundown's Zecora I would go to town through all day and night long.. maybe even for weeks. She's just that smoking hot.

@toxicitzi
I'm really only commenting on the fact that they give black people white facial features and do not give them the body type or facial structure of a black person or whatever type of ethnicity they are going for. It's like looking at black-face, really, a white person painted brown or tan.

If you can draw it right, it probably won't offend somebody, but everyone is offended by something. I get offended when they make Fluttershy a Muslim because she's shy, stereotyping all Muslim women are shy. It's ridiculous.

I might not have replied with anything that has to do with your comment (although I read it) but it's early in the morning, so sorry.

@VermiIIion
try to look at it this way. People think it's good because it adds variety, or as the more popular belief goes in the media, Diversity, something I, very disrespectfull and vehemently disagree with on notion of being lacking in any meaningful relation with any particular issue regarding racial skin colors related problems.. that's just how I see the issue of diversity, or lack there of, you can't change diversity for the sake of having diversity, that's completely stupid.


more on the art piece though, this is something that bothers me more personally because it's kind of the same as what my country usually gets whenever someone has to address it, either communistic Romania from before the 1990s, or Vampires, because that's all they know and that's all they can give others in terms of a quick run down of what our country was like. Black people seem to get the same kind of end of the stick with popular media, it's usually Strong, Opposed, Independant visuals that oppose conformity and seek their own values, Interpersonal personalities, these are all great when done right and sometimes they're done very right, but nowhere do you ever see a good representation of their culture, their heritage, the different variances of them.

take some time to compare something lesser representing the african people and compare it to just one moment from the Lion King, the Circle of Life. I'm not even sure if it does represent actual african culture that expertly, but even if it doesn't it still shows a great deal of the beauty that is their native land, something that at least is far more refreshing than just another stereotypical Black Guy in your movie, or Black Girl as may be the case, the same goes for The Princess and the Frog, although not nearly as strong and impactful as The Lion King.

TL:DR;
basically, all I'm trying to say here is that this art is like the majority of popular media's representation of black culture, it doesn't know it and that's most likely why it should be left in the hands of more talented people, or at least Try harder than just recoloring the skin tone, because that's incredibly lazy and even though I'm not of a darker skin tone, I find it somewhat insulting to just narrow it down to only that aspect..

Life is but a dream
@VermiIIion
Perhaps, but if people try to hard to make them to "stereotypically black," as I said you could end up with something close to that "Mammy Pinkie Pie" image I linked to in my previous message leading to "unfortunate implications."

Problem is, it's hard to caricature ethnicities without making them look at least a li'l bit stereotypical. So it's kinda a lose-lose situation either way.

@Beau Skunky
Not the majority of black people. And if you mix races, you'll be accused of white-washing them.
Posted 5 years ago Report
Link Quote Reply

Life is but a dream
@VermiIIion
@VermiIIion
Problem is, when some artists try to hard to make the facial features match the "race," sometimes they make them look a li'l to stereotypical. >>675585 So it's kinda hard to pull off sometimes.

Plus to be fair, some black people do have "white-like" facial features. Especially, if they are a mixed-race.

@Mildgyth
I'm really referring to all artists who draw humanized characters and give them dark skin tones yet they have white facial features.
Posted 5 years ago Report
Link Quote Reply

Actually, Megasweet drew the image, but ahesg coloured it and made a black and white version. Then again, you might be referring to somebody else.

Why do people draw humanized MLP characters with white features then color them black? If you're going to make a character black, give them black features. Coarser hair and larger noses are common, and the body type is usually thick or curvy.

Or, y'know, stick with purple.

[screams in German]
Why not make Twilight a Chewbaca?
Posted 5 years ago Report
Link Quote Reply

Dogman15
I'm not famous.
@Xaekai
Bravo! Well said. A shame you had to hide what you wrote behind a hover.
Posted 5 years ago Report
Link Quote Reply

Life is but a dream
@Background Pony #FF56
Considering many darker-skin humanizations of her (nothing against that personally) are done alot, some probably either think it's "overdone," or think people just do that to be P.C. (Like some of the Tumblr who goes overboard on "diversifying" tend to do.)

It's kinda a lose-lose situation, sense people also get mad if you make them all white, or make one chubby, or something. (Some artists even get called "racist," if they DON'T diversify them.) I remember a girl took heat just for drawing Pinkie Pie a li'l bit chubby, and people were accusing her of having a "fat-fetish," saying she made her ugly, and such. (Not like she was a blue whale, or anything… She was just drawn a li'l bit chubby.)
Some people are quite picky about humanizations in general, or are just trolling.

Though, of course even the crowd for diversifying can go overboard as well, trying to make them "to diverse." Like the ones insisting Twilight is an "African, Indian, Italian, American, frying pansexual, transexual from Transylvania."
Some of their drawing caricatures of other races (that aren't their own) ironically end up looking a li'l racist/stereotypical to, rather then a "homage" to said race/culture.

So people on both sides of the issue have their extremists.

Posted 5 years ago Report
Link Quote Reply
Background Pony #84FB
I honestly don't mind either, though on Twilight I have a preference for darker skin tones as I think it looks nice with her hair and general look. I always thought it gave her a Persian or Indian look too like someone else pointed out. Rarity is another that coloring works for in humanized pictures despite her white fur as a pony though Rarity looking like a "White Anglo Saxon Princess" also works for her. It's just preference but why anyone gets bent out of shape THAT MUCH when they see Twilight humanized with dark skin tones just boggles my mind.
Posted 5 years ago Report
Link Quote Reply

And taunting after it was deleted. 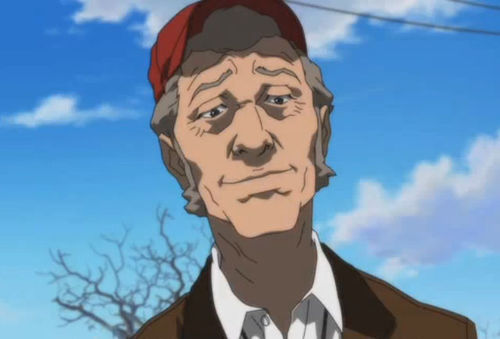 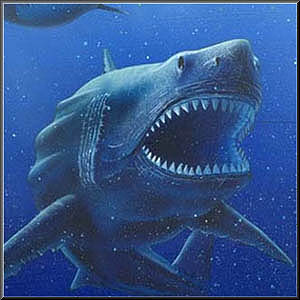 @Darth Sonic
That's more of a common headcanon than anything. Nothing is confirmed in that regard.

When making non-EQG humanizations of the characters, its only natural to search for obvious analogs to the real world. Even a cursory deconstruction of this topic makes it seem highly unlikely. It the real world, prodigies of Twilight's scale aren't generally from areas with such a low HDI

Since you seemed to favor basis in canon:
In Twilight Time, Twilight stated that her hair is not dyed. From that I would presume that she doesn't straighten it either, given her tone seemed to have the inflection of 'I don't do anything with my hair' This aligns with her canon personality in that books and study were paramount and things like fashion and appearance took a backseat. Black people with naturally straight hair are exceedingly rare.

I'm sure I could come up with a laundry list of justifications for the prevailing headcanon, but I won't bother.

In conclusion: Lighter-skinned Twilight gets more upvotes because it makes sense and doesn't need an explanation. The darker-skinned one may seem like an exercise in diversity for the sake of diversity to those who would have otherwise upvoted it. Twilight being asian is more accepted than her being black because there is less evidence opposing it.

Albus Fahrenheits
The one on the left looks more Asian than Caucasian. Look at those pretty eyes.
Posted 5 years ago Report
Link Quote Reply

[screams in German]
@Mit boy
There was also a grey man too.
He just stood there.
Watching. 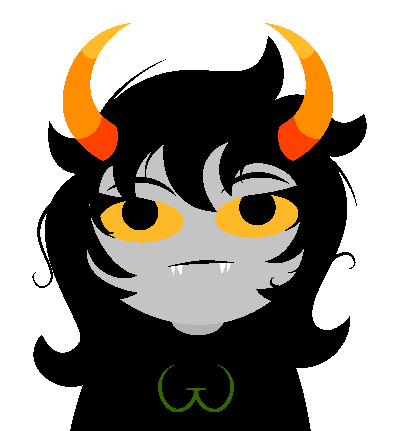 [screams in German]
@Mit boy
F*ck that! I met a blue person last Friday and he stole my underwear! While I was still wearing pants!
Posted 5 years ago Report
Link Quote Reply