Oh hi, Markdown. We are migrating the site to use Markdown. This is currently in beta testing phase. Click here to learn more.
Pony with care! Remember to tag images from or revealing story of the G5 movie with spoiler:my little pony: a new generation, and report any images of camrips/leaks for Rule 1!
260 355 345 10 64
Subscribe
Galleries
Featured in
Sign in to create a gallery
Related
View VS Download DS
Uploaded 7 years ago by SlayerBVC

ARE THERE ANY OTHER TWILIGHTS HERE I SHOULD KNOW ABOUT?

Josh103
I wish this amazing piece had Bonniecorn…
Posted 7 years ago Report
Link Quote Reply
DerpyFanNumber2
Swagtastic
Hot damn, that’s gotta be the best way to sum up MLP EVER!
Posted 7 years ago Report
Link Quote Reply
DariusG
@Nightshade142
What you say about making character is true. Sometimes I just have a problem with ones Faults, Dash may have the same, but she has done things to make up for it
Posted 7 years ago Report
Link Quote Reply
Nightshade142
@DariusG
Not denying that it was a jerk move, but was Lightning’s intent to skip past “slowpokes” and finish or to prevent the others from finishing? What happened to the others was not her intent, persay, but instead a result. She was not meaning to mess up the others, but it was a consequence of her recklessness that I do acknowledge she was wrong to have dismissed.

Now, I’m not being an apologist for Lightning. Heck, I like exploring the moralities of characters who are in the wrong, so Lighting being some kind of saint would make me dislike her. Her primary faults are her recklessness that indirectly harms those around her (like the other flyers during the obstacle course), her drive to win at all costs (which drives her recklessness) which was in no way suppressed during flight camp (which, ironically, is the purpose of all that strictness at boot camps), and her lack of empathy (which is why she does not notice Dash’s covering up her injured wing and simply cannot comprehend why Rainbow accuses her despite everypony surviving the tornado).

Not to assume, but I think our primary difference lies in whether those qualities “make or break” Lightning for us. You base your opinion on pointing out those faults, and I can respect that. I base my opinion on those faults giving her depth and a perspective, which does not have to be your opinion.

@Nightshade142
That is exactly what I was saying. Of course I don’t believe either Dash or Dust are cruel ponies who go around trying to hurt others. But recklessness, (i.e., a lack of proper caution), is something they’re both guilty of, thanks perhaps to the arrogance of youth and their naturally aggressive temperaments. They need to be reigned in, sure, but the reactions they get are pretty dang disproportionate.

Even in Wonderbolt Academy itself, RD and LD both contributed to the creation of the tornado, but one was promoted and the other was kicked out. If Dash had any nobility or [ahem] loyalty, she should have defended LD as merely doing what she thought the leadership desired. Instead, Dash seemed to approve of her former friend’s humiliation, and was quite thrilled for her own good fortune. It’s a shame they didn’t stick with the original ending, but of course, they needed to make time for Pinkie’s irritating shenanigans.

You ignore Mare Do Well without saying why.

For Swarm of the Century you ignore that your challenge (which Millennial Dan even gave an extra example for) was not to prove Rainbow intentionally did something wrong, but “put others in danger”, which she ended up doing.

You completely omit any mention of Millennial Dan’s example of May the Best Pet Win.

As for Hurricane Fluttershy, using the necessity of water to claim a lack of recklessness on Rainbow’s part is like using an orange to claim apple-ness. What is reckless about the incident is not why Rainbow wanted to go again, but that she did want to go again, despite hearing the risks.

Note: I have never claimed once here that Rainbow meant to hurt others. All I and Millennial Dan (at least, I think) are trying to say is that Rainbow has unintentionally endangered others before. He then goes on to additionally claim that Lightning also never intended to hurt others out of malice, but did so accidentally through carelessness and recklessness. However, I may or may not weigh in on that particular matter at some other time.

youregoingtoloveme
@Nightshade142
As long as you don’t leave the premises before paying, you can consume a store’s products. Sort of. It’s more of a kosher practice in major supermarkets than at a market stand where a farmer’s goods are like money in his or her wallet and helping yourself to their wallet.is going to force their hand. Opening up and drinking a cold soda while in a convenience store will probably draw dirty looks since they get ripped off constantly.
The larger the establishment, the more likely the employees will turn a blind eye to pre-purchase consumption. They prefer not to offend a customer by insinuating that they are a thief and risk them making an angry call to the corporate office.
We definitely saw Gilda steal but in Green Isn’ Your Color, the camera cut away from Pinkie as she was eating so we don’t know if Pinkie paid for that apple off-screen or not. Pinkie is not above theft, however. Pinkie lied about her corn cake consumption count to Mrs.Cake, her employer.

@DariusG
When did she say she didn’t care? She was excited because of the success of her tornado, and no one was hurt. She could have been more mature about it, but she was mostly guilty of being a reckless brat, as Dash often is.

And I can name more than three: 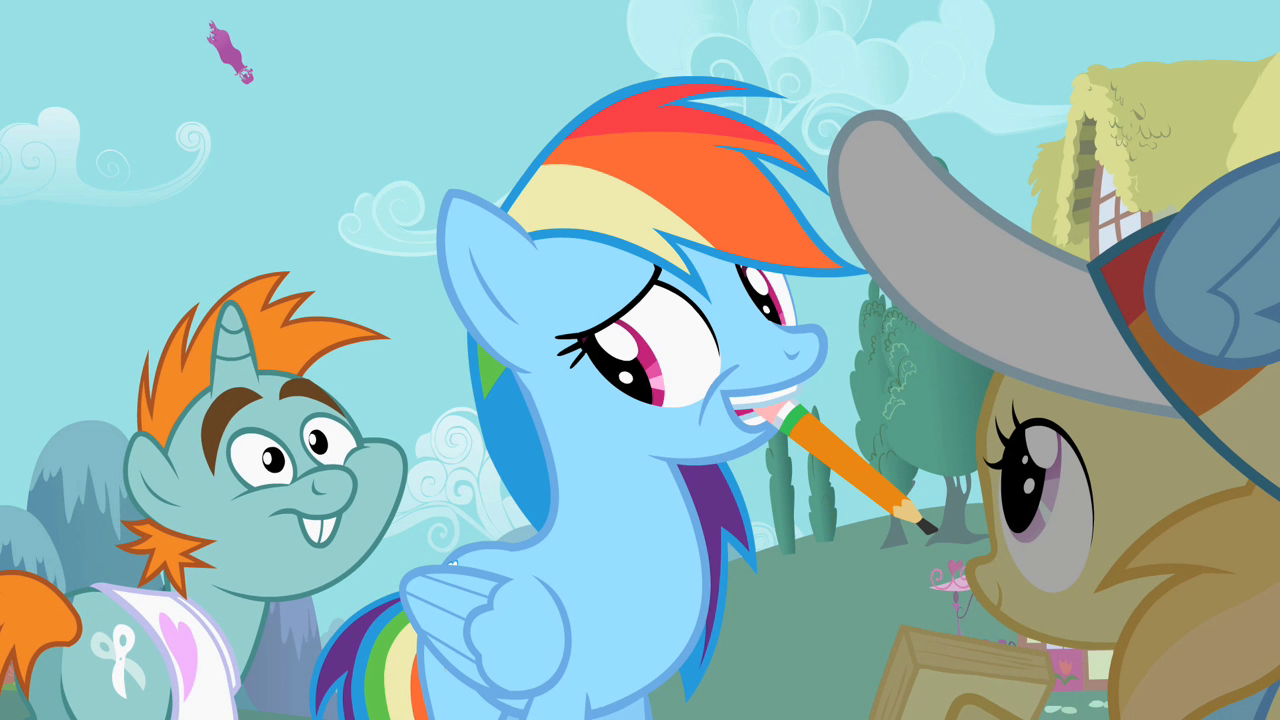 Mysterious Mare Do Well, blows off the peril of the falling balloon. 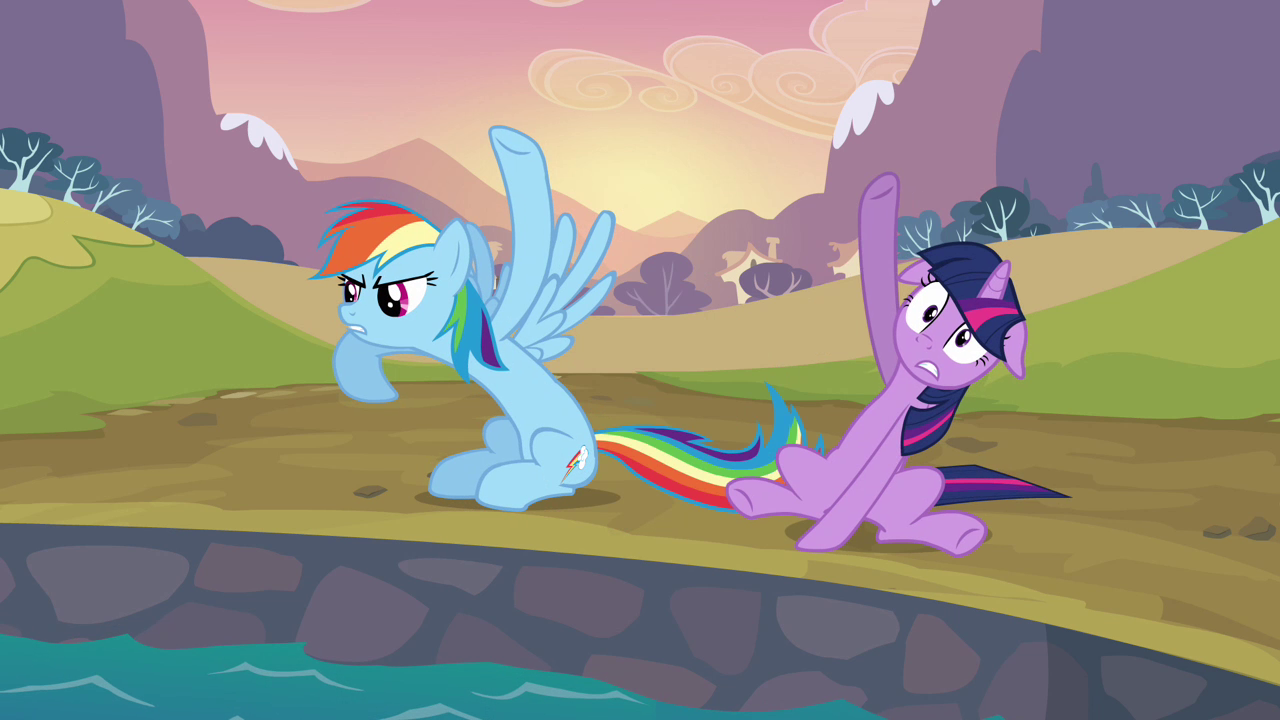 Hurricane Fluttershy, disregards Twilight’s warning that someone could be hurt from another failed attempt. 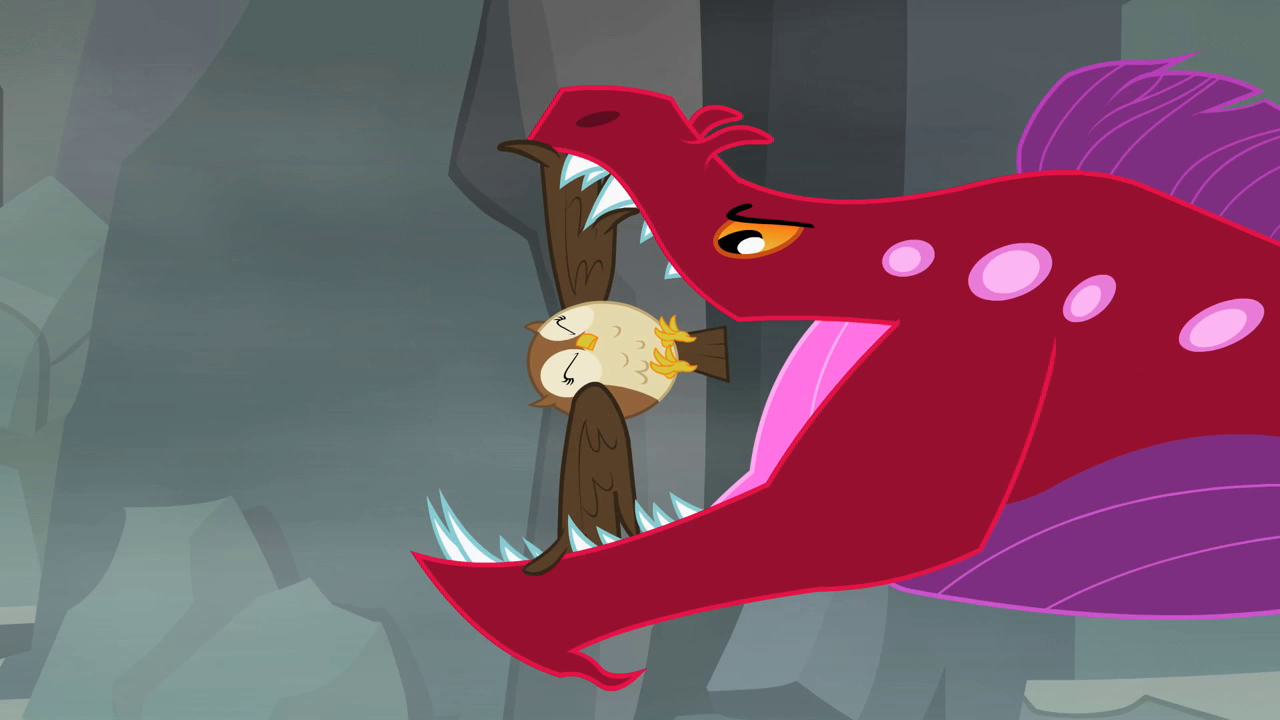 May the Best Pet Win, leads a bunch of friendly animals into a seriuosly dangerous situation. 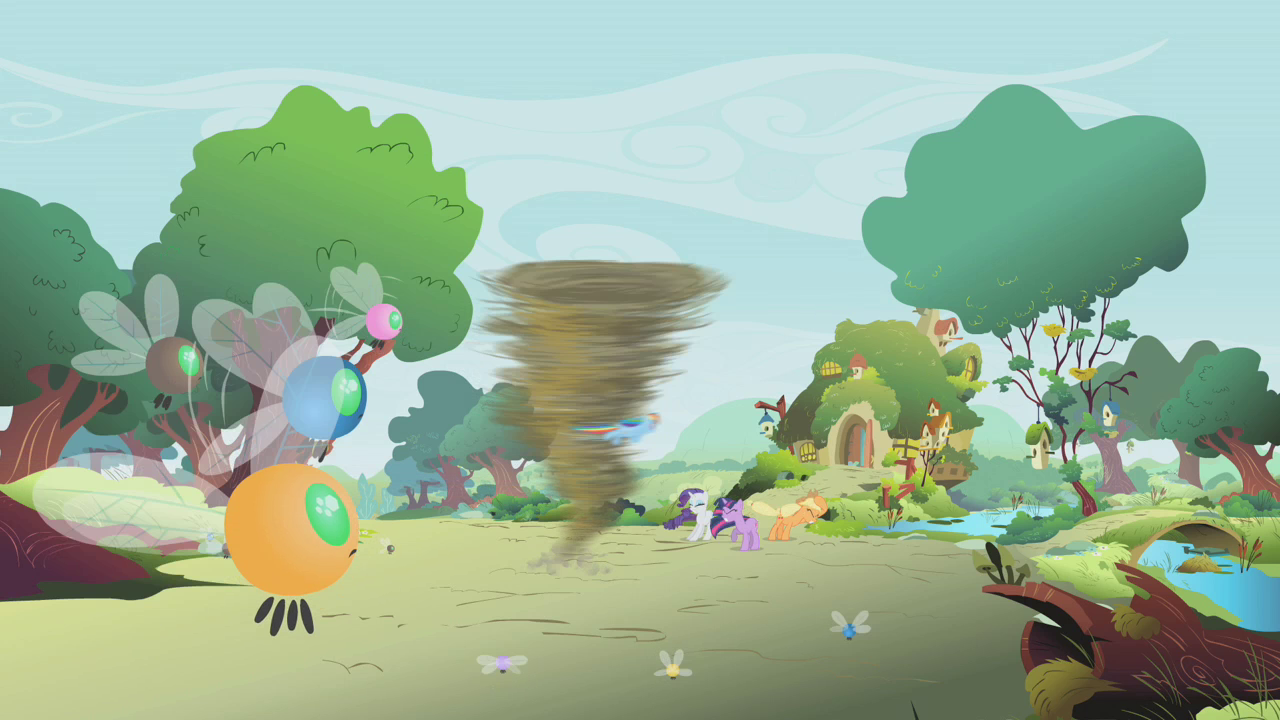 Swarm of the Century, makes a tornado that nearly gets her own head cut off.

Notice that two of those incidents even include a tornado, of all things.

@DariusG
She was not aware that anyone might be hurt by her tornado attempt, unlike Dash, who’s knowingly put others in danger on several occasions before.
Posted 7 years ago Report
Link Quote Reply
DariusG
@Millennial Dan
While Lightning Dust and Dash are similar, Dust will do things to get things done at the expense of others even if it means having them get hurt
Posted 7 years ago Report
Link Quote Reply

@Nightshade142
It’s true though. Pawny’s comment was inane to the point where I couldn’t even bring myself to reply to it beyond what you saw.

As for what you said, I actually tend to agree, somewhat.

Flim and Flam could have been worked with, as they weren’t exactly deceptive, they were just capitalists trying to secure the best possible deal for themselves. Both they and the Apples kind of dropped the ball on negotiations, unfortunately. In the end, that episode tried not to seem too Luddite, but it kind of failed.

As for Iron Will, he was a jerk, you can’t get around that. He wasn’t a villain, in the sense that his aim was not to harm others for the sake of some grand ambition, but he was selfish and uncaring, so I don’t see why some people think he was such a great guy.

As for Gilda, she did suck. She may have had reason to become irritated with Pinkie, and Twilight basically even said as much, but that doesn’t excuse her other behavior. She needed a massive attitude adjustment, and it was no one’s fault but her own that she was humiliated and shamed in the end.

I agree completely with everything you guys have said about Lightning Dust. Rainbow Dash can do no wrong, but someone else who acts just like her is obviously a horrible person who must be gotten rid of.

Evowizard25
@Nightshade142
….But it was just so outdated and out of place.
Posted 7 years ago Report
Link Quote Reply