Derpibooru Community Collab! It is time for us to make another community collab image! Let us all have fun and draw some pony. Learn how to participate here.
48 71 68 3 15
Subscribe
Galleries
Featured in
Sign in to create a gallery
Related
View VS Download DS
Uploaded 7 years ago by Dashole
2505x4285 PNG 1.38 MB
This image is blocked by your current filter - click here to display it anyway

If there was one major disappointment in the ending of Equestria Girls, it was the redemption of Sunset Shimmer. It seemed really quite odd to me how quickly she just decides to be a good person immediately after being defeated, crying her eyes out in shame.

That for me seemed a little underwhelming, and I felt that it could have had a bit more conflict in order to give the message that Twilight's attempting to give a bit more weight.

@Background Pony
The Mane Six didn't really make all that much sense to include to begin with. I get Cadence wanted some help, but does it really make sense to bring your friends halfway across the country for several days, to help you show off the city they only know the bare minimum about?

I get they were experimenting with the show's format, pairing that episode with "Just for Sidekicks" but if you're going put a gimmick like that in the show, you need actually good episodes to use it on.

Posted 7 years ago Report
Link Quote Reply
Background Pony #946A
@Da_Krager
Games Ponies Play" Should have, in my opinion, been about Cadance and Shining Armor.

I mean, we get Spike and Cutie mark Crusader episodes, why not a Cadance and Shining Armor episode.

Heck, we could have had an episode based around some crystal ponies. New characters are always (for the most part in the show) nice to see. 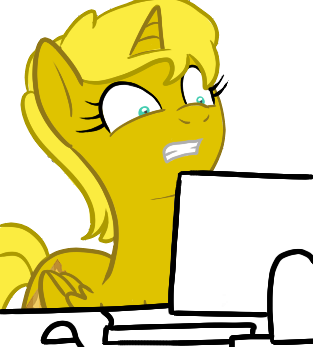 @Amana09
spike is just one of the character's that the writers of this show misuse. so much can be done with his character (not to mention celestia, luna, cadence, shining armor and more)
these characters are more than one off characters or background yet they are repeatedly underused and under developed
i would kill for an episode of celestia and how the world is to her

I find TVtropes to be rather pathetic at times, and refuse to do nothing but read it for sheer giggles at times.

There were a few characters I didn't like, but they weren't meant to have large roles in the entirety of the series and it didn't bother me that much. Example would be the cabbage guy where he was the punch line. Just glad he wasn't overused to the point it became a horrible, non-stop abuse of the character like in other shows.

One reason why i'm irritated at writers and how they make spike into the punch monkey/butt of the joke in things.

Still believe spike at your service could have worked with either two conditions.

1. Becomes so helpful to Applejack that she considers keeping him full time. This displays his skills that he would use in the library, and have Applejack display her honesty by being honest with herself and going to Twilight to talk about her feelings.

2. Keep it a Rarity episode, but show how devious Rarity is and give an homage to the Dog and Pony show of S1 where the sophisticated mare decides to "ride spike into the ground" with dubious amounts of chores. Spike eventually says that he has had enough and throws a broom down in front of Rarity. The pony feigns innocence to hear more before she compliments Spike for realizing what she has been doing, and friends help friends out.

@Amana09
he is such a well written character
even when he becomes good, i still liked him
in fact, i dont think there is a single character in avatar that was poorly written, some small roles but still good

Kind of why I liked Zuko in Avatar a lot since he got beat and grew angrier and angrier. Loved how he was given the chance for redemption and betrayed the entire avatar group, then took on the role as Ang's fire bending teacher with Katara hating his guts for quite some time.

Oh look, an ending that's not completely inconsistent with the bare minimum characterization she had been given.

Abandoned All Hope
Okay, this looks a little better.

Lets see where this takes us.