Oh hi, Markdown. We are migrating the site to use Markdown. This is currently in beta testing phase. Click here to learn more.
Pony with care! Remember to tag images from or revealing story of the G5 movie with spoiler:my little pony: a new generation, and report any images of camrips/leaks for Rule 1!
69 96 89 7 44
Subscribe
Galleries
Featured in
Sign in to create a gallery
Related
View VS Download DS
Uploaded 1 months ago by Twinkie Spear

sTs trinity
@Background Pony #F6C9
If twilight even released cozy, then every pony would hate her for doing that, more so than what discord did of releasing her and Tirek from Tartarus.

Also I forgot to mention that the mane 6 willingly released discord from his imprisonment (again), under Celestia’s order to do so, and to watch him closely until he showed signs of reformation in that episode in season 3.

Okay, but between season 2 and season 3 have passed a few months or a year at the most.
Then why are you so sure that in the end they didn’t decide to give them the chance to redeem themselves? Just because we didn’t see it doesn’t mean it didn’t happen.
We’ve been watching this show for 10 years and are you really convinced that Twilight and her friends are so cruel that they don’t even give it a chance? I highly doubt it, don’t forget that redemption has always been an important issue in mlp and that made it special compared to other shows.
Then it may be that the redemption didn’t work well and therefore they were forced to petrify them again or that this time they really managed to destroy Equestria and split the ponies, or even that everything went well and in the end they all had their happy ending. Nobody can know what happened and we can only give our personal interpretation.
I’m just saying that knowing Twilight, she would never leave them like this forever, because even though she’s not perfect she’s not bad up to that point, this is sure, and if they managed to redeem Discord why shouldn’t they succeed, if not with all, with at least one of them? 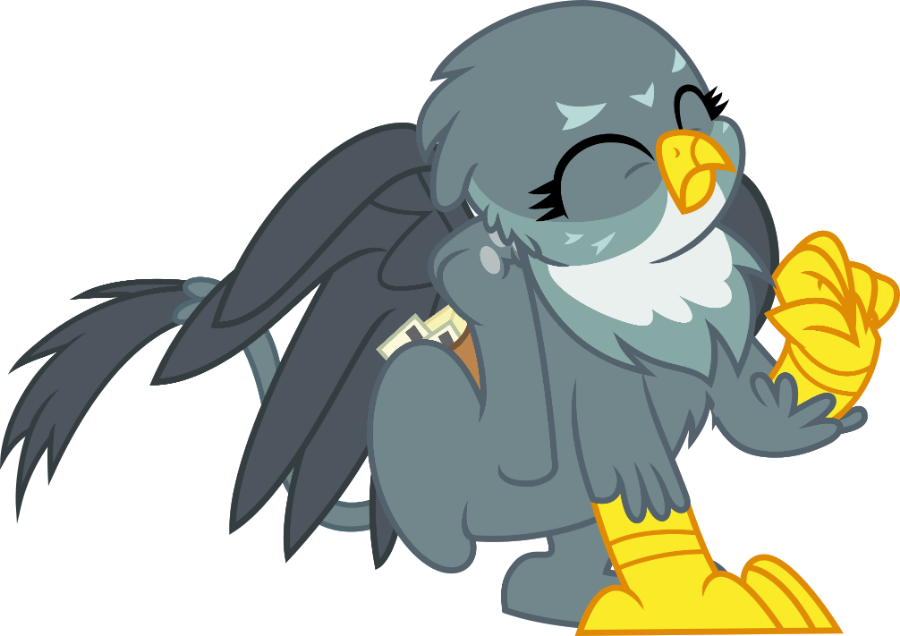 @Shimmering Spectacle
You are absolutely right. None of them are capable, or willing to be reformed.
Posted 1 months ago Report
Link Quote Reply

sTs trinity
@Background Pony #F6C9
i’m only gonna say this just once and clear, i’m not gonna say this again here, Cozy almost cause a pony civil war, Chrysalis was wanting revenge on Starlight for being under the thought that she turn her hive against her when she clearly didn’t, Tirek basically want the ponies to suffer while he feeds on their magic, and to top it all off, those 3 made sure that they don’t get any redemption after what they caused, not one bit of it, EVER!

and another thing discord’s stoned imprisonment lasted over a thousand years, so it’s a clear indicator that those 3 are still stoned during the events of g5.

Posted 1 months ago Report
Link Quote Reply
Background Pony #F6C9
@Shimmering Spectacle
Wait, there’s no evidence that they haven’t broken free in the meantime. We don’t know what happened between Twilight’s coronation and the future we saw in the last episode.
Then who said those three were left like this? As far as we know the time spent in that state may have lasted very little, just the need to let them learn their lesson and prepare them to be redeemed, as they did with Discord in Season 3.

sTs trinity
@Joshua
impossible, cause two things, one: she’s still stoned since the finale, and two: the g5 movie is set to take place 100 years or so, after the events of FiM.
Posted 1 months ago Report
Link Quote Reply
Joshua

@Wayneponeth
If the Pegasi were hogging all the magic, it might be partly Cozy Glow’s fault.
Posted 1 months ago Report
Link Quote Reply

Wayneponeth
@Shimmering Spectacle
Well, I guess that makes sense. Cozy Glow is a pegasus herself after all.

With how pegasi seem to be portrayed here, it wouldn’t be surprising they hog a lot of magic for themselves to be able to fly.

sTs trinity
@Wayneponeth
cozy was targeting magic from only unicorns, and from the artifacts too, just so she can beat them to submission

Wayneponeth
@Shimmering Spectacle
This doesn’t look like gliding to me, and if there were wires they should be visible for the audience and their flight pattern makes no sense with wires just like the other BP said. Maybe they do have a way to keep themselves in the air, artificial magic?

On the topic of pegasus flight magic, it’s actually pretty weird. When Tirek was taking away magic, it is said he was so strong he could take pegasus flight as well. When Cozy Glow was making magic disappear there’s no mention of pegasi losing flight and they never lost flight during that either. It’s a shame no pegasi went in to the changeling hive so we don’t know if the changeling’s anti magic works on flight. But in Sparkle’s Seven the Cantorlot castle is surrounded by basically the same thing and both pegasus characters fly in it (though it’s inconsistent because horn magic works in the castle too for some reason). Sometimes I’m not even sure pegasus flight is really powered by magic. Maybe pegasus flight is one of the most natural magic and is almost impossible to take away? Tirek was the only one strong enough to take away flight?

sTs trinity
@Wayneponeth
it’s either that they’re using wires, or that they have enough magic to glide.
Posted 1 months ago Report
Link Quote Reply

Wayneponeth
@Background Pony #B448
I actually believe that wire thing from the book is just a weird niche they came up with to make that game. It doesn’t actually mean pegasi can’t fly and use wires to fake it. The wire thing just doesn’t make sense.
Posted 1 months ago Report
Link Quote Reply
Background Pony #AE83
Miss Twitter Tweetface, Skyhook Karen and Feminist Strongmane lands into a bar…
Posted 1 months ago Report
Link Quote Reply
Joshua

@Shimmering Spectacle
Let me try. Hmm… Pegasi, and one of them has different wings, right?
Posted 1 months ago Report
Link Quote Reply

Grumpy and antisocial
@Background Pony #A5E0
It’s an interesting question. We may get an actual answer for that in the movie!
Posted 1 months ago Report
Link Quote Reply
Background Pony #A5E0
If they can not fly, what keep them up? There are definitely no wires that could have been used, because Zippy flies upside down before she stopped, and the queen had completed a loop when the recording began. Only Pipp seemed to fly a little more relaxing, because she seemed to have come out of a dive as she stopped and hovered down. It is possible air manipulation may be the explanation behind this, because when these began to come down, it appears that they are “held up” by something that cannot be seen, while Zippy and Queen Haven pose for viewers.

the trailer must be close now, it’s gotta be

@Wayneponeth
You mean like Zipp Storm who’d rather do science and athletics than play Angry Birds all day?
Posted 1 months ago Report
Link Quote Reply

Wayneponeth
@Joshua
I mean a lot of “woke” media have not much to do with phones. I think most are just afraid the phone would take over the spotlight because it’s “what the kids use these days” and “what’s trendy and cool”. It’s less of part of the movie and more of a promotional tool. There’s also the fear that they’ll be out of touch with it, like a lot of modern movies with modern devices.
While I understand the concern, I think that’s the least worrying bit. It seems Pipp has a lot to offer than just phone, and I mean even if she does obsess over her phone we have other characters that don’t care about phones, right?