9 13 12 1 13
Subscribe
Galleries
Featured in
Sign in to create a gallery
Related
View VS Download DS
Uploaded 1 months ago by Background Pony #00BB
2814x1425 PNG 3.05 MB
This image is blocked by your current filter - click here to display it anyway

Smart Heart
The only difference is that Andrias was written better.
Posted 28 days ago Report
Link Quote Reply
InsertPunHere

So, is Tempest the Marcy in this scenario?
Posted about a month ago Report
Link Quote Reply
Background Pony #5CE4
@Necrofeline
I mean, it's a punishment or rehabilitation bit. What good would sticking Tempest in a cell or administering corporeal punishment do, if she's actively attempting to make amends? What good would putting the Storm King in a cell do to make him not be an asshole CEO with great khan theming?
Granted, it's idealistic and simplified, but it's also y'know, from a children's show. 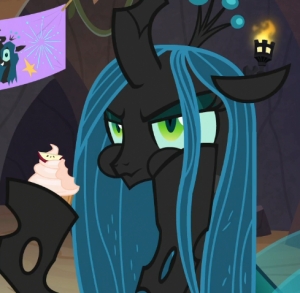 Posted about a month ago Report
Link Quote Reply
Background Pony #5CE4
@Necrofeline
Reasonable take, the only real counterarguments I see-
>We do see a lot of storm king aftermath, and he's unquestionably the one in charge. Doesn't entirely make her blameless (she was presumably actively doing some of it) but at the very least he signed off on everything and regretted none of it.
>She also did attempt to fix her involvement, and I wouldn't say an attempt to tackle someone about to toss a reasonably deadly weapon is "murder", specifically.
>Welcome to Equestria, where everyone gets a slap on the wrist.

Monsterboi Enthusiast
@Background Pony #F3A2
That still doesn't justify her prior actions in the movie itself, though

And yet she gets away with basically a slap on the wrist while he gets murdered?

Not cool in any sense.

I kid. It's part of my other overall movie take, which is basically "Character development, canonicity, and chronology are all out of whack because it's supposed to be a same-schema version of the show so far." The studio cannot reasonably expect you to go watch up to current first, and doing a movie that was literally just the first few seasons condensed loses all the characterization and gains nothing. The storm king being a jumbled discord or starlight and tempest being reflections of each other is less important than the overall setup of the same story playing out.

And Tempest is literally just Starlight if you dunked her in a vat of Cherry Coke and made her generic and emotionless.