Pony with care! Remember to tag images from or revealing story of the G5 movie with spoiler:my little pony: a new generation, and report any images of camrips/leaks for Rule 1!
70 98 94 4 52
Subscribe
Galleries
Featured in
Sign in to create a gallery
Related
View VS Download DS
Uploaded 2 months ago by dontebell

52 comments posted
Background Pony #68F7
@Delphince
Why not? I thought this comic could be canon. Unless we could ignore some of the flashback scenes to reconcile this. Or retcon them.
Posted 10 days ago Report
Link Quote Reply
nightshroud96
@Jacalope
Whats worse is Celestia is forcing Luna to do that too.
Luna WANTED to help like in Season 3 when Sombra came back but she wouldn't let her do so because its a "test" for Twilight.
Most likely all the times they purposely choose to not help, deep down Luna is pissed Celestia made her stay out of it. Like all of those times, Celestia forced Luna to stay out of it.
Celestia doesn't realize that will mess up Luna's already damaged reputation even further. Celestia's reputation might handle, but Luna's definitely won't. 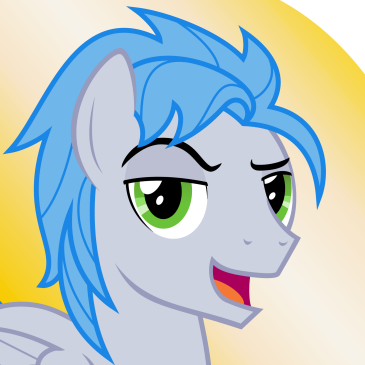 Sorry Andy, no matter how much you want it, Reflections will never be show-canon.
Posted 1 months ago Report
Link Quote Reply
Background Pony #90AE
@Phoenixflambe
Similar to Dickson from xenoblade chronicles
Posted 1 months ago Report
Link Quote Reply
chaotic-7
@GrimChariot
The other thing you need to keep in mind also is that IDW is a publishing house, it's not like the tell the writers of the comic to portray the characters in such a poor maner. I believe what happened was that Hasbro was confident that because the cartoon was a huge success (until it wasn't in later episodes) they aproached IDW with a contract that the had to put out so many issues…lets say over a 100 just to be safe for a nice sizeable sum of cash. So IDW, not to be one to turn down good buisness seeing as they also publish other works based off of their I.P's like Transformers and G.I. Joe to name a couple. Decide to take their offer and decide to put together a small team consisting of Andy Price and whats-her-name (I can't remember, only that she got fired within the first run of the comics). So after the first issue was released which sold quite well due to the hype, had gotten received with mixed reveiws. After a few short months time the comic was selling less and less, which IDW realized that they had a bit of a quagmire on their hands. They couldn't just scrap the series if they were under contract, they had to make good on their deal. Thus brings us to the multiple side series like Freinds Forever and Knights of Harmony, ect. If they couldn't scrap the series they'd just mass saturate the number of issues they needed to get out from under the contract. Which would explain why you had so many editorial and writing teams working on different arcs. As for the writers? I dont really think any of them really cared about the series as long as it meant that they got to put something to add to their resume just as IDW didn't care just so as long as they could keep up with the deadlines.
In other words quantity over quality. I also believe that IDW wasn't exactly selective with their writing staff either . Take Jeremy Whitley for example, to sum him up would be like if you were to take the DNA of both Ken Penders and Lilly Orchard and somehow manage to make a clone from that mess? Jeremy Whitley would be the end result.

To be fair, I'm not tring to hate on neither Hasbro or IDW comics. I just think if there was jus a little more thought and some proper planning? It probably would have been a great comic series, rather than just trying to treating it with the mentality of " well it's markted towards 6 year old girls, how hard can it be?"

Again just a lot of wasted potential due to poor planning and over assuming. I still enjoy the charcters, I dont think every charcter in the comics are bad, just either under utilized or just written poorly.

Noodles > Everything
@GrimChariot
Yeah, it's just strange the "oh, i know i am an important ruler but i will let me being defeated by any random villain just to make Twilight a better leader despiste there is a better way to teach her about being a good leader".

Even RD make a joke about Celestia being useless.

Posted 1 months ago Report
Link Quote Reply
GrimChariot
@chaotic-7
God the one where Celestia readily admits to Spike she knew about and could've prepared for any of the major villains except like three but instead decided to risk the world so Twilight could be taught.

Like christ-I usually attributed her floundering to incompetence/being caught of guard for any number of reasons.

Despite so many people telling me I see Celestia as a Tyrant I never went that far until Hasbro themselves all but said "Yeah, no, she's willing to let everyone die to teach one person a lesson."

The Umburum could've been a lesson in judging a book by it's cover and how history isn't often as proud and gilded as the ones in charge say but it turned into such a pile of holier then thou garbage.

Ugh…so many things that could've been done so much better since the comics have leeway and the Stupid Ball is what they handed to so many characters.

Noodles > Everything
@Phoenixflambe
That's not the status quo of the comic stories, believe me, it doesn't deserve the attention because it's boring at the 2/3 part of the comic, only the climax was shitposting.
Posted 1 months ago Report
Link Quote Reply

Hitch the 8itch
@GrimChariot
And then there's 'I'm not Starfire'.
Posted 1 months ago Report
Link Quote Reply
chaotic-7
@GrimChariot
And that's just it too. The writers never seemed to try to expand for future issues. It was like when they introduced the King of the Everfree Forest. Making Reindeer akin to Wood Elves was a nice touch, but they never really made them a part of the set universe other than giving them cameo appearances once and again.

There was so much potential with a lot of these characters and races and it always seemed to be squandered by either cookie-cutter writing or to be used for some snowflakes's political soap box.

Another problem that I had noticed, is that the comic had always seemed to struggle to find it's place. Like it was always trying to copy the show instead of focusing on its own narrative. For instance the show introduced the Student 6 and the comic writers just seemed to cram them into an issue like they've already existed and not even trying to give them any character growth.

Some of the story arcs were just flatout garbage too. Like the issue where Cadence is having doubts about her role as a ruler and questioning herself as to why Celestia chose her to lead. That could have been a golden opportunity to shed some actual light on her origins and how she's somehow tied to the Crystal Empire. But instead the reader is left scrolling through panels of her having a manic depressive episode. Just for Twilight to remind her that she's a nice person and the closing moral of the story is that labels hurt so change the label to something else.

Again, I myself don't read the comics much I've only gone off from what I've seen here on Derpibooru and YouTube.

But yeah, they could have expanded the comics "Rouges Gallery" roster quite easily. Look at some of the Archie Sonic comics before switching to IDW. Or at least expand on some of them more. Take Cozy Glow for example, is she really just a kid or is she suffering some type of dark magical curse that keeps her from aging? I know everyone sees her as Darla Dimple from Cats Don't Dance, but I see her more as Baby Doll from the Batman series…y'know the child actor who suffers from a rare type of hormone deficiency that keeps her body from aging but her mind does. I mean she seems quite intelligent for someone so young.

Which, isn't bad, but a lot of them had major potential and then dropped the ball either badly, comically, or in mediocrity(this ones a bit harsh but it's the only word that comes to mind).

The comics aren't no holds barred horrible but they have a few that really fell flat for the older crowd.

As for kids, I think it may be partially due to stigma comics have fell into with the overly complex or convoluted connections between issues and the dead spots that may be present there-in.

Noodles > Everything
@Phoenixflambe
Specially when in issue 100, we can see pics about them but only Ceridwen can be seen in action. All of them are different species or all of them are chimeras, nobody looks like Celestia and/or Luna.
Posted 1 months ago Report
Link Quote Reply

Noodles > Everything
@Phoenixflambe
I don't know if only Andy or actually all IDW crew really hates Cozy Glow at the point they want to pretend Ahuizotl is still a villain than accept a kid is a dangerous villain to make reference (i can't blame them…).

But with Pony of shadows it's strange because IDW really cares that villain for being part of an illusion that was the connection between the comics and S7 for things like legends of Equestria and stuff. Is kinda weird he didn't get any reference in that cover, replacing Rover.

And i think Cosmos was fine meanwhile i really think that was unnecesally put 2 evil versions of the sisters instead of only one version to put any other villain.

Hitch the 8itch
If that wasn't obvious already, he really likes "Reflections". Or the idea of evil Celestia and Luna anyway, since he placed them right near canon evil Celestia and Luna. Weird choice of villains really, 3 of them are comic exclusive and can therefore be disregarded and 4 of them have reformed, 2 of the 4 being comic exclusive and again can be regarded as non-existent. Rover also seem like not a big threat at all. If I can have it my way, I'll replace the following. Cosmos with Discord, Ahuizotl with Cozy Glow, Mirrorverse Celestia with Grogar, Mirrorverse Luna with Pony of Shadows and Rover with Starlight Glimmer. As a bonus, I'll give Sombra a goofier expression.


@Background Pony #B1C2
You know what campfire stories are right? You still a boy scout or something?


@Background Pony #CAB3
You're thinking Wolverine Publicity. They should update that page. 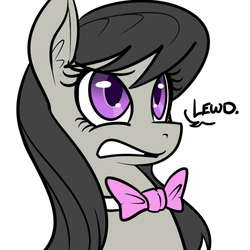