8 comments posted
Background Pony #2A21
@Background Pony #A0EE
Well, we do know her mane is an unruly poof before styling. Dunno about “boink” though. I guess her mane is scientific progress.
Posted 11 months ago Report
Link Quote Reply
Background Pony #2AC2
So Sunny is the future alicorn in the G5. I seem to see a pattern; Celestia - Twilight - Sunny. It is possible that the young earth pony - which is probably meant to be a continuation of the earth pony Twilight Sparkle from the first draft of the G5 - will represent a new beginning, a new start as when the morning appears with the sunrise. In that case, Twilight was the sunset itself on a very long story that began a thousand years before. Here, Sunny will begin on bare ground after a long night, with memories of yesterday with the heroines of the past.
Posted 1 years ago Report
Link Quote Reply
Background Pony #C657
nice
Posted 1 years ago Report
Link Quote Reply 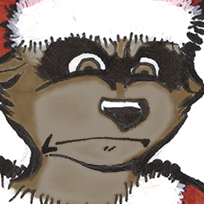