So I haven't drawn for like over a month since I was busy building a shed, and then my computer died and I had to get a new one. Moral of the story, keep frequent backups since the hard drive was completely screwed but I didn't lose any data or pictures due to backups :D

So to get back into practice I took the original pic of Star Tracker COSPLAYING and drew some costumes on him. Here they all are enjoy :P

I actually drew his entire body and then drew the dress over it, so here's just the nude body :P

@Background Pony #4961
Cuphead's good because it's hard as balls, but it's almost never unfair. The only boss that outright sucks is the giant robot, since his attacks overlap in a way where sometimes it's just outright impossible to dodge them :P

@Wayneponeth
It's definitely one of the things that was great about the old Commodore 64. No matter what you did, no matter how bad you effed it up, turn it off and on and it's right as rain, and most of the parts were off-the-shelf. Like, it had a capacitor burst in it, and I took it out, cleaned it, soldered in a new capacitor, and it was fixed :D

Wayneponeth
@Badumsquish
Coincidentally I also got a new computer recently. It's not super good but definitely better than the old junk I had. :P
Posted 3 months ago Report
Link Quote Reply
Background Pony #4961
@Badumsquish
Glad to hear thar you're always safe with your files.

Mega Man 11 is pretty good. I have it on Switch, and even though I struggled with Superhero Mode, it was still fun. Haven't beaten Dr. Light's Challenge yet, but I'm trying.

As for Cuphead, I don't have that game, but it looks pretty fun if you don't mind the game kicking your butt every now and then.


@Mellow Rhythm
I've always been in the "avoid that stuff like the plague" camp. Especially on a site like this where filters work so well. It's why I never get political with my pictures; no matter what political thing you say, between people who disagree with your views and people who just don't want politics put into stuff, you're like guaranteed to alienate about 70% of the people looking at it D:

On the other hand, there are people who not only crave controversy, but actively seek it out for themselves. So there'll always be people like that no matter what…

ᗡ: 📶 📡
@Peternators
Not really. Like, I don't do requests but I do sometimes read something in the comments or whatever and am like "that's a good idea." Right now I'm specifically just trying to get better at drawing clothing :D

@JP
@Mellow Rhythm
I've always been in the "avoid that stuff like the plague" camp. Especially on a site like this where filters work so well. It's why I never get political with my pictures; no matter what political thing you say, between people who disagree with your views and people who just don't want politics put into stuff, you're like guaranteed to alienate about 70% of the people looking at it D:

@Background Pony #4961
I always get a laptop that has two hard drives, in fact my new one actually has three in it, and I never keep anything important on the main drive. I use Paragon Backup and Recovery too, and it backs up my data to an external drive once a week. Like, the only things I lost were the save files for a couple of games like Mega Man 11 and Cuphead, since I have the backed up files but I have no clue how to insert them into my new installs of those games. Even then, I didn't exactly lose much progress anyways so it really doesn't matter to me XD

@Wayneponeth
It was actually a huge net gain for me. My new computer has a solid state C: drive so it boots up in like a second. It's insane how fast it starts up. Also it has a glowing keyboard which is a huge plus for me. It's an HP something-or-other :D

@Dirty Bit
It was a good way to spend some quarantine. I went all-out too, it's insulated, has power and water lines, everything. I have a lot of experience in that sort of thing, so the only thing I had to contract out was the foundation and the roof :D

That's him, officer
Props for building a shed yourself.

Wayneponeth
Welcome back man! I'm actually glad it's just technical problem instead of something serious.
And we start off with this cute little colt! :D
Posted 3 months ago Report
Link Quote Reply 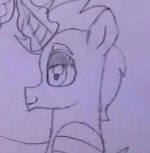 But welcome back, glad to see more art from you, and especially of this cutie.


@JP
Just as well that he's still there.
tumblr is a mess (well, always has been really), and Ponybooru? There's like two whole people on that site!
I find jumping ship just as silly and petty as the insignificant content-related controversies that happened here.
Guess people would rather bitch and moan than use filters

I miss the show so much
Badum, you're back!

(For a while I was afraid you wouldn't come back. So many people have left and I feared you'd be the next to leave.)

Looovee all of theesseee, are you open for suggestions?
Posted 3 months ago Report
Link Quote Reply