…….this fandom and it's weird ideas and made up origins on how they view a character. When the fandom came to be in really around 2011, people started coming up with weird stuff or "headcanons" about specific characters. Sweetie Bot, shipping random characters with one another or with crossover characters, Cupcakes (I know now with fans taking ideas from the Party of One episode so I can see that), Tyrant Sparkle who was seen as an evil dictator, trap Twilight, and some others out there. However, the biggest one that caught my attention was the fandom having Lyra obsess over himans like most of the bronies loved the magical colored equines. I'm the quiet and reserved type that kept to myself and just observed a lot of the things over the years till the very end and this was the one that I went wtf over. How and why fans drew Lyra, of all ponies from the show, obsessing over humans, is beyond me, but here we are. You'd think it'd be the pink 4th wall breaker herself. So, as with most of my ideas, I grasped this fan idea and took inspiration from it to draw anthro Lyra obsessing over human life. 2 years ago I drew a picture of Lyra sitting in her kitchen thinking about meeting a human. It's still up in my gallery. The picture was supposed to have a few micro humans hiding from her line of sight behind a coffee mug, but I forgot to draw them in. Believe it or not, the Lyra wanting to see people was what cemented my love for drawing micros around a giant girl's house, staying out of their sight. A weird fetish indeed. I can never get enough of tinies around normal-sized women in their house, human or not, while trying to flee theur sight. The thrill of being caught by them and captured, making the viewer wonder what they'll do to them. I'm not talking about a realistic standpoint where the girl will freak out from seeing them. I mean the ones that will actually try to grab and toy with them, especially the bad girl tomboy types (it usually ends up in some lewd situation). This entire process is what I wanted to do with Lyra. Lyra is most definitely the type of character in my way of doing things that will immediately try to capture a human and they need to avoid her sight at all cost only while inside of her house or for that matter, Equestria. I made a bit of a story where Twilight wanted to study humans more after she went to the EG world. She shrinks and teleports one to her house, but accidentally sends waves of them in as well, scattering them all over the place. Her job is to find them all and safely return them. Some were in safe places like with Fluttershy and the others. However, some ended up in the wrong homes where capture could lead to bad situations like with Chrysalis, Diamond Tiara, Cozy Glow, Luna, Ember, Smolder, or Garble, any of the CMC, any of then EG characters like the Sirens, the 5 girls from the Equestria Games, Sci-Twi, or Wallflower Bush, but most especially with Lyra. They hide from her, running all over house looking for a way out while avoiding detection. Lyra actually rerouted some of Twilight's teleportation magic directly to her house so she could trap them in to locate and grab them. She'll immediately chase after them the moment she see's or sniffs them out while also smiling slightly creepy to try to immobilize them in fear. Getting captured by Lyra won't end well as she'll take them to a backroom in her house to do who knows what to them, locking them in afterwards. Hints lead to fetish things like making them rub her feet/hooved feet, vore, licking them repeatedly like popsicles, lewd things, etc. Thankfully Lyra has bever caught any yet, but only very few have escaped her house and made it safely to Twilight's castle. A few will hideout in her bedroom or living room till a chance happens like her cracking open a window. The same thing will happen if a normal sized human ends up in her house and it won't give the human any advantage still. She'll be overwhelmed with crazy strength and adrenaline at the excitement of seeing an actual-sized human in her house and will charge at them fast to grab them and take them to her backroom for them same said treatment. She'll never attempt this if she were at someone else's house ir the human world itself. Humans have guns in their own world, she doesn't so she be's casually nice to them instead of crazy. Anyways that's my view for this Lyra.

Oh also I'm sure most of you by now have at least played Little Nightmares 1, 2, or both. Let's just say that those games provide by far the best example of how I like the micro/macro thing as you play a small bieng doing exactly as I just described in this long description.

(Foil Hat)
@Conversed Corruption
The door one would probably be just this with a different pose and a simple background (for the door) in terms of complexity.
Posted 26 days ago Report
Link Quote Reply

Well then...
@Wiimeiser
It's fine. As long as it's not too crazy or involving too much work I can try to do it. I mostly do things based off inspiration
Posted 26 days ago Report
Link Quote Reply

(Foil Hat)
@Conversed Corruption
I'm not really thinking of asking for anything specific, myself, anything I've been keeping in the back of my head is basically just certain characters and how ponies deal with human doors (and furniture I guess)

And I remember a couple of things I've requested from artists in the past, like a Sonic action scene or some Touhou comedy scenes.

Well then...
@Background Pony #EEBF
I won't speak for commissioners since they get paid to draw things, but as far as free requesters, the requester can ask for pretty much anything, especially things that an artist could be uncomfortable drawing. Along with it could bring stress with a bombardment of random request which is what I didn't want to go through. It feels like you're on a deadline when you really aren't to get them done as they'll often ask if you're done with them. So…I created a different way for people to still see things I draw, inspirational request. These request are ideas that people can bring forward to me based on many of the things we share our likes on like macro/micro, vore, foot fetish, etc. For example, a requester will notice that I draw a lot of micro works (which I love the most) and will add an idea like "hey I noticed you like drawing tiny people massaging giantess feet. Maybe as an idea you can draw micros crawling on (x characters) feet". Or "You like Fluttergoth vore, maybe you can have her get mad at several micros in her house where she'll grab and swallow them all down for interrupting her yoga session". This gives me freedom to accomplish what we both like without feeling like it's on a time limit since it's not a commission or real request.
Posted 26 days ago Report
Edited 26 days ago
Link Quote Reply
Background Pony #EEBF
@Conversed Corruption
Oh… well then take it just as a suggestion/idea. And of course you can change it as you like.

Really hard to distinguish what would be just an idea and a request.

Well then...
@Background Pony #EEBF
Hate to say this, but I don't do request currently or may never do them. I only take inspirational ideas. To get that, take a look at my profile page and only read the bold lettering to know what I will or won't draw.
Posted 26 days ago Report
Link Quote Reply
Background Pony #EEBF
@Conversed Corruption

I wonder if you would consider a request?
Lyra or/and Sonata — hypnotised into thinking they are wearing clothes but in reality they are either having only badly drawing 'body-paint' painted clothes on themselves or being simply nude.
:)

Well then...
@Wiimeiser
Even if I did paragraphs, people who choose to read what I put are still gonna be reading a lot of this regardless of how the format looks. The wall of text tag will sti possibly be there. I did break this up into paragraphs, but DA screwed it all up along with some additional things I tried adding.

(Foil Hat)
The wall of text issue could be fixed by making more paragraphs.

Also, the whole "personality traits based on one scene" thing is already happening with G5.

Well then...
@Twilight_Shimmer
It's fine. I usually put descriptions up that long to describe my personal preferences and history about a character or towards them and they don't need to be read at all. To quickly summarize, I took the idea of Lyra getting obsessed over humans from the fandom and had her transport them to her house as micros so she can find and grab them sort of hysterically. Twilight wanted to teleport just one over to her world for study then she'll safety send them back, but Lyra interefered and redirected her magic to her house and to several other locations all over Equestria.
Posted about a month ago Report
Edited about a month ago
Link Quote Reply

that wall of text is too hard to read lol. Cute image though
Posted about a month ago Report
Link Quote Reply

Well then...
@DrCool13
Thanks. This was actually based off a much older design I did years back of her. I may still end up making some changes later.
Posted about a month ago Report
Link Quote Reply 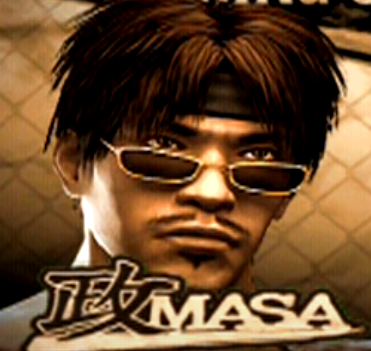 Ashy Knuckles All Day.
That's quite a neat outfit.
Posted about a month ago Report
Link Quote Reply

Well then...
@Nine Tails
Oh I've seen that. Never knew that was the thing that started it.
Posted about a month ago Report
Link Quote Reply 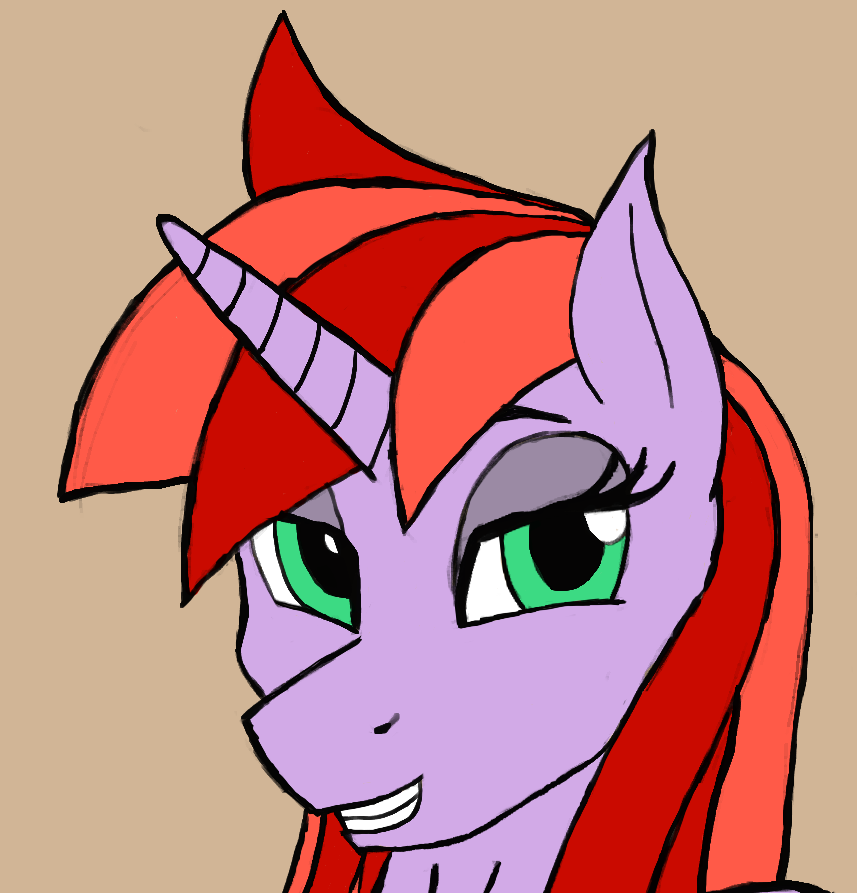 Nine Tails
From my understanding and my recollection I think theirs a scene in one of the early episodes where Lyra is sitting like a human in the background, and somehow this evolved to her liking humans. At least this is how I’ve understood it.
Posted about a month ago Report
Link Quote Reply