Remember that these are not canon and are just my interpretation of the events :,D. I personally always thought that Starlight's motive for becoming the leader of a CULT was…pretty weak, i'm not saying my hc is any better but,,, just because her friend left her she kind of brainwashed a bunch of ponies and later tried to destroy Equestria's timeline?! So yeah qvq, sorry for my lil rant, hope you enjoy them!!

1) The Glimmer family: Starlight Glimmer was born to the happy couple of Firelight Glimmer and Gloomy Spirit. Both of them lovers of vintage antiques, Firelight specialized in restoration and Gloomy was a researcher of the darkest eras of Equestria. Starlight was a very spoiled baby.

The Shimmer and the Flare family: The Flare sisters, from oldest to youngest, Stormy Flare, Stellar Flare and Fire Flare, all of them daughters of socialites from Canterlot. The Flare family had high standards and 𝗔𝗟𝗪𝗔𝗬𝗦 succeded. Stormy was a stellar Wonderbolt, Fire was an amazing firework maker, and Stellar…she married well. Stellar had married to Limelight Shimmer a business pony, who was never at home, and had two childs with him: Sunset Shimmer and two years later Sunburst Shimmer.

2) "Oh Sunset! Guess what honey? Your father and i agreed into enrolling you into Princess Celestia school! Go pack up, you will go there tomorrow!"
"But…i don't want to leave Sunny, he will be all alone" "But dear don't you see? It will be a amazing opportunity!" "But…" "𝗦𝗨𝗡𝗦𝗘𝗧 𝗦𝗛𝗜𝗠𝗠𝗘𝗥, i have BIG plans for you, and they include you going to that school! You have an amazing potencial young lady, a great power, and you are just going to let it go down the drain?! In this family we aren't quitters dear, we SUCCEED we don't FAIL, so, are you going to the school tomorrow?" "Yes mommy…" "Good, your mom it's just trying to give you the best future dear"

"Lookie Sunburst! I can levitate it!!" "Oh Starlight that's so cool!! I'm sure we can learn more spells tomorrow!"

Stellar wanted her children to have a bright future no matter what, and she didn't realized that she was actually hurting them deeply.

3) So yeah, we all know what happens, Sunburst get a sudden burst of magic, gets his cutiemark and lefts Sire's Hollow to go to Canterlot, leaving Starlight behind. This is 4 years later, when Sunburst and Starlight are both 12 and Sunset is 14.

"Sunset!" "What do you want Sunburst? I'm extremely busy" "Please help me prepare for the exam, i studied all night but..i can't do it, please…i don't want to 𝗳𝗮𝗶𝗹" sigh "Okay, but i will not be here to help you always Sunny! You have to face things for yourself!"

Sunset was always the top of her class and the star student of Queen Celestia (and who she thought would bear the elements at it's due time) Sunburst was the total opposite, he excelled at his paper test, but the physical/magic ones…he failed almost every time. You see, Sunburst wasn't very skilled at magic, his true talent was research. Sunset put a lot of pressure on herself, she had to make everyone proud, and in turn she became more obsessed with being the best, and while her power growed, she grew cold towards people.

Starlight's life was crumbling in front of her, she truly tried to be friends with other ponies, but never connected with anyone the way she did with Sunburst, her cutiemark appeared, but she posponed her application to the school because her father got a terrible illness, and died soon after, this left her very sad and hardly went out. She poured it all over the fact that if it weren't for those drenched cutiemark she would have someone who could understand and comfort her, but NO. She was disgusted at how pony society took their cutiemarks too literal! Little foals bullied because of their blank flanks, having your destiny and all your life planned for a silly mark on your flank. This is when she discovered a book from her father (gloomy) library, it talked about villages in the past, villages of outcasts ponies with no cutiemarks, and oh, she thought these would be paradise to live in, with everyone being equal, no pony becoming the shadow of another one. She completely missed the point.

4) We know what happens with Sunset, due to the pressure she becomes selfish, and wants to avance in her classes IMMEDIATELY, Celestia doesn't let her and sees the danger of her actions, and she jumps into the Crystal Mirror. Celestia tells her mother and brother the truth, Stellar breaks, she thinks it's her fault…and becomes a lot softer and flexible about what her children want for their life. Sunburst drops out of the school, and begins to work as a librarian assistant in Canterlot, he isolates himself more and more, his best friends are the books. After the Crystal Empire reappears he moves there. 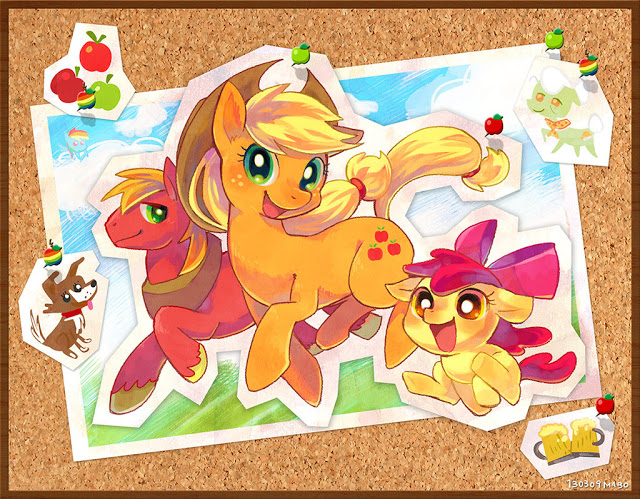 PoemeMystique
Sunset's story has weird Horus Heresy undertones. She's a bit like Magnus the Red, and Celestia's a bit like the Emperor. If Starlight had any connection with Celestia (if she were another dropout from the school) the resemblance would only grow.

That's what this fanart made me think of, for some reason. The sense of all the remarkable and talented individuals, their stories, heroic flaws and personal tragedies all intersecting with power politics, I suppose.